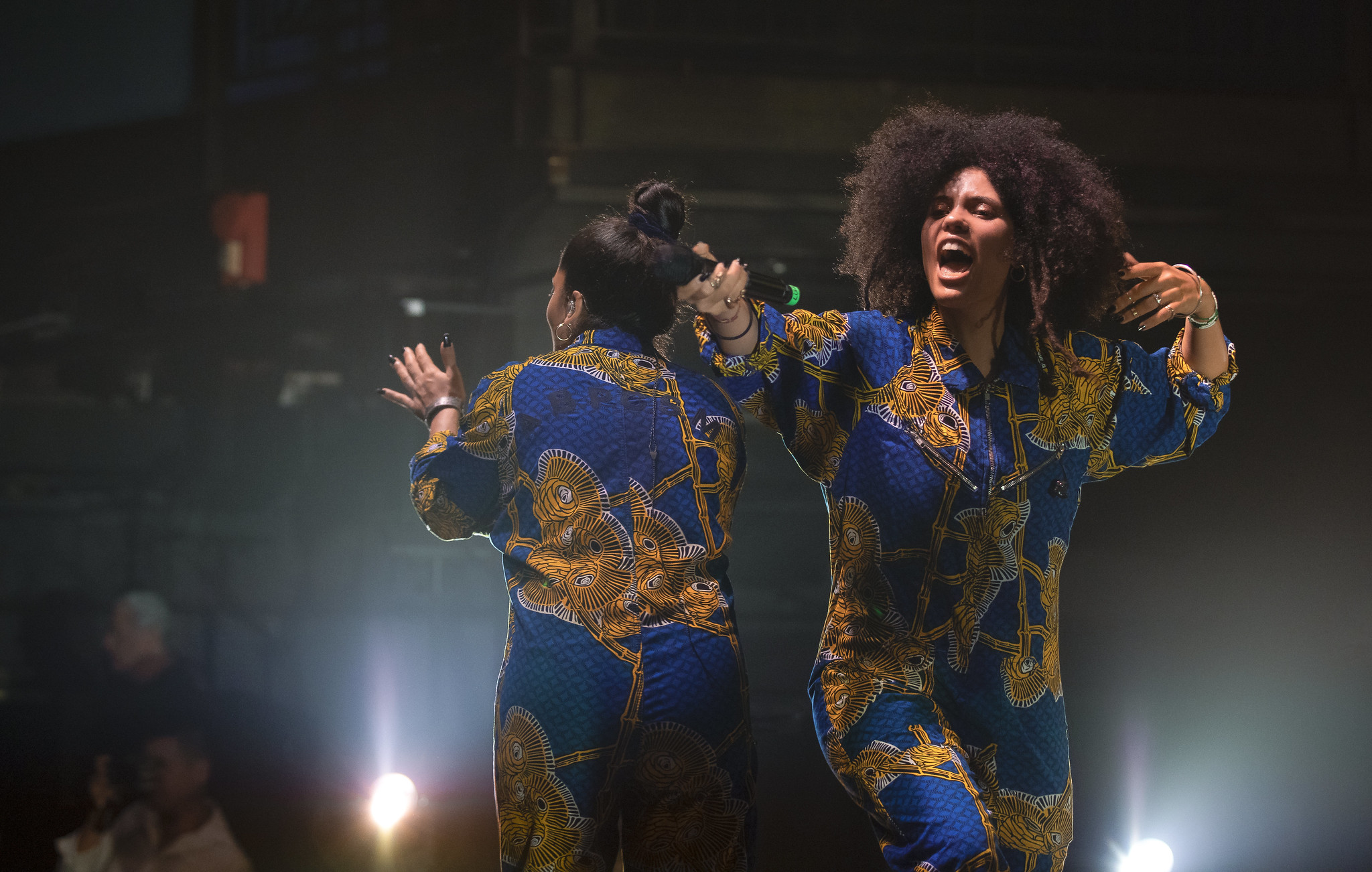 In a modern world, it may be easy to overlook our ancestry, but often these influences cannot be denied — they beat louder than a drum. French-Cuban duo Ibeyi weaved their Afro-Caribbean heritage with hip-hop, electronic music, and soul during a recent show at DC’s 9:30 Club.

If you were at the June 9 concert, you heard Spanish, French, and English as you crossed the 9:30 Club parquet floors. There were young adults, older people, parents with children and many still reveling in DC’s gay pride weekend. It’s no surprise that the duo would attract such an eclectic crowd. Ibeyi, which means twins in the Yoruba language, are a pair as unique as their fans.

Lisa-Kaindé Díaz and Naomi Díaz stepped onto the stage in their signature jumpsuits. On this night, a blue African print with yellow accents. Naomi wore her hair in a bun, while sister Lisa-Kaindé rocked a voluminous curly afro. The subtle differences in their appearance weren’t the only things that distinguished the fraternal twins. Lisa emanated a maternal vibe, while Naomi’s cat shaped eyes conveyed a hint of mischievousness.

“I wish I was as gangsta as Naomi,” Lisa-Kaindé said of her sister. Naomi coyly bowed her head, before raising it to reveal gold fronts as she extended her fingers in a gun like gesture. “I Wanna Be Like You,” was Lisa-Kaindé’s homage to her sister’s boldness. Lisa-Kaindé played the piano and sang while Naomi struck the cajón. Naomi picked up the Cuban/Peruvian percussion instrument after her father died of a heart attack in 2006. The twins were 11 years old when he passed.

Music runs deep in the Díaz family. Anga Díaz, Naomi and Lisa-Kaindé’s father, was a Grammy award-winning Cuban percussionist — and a member of the Buena Vista Social Club. Their mother, and now manager, is French-Venezuelan singer Maya Dagninon.

“Mama Says” was a beautifully haunting tribute to the duo’s parents. The sparing arrangement was befitting the song about their mother’s despair after losing their father. The sister’s singing gave way to chants in Yoruba, an African language used in the Santería religion. 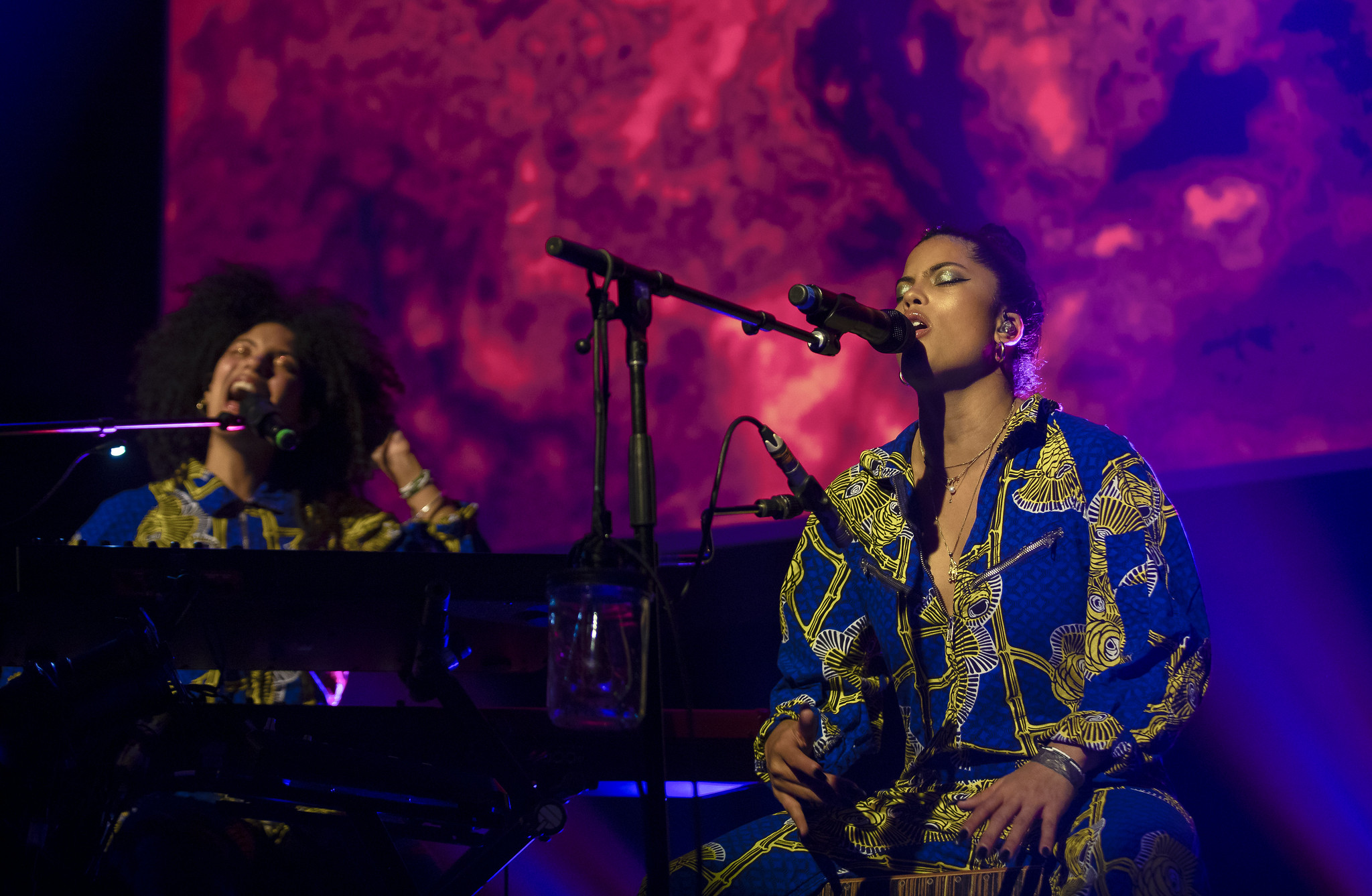 During the show, the duo appeared to feed off their fans’ energy. “If your neighbor can’t hear you, you’re not singing loud enough,” Lisa said during their performance of “Transmission.” The audience’s response received a smile of approval from Lisa-Kaindé’, but Naomi was a little harder to please. She shot the fans a playful glance that chastised them for holding back.

Ibeyi engaged the audience in a call and response during their performance of “Deathless.” “We are deathless,” they sang to the fans, who returned the phrase in unison. Naomi gave a grin of approval.

“Deathless” was inspired by an incident involving Lisa-Kaindé when she was 16 years old. She was racially profiled by a French policeman who humiliated the teen by dumping her belongings on the ground as he presumptuously questioned her about drugs. The word “innocent” was projected on the screen at the back of the stage. The song was an anthem for those who needed to find strength in moments of vulnerability. “If you have no faith for tomorrow or feel unseen, unheard, or misunderstood this song is for you,” said Lisa-Kaindé.

An African proverb says that when the music changes, so does the dance. The uptempo “Me Voy” (“I’m Going”), Ibeyi’s first song in Spanish, was made for dancing. Naomi took the opportunity to give herself to the reggaeton-like rhythm. She whined her waist and swayed her hips to the fan’s deafening cheers. At one point a red projectile came flying onto the stage. Then there was a green one. “I never thought the day would come that panties are thrown at us. I will remember this night for a long time,” said Lisa-Kaindé.

The sisters raised their fists in triumph after the end of their performance of “Ash.” They would leave the stage for a moment before returning for a two-song encore. Naomi took the lead on the mostly a cappella version of “Waves.” Ibeyi then went into fan favorite “River,” off their 2015 self-titled debut album, before ending the night with a final round of rousing chants of “we are deathless.”

Watch the official music video for “River” by Ibeyi on YouTube:

Other highlights from the night included Ibeyi’s performances of…

Here are some photos of Ibeyi performing at 9:30 Club on June 9, 2019. All photos copyright and courtesy of Will Colbert. 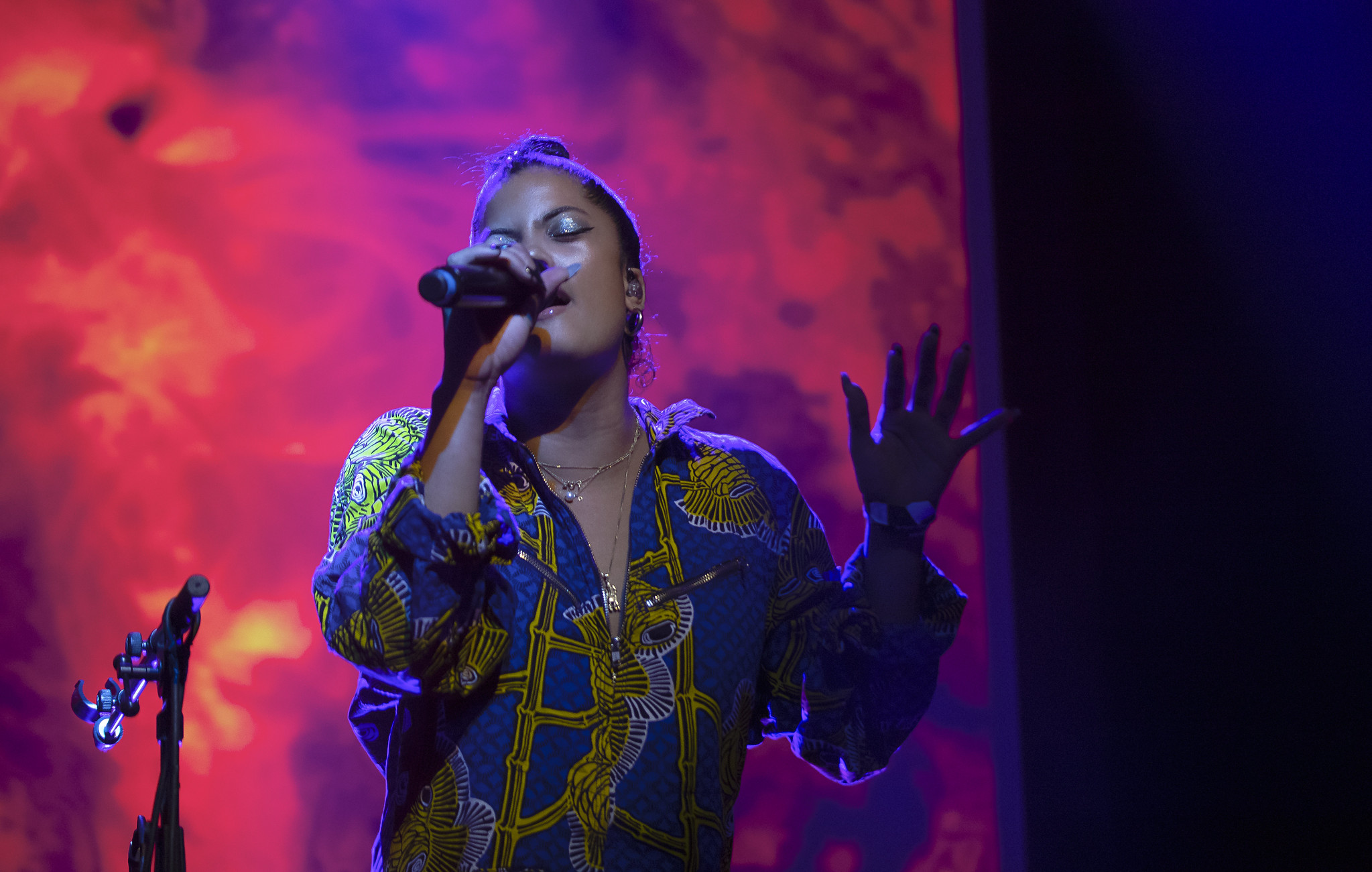 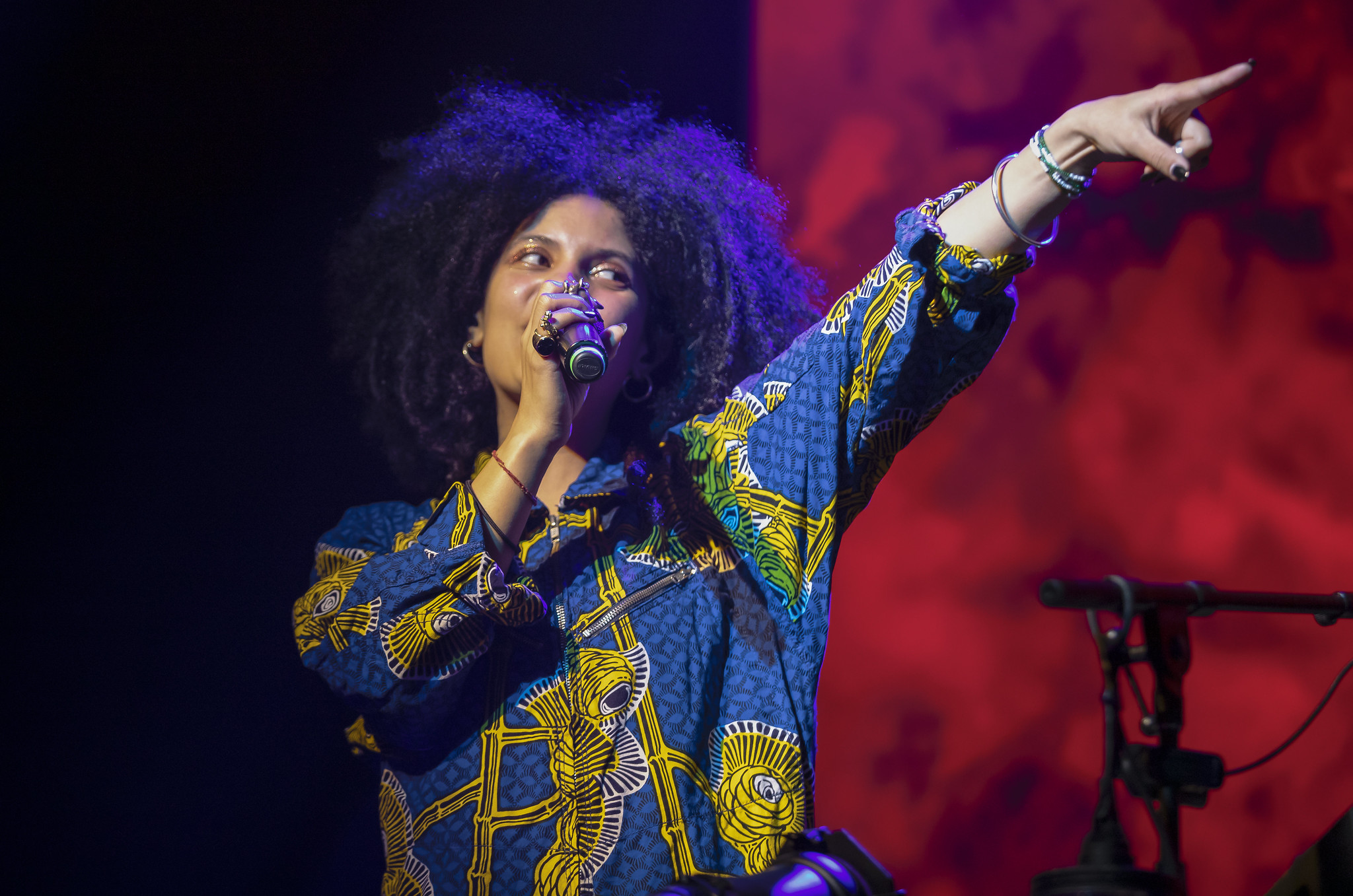 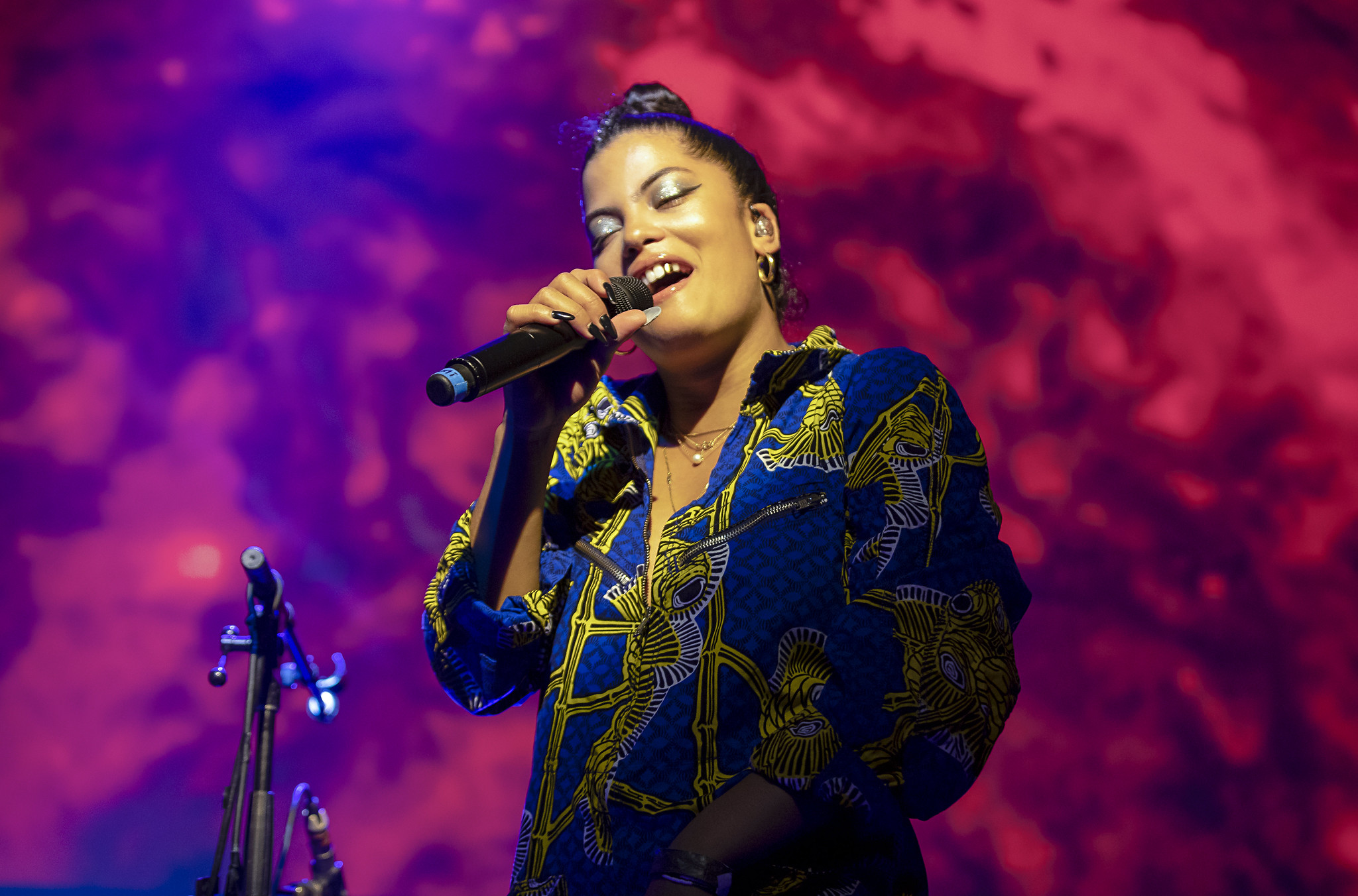 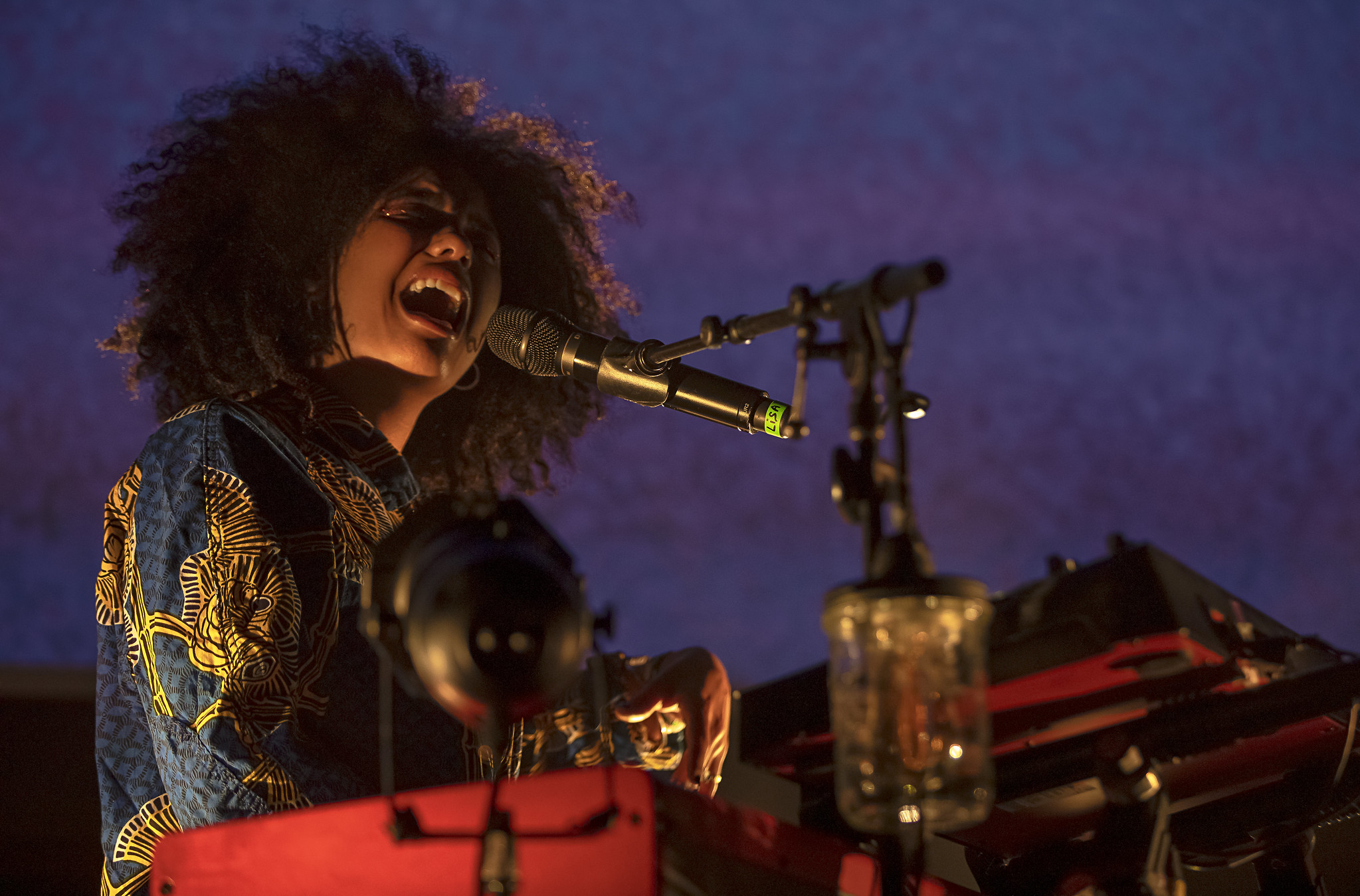 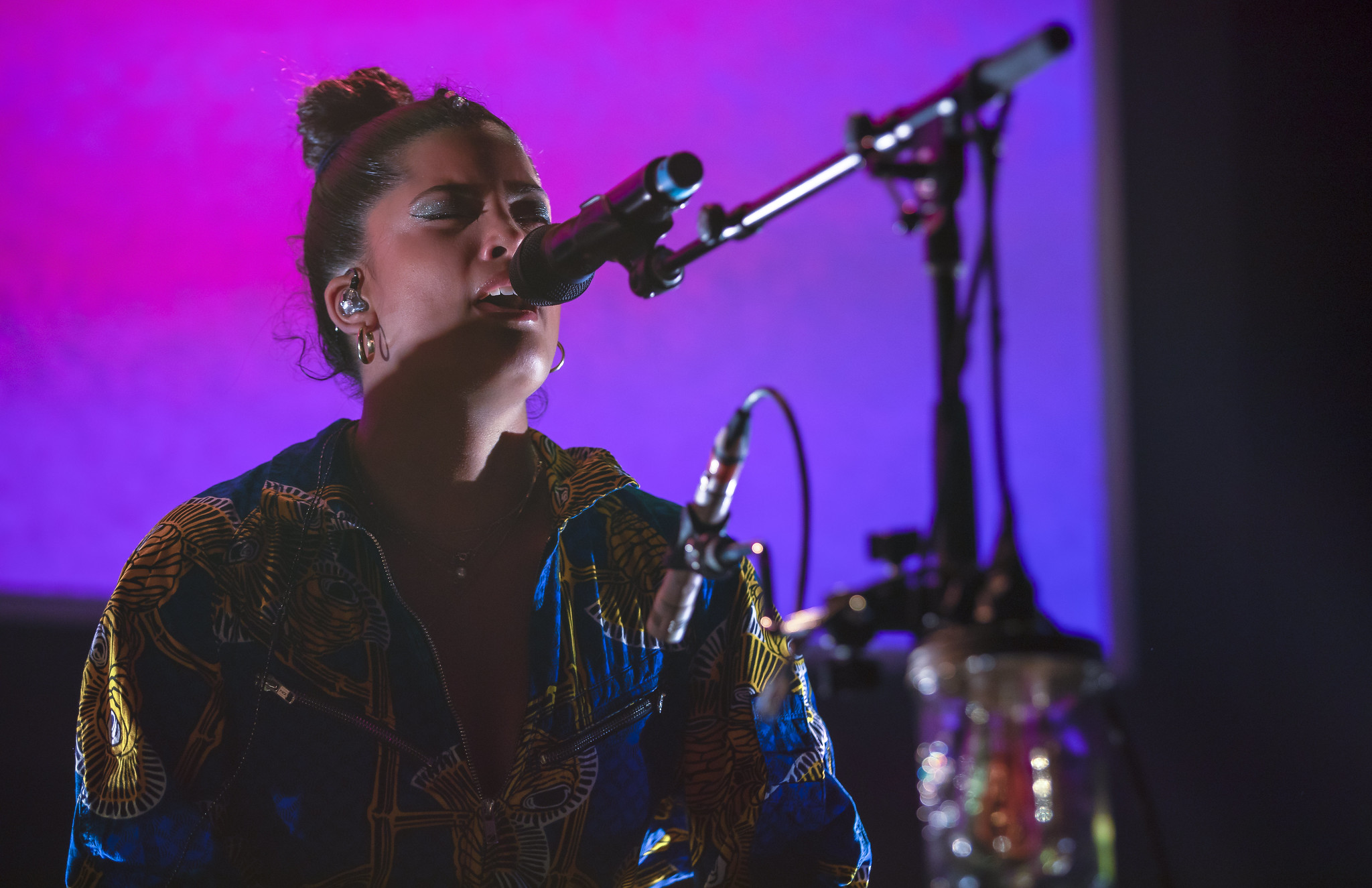 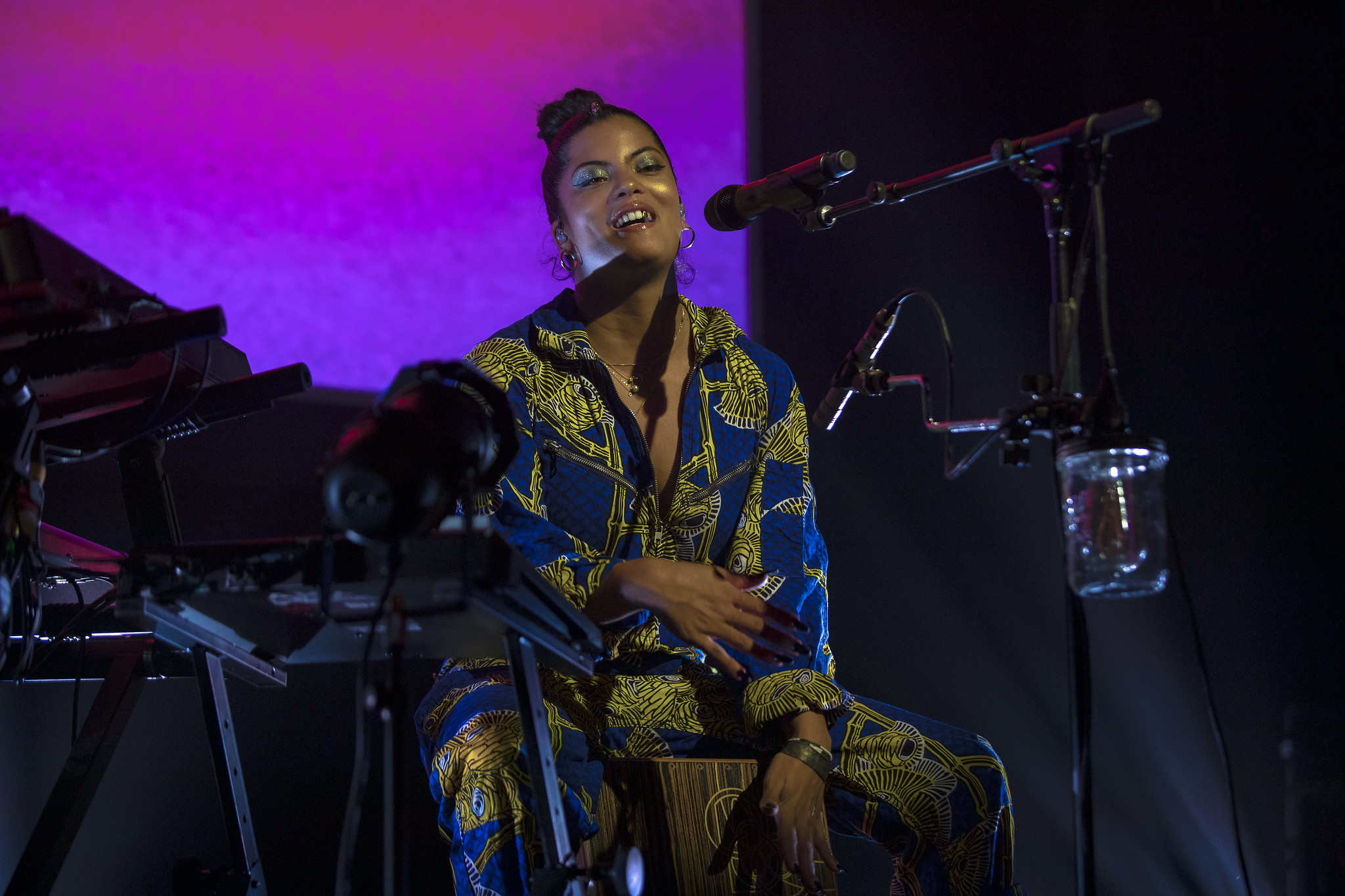 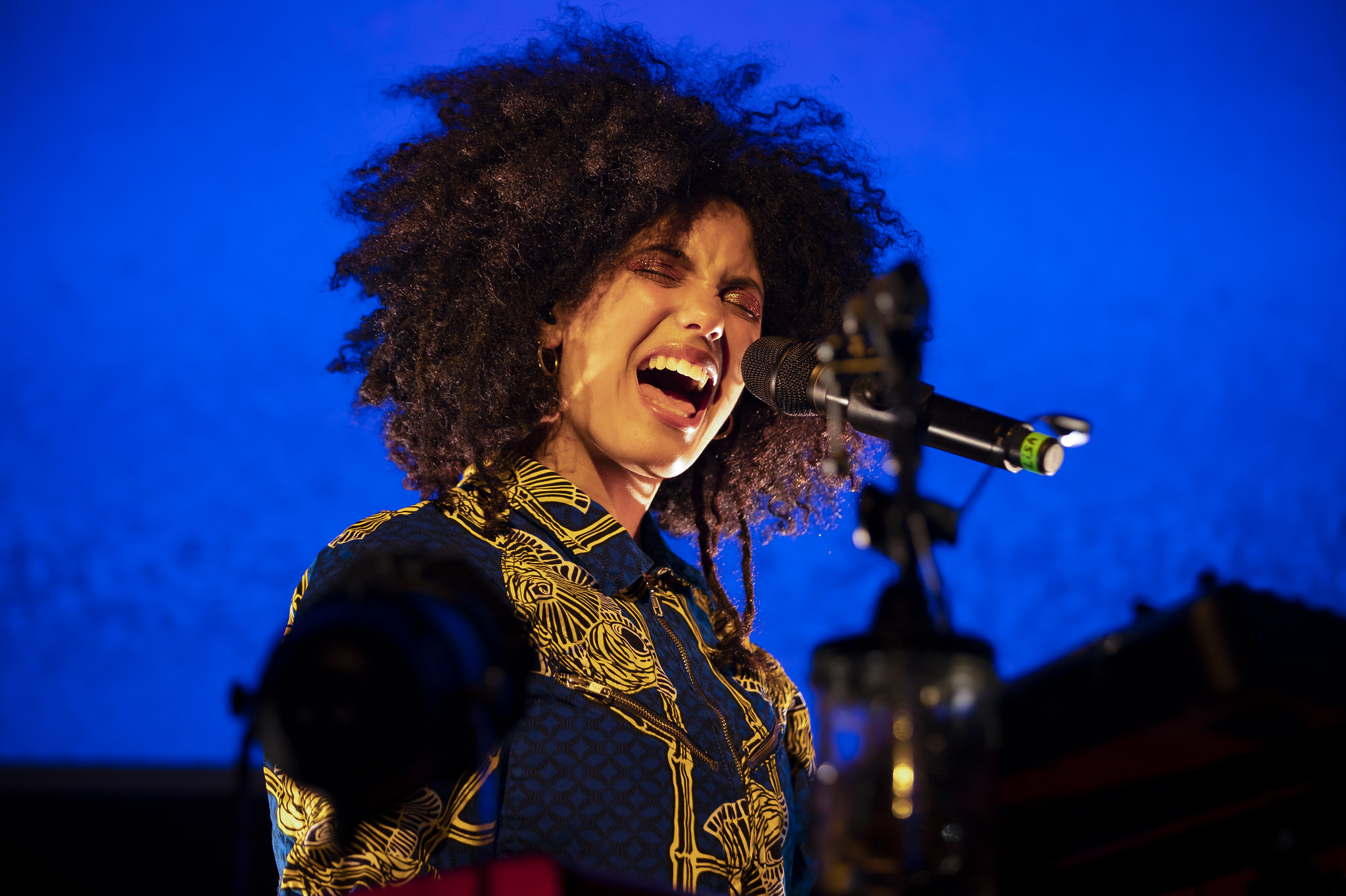 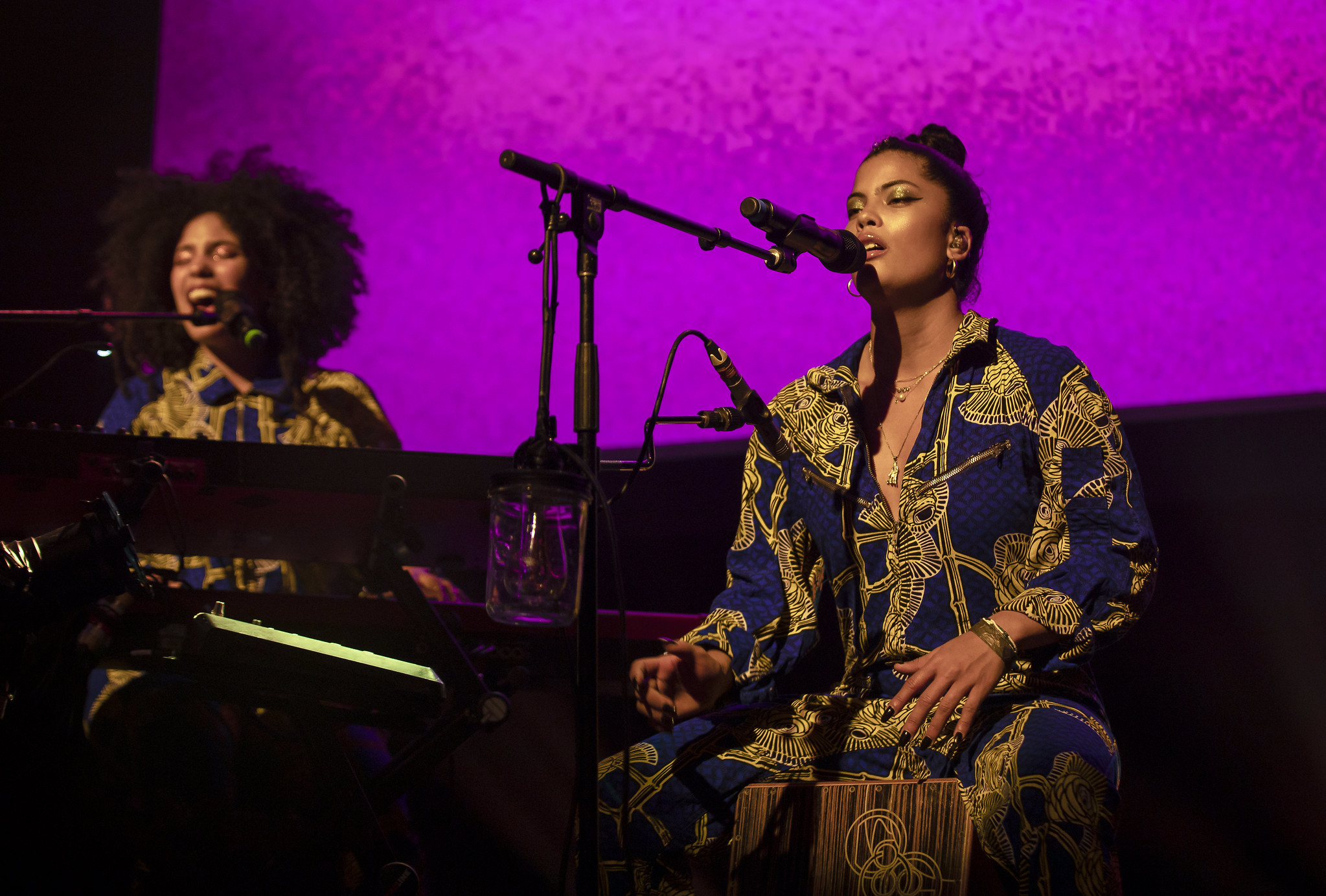 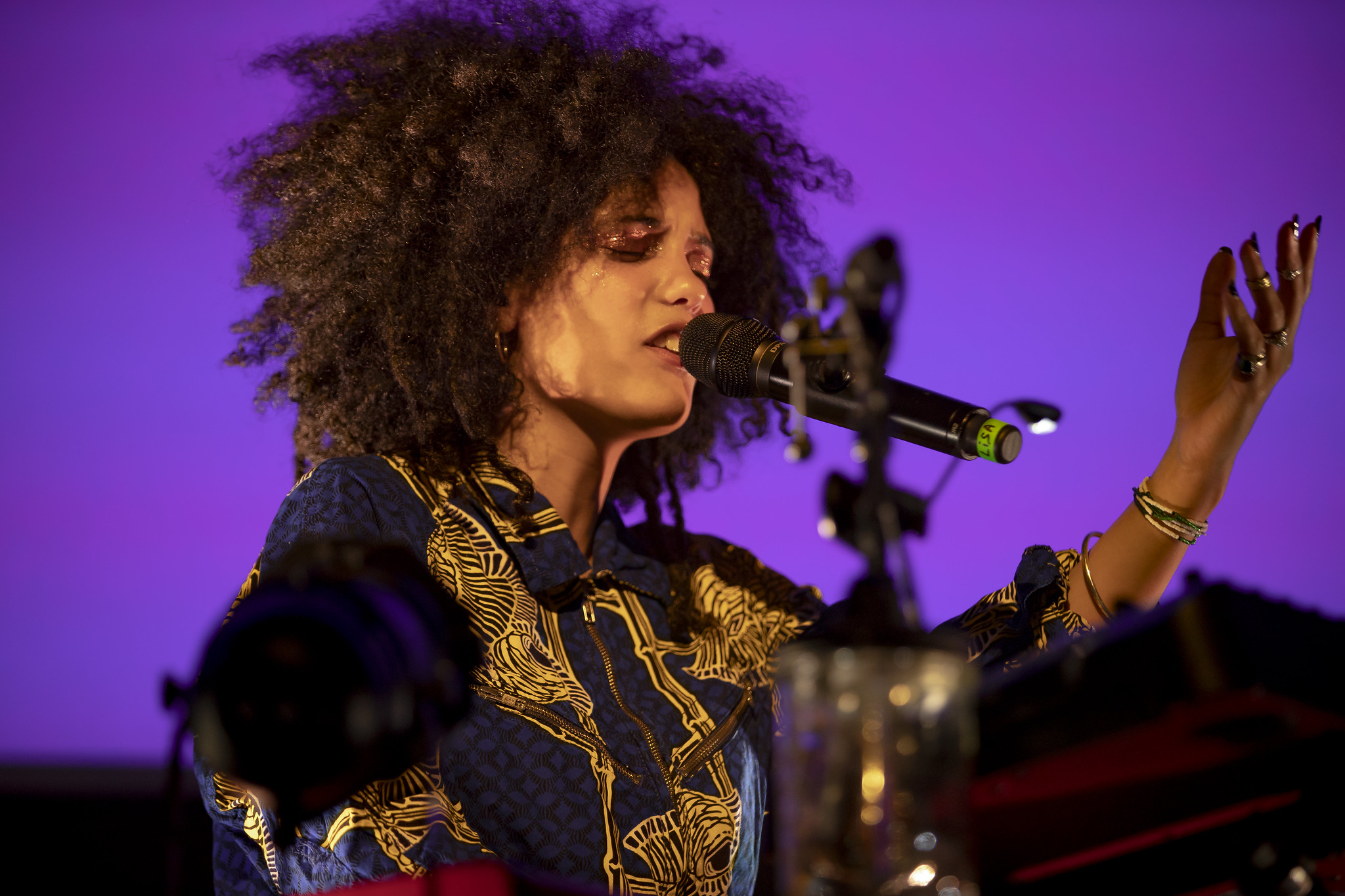 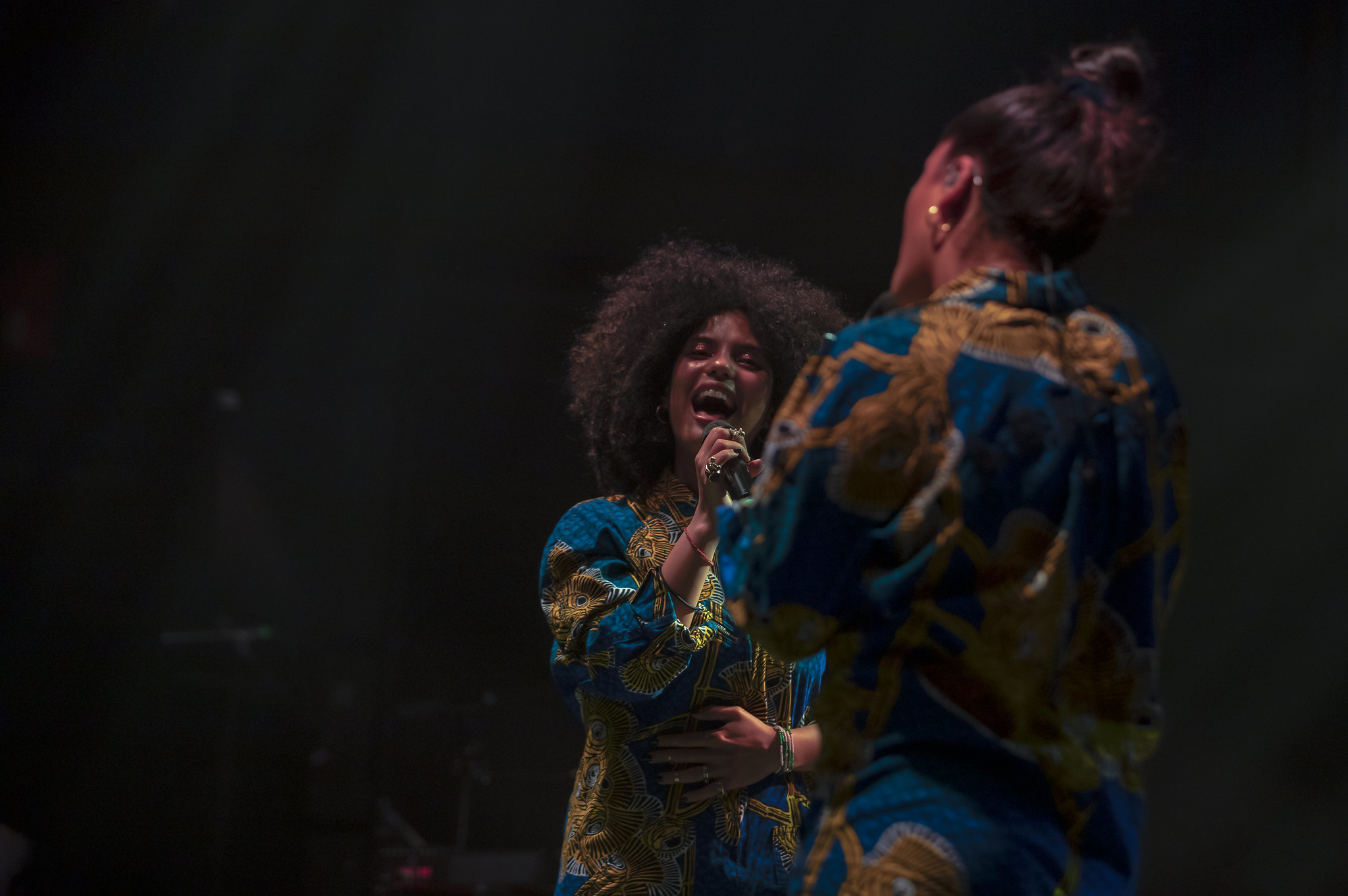 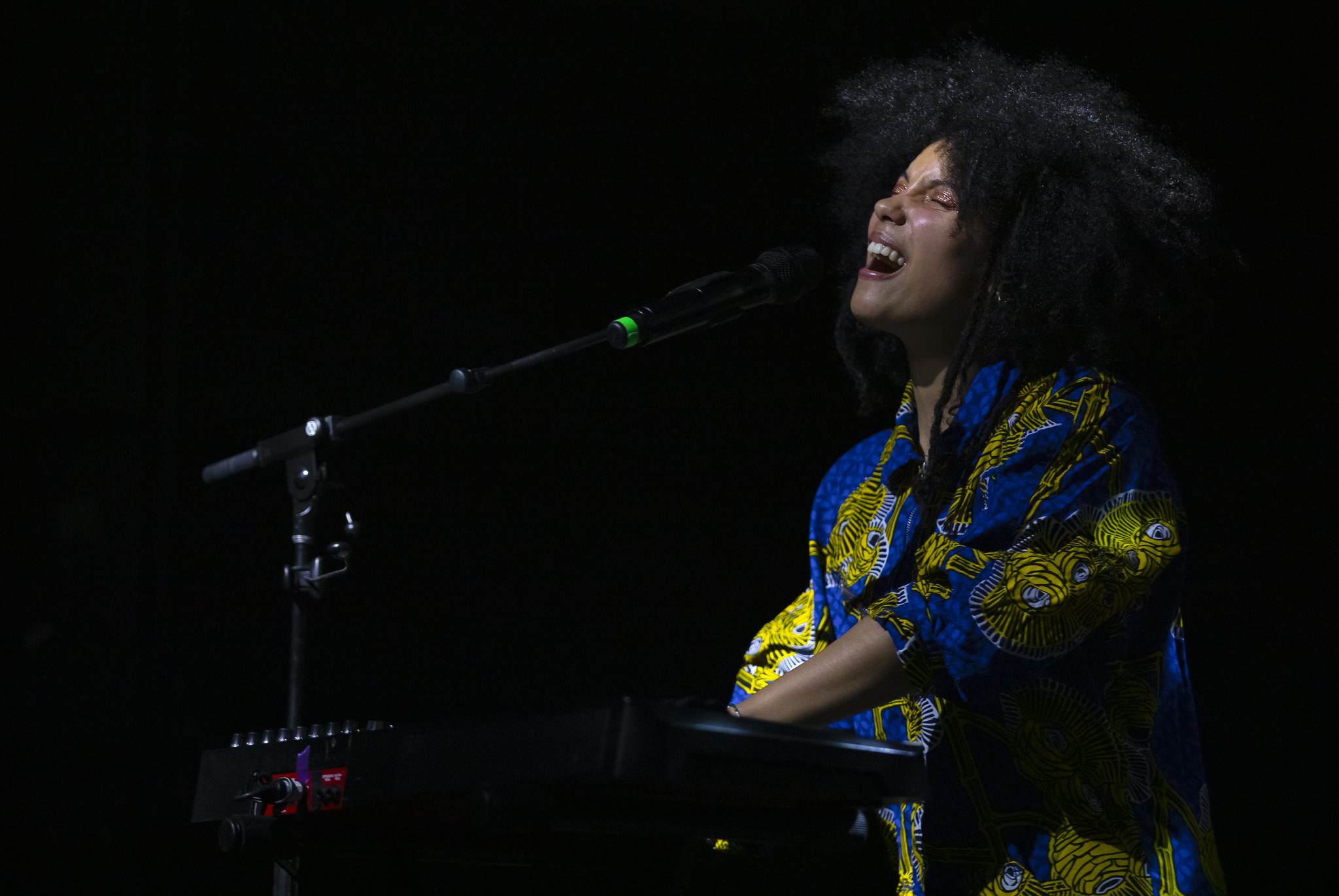 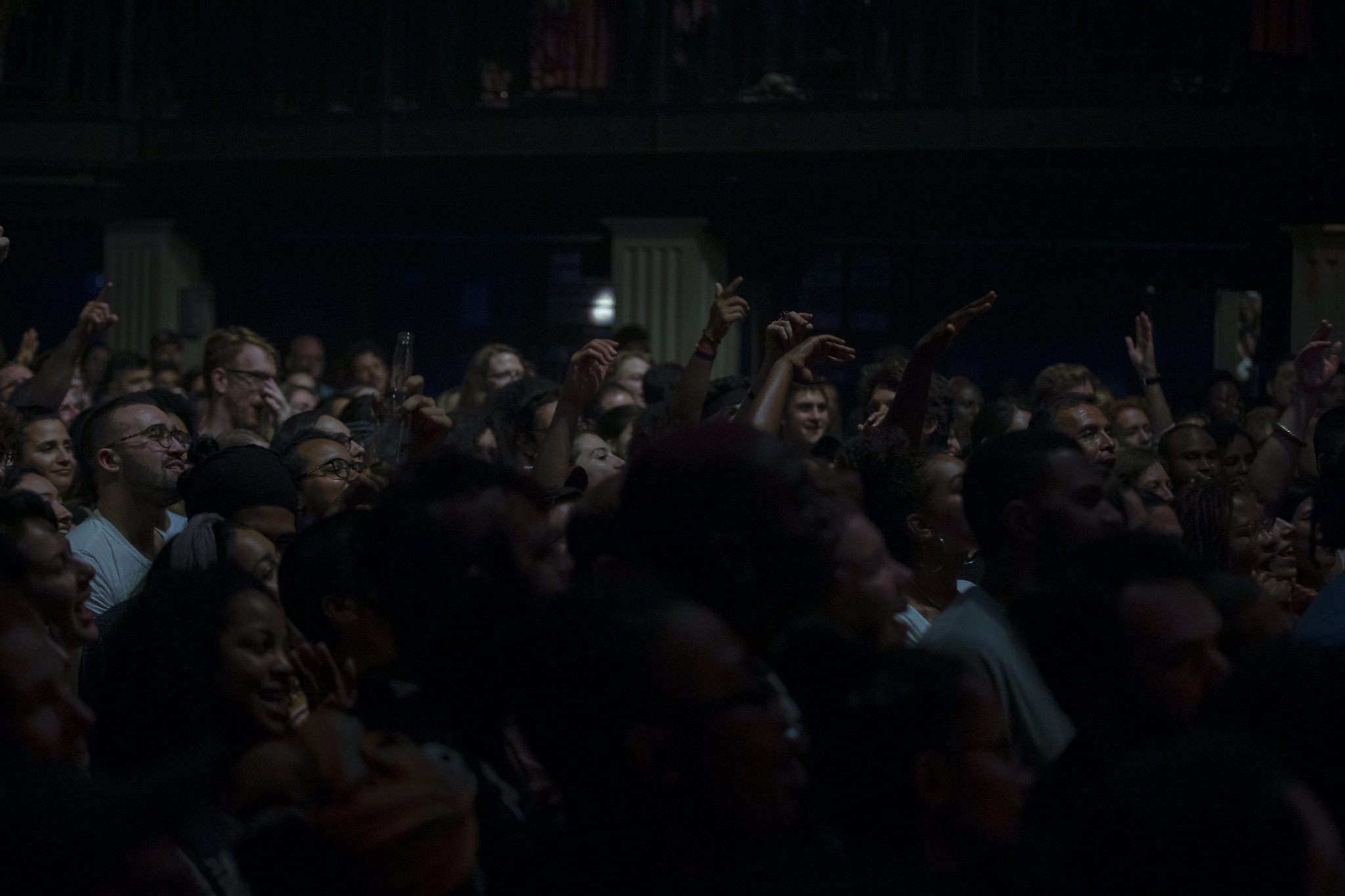 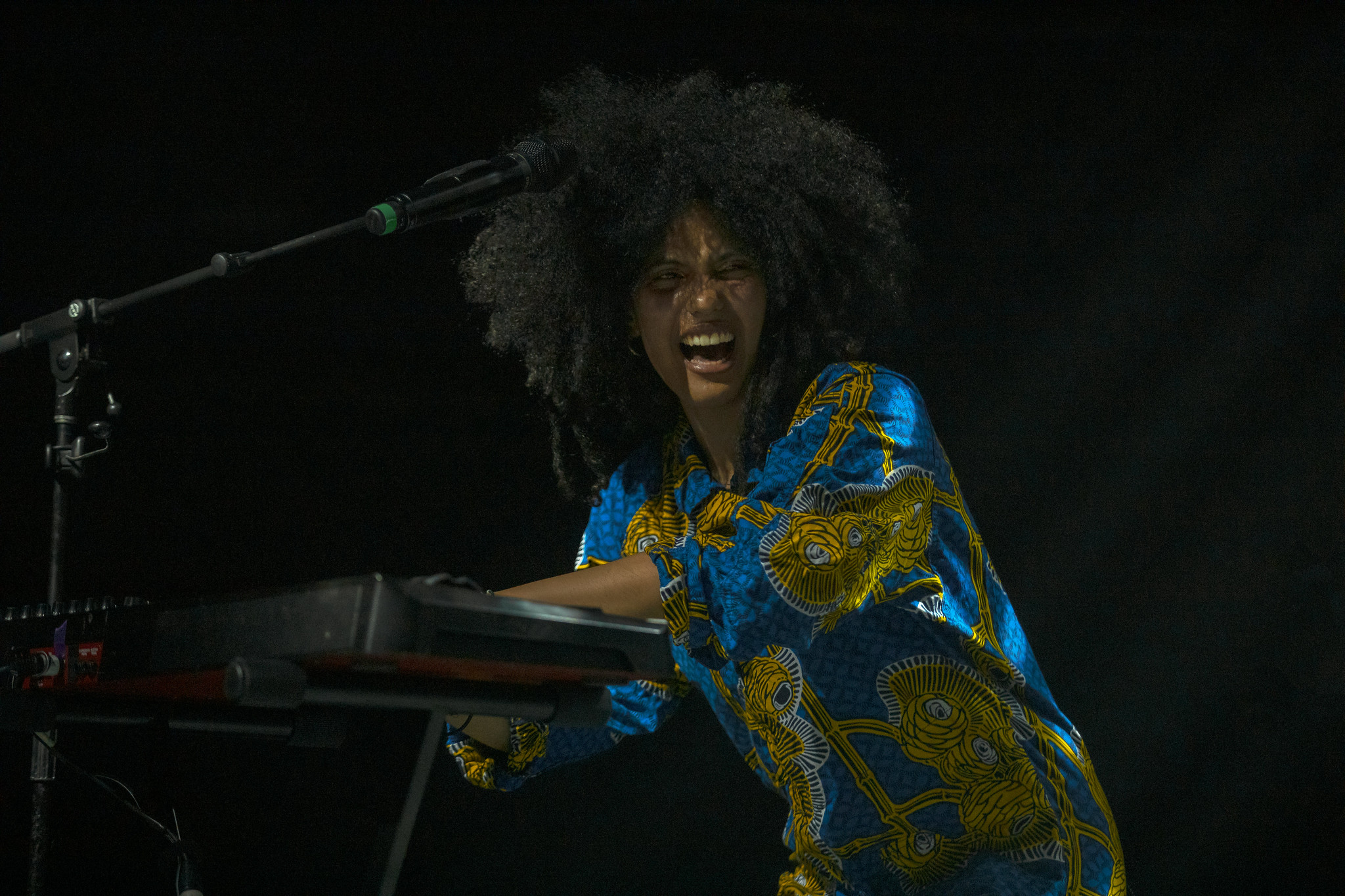 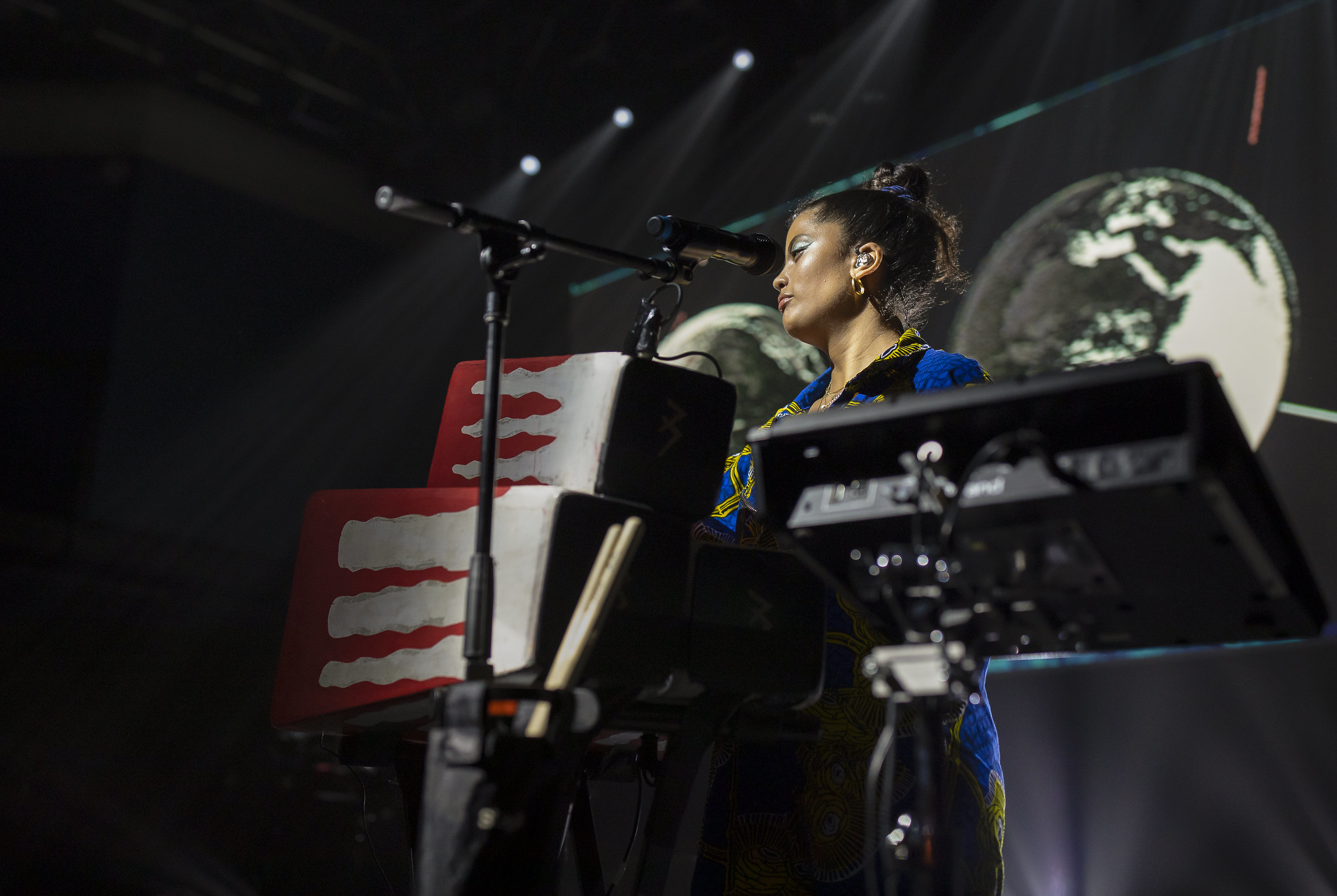 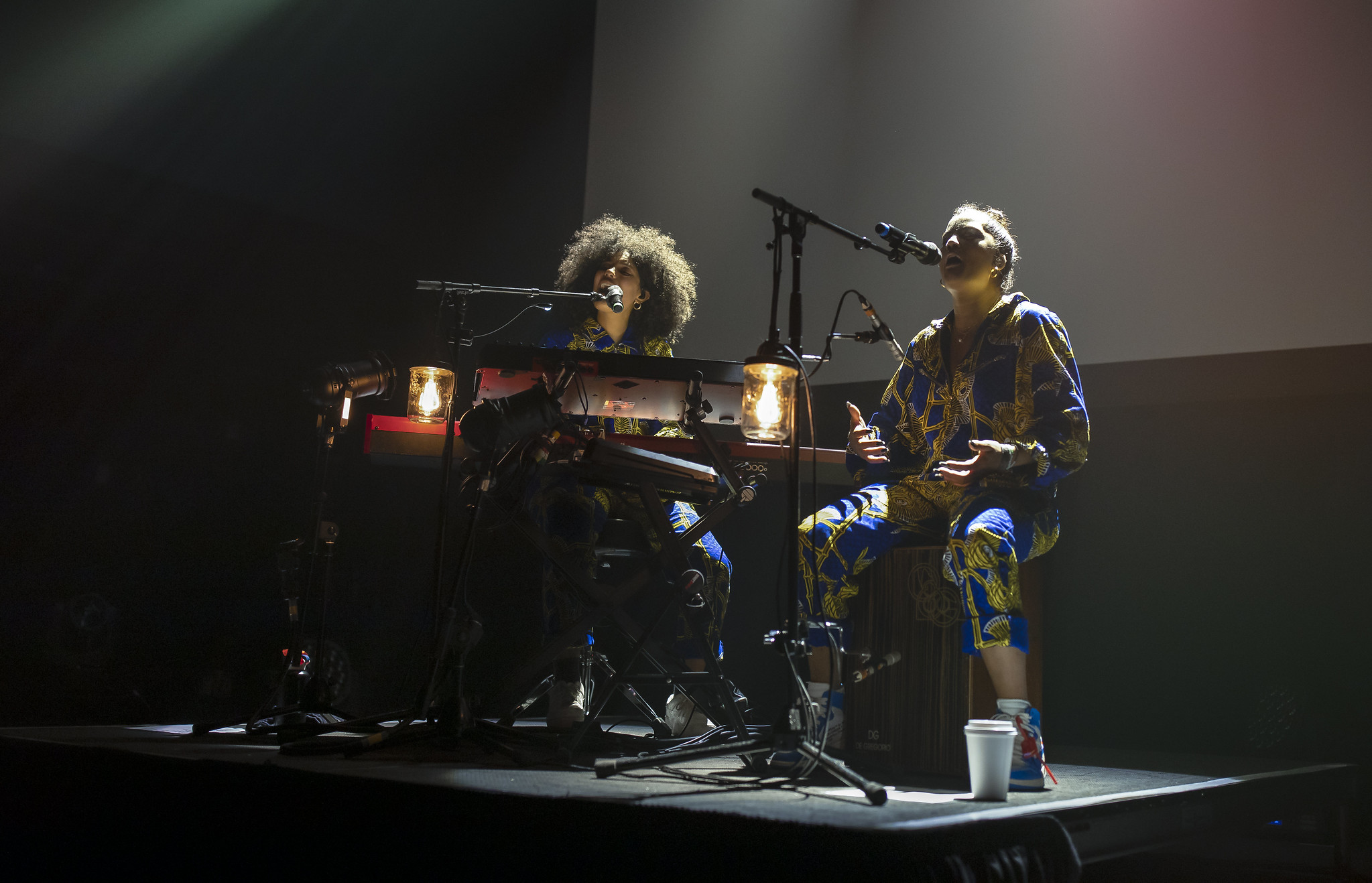 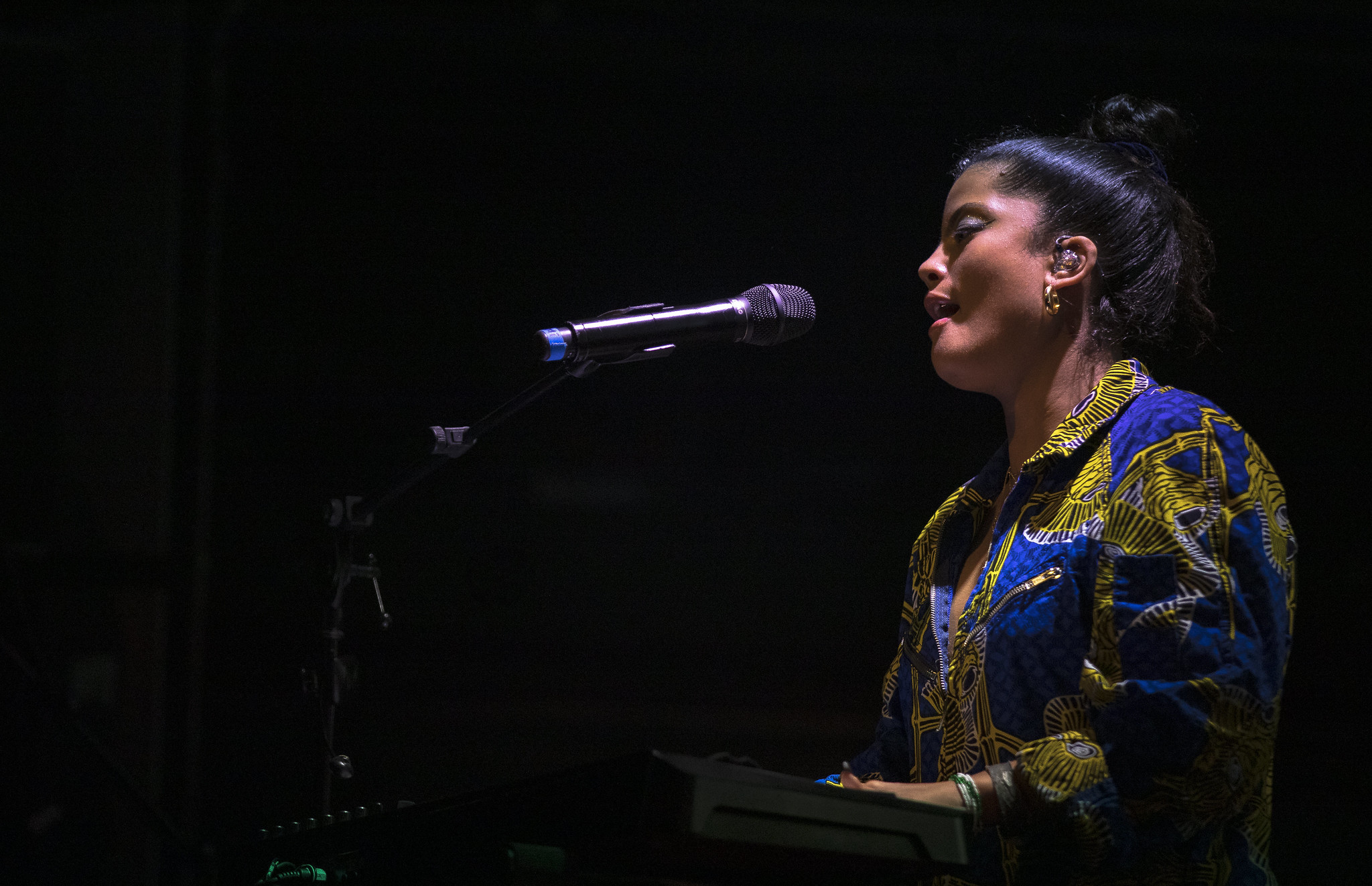 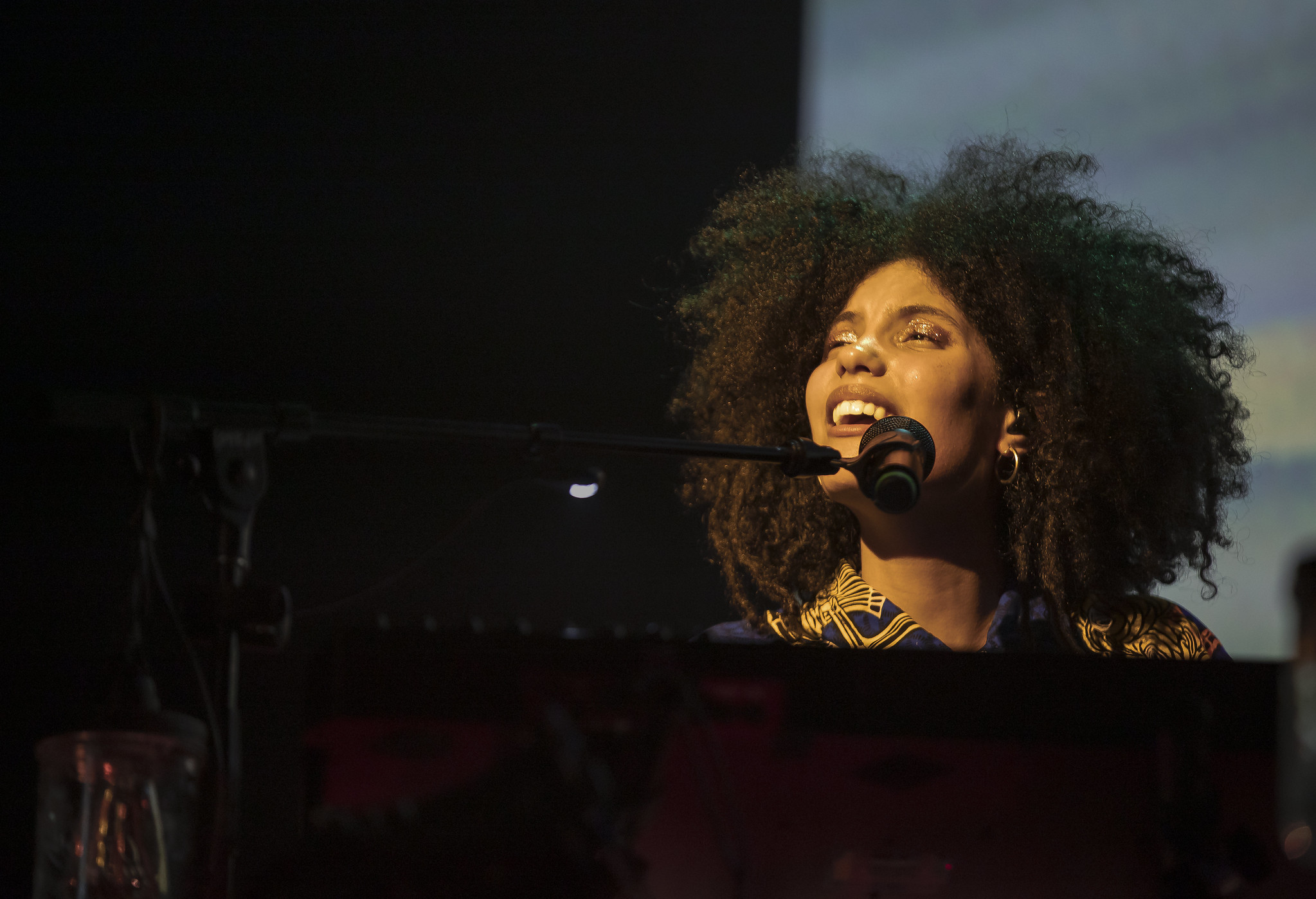 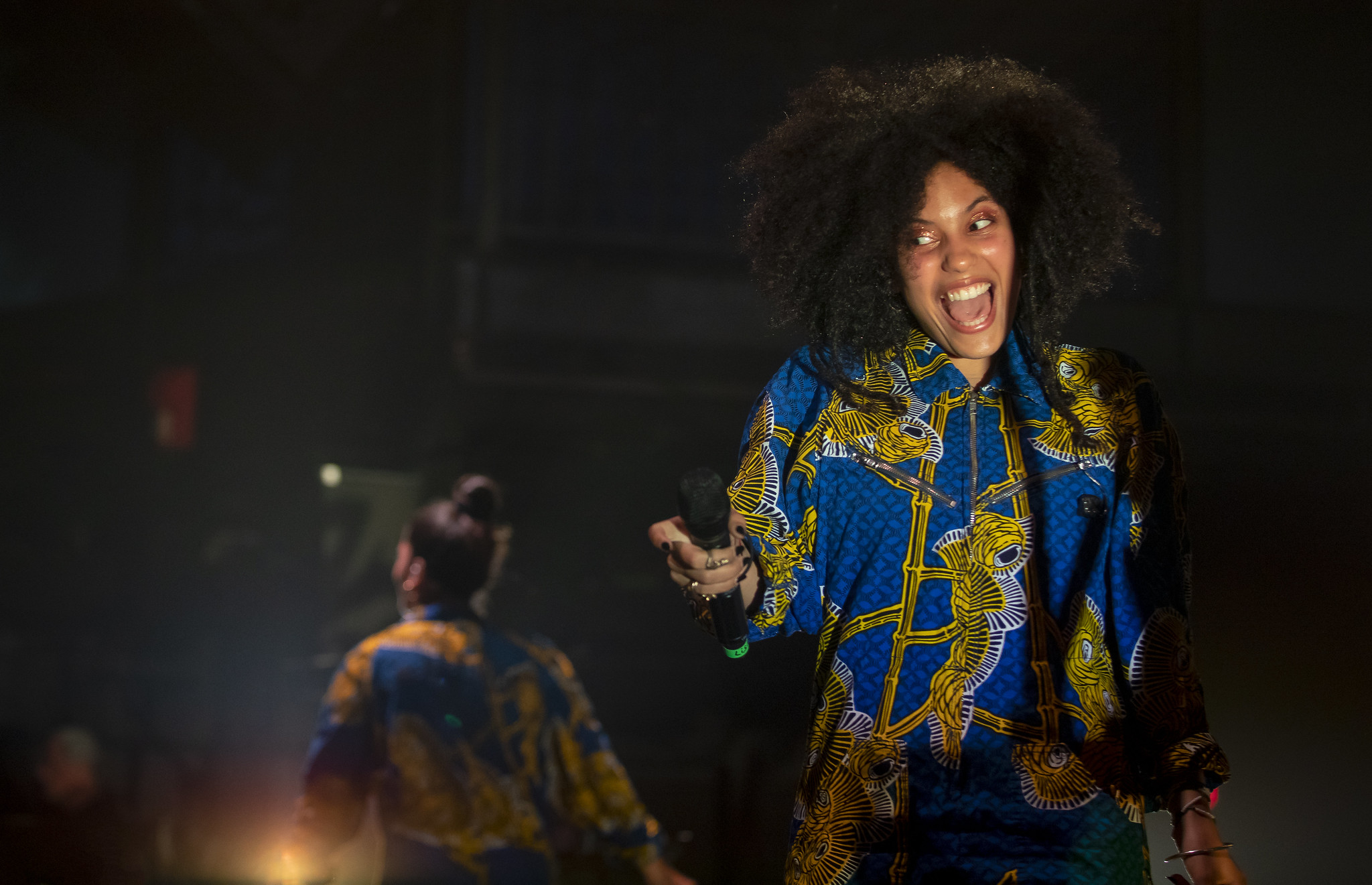 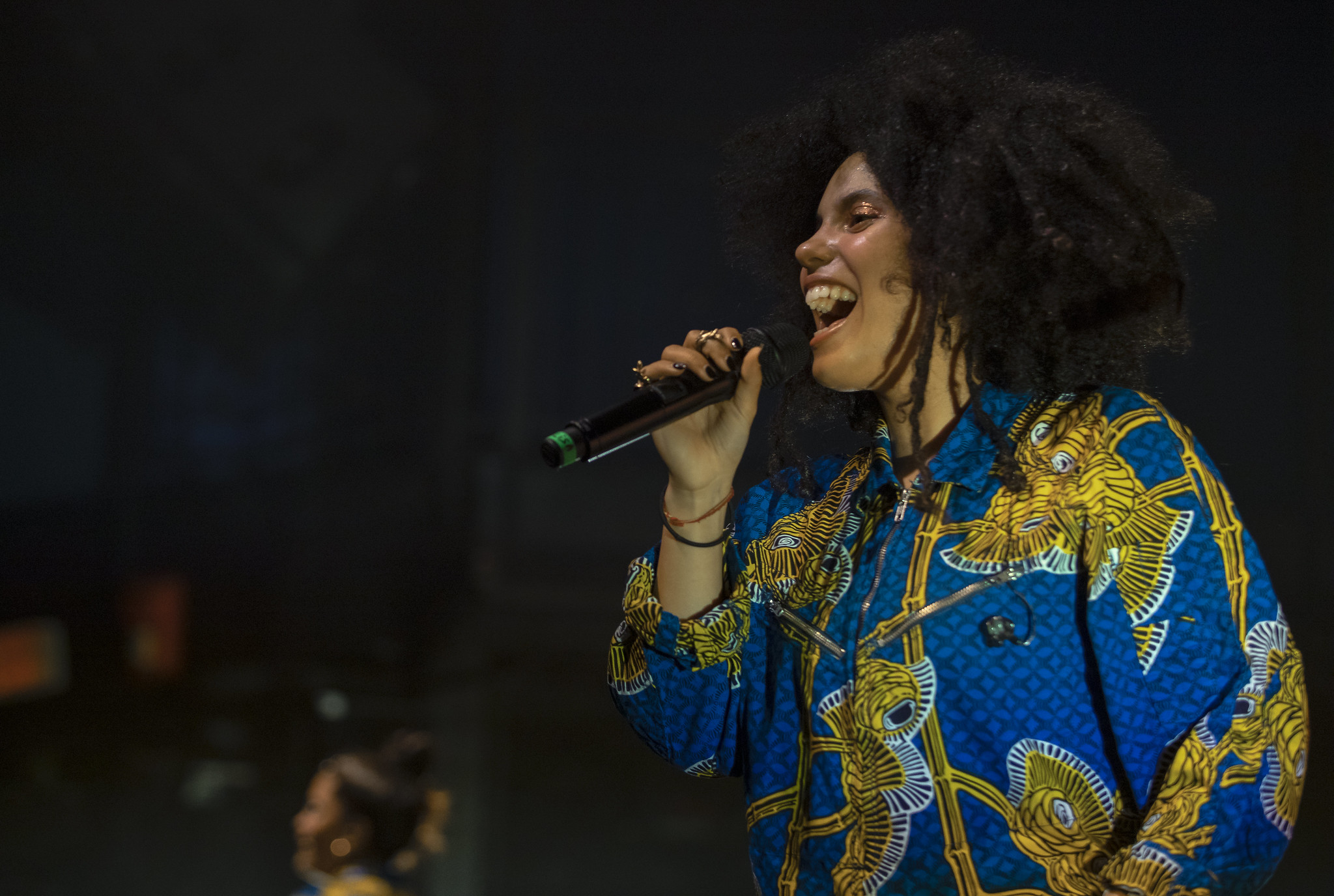 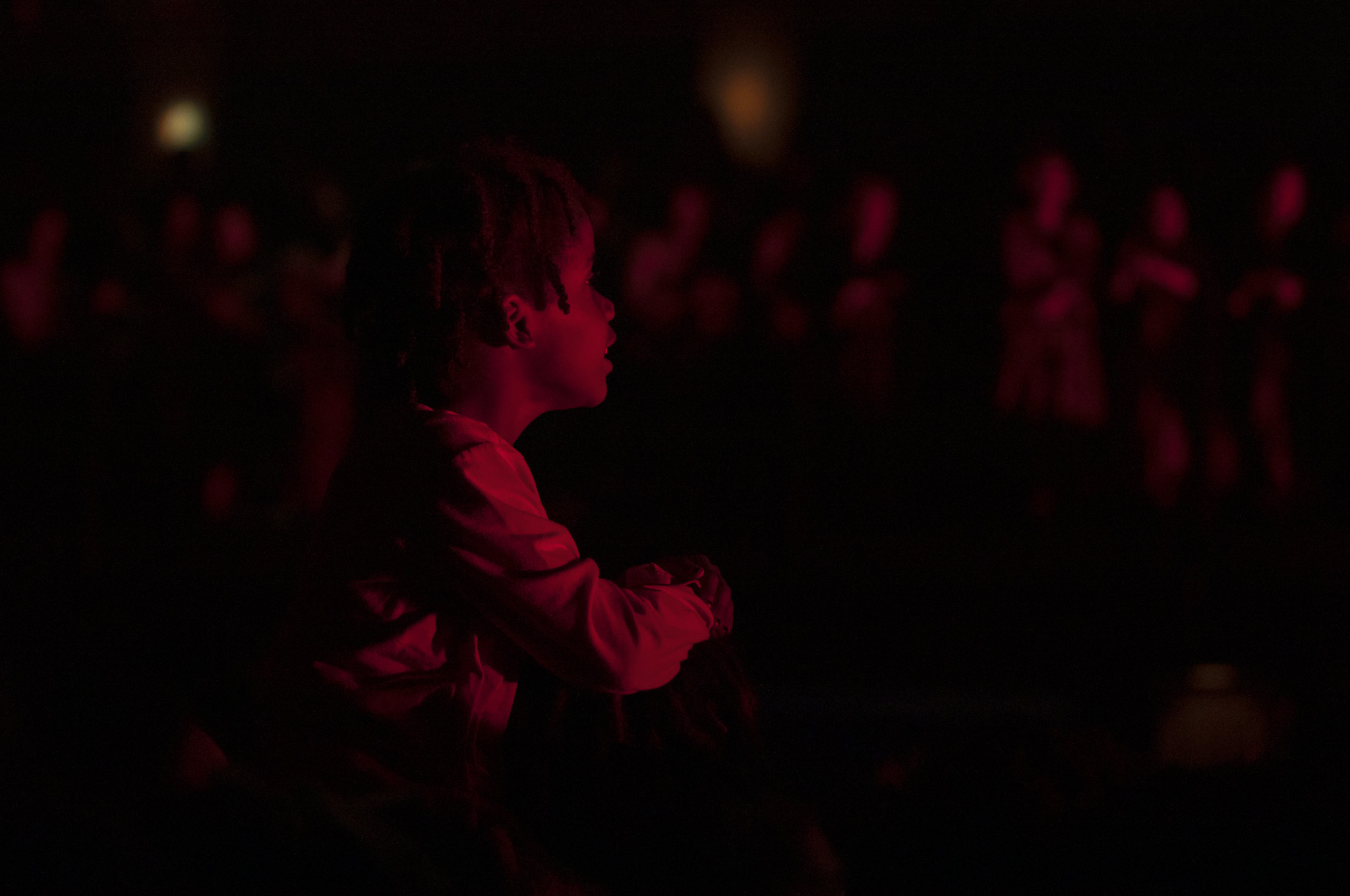