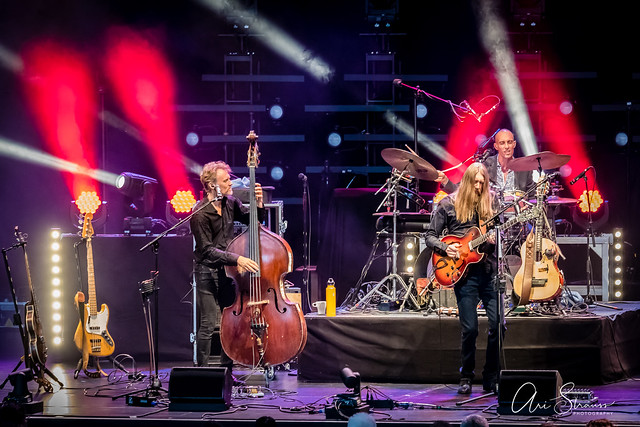 The Wood Brothers perform at Wolf Trap on June 8, 2019. (Photo by Ari Strauss)

An eclectic assembly of music fans were treated to a double-dose of incredible music one recent weekend evening in suburban DC as The Wood Brothers and Lake Street Dive co-headlined a summer season concert at Wolf Trap’s Filene Center.

The Wolf Trap performance on June 8 was the second of six shows in which the two bands will co-headline. On paper, they seem to have little in common — one a Grammy-nominated Americana trio and the other a soul-pop sensation with roots in Boston, Massachusetts. But when the bands performed together on stage for a selection of songs during each set, their combined sound amazed the crowd.

The Wood Brothers is comprised of Oliver Wood on guitar and lead vocals, Chris Wood on bass, and multi-instrumentalist Jano Rix on percussion, keys, the shuitar, and just about anything else he can manipulate to make music.

The Wood Brothers released their most recent album, One Drop of Truth, in early 2018 via Honey Jar Records. The album — the group’s sixth full-length release and one in which they self-produced and recorded — received a Grammy nomination for Best Americana Album.

Listen to One Drop of Truth by The Wood Brothers on Spotify:

The Wood Brothers started the evening with the blues, covering Jimmy Reed’s hit, “Big Boss Man,” before diving into a set of 10 songs that spanned across their broad catalog. “One More Day” featured an extended percussion break-down which gave Chris an opportunity to get his groove on, dancing all around his half of the stage with the upright bass.

Midway through the set, Lake Street Dive’s Rachael Price and Bridget Kearney joined the band at center stage for a soulful rendition of “Sing About It” in front of a single vintage-looking omnidirectional microphone. 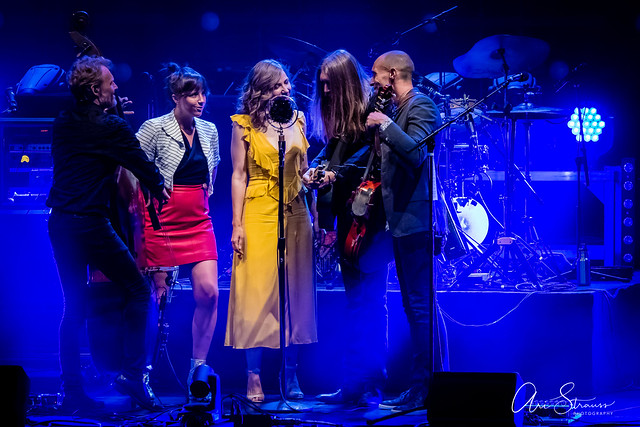 After concluding their mini-tour with Lake Street Dive, The Wood Brothers head to Manchester, Tennessee, for the Bonnaroo Music and Arts Festival. Visit their website for a full listing of their summer tour schedule.

Enjoy some photos of The Wood Brothers’ June 8, 2019 performance at Wolf Trap. All images copyright and courtesy of Ari Strauss. 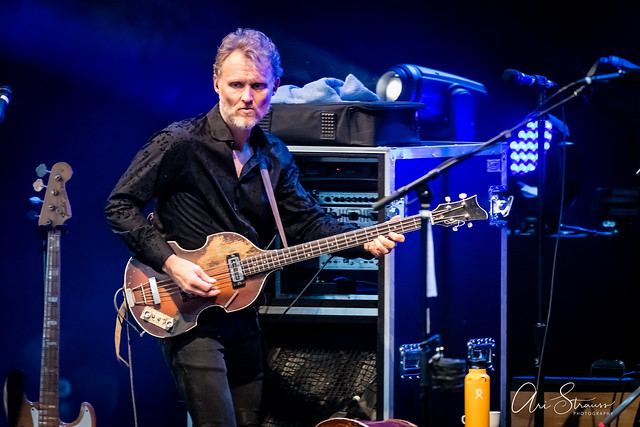 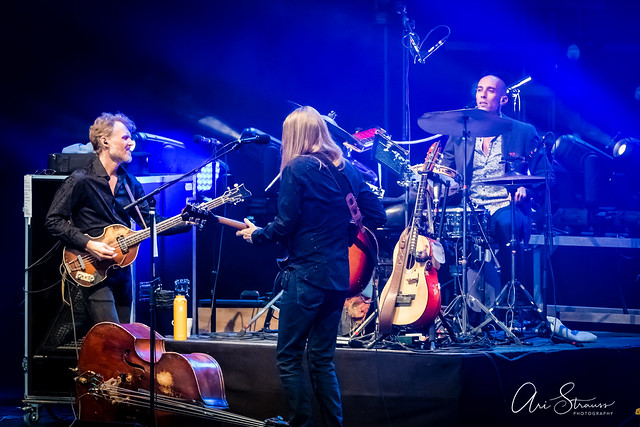 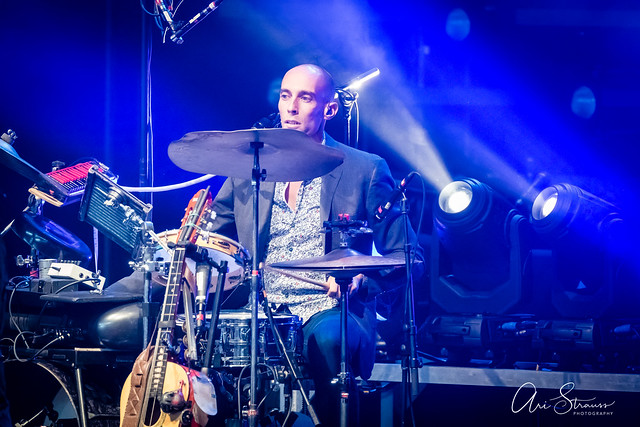 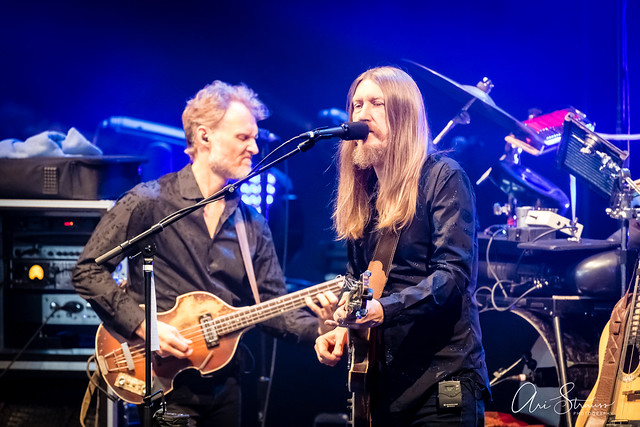 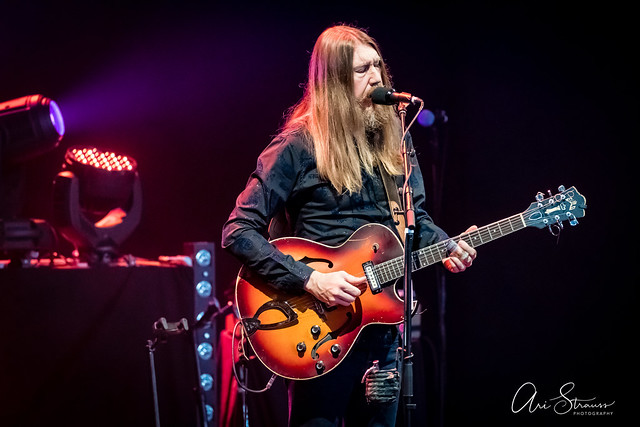 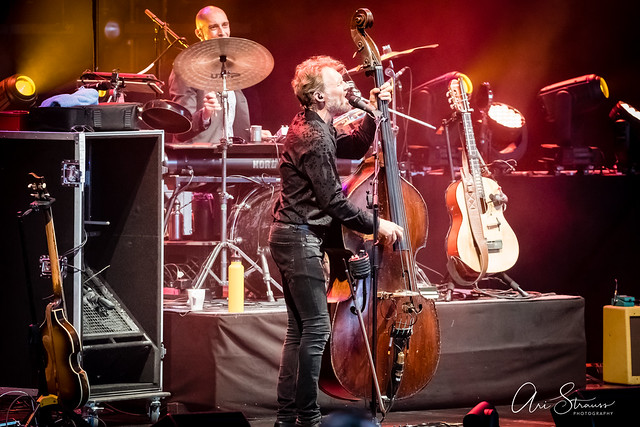 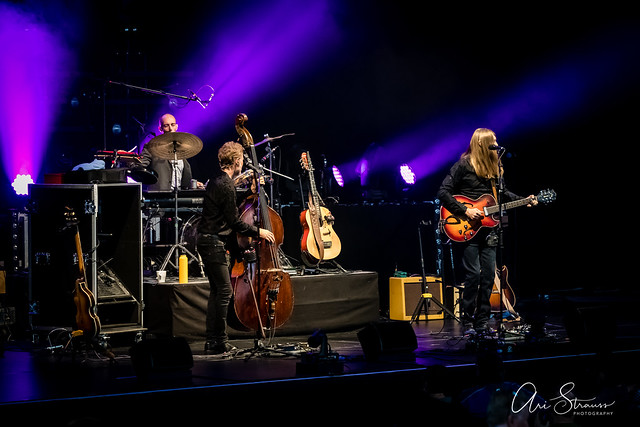 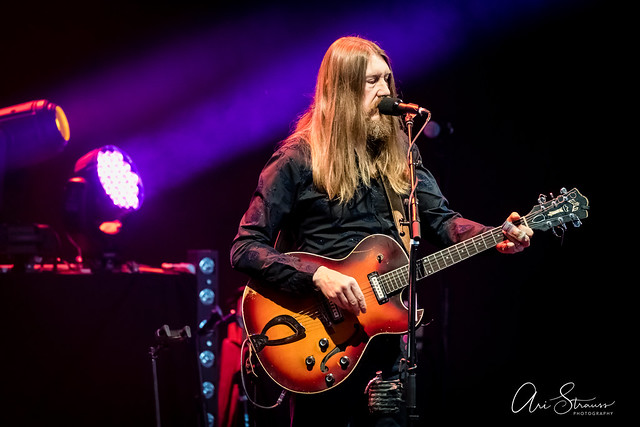 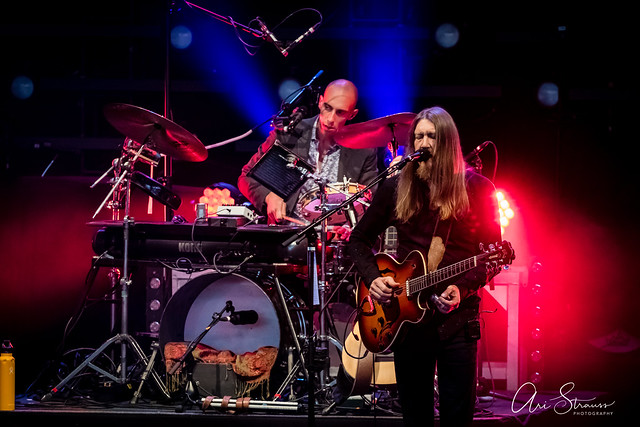 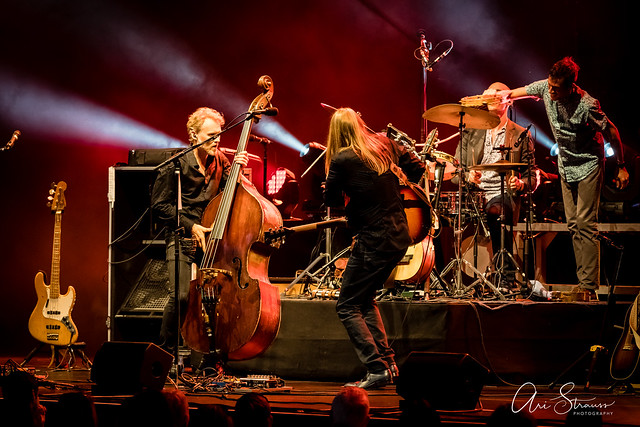 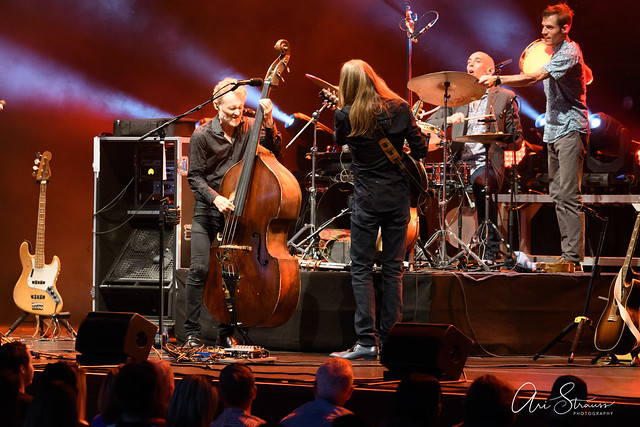 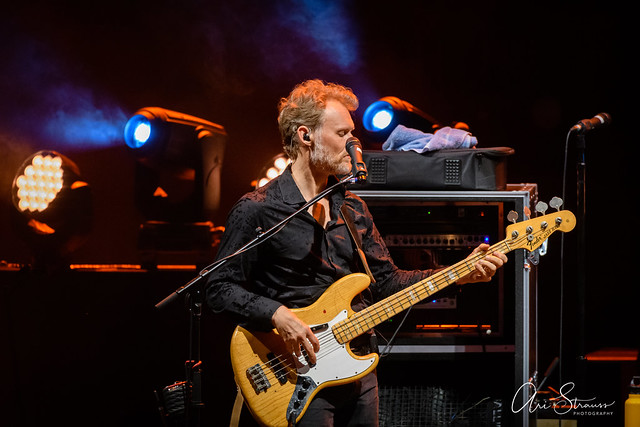 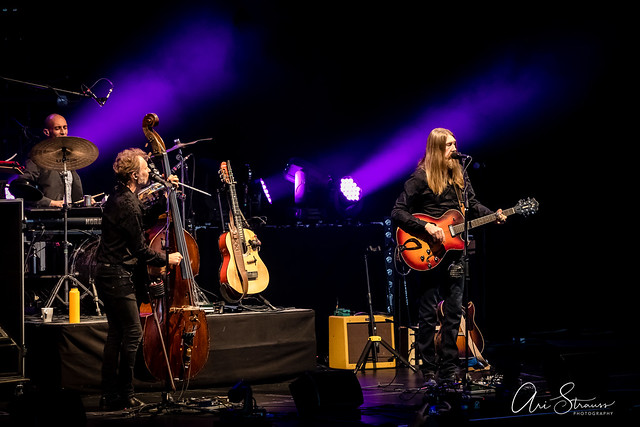 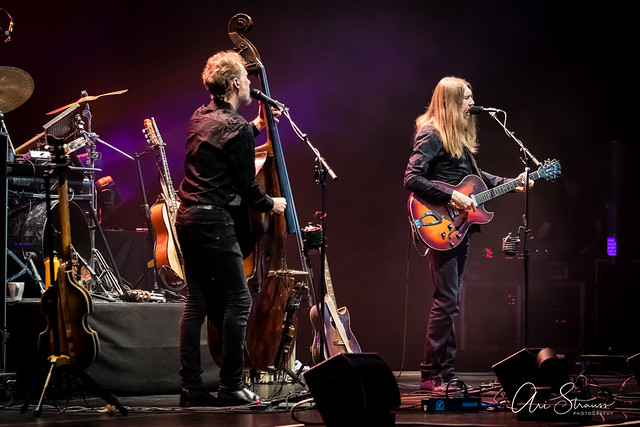