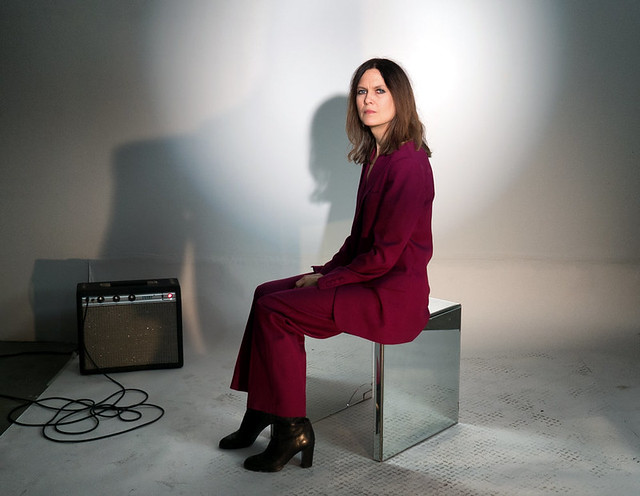 Juliana Hatfield released Weird, her 17th solo record, in January via American Laundromat Records. She’s touring with the Juliana Hatfield Three with a date at Union Stage on Wednesday, June 26!

Although Juliana released the record under her name, she’s touring with her ’90s trio as the Juliana Hatfield Three, which includes Juliana, bassist Dean Fisher, and drummer Todd Philips. With Weird, Juliana said she wrote songs for the album and a theme emerged — the idea of being solitary.

“I had a lot of musical ideas. I went back into the studio and recorded a bunch of music, Juliana told Whopperjaw. “I took a month or two off to write lyrics. I don’t usually work like that. I usually have full songs written, but I just felt like I wanted to do things a little differently. What emerged was a portrait of my life right now, which is pretty solitary and slightly isolated but not unpleasantly so. I was exploring what it’s like to be alone a lot of the time. It’s not necessarily a bad thing. Sometimes it could be a very good thing.”

Watch the official music video for “Lost Ship” by Juliana Hatfield on YouTube:

In a review for AllMusic, Stephen Thomas Erlewine said the new record contains “some echoes of AM pop” with “an occasional wash of analog synth and insistent hooks.”

“Far from reclusive, Weird is a gregarious, idiosyncratic pop album that invites the listener to meet it on its own terms, but Hatfield is absolutely fine if it’s rejected. She’s cool being on her own,” Stephen said.