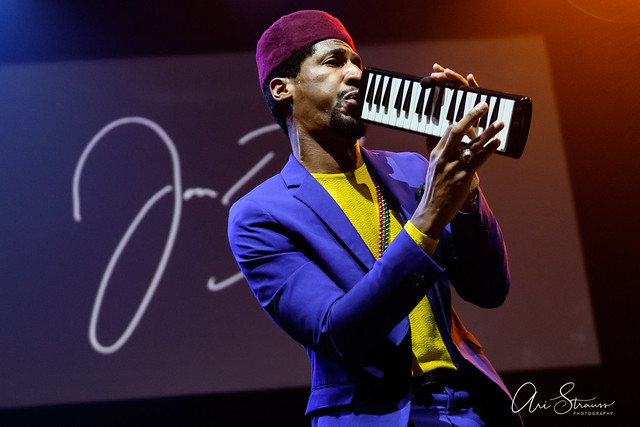 Jon Batiste performs at The Anthem his band, Stay Human, on June 15, 2019. The performance occurred during the 15th Annual DC JazzFest. (Photo by Ari Strauss)

Anyone who watches late-night television likely knows Jon Batiste. He and his band, Stay Human, are the house band on The Late Show with Stephen Colbert. The band paid a visit to DC recently to perform as a headline act at The Anthem during the 15th annual DC JazzFest.

On June 15, the set started in similar fashion to The Late Show opening. Jon hit the stage with intense energy, dressed in a bright indigo-blue suit over a highlighter-yellow shirt, a burgundy fez, Air Jordan Retro 13 sneakers, and Mardi Gras beads. He immediately grabbed his Melodica (hand-held wind keyboard) and danced around while jamming with the band.

Much of the evening’s setlist came from Jon’s recent album, Hollywood Africans, which he created with legendary music producer, T Bone Burnett. Hollywood Africans is a collection of songs reflecting Jon’s personal and cultural heritage. In it, the Kenner, Louisiana native weaves original material and American standards together to carry the listener from the early jazz of New Orleans to the present day.

Listen to Hollywood Africans by Jon Batiste on Spotify:

The title of Hollywood Africans comes from a 1983 painting by the great African-American artist Jean-Michel Basquiat, and the reference is significant for Jon. “Basquiat is an example of someone drawing from all his influences,” Batiste says on his website jonbatiste.com. “[He is someone] who benefited from the sacrifices of those who came before him, but displayed that we have so much more to do — even though we’ve come a long way. It’s a critique of things we have had to go through, but that have allowed people like me and him the opportunities to do the things we’ve been able to do.”

Jon spoke about Hollywood Africans on The Late Show with Stephen Colbert last fall after the album’s release. Stephen asked him what he wants people to get from the album. Jon responded poignantly,”These days stuff is very, very tough to deal with. I want people to have a meditation that doesn’t result in despair, but hope.”

Watch Jon perform, “Don’t Stop” and talk about the creative process for Hollywood Africans on The Late Show with Stephen Colbert on YouTube:

Enjoy some photos of Jon Batiste and his band, Stay Human, performing at The Anthem in DC on June 15,2019. All images copyright and courtesy of Ari Strauus. 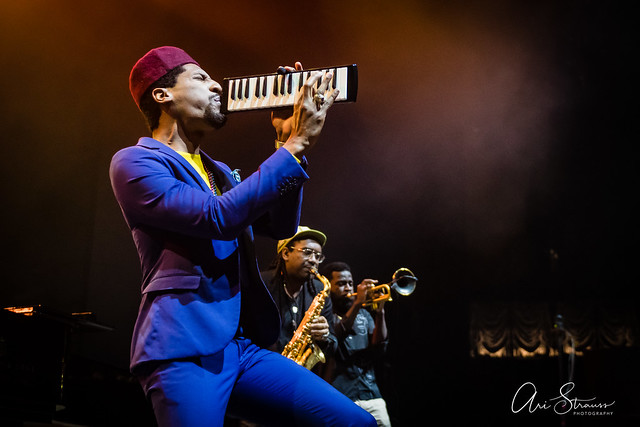 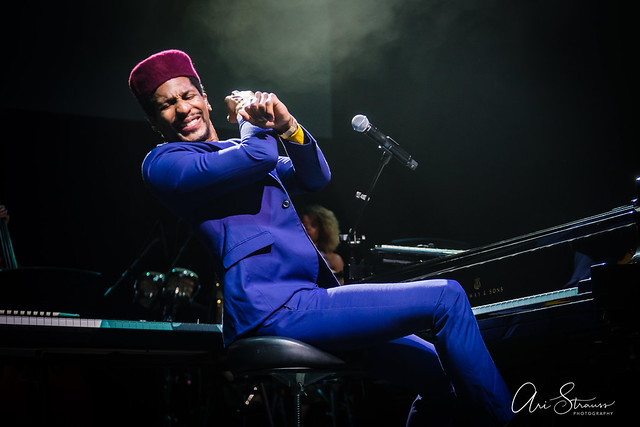 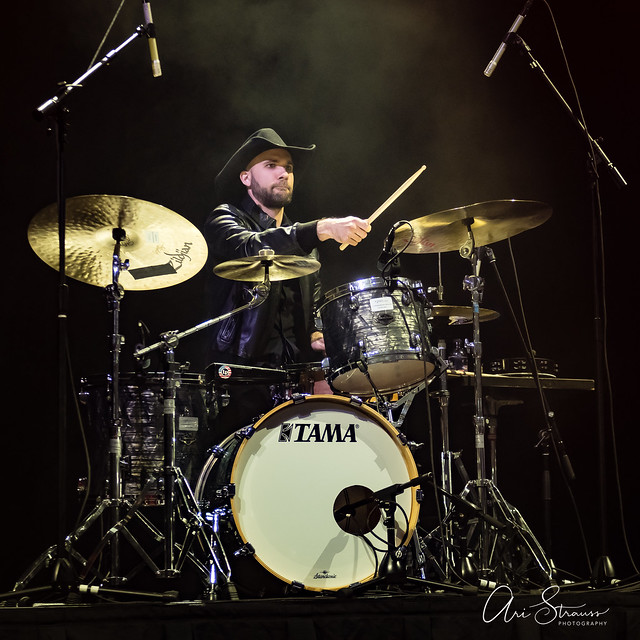 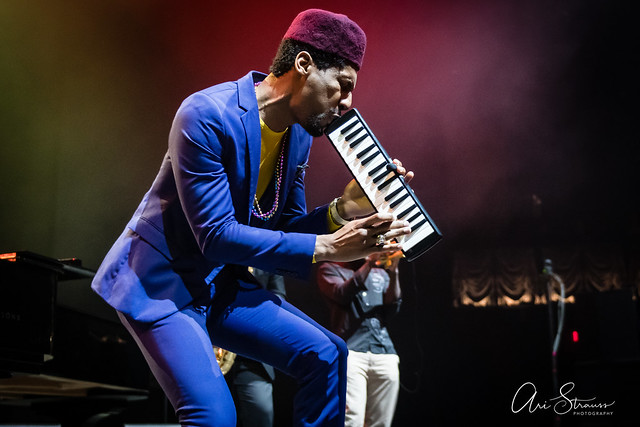 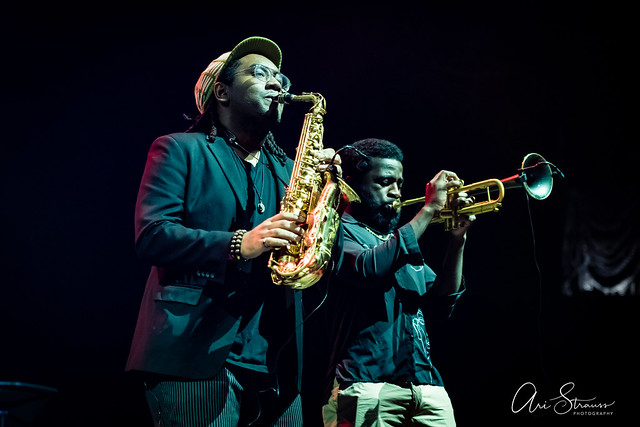 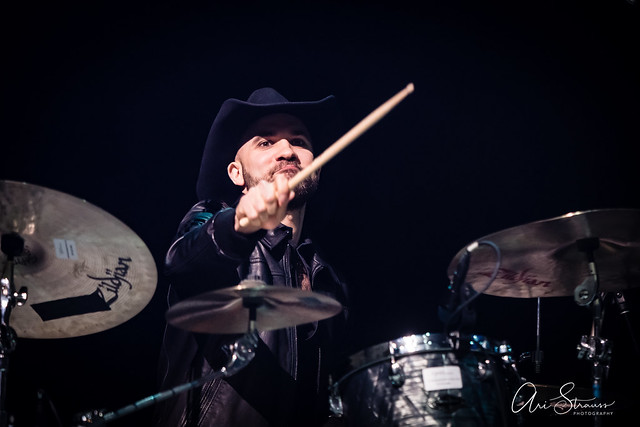 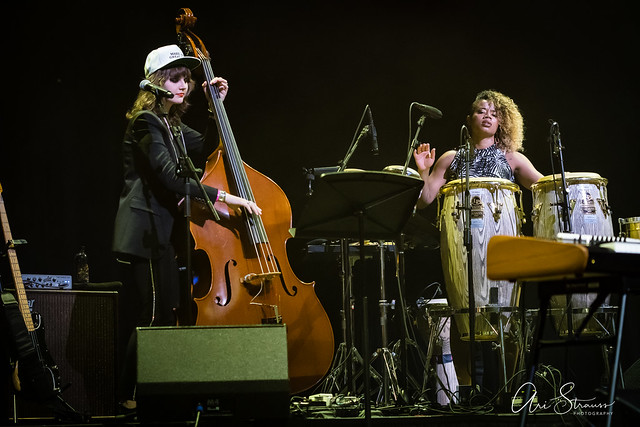 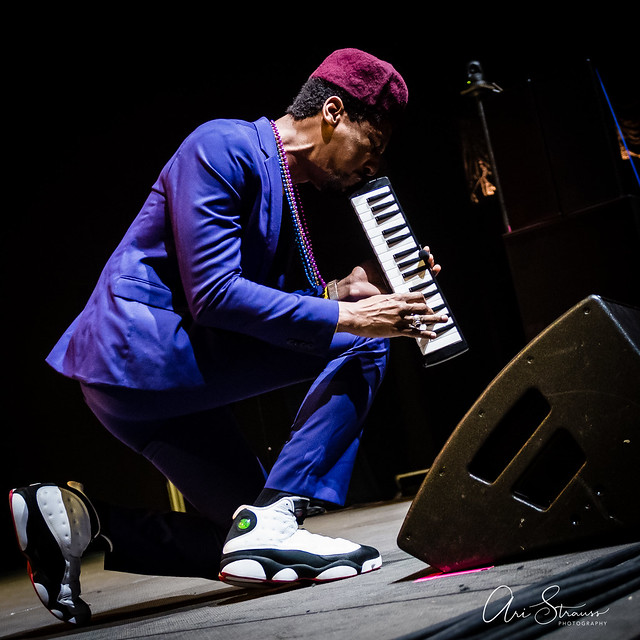 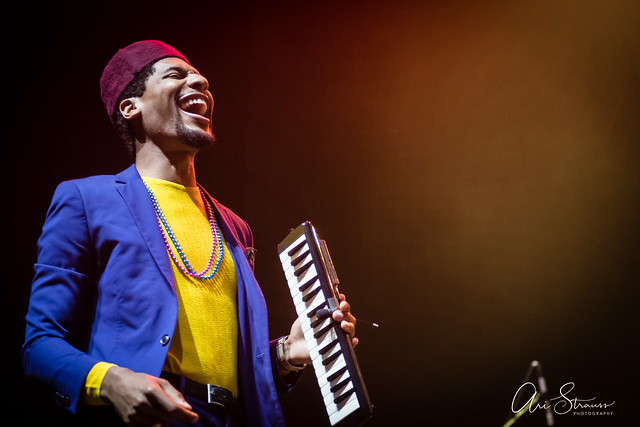 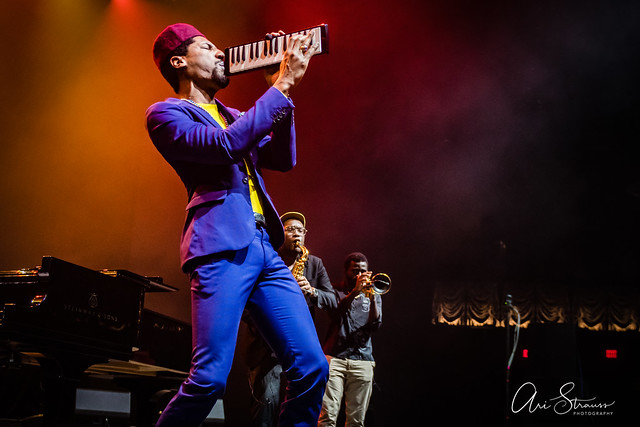 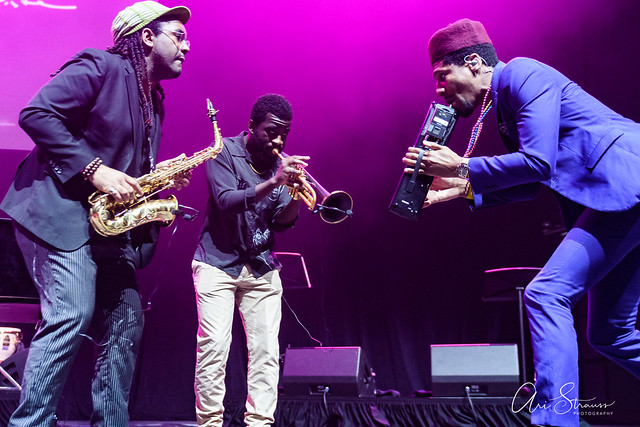 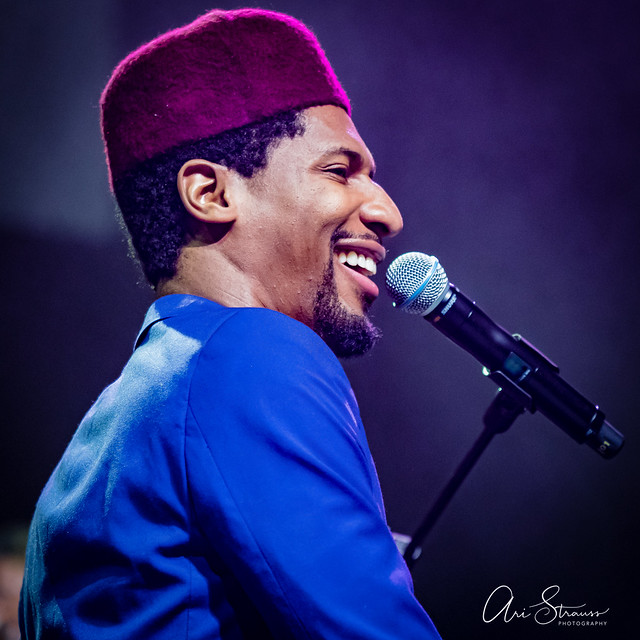 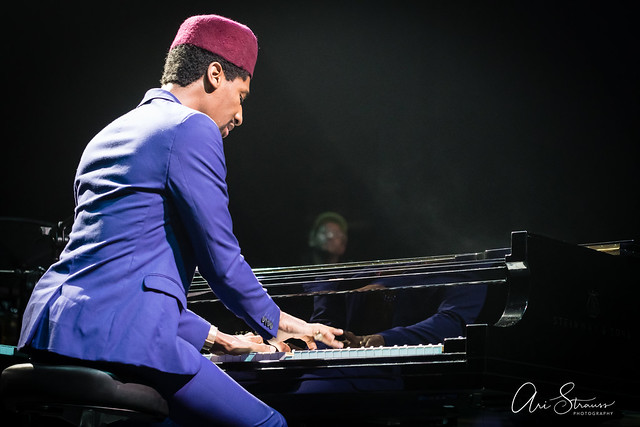 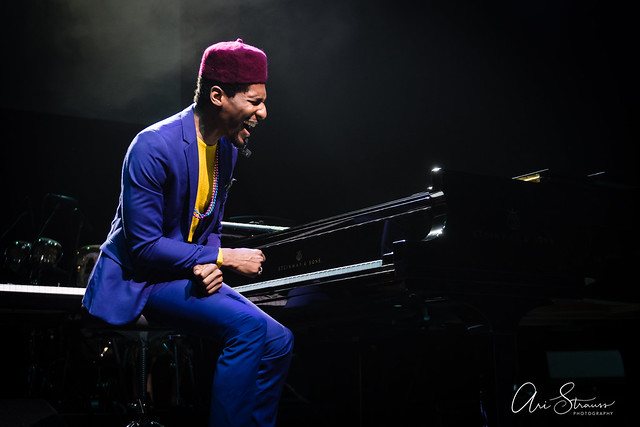 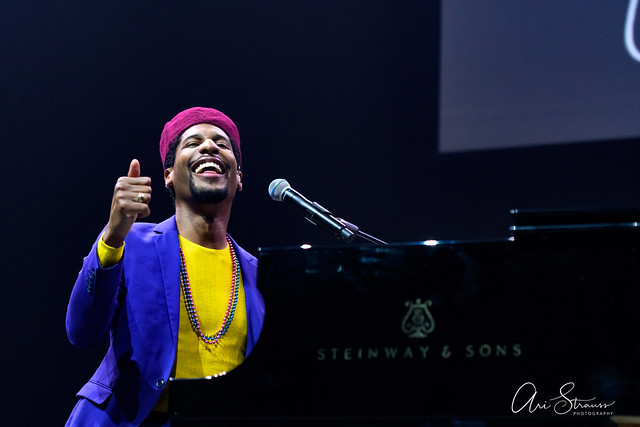 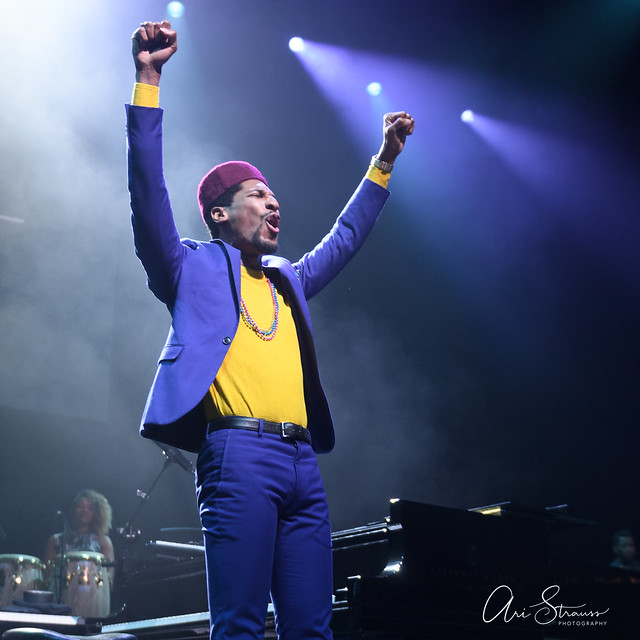 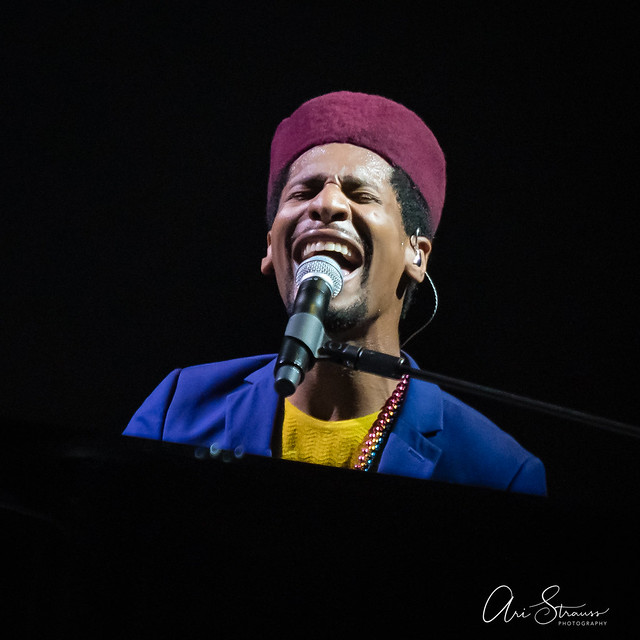 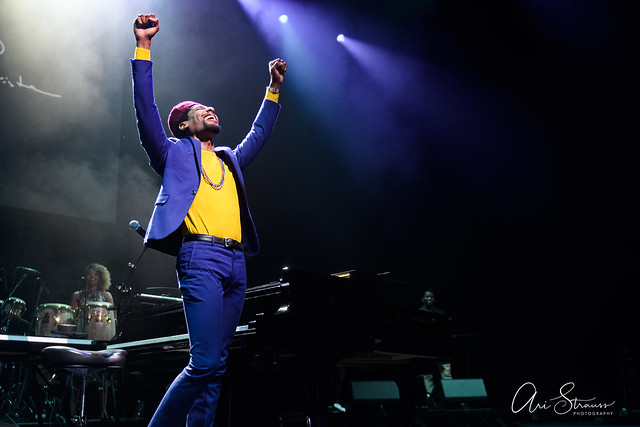