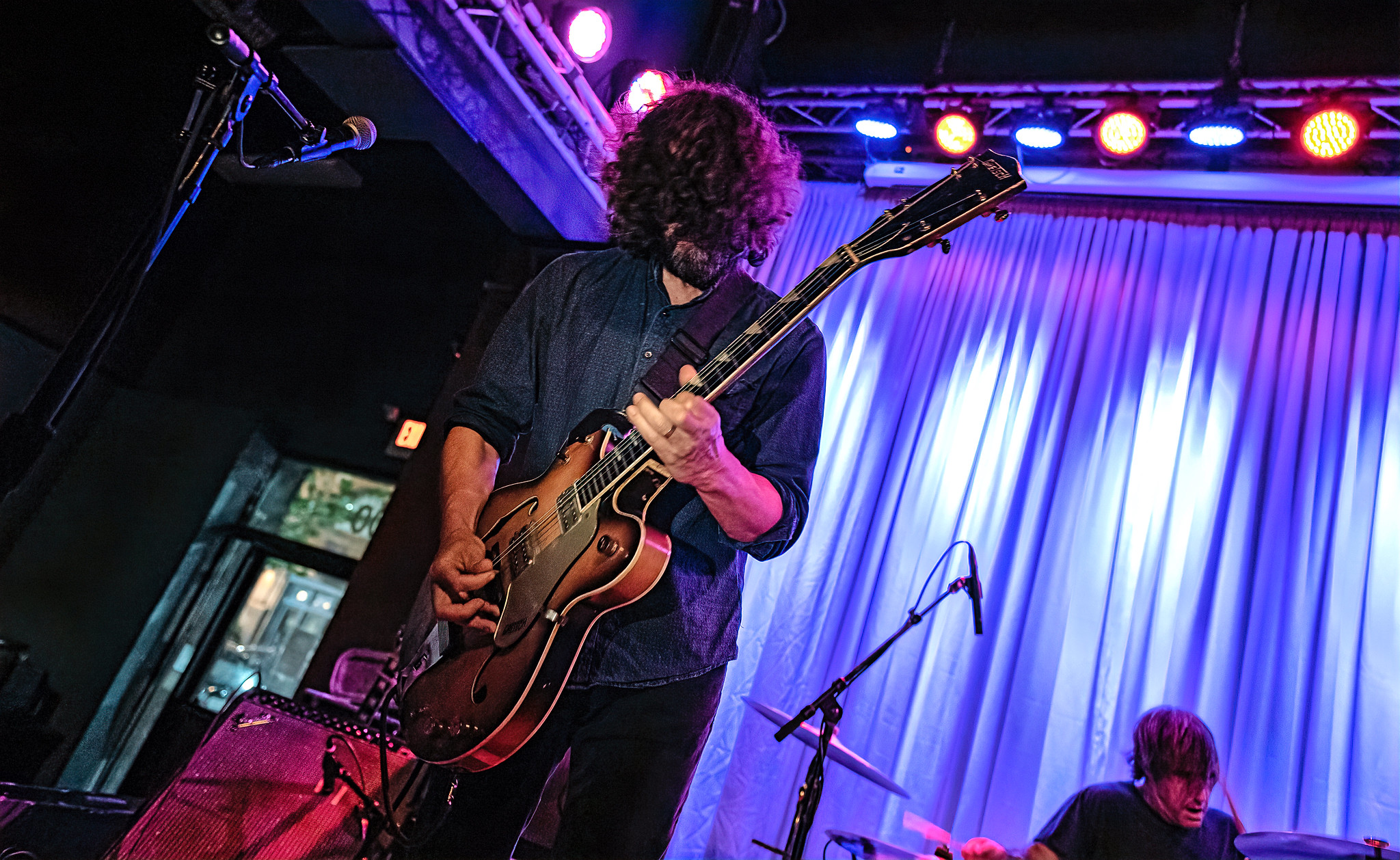 Back when I was in college, a friend and I drove down to the beach (about a three or four hour drive) at night straight to the boardwalk in Ocean City, Maryland; found a good spot; and proceeded to play (among other things) a stirring rendition of Sebadoh’s “Punch in the Nose” complete with clarinet solo and out of tune acoustic guitar.  It was fun, sloppy, and exciting — much like the music that Sebadoh has been creating — off and on– for the last 30 years.

Until last month, Sebadoh hadn’t released new material since the 2013’s Defend Yourself — and before that, it was 14 years since their last album. But the members of Sebadoh have been anything but idle in between. Lou Barlow reunited with J Mascis and Murph as Dinosaur Jr and put out four LPs since 2006; Jason Loewenstein released his first solo album in 2002, followed by another in 2017 along with working with the band Fiery Furnaces; and Bob D’Amico has performed during that time with a number of bands, including Fiery Furnaces.

With the new album, Act Surprised, Sebadoh seems much more focused and there’s also a pretty even division of the song writing between Lou and Jason. Songs like “Sunshine” with its melodic introspective tone mesh perfectly alongside songs like rockers like “Phantom.” And it makes for a fun listen (one that I’ve had on repeat for this past month)! Personally, I think it’s probably their best (and that’s including among other personal favorites like Bakesale and III) — crunchy but sweet without being overly so.

The band is touring the new album and made a stop over at the Metro Gallery in Baltimore on June 19 to a sold-out audience. It was great to see fans both young and old come out as I struck up conversations throughout the night.

Taking the stage, Lou, Jason, and Bob started with “I Will” from Defend Yourself with Lou taking guitar and vocal duties for the first batch of songs and then Jason switching position to play guitar and sing while Lou played bass. And, I’ve gotta tell you, Bob D’Amico is an amazing drummer (if you don’t already know) with an energy that seemed limitless.

Watch the official music video for “Sunshine” by Sebadoh on YouTube:

I hadn’t seen Sebadoh in years (and I mean more than 20 years, I’m sad to say). The last time was back at the Black Cat during their Bakesale tour, but seeing them Wednesday night made me regret having missed them since then, because they really rocked. Even through some technical issues with guitars slipping out of tune, they improvised with Lou changing up to play what he said would be their encore selections while the issues were sorted out.

That all led to a really fun and fast version of “Flame,” followed by old favorites like “Rebound” and “Ocean.” And then getting back on rhythm, the band played through new and some more older favorites.

And as the band wrapped up their encore, they brought out early favorite “Brand New Love.” It was a great ending to a great show.

Sebadoh continue their tour and then are back to DC on July 23 at the Black Cat. One definitely not to miss. Check out all of the upcoming dates here.

Buy your tickets online now for Sebadoh at Black Cat on July 23!

Here are some photos of Sebadoh performing at the Metro Gallery in Baltimore on June 19, 2019. All photos copyright and courtesy of David LaMason.