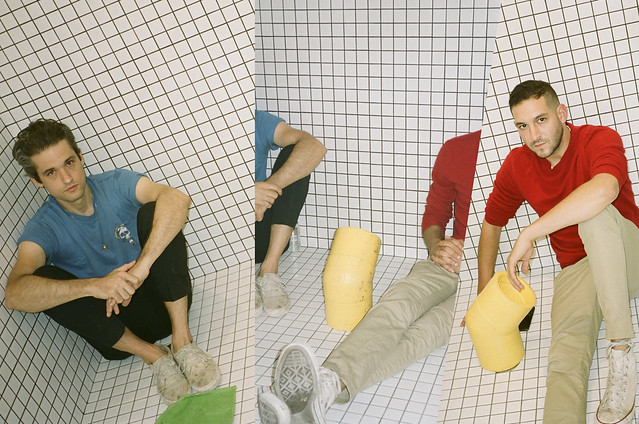 Recently, Holy Ghost! made their directorial debut on their music video for the single “Do This,” which was inspired by a memorable Sesame Street segment. The mini-film follows Nick Millhiser and Alex Frankel from James Murphy’s Plantain Studios to Heba Kadry’s mastering suite in Brooklyn and on to cut the master disk with Bob Weston in Chicago and then finally to RTI Pressing and Amoeba Music in Los Angeles.

“We wanted to document the ancient and very special process of making vinyl, from recording and mixing all the way to packaging and store delivery,” Alex said.

Watch the official music video for “Do This” by Holy Ghost! on YouTube:

In a review for The Skinny, Eugenie Johnson praised the new work from Holy Ghost!

“Work is also the first full-length LP to be released on pioneering disco label West End Records in 30 years. Fittingly, it captures some of the spirit of the sound upon which the duo’s new label built its iconic foundations, while adding a contemporary sheen. This modus operandi is defiantly stated on the breezy ‘Do This,’ as the cascading hook declares ‘We’re not about to let go’. Across 12 tracks, Frankel and Millhiser bring together a cacophony of bright synths and funk-laden grooves, even when there’s a faint bittersweet tinge; the likes of Anxious positively shimmer with ecstatic harmonies and danceable rhythms,” Eugenie wrote.