Jeff Austin poses at Sleepy Creek SpringDig in May 2019. (Photo by Chester Simpson)

The Denver Post was among news outlets that paid tribute to Jeff today, hailing him as “the virtuoso mandolin player and singer known for his work with Nederland’s Yonder Mountain String Band and as a solo artist.”

“It is with profound sadness that we announce the passing of a beloved family member, mandolinist, singer, songwriter and founder of The Jeff Austin Band, and Yonder Mountain String Band,” according to a statement posted Tuesday on his Facebook page. “He was son of Eileen Austin, husband to Devlyn, and father to Lily Rose (12), Penelope (5), and Jude Patrick (2). He was a dear friend whose music touched the lives of so many, and will be sorely missed.”

Stream The Simple Truth by Jeff Austin on Spotify:

Parklife DC photographer Chester Simpson photographed Jeff many times in recent years, and he was always pleased to see his friend on a concert bill. Chester’s experiences with his friend Jeff were always full of celebration and wonder.

“I have photographed and met Jeff Austin many times over the years.

I was always impressed by his musical talent and his presence on stage that would grab everyone’s attention.

You can always tell when a musician is putting his heart and soul into his performance and gives more than 100%.

That was how Jeff was.

People that had never seen him before stood up and took notice. He was known for his different facial expressions, his leaps and jumps on stage with such energy that it made you tired to watch him, but also happy to applaud and ask for one more song.

His fingers picked his mandolin so fast and furious that you’d think he’d set it on fire. What a talent!

Jeff allowed me to have full access to photograph him and his band at every show and even asked me if I would take shots of him and his friends backstage, which I gladly did.

I was just documenting history but his was much shorter than we knew.

Jeff could talk to anyone and adored his fans. He was never too busy to sign an autograph, pose for a photo, or talk to anyone. That is a rare quality that some musicians simply don’t have.

He enjoyed listening to my stories of hanging out with Tom Waits, B.B. King, Bill Monroe, Doc Watson, Ricky Skaggs, and especially Frank Zappa, ’cause he admired him as much as I did. I promised him a B&W portrait of Frank to give him the next time we’d meet again.

But, I know he’s with Frank now.

He inspired many musician and leaves a legacy that no one will top.” 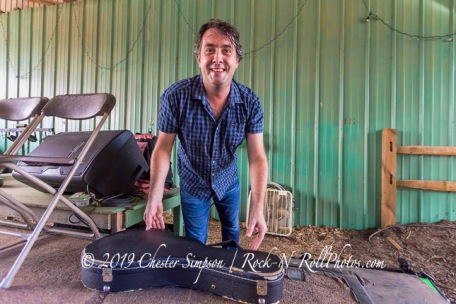 Here are some pictures of Jeff Austin enjoying life at Sleepy Creek SpringDig on May 3-5, 2019. Rest in peace, Jeff. 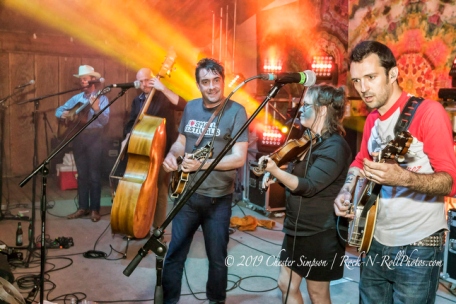 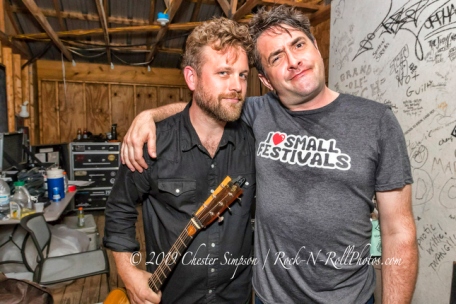 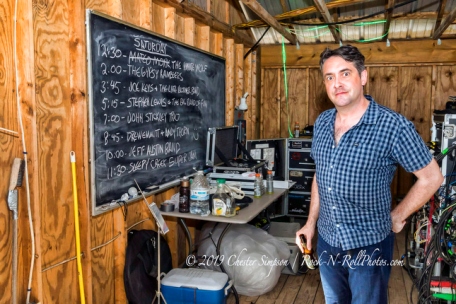