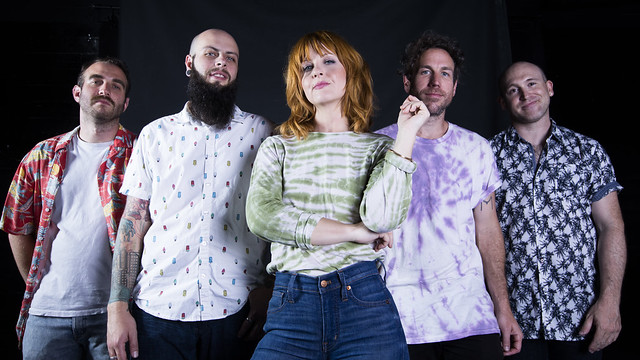 The Mowgli’s (Photo by Cortney Armitage)

Alternative rockers The Mowgli’s released American Feelings, a four-track EP, via CandyShop Recordings in March. The band performs at Union Stage on Sunday, July 14, and you can win tickets to go with Parklife DC!

On this tour, The Mowgli’s frontwoman Katie Earl steps up as lead vocalist! Prior to embarking on the Summer Vacation Tour, The Mowgli’s received warm praise from fans and the media for the new record. The Mowgli’s explore a different kind of sound on the new songs — especially on “Norman Rockwell.”

According to Billboard, “The richly textured and rhythmic track was inspired by Rockwell’s painting I Am a Child and thoughts Colin Dieden had about its subject, a young boy painting a model house while his dog looks on.”

“I was like, ‘I feel like this kid,'” Colin told Billboard. “I thought this kid was trying to paint himself a new life; He was stuck in this thing, and I imagined he was trying to create a new world for himself. So I put ‘Norman Rockwell’ in this list of titles in my phone and started to think, how am I gonna write a song called Norman Rockwell?”

Watch a lyric video for “Normal Rockwell” by The Mowgli’s on YouTube:

Parklife DC is giving away a pair of tickets to see The Mowgli’s at Union Stage. To win, simply leave a comment on this blog. You can leave any comment, but we would like to know your favorite song by The Mowgli’s.