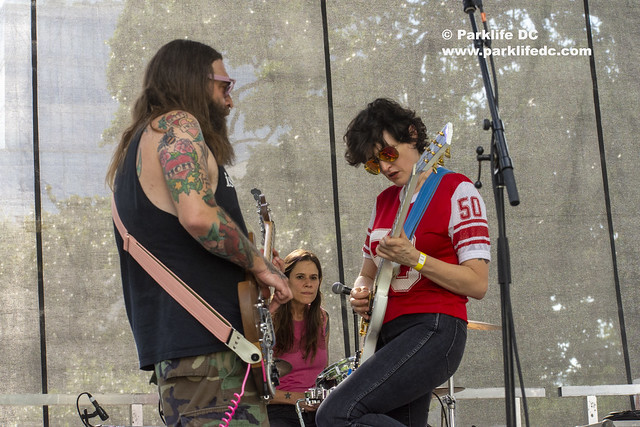 Bat Fangs perform at the Apple Carnegie Library during an Apple StoryMakers Festival on June 29, 2019. (Photo by Mickey McCarter)

Last year, Betsy Wright (guitar) of Ex Hex and Laura King (drums) of Flesh Wounds found themselves with some downtime, and they put it to good use, recruiting Aaron Deal (bass) of Darkest Hour and forming side project Bat Fangs.

The tuff and tumble trio have been quiet this year, particularly as Ex Hex released an album and toured the world, but Bat Fangs popped into a recent Apple StoryMakers Festival in DC to play an opening set, and we took some pix.

Betsy and Laura make for a powerful hard rock duo with seriously psych overtones as they stomp through their signature tunes, including “Turn It Up,” “Rock the Reaper,” and “Fangs Out,” their anthemic team song, which they played to close their set on June 29.

In the lawn of the Apple Carnegie Library, Bat Fangs performed selections from their self-titled debut record, released in 2018 via Don Giovanni Records, perhaps in a brighter setting than normal. But it suited them well, as Betsy rocked some pretty cool shades and Laura let her exposed biceps speak for her. On what turned out to be the hottest day of the year so far, Aaron was best prepared in a tank and camouflage shorts along with his own slick shades.

Although they hadn’t played together in a while, Bat Fangs were tight and snapped into rhythm pretty quickly. The hooks were powerful enough to draw in even the most casual of listener as folks walked by on the sidewalk, but the band mostly played directly to a small coterie of friends and admirers who gathered in front of the outdoor stage.

But whoever you were, the hazy guitar riffs and the powerful basslines created an irresistible sound that kept your ears tuned to the monster sound. Once Bat Fangs wrapped their killer set, other bands continued the festival, leaving you with the sad reminder the lady rockers don’t have any more dates scheduled as of yet. Maybe they will find some time to collaborate again later this year?

Meanwhile, here are some pictures of Bat Fangs performing at the Apple Carnegie Library on June 29, 2019. 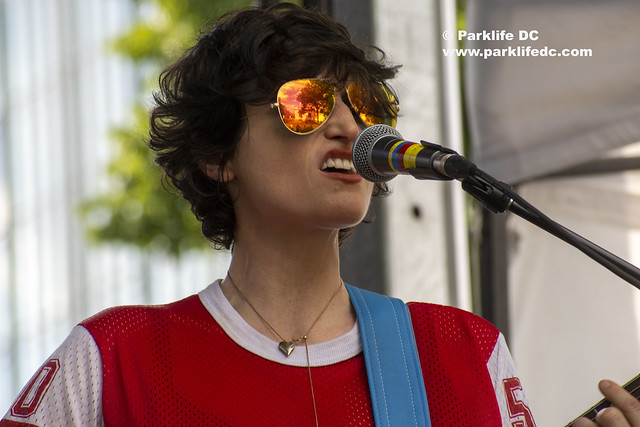 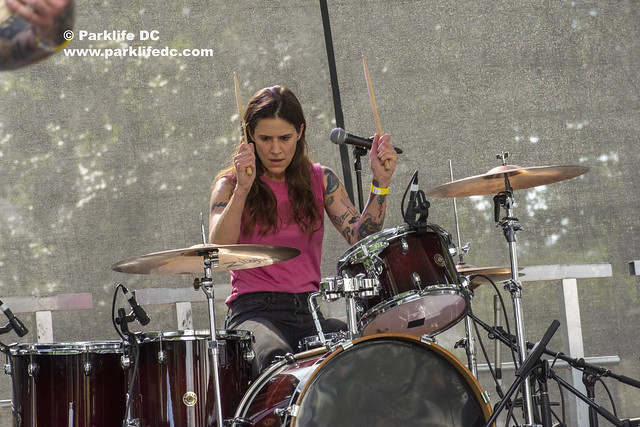 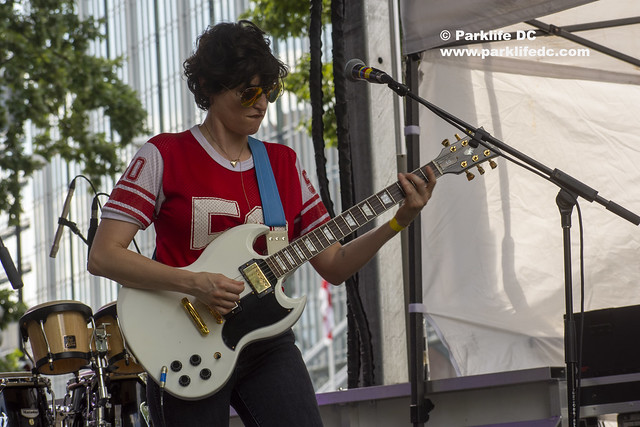 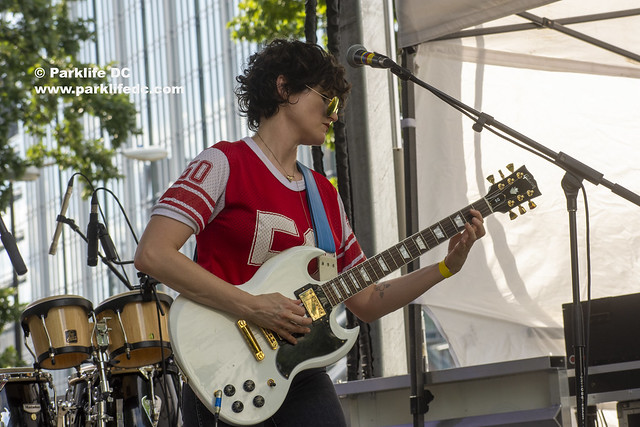 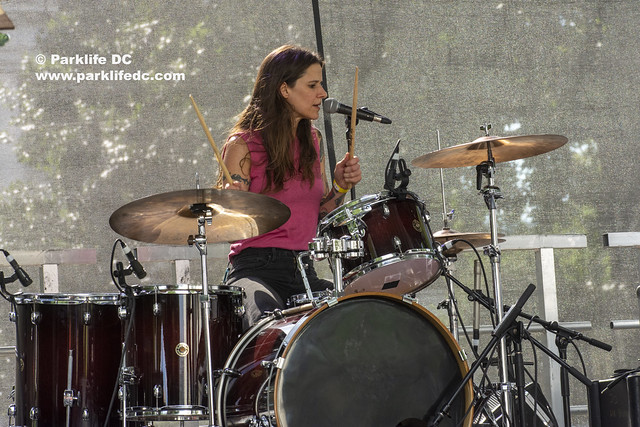 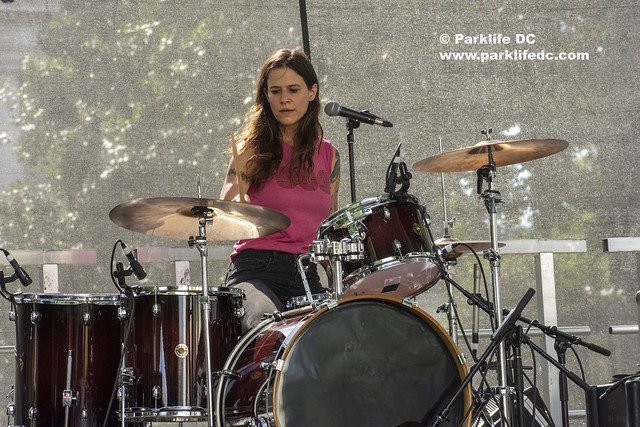 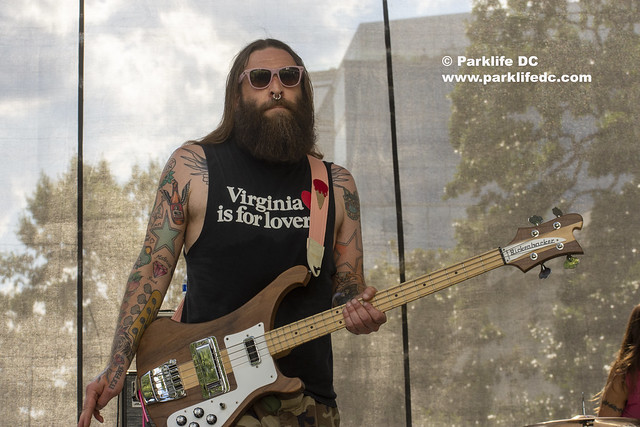 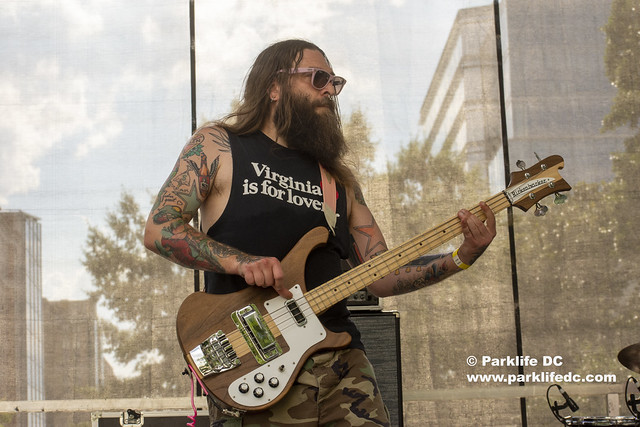 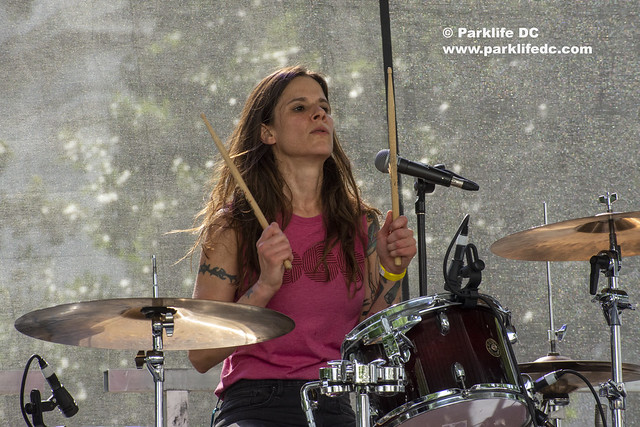 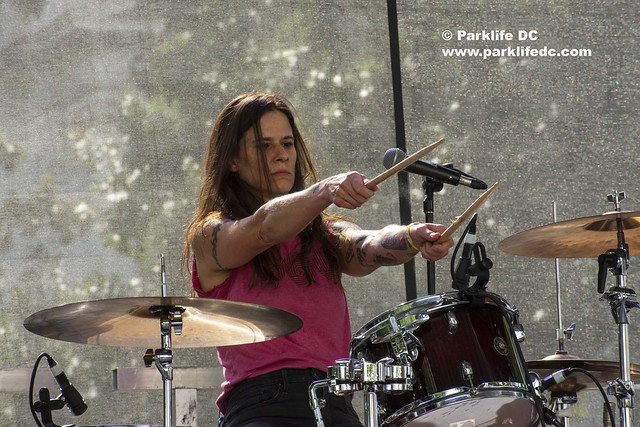 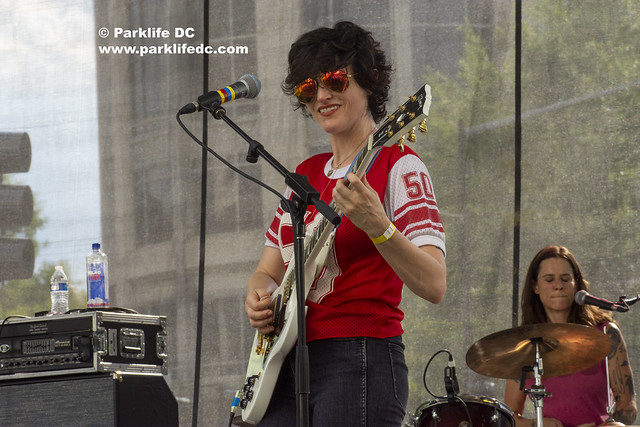 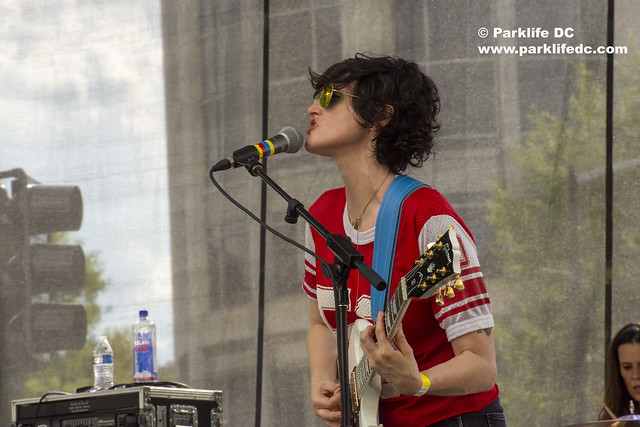 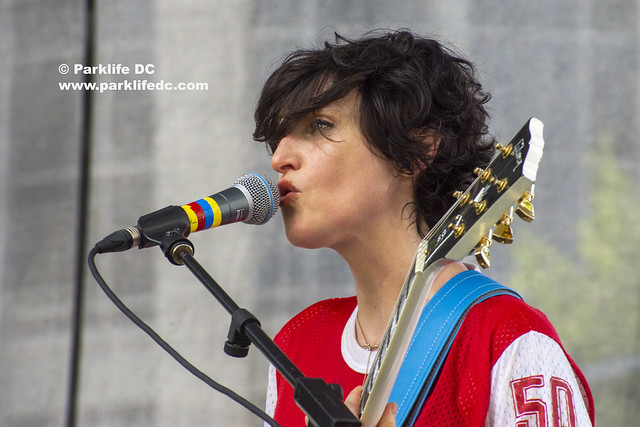 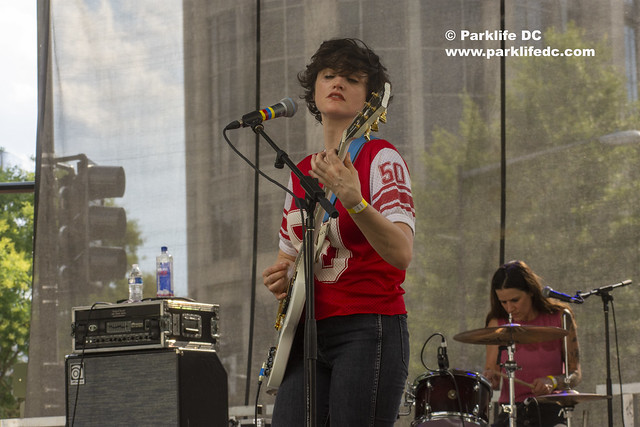 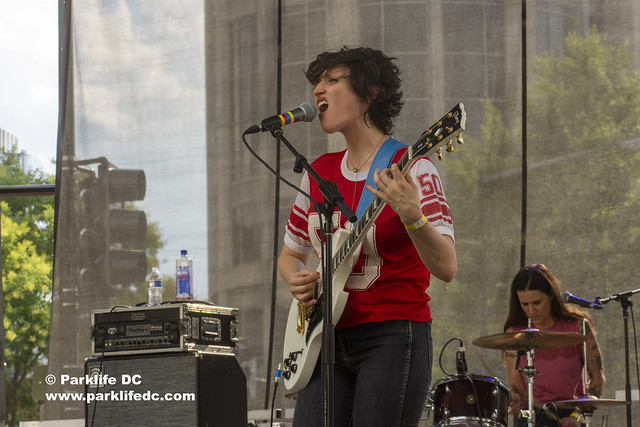 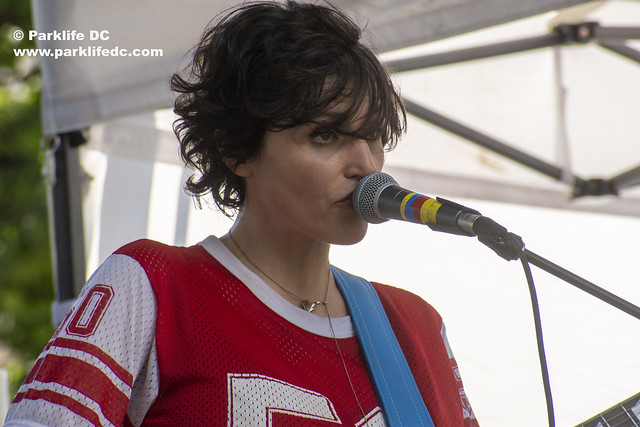