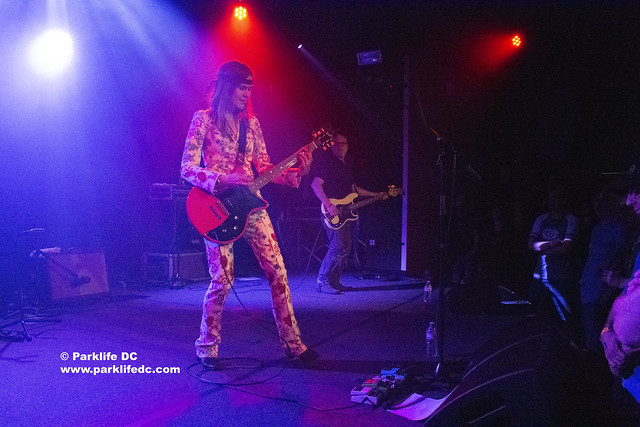 “Feel better!” an audience member called out to Juliana Hatfield at the end of her show recently at Union Stage. When she returned for her encore, Juliana came out alone, and explained that she was having trouble projecting her voice because of chest congestion. The crowd was sympathetic and assured her that she still sounded great — and she did!

Despite being under the weather on June 26, the alternative singer-songwriter put on an excellent performance at Union Stage. If Juliana couldn’t quite punctuate her lyrics with her usual screams, she had the audience hanging on every word of her delivery. Her songs, as always, channeled raw emotions into finely crafted lyrics and melodies.

Juliana began her set with a wistful journey into childhood memories, “Wonder Why,” from her 2017 album, Pussycat. During the song, she briefly knelt in front of the monitor. “Everything Is Forgiven” had a very different emotional timbre, ending with the lines, “God, forgive me please / For all the things I’m gonna do to him / ‘cause I’m not gonna die a victim.” Later, she explored similar feminist territory with “Touch You Again.”

Like most songwriters, Juliana often writes from perspectives that are not her own. But it’s never quite clear whether Juliana is speaking as herself, or whether it’s a character. “Everything Is Forgiven” could be an expression of Juliana’s emotions and frustrations, or a more literal statement by a woman in, presumably, an abusive situation. The next song, “Everyone Loves Me,” could have been a describing how Juliana feels about herself, desired by everyone except the one she wants, but it could also have been the voice of a character. It’s ambiguous.

After “Parking Lots,” Juliana chatted with the audience a bit. She seemed to explain that she was with the Julianna Hatfield Three minus one, plus two. (She formed the Juliana Hatfield Three in 1992 with herself on guitar, bassist Dean Fisher, and drummer Todd Philips. After a 22-year hiatus, they put out the album Whatever, My Love in 2015.)

Next, Julianna played “If I Wanted Trouble,” a song she recorded with Minor Alps, her duo project with Matthew Caws of Nada Surf. After “My Sister,” which had received a fair amount of MTV airplay in the ‘90s, she asked if anyone had seizures from the flashing lights. On “Lost Ship,” Juliana took the audience on a “ride on the spaceship in my mind.”

“Broken Doll” served as a metaphor for emotional vulnerability, while “Rhinoceros” clearly alluded to Donald Trump. She portrayed the portrayed the President as a disgusting animal raping America.

Juliana shouted, “I’m feeling it so hard!” She asked, although she already knew the answer, “Are you guys feeling it?” The crowd cheered in response, and Juliana said, “Let’s do another one. It’s called ‘Everything’s for Sale.’ It’s about everything for sale.”

While Juliana was heavily influenced by alternative bands like the Velvet Underground, she was also influenced by mainstream pop. In 2018, she released an album of Olivia Newton-John covers. She sang two songs from that album, “Suspended in Time” and “Physical.”

After playing “Somebody Is Waiting for Me,” from her 2000 album, Beautiful Creature, Juliana paused to address the crowd. She mentioned that sometimes, out on the road, she forgets where she is, though not tonight, of course. It does tend happen, though, when she plays in neighborhoods that are, like The Wharf, whatever you’d call the opposite of organic.

Juliana was born in Maine, but she grew up in Massachusetts, as did her band. She attended Berklee College of Music in Boston, where she majored in voice. At Berklee, she met guitarist John Strohm and drummer Freda Boner, with whom she formed the Blake Babies in 1986. Juliana and her band paid tribute to their home state with “Feelin’ Massachusetts.”

To round out her set, Juliana played two more songs, “Backseat” and “Christmas Cactus,” her quirky take on a Christmas song. For her encore, she played “Choose Drugs,” about someone choosing drugs over their lover, solo. She mentioned that she borrowed the alternate tuning for the song from a band out of Birmingham, Alabama. The crowd, which had been respectful all night, gave Juliana a solid send-off and wishes for a speedy recovery.

Juliana described herself as a guitar geek at her show on June 26. That’s really her secret sauce: Juliana is a music geek who has a rare depth and sophistication to her craft. It shows in her vocal technique, her melodies, and her lyrics. But, while there’s a lot of thought that goes into her music, it’s driven by emotional impulses and political outrage. It’s great music, with equal parts heart and mind.

Here are a few pictures of Juliana Hatfield and company at Union Stage on June 26, 2019. 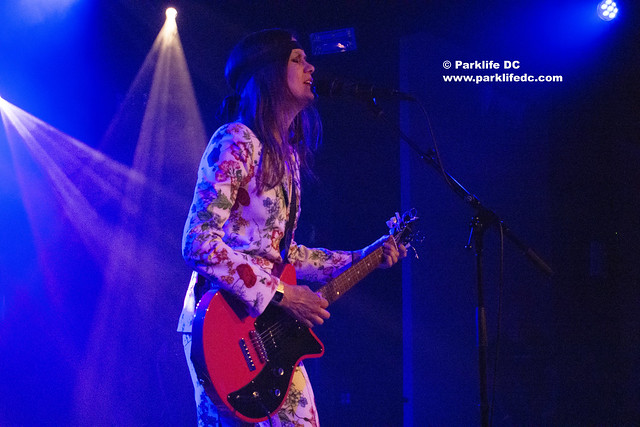 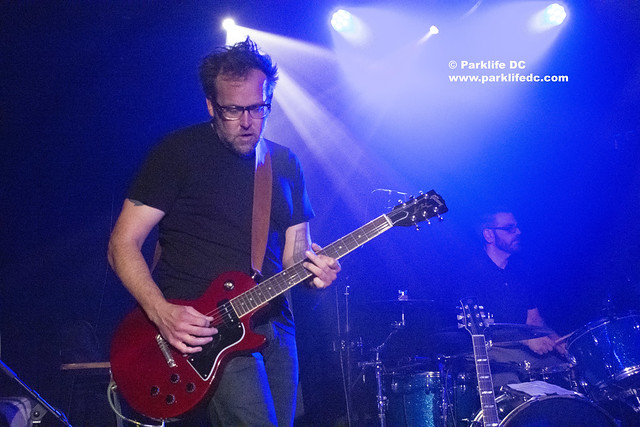 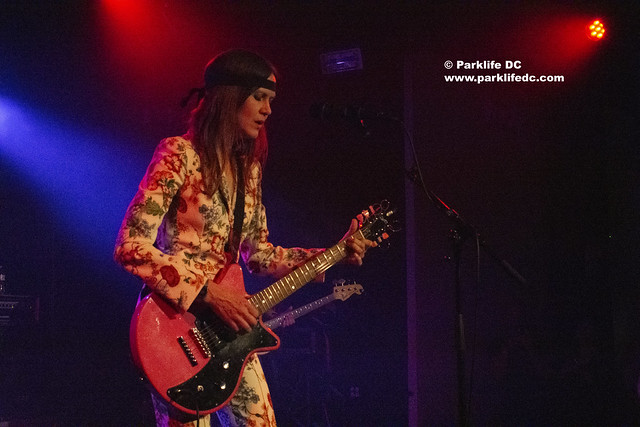 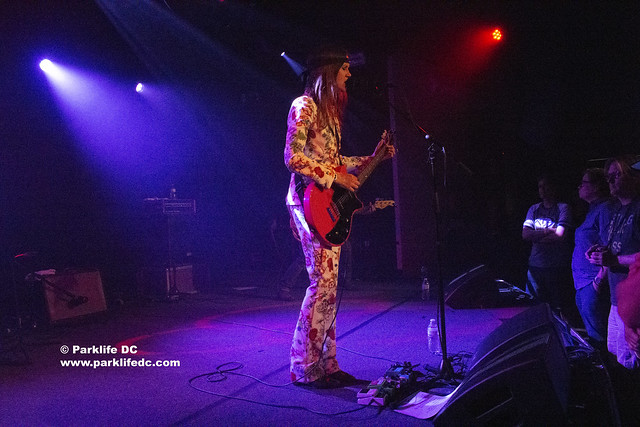 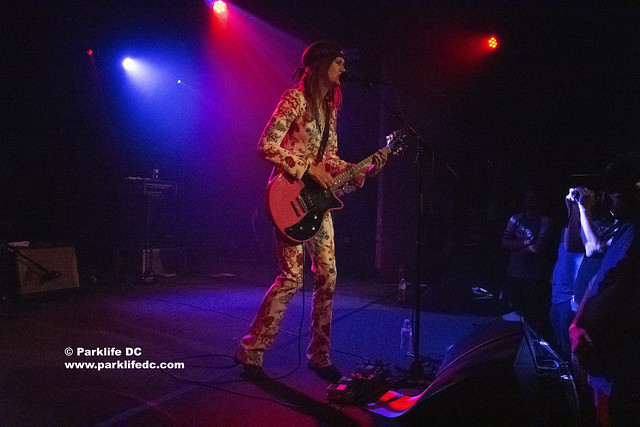 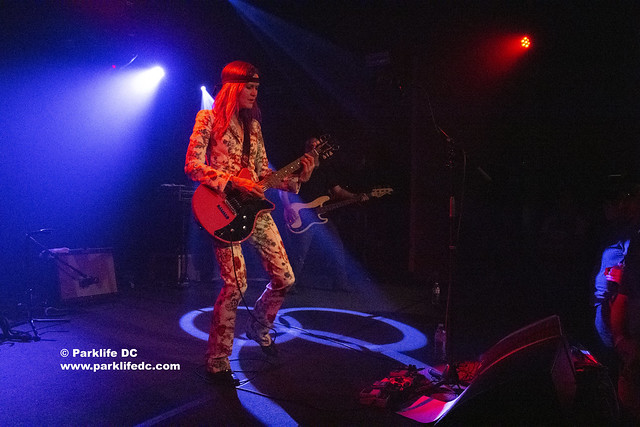 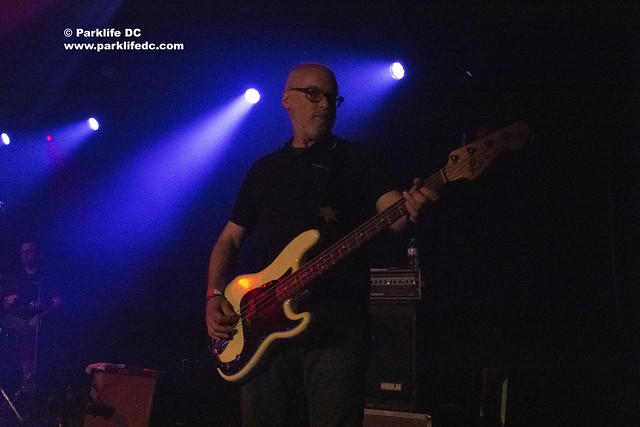 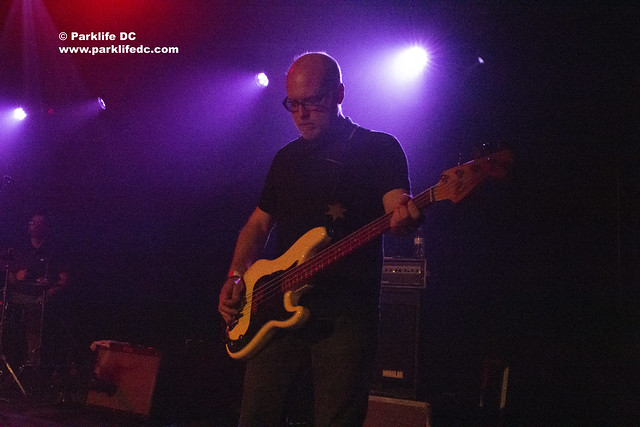 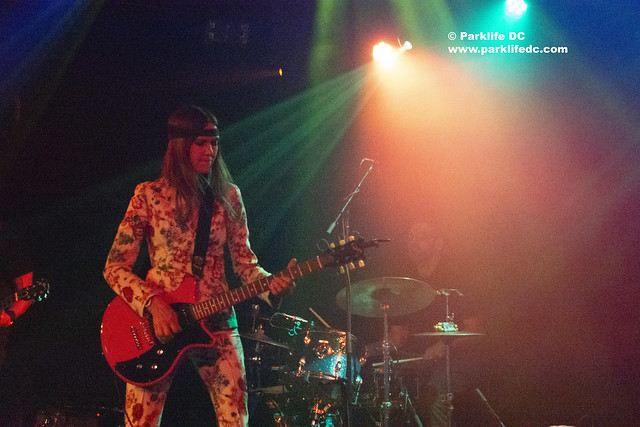