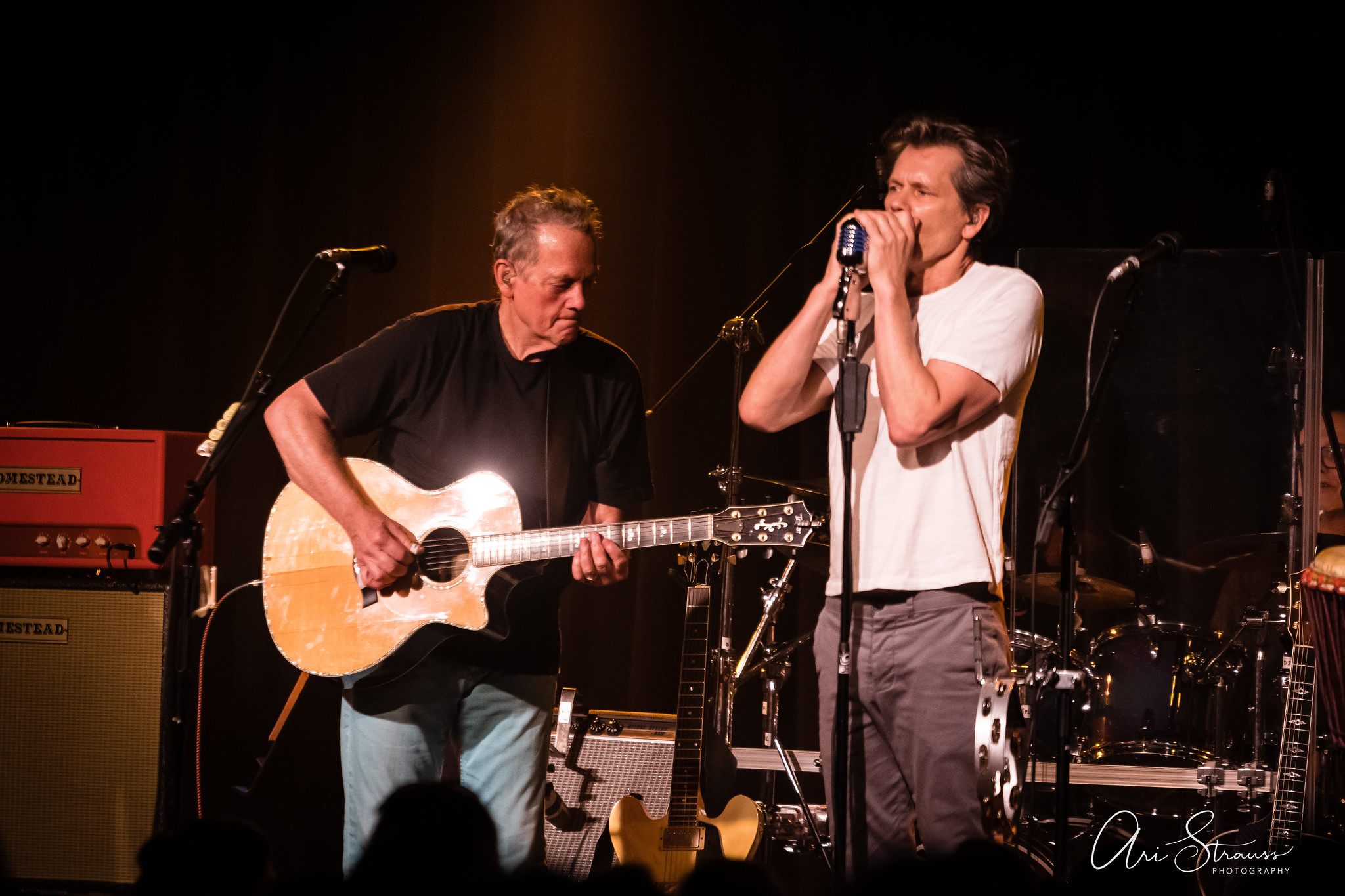 The Bacon Brothers perform at The Birchmere in Alexandria, Virginia, July 19, 2019. (Photo by Ari Strauss/ aristrauss.com)

While preparing to cover the first night of a three-night Bacon Brothers residency at The Birchmere, I joked with my friends via a Facebook post that they would all become two degrees of separation from Kevin Bacon, a reference to the Six Degrees of Kevin Bacon parlor game which became popular in the 1990s.

The Bacon Brothers features Kevin and his older brother, Michael, a successful composer and music educator. The three Birchmere dates took place during the brothers’ Shaky Ground Tour, which runs through mid-September.

This was my first time seeing the band live on Friday, July 19. From the very first note, it was easy to see The Bacon Brothers isn’t a mere side project for Kevin and Michael, each of whom is wildly successful in their own careers — Michael is an Emmy-award winning television and film composer and Kevin’s 93 actor credits on IMDB speak for themselves.

Kevin and Michel have played music together since they were boys growing up in Philadelphia, Pennsylvania. However, the idea to form a band did not occur until 1995 when a childhood friend approached them about doing a one-time gig for charity in their hometown at the Theatre of Living Arts. What was supposed to be a one-night performance has become a nearly 25-year career for the band which has seen them release seven studio albums, appear on numerous radio, television, and web programs, and on many tours throughout the United States and around the world.

The brother’s first studio release in 1997 was titled Forosoco, derived from what the brothers describe their genre to be as a mix of folk, rock, soul, and country. Their most recent studio album, the self-titled The Bacon Brothers, released in the summer of 2018 and was produced by former Saturday Night Live musical director (and Master of the Telecaster), G.E. Smith. The first track on the album Tom Petty T-Shirt hit #8 on iTunes and Spotify charts, in addition to receiving airplay on Tom Petty Radio on SiriusXM.

After an opening set by Brooklyn-based folk artist Janie Barnett, who happened to grow up in Alexandria, The Bacon Brothers took the stage and opened their set with a lively cover of The Rascals’ seminal soul classic, “People Got to Be Free.” Following applause from the audience, Kevin thanked the crowd for coming out and, “Spending their hard-earned entertainment dollars on The Bacon Brothers Band. He also thanked The Birchmere for having the band back again, and again, and again. The Bacon Brothers enjoy a long relationship with “America’s Legendary Music Hall,” which proudly displays a framed autographed photo of The Bacon Brothers in the foyer outside its main stage.

Prior to introducing the song, “Broken Glass,” a folksy song in which he partially sings in a tender falsetto voice, Kevin asked if there were any twentysomethings in the audience; there were several. He explained, “The song is about [the challenges of] life in your twenties. The video for Broken Glass features a woman’s night out played in reverse, beginning with her walking home alone and ending with the start of the day. It tells the story of a night that starts with the promise of fun but ends in loneliness.”

Watch the official music video for “Broken Glass” by The Bacon Brothers on YouTube:

Kevin introduced the band’s newest Single “Play!” with the announcement that he and his wife, actress Kyra Sedgwick, have been married for 31 years. He said tired of so many people asking him in interviews how he’s managed to have such a long and successful marriage. He told the audience he rejected the notion that marriage is a lot of work. He said the song is, “just kind of an answer to, ‘Well, how come you guys are still married? You must really work at it.’ Not, it’s more like we play!”

Play! is a funky up-tempo song. The audience caught onto the catchy chorus punctuated with a one-word exclamation, “Play!” and joined the band in a singalong. The song and its video debuted this month — in time for the Shaky Ground tour. The video features the band in studio recording the song, interspersed with black and white shots of Kevin and Michael walking the streets of New York City with a camera on a selfie stick.

See the official music video for “Play!” by The Bacon Brothers on YouTube:

Midway through the set, Michael took a seat on stage to play his cello. He introduced the song, “Cello Interlude,” by saying he wrote the song to torture the band. Its a slightly jazzy number that features him on cello and Kevin on harmonica and transitioned seamlessly into “Tuesday.”

Kevin and Michael were backed by a group of solid musicians, each of whom has been with the brothers since the beginning of the band. The Bacon Brothers consists of Michael on vocals, guitar, ukulele, and cello; Kevin on vocals, guitar, ukulele, harmonica, and percussion; Paul Guzzone on bass, U-bass, and backing vocals; Joe Mennonna on keyboards, accordion, and tenor sax; Tim Quick on lead guitar, mandolin, ukulele, and backing vocals; and Frank Vilardi on drums and percussion.

When the song “Perfect Pitch” came up, the band’s front four each grabbed a ukulele and I noticed each was a different size. This is when I took to the internet on my phone and discovered there are four different types of ukuleles: soprano, tenor, baritone, and bass (known as the “U-bass”).

Michael grabbed the soprano; Tim the tenor; Kevin the baritone; Paul played the U-bass, which was perhaps the most interesting to me. Its bottom end was so low it sounded exactly like an electric bass. I spoke with the band’s tour manager Matt after the show, and he told me the U-bass actually has rubber strings which allows its tone to be so relatively low. The U-bass is also tuned the same as an electric bass, E-A-D-C, as opposed to the rest of the ukulele family which is tuned G-C-E-A. With all four played together, it made for quite a lovely harmonized sound. Suffice to say, I learned a heck of a lot about ukuleles at The Bacon Brothers show.

The Brothers finished out the set with their song “Peace Dance,” which transitioned into a cover of Kenny Loggins’ “Footloose,” which the crowd loved. Several audience members jumped into the aisles and mimicked the dance moves from the 1984 breakout film for Kevin.

When the band returned to the stage for the encore, opener Janie Barnett came with them and helped sing a cover of Tom Petty and the Heartbreakers, “Don’t Do Me Like That.” The band wrapped up the show with their own song, “Live with the Lie.”

Encore:
Don’t Do Me Like That (Tom Petty and the Heartbreakers cover)
Live with the Lie

Enjoy some photos of The Bacon Brothers performing the first night of their three-night residency at The Birchmere, July 19, 2019. All images copyright and courtesy of Ari Strauss from aristrauss.com. 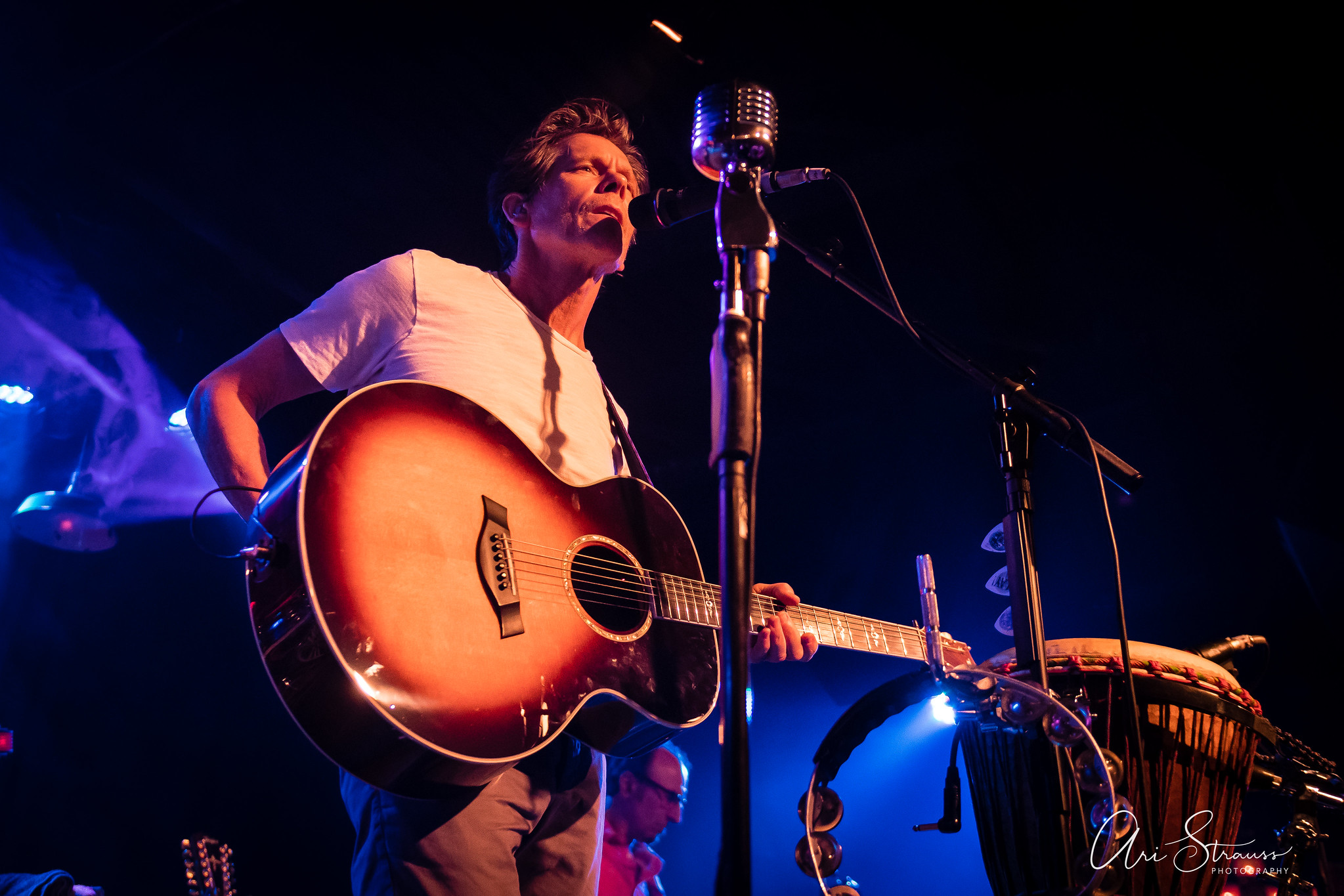 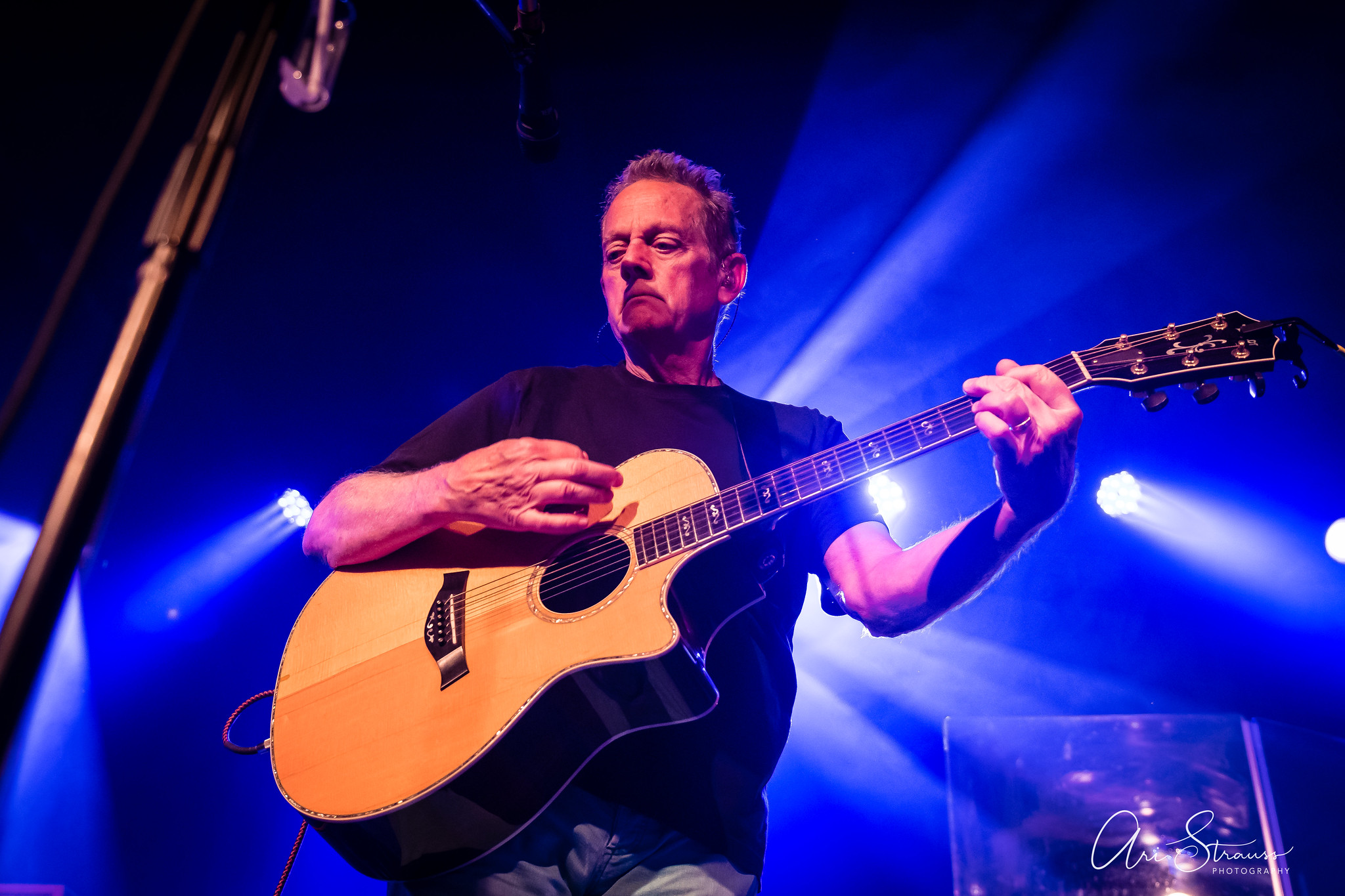 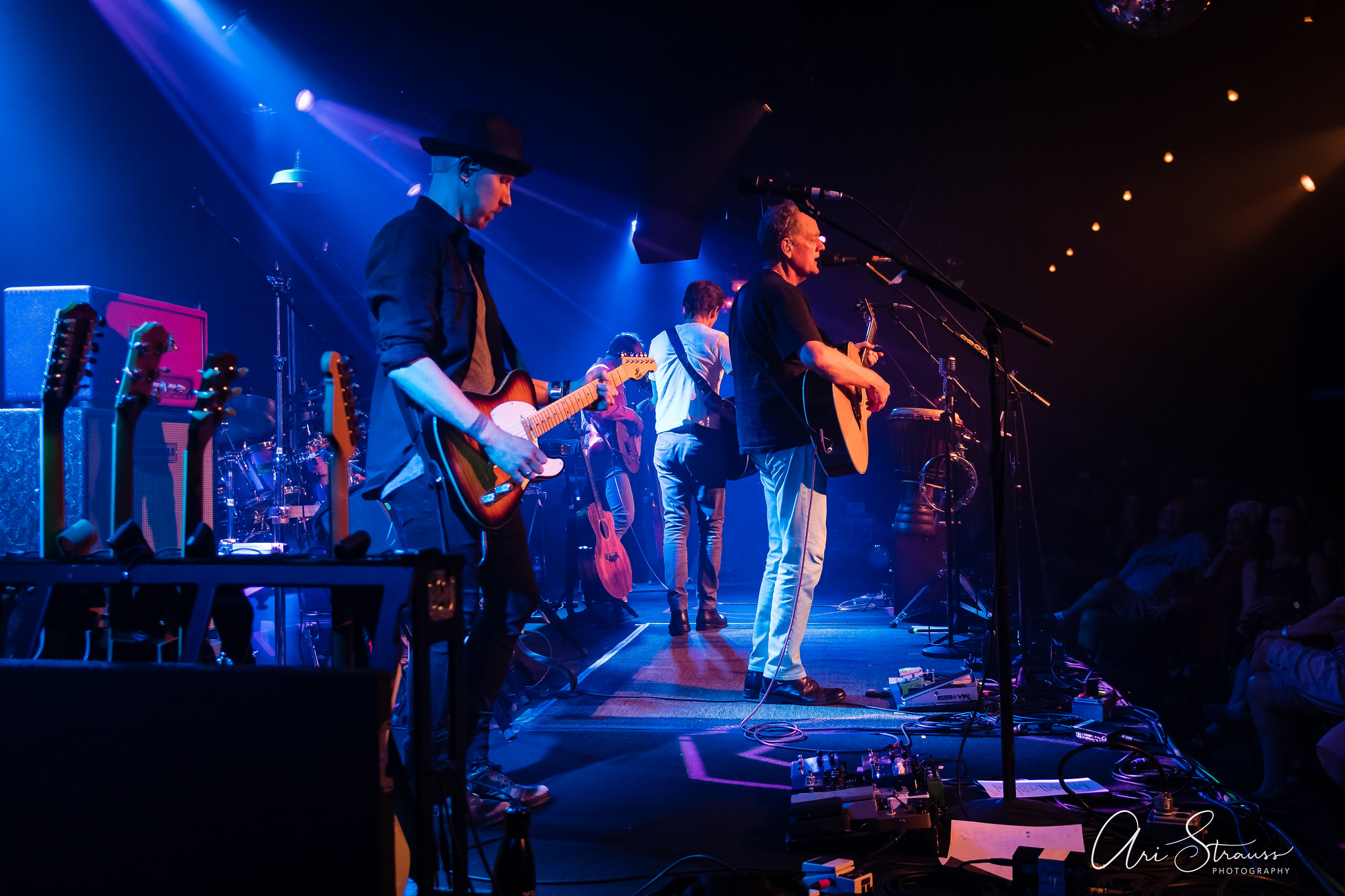 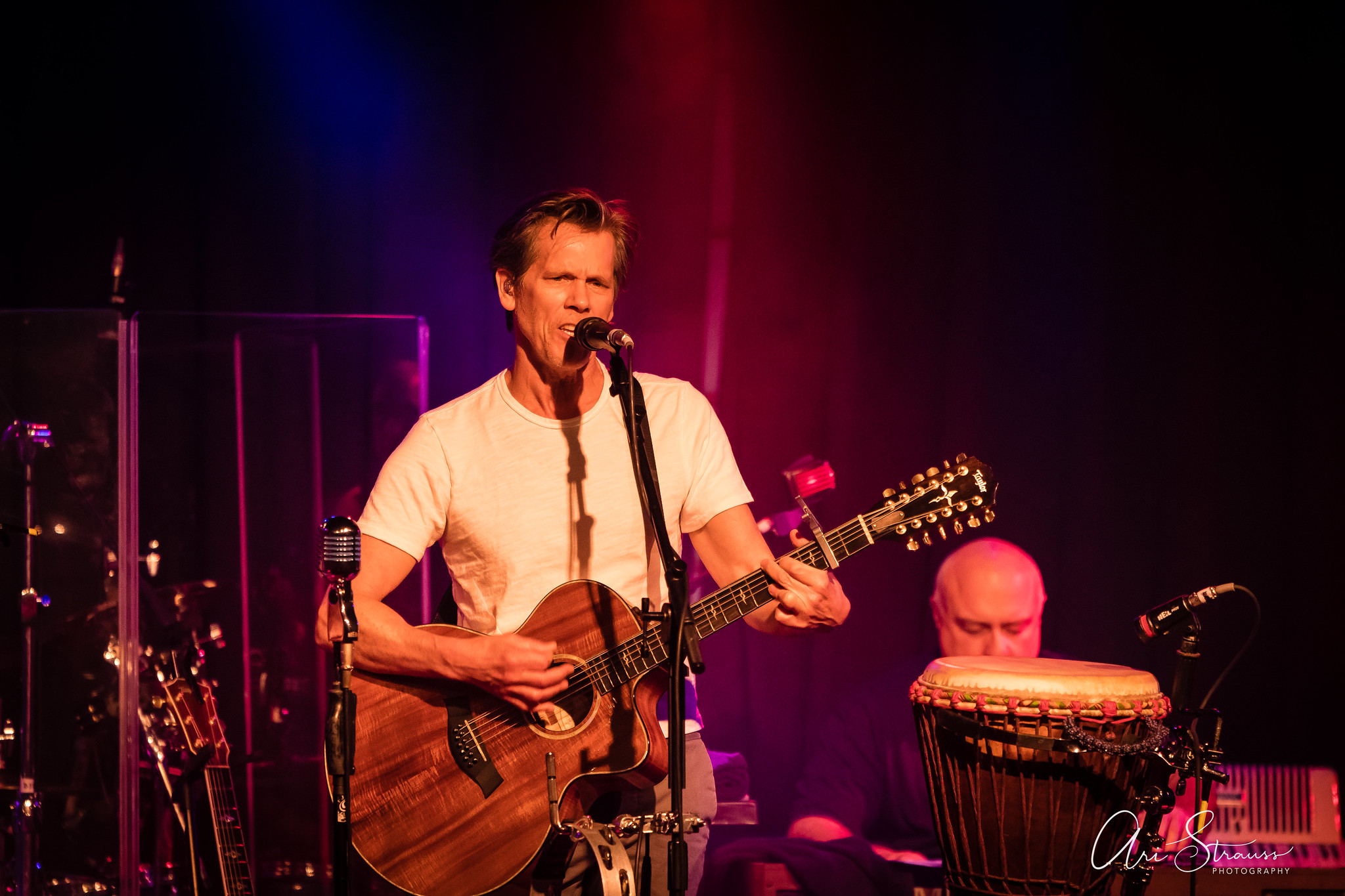 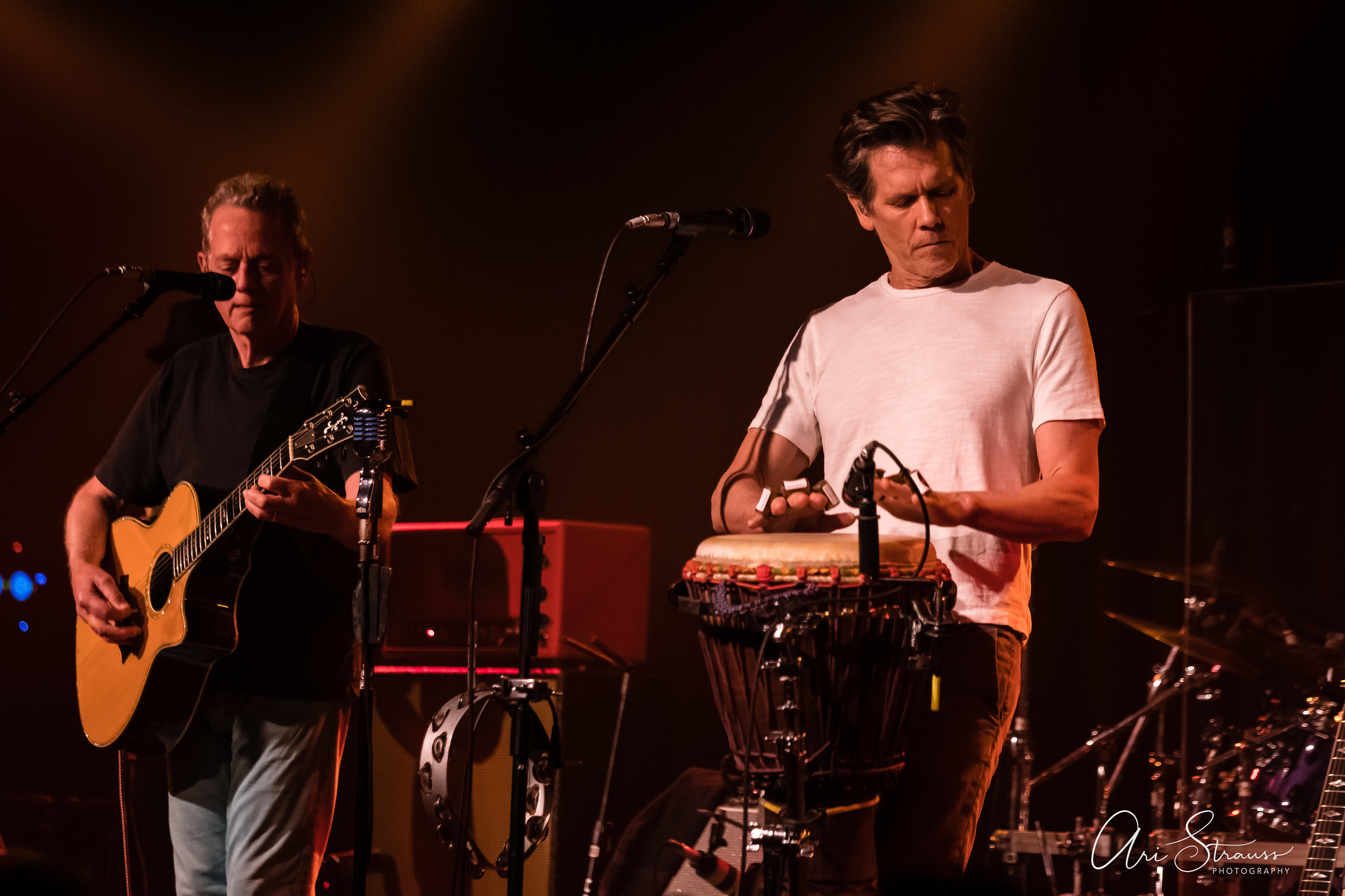 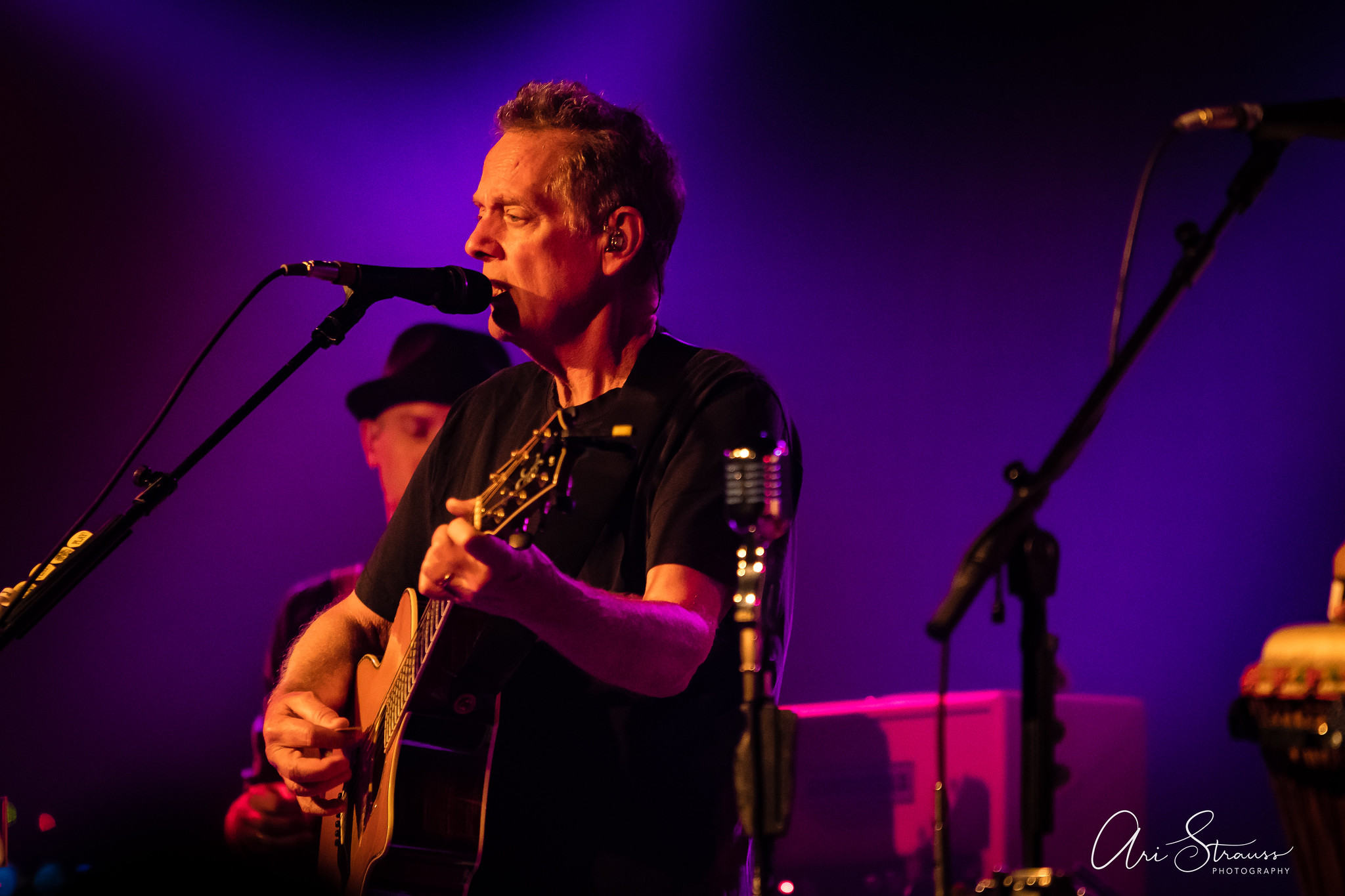 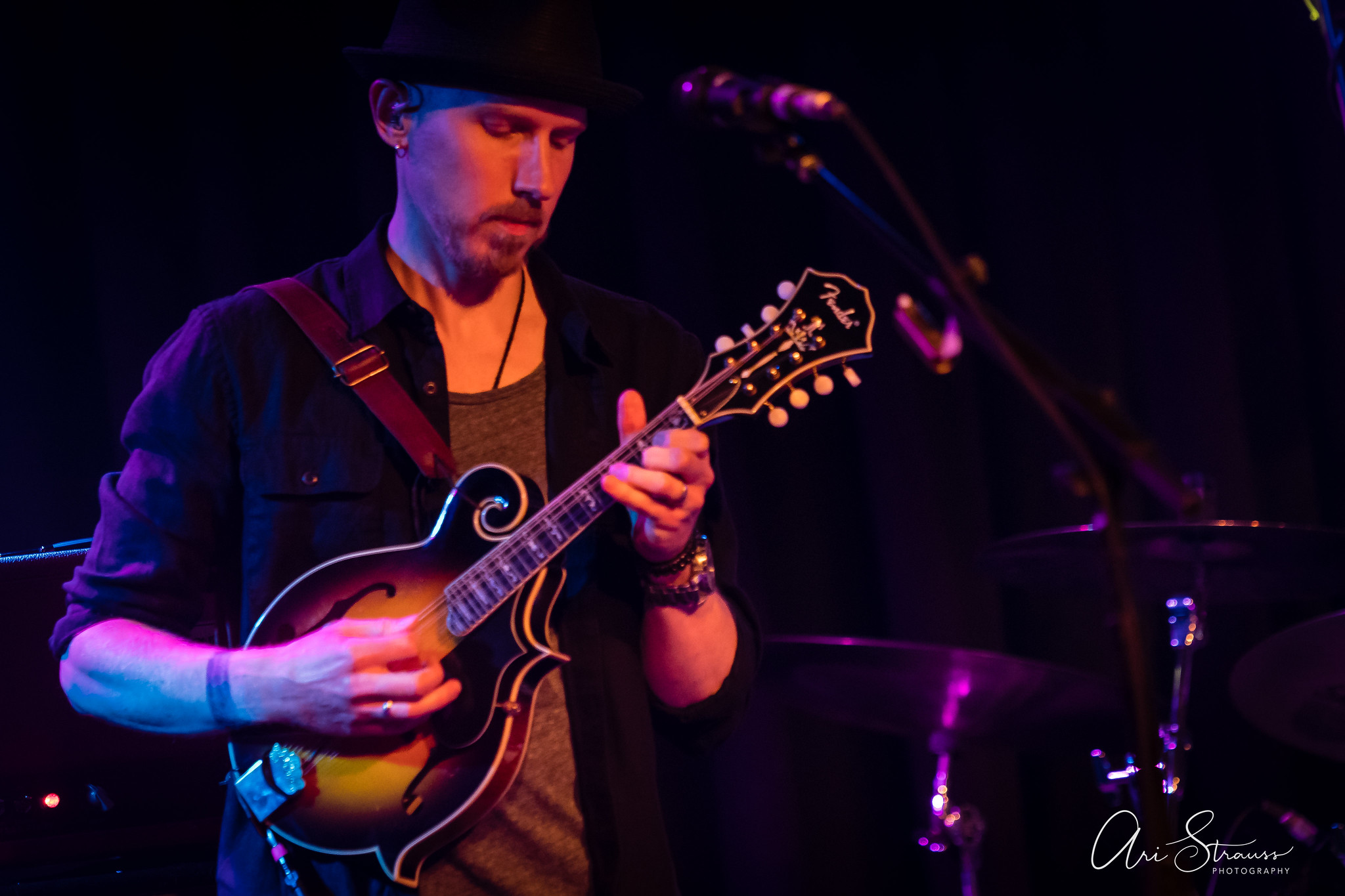 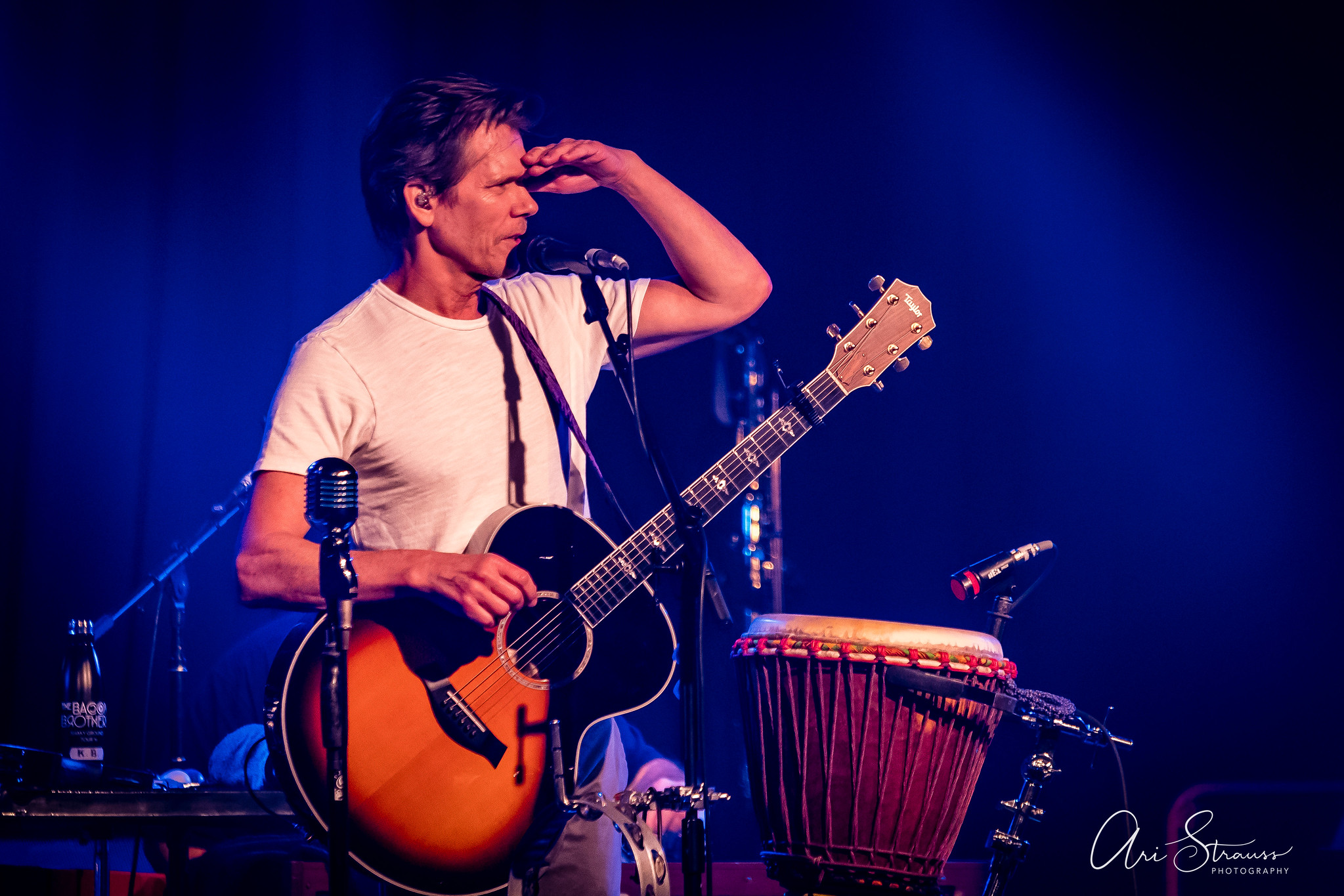 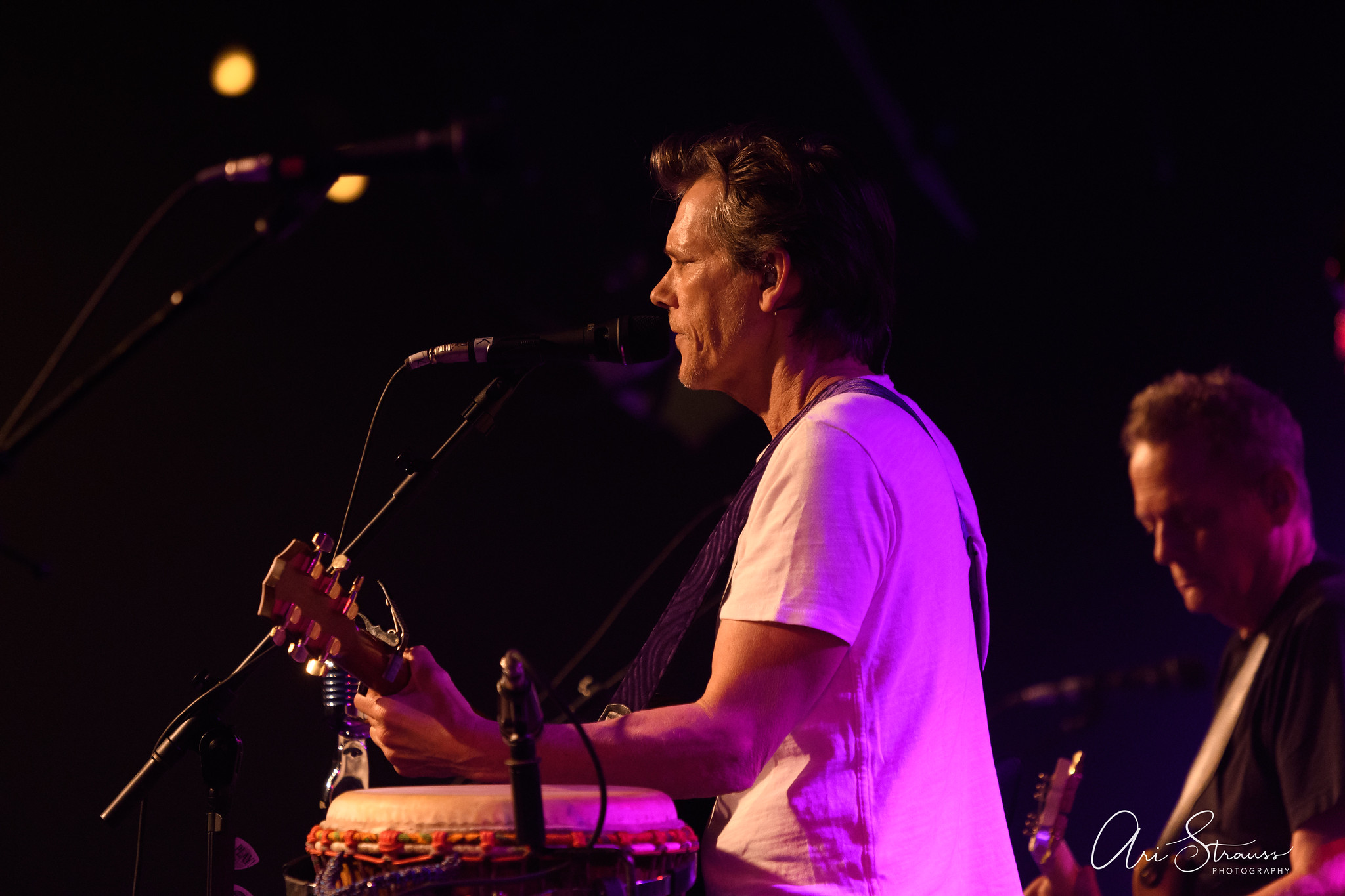 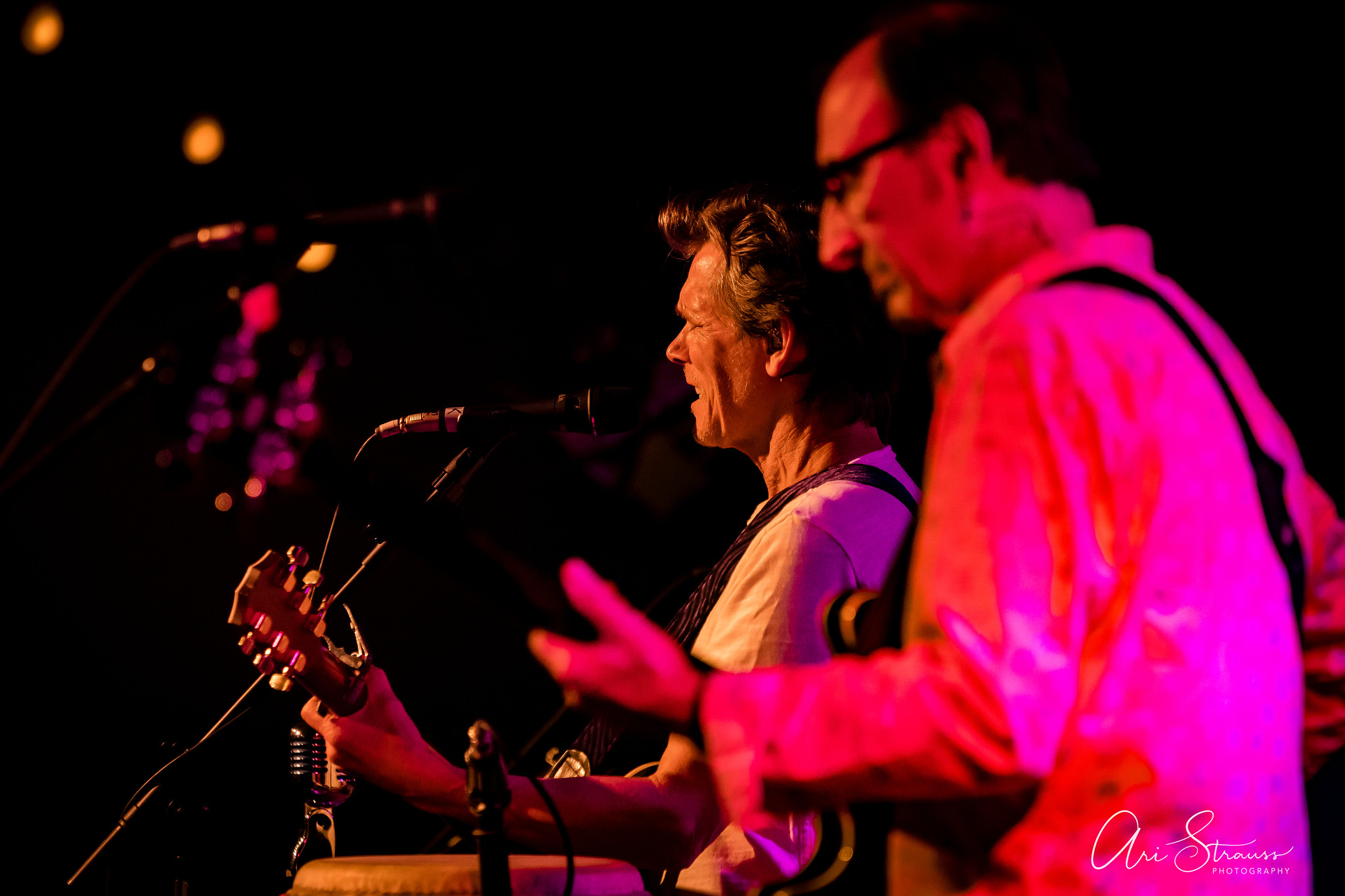 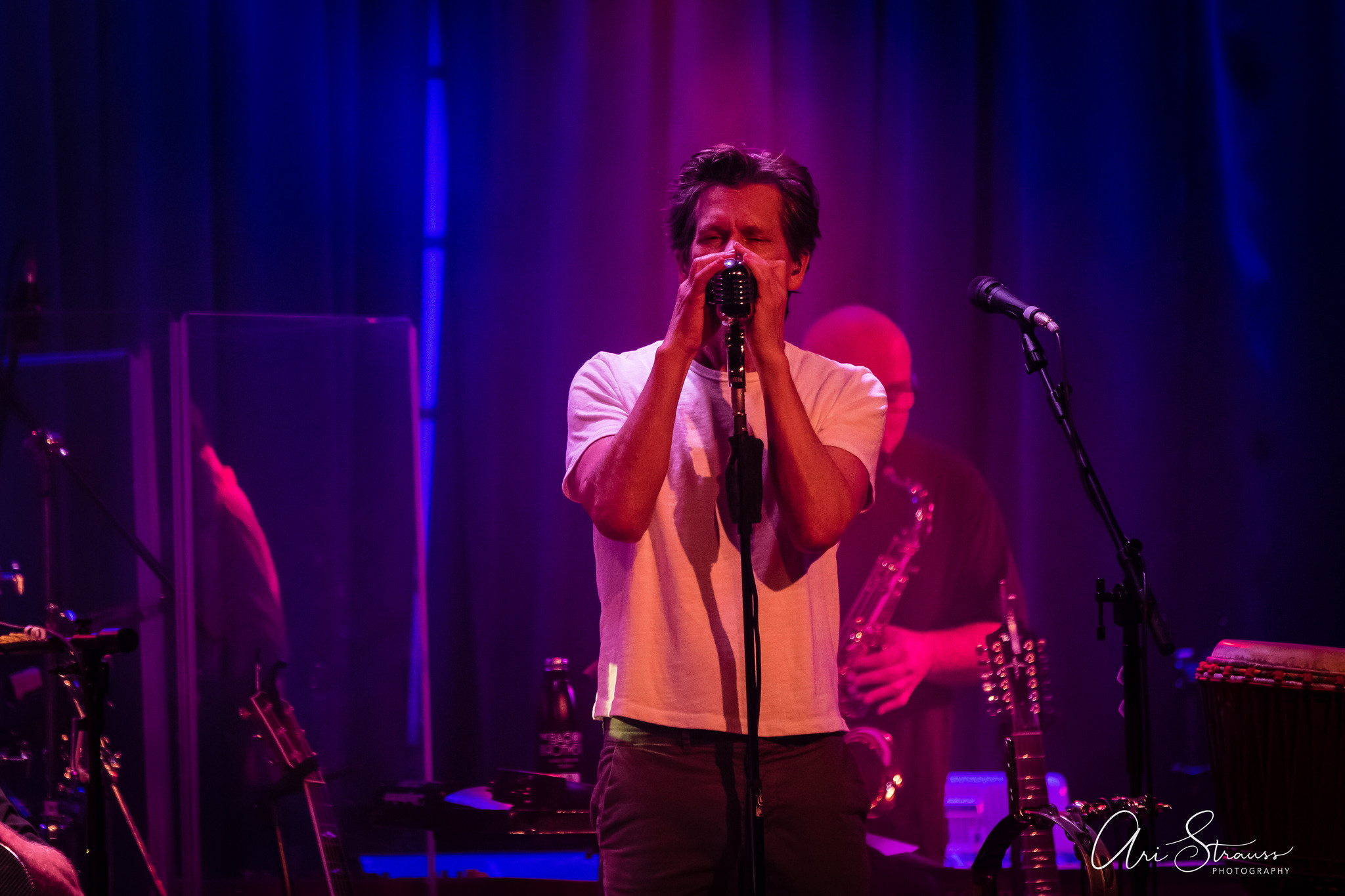 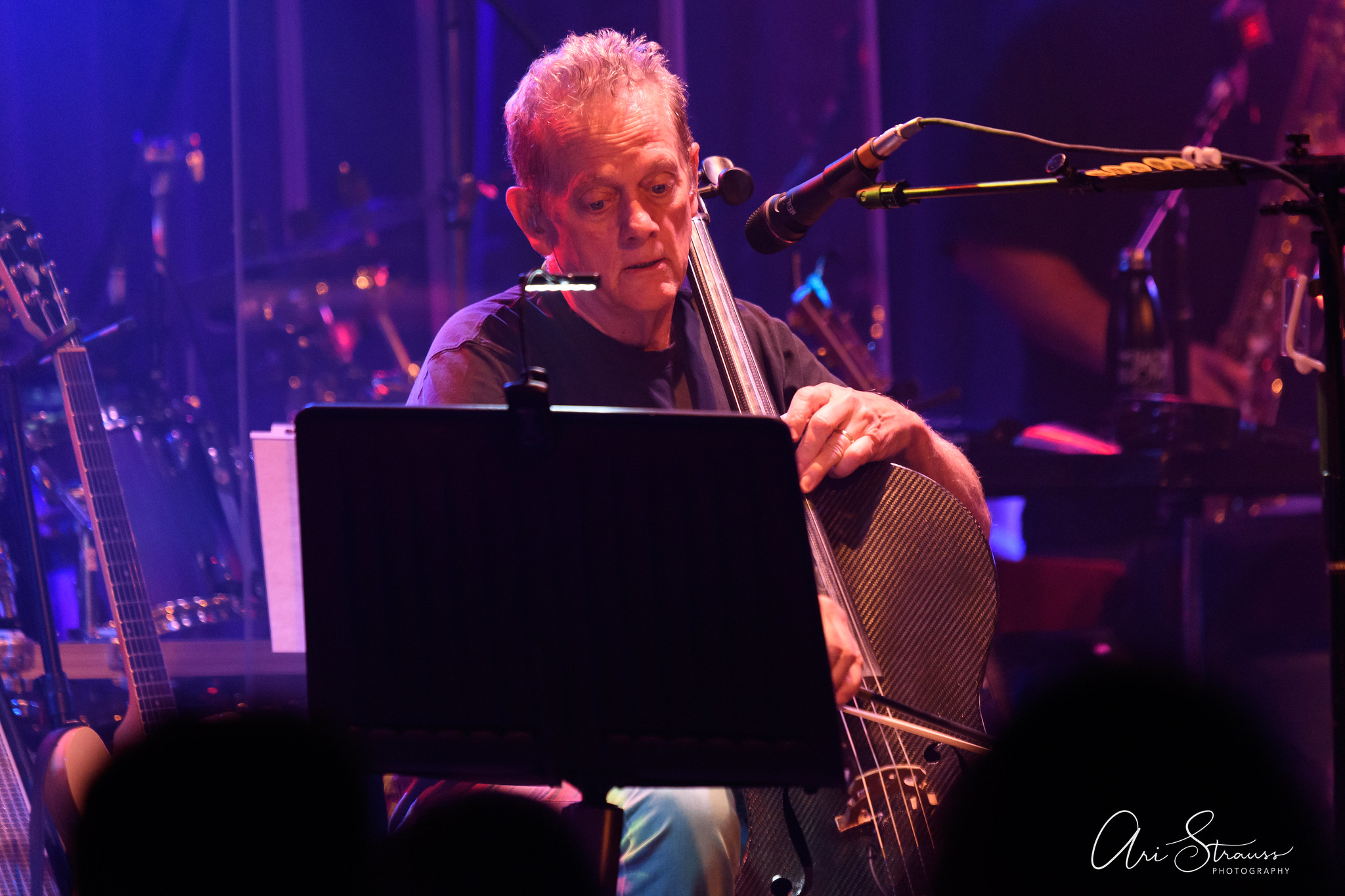 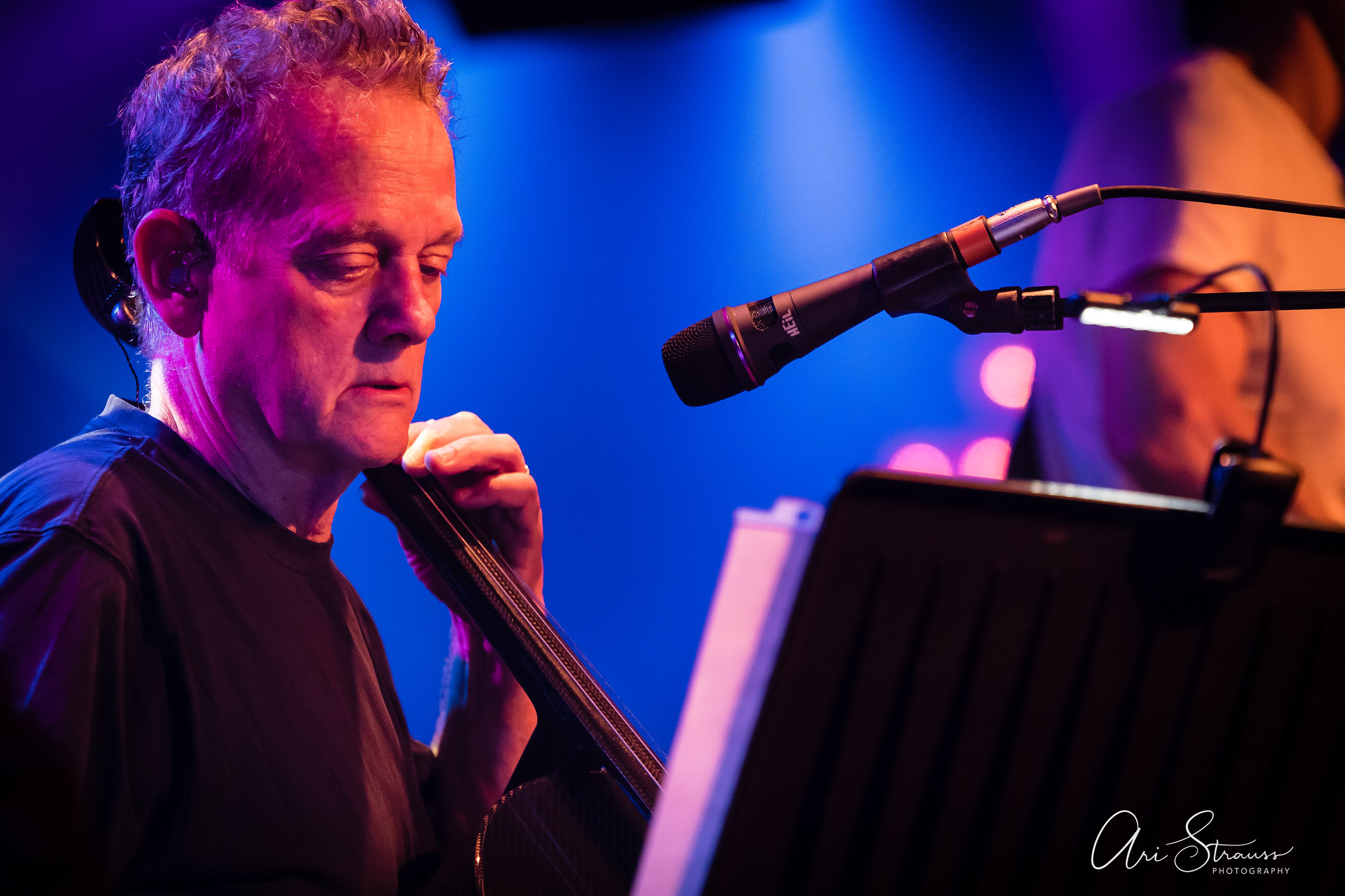 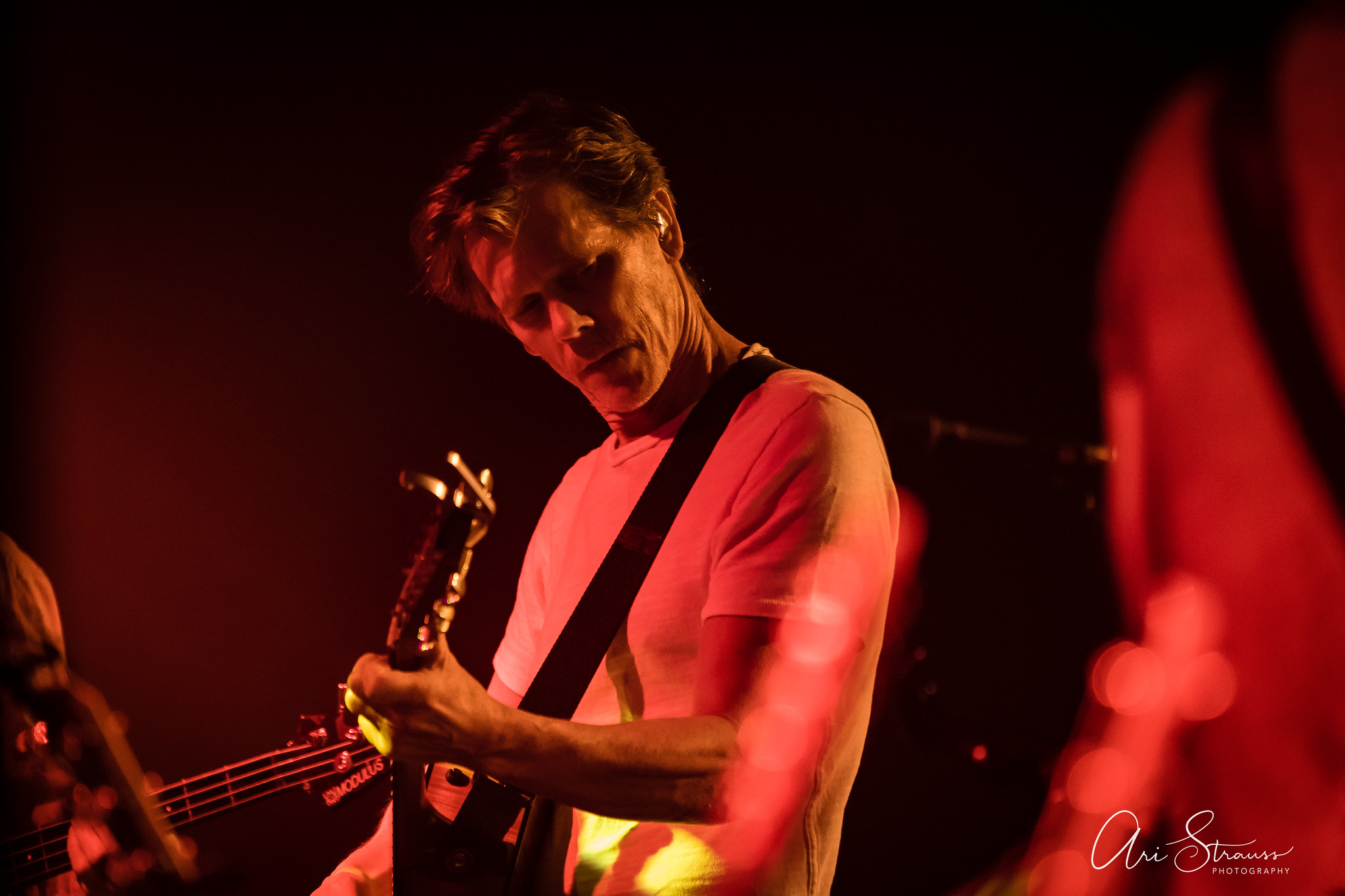 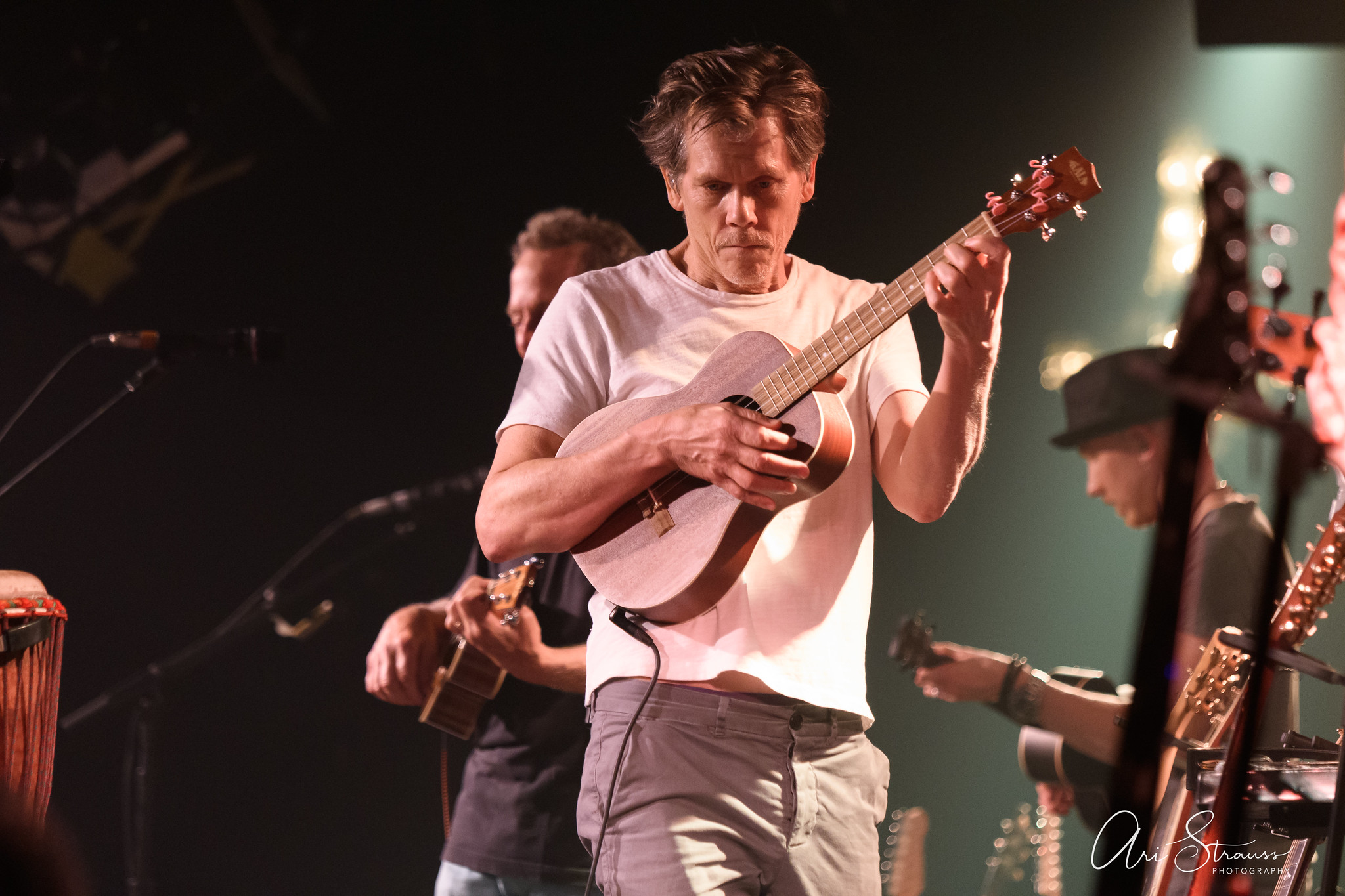 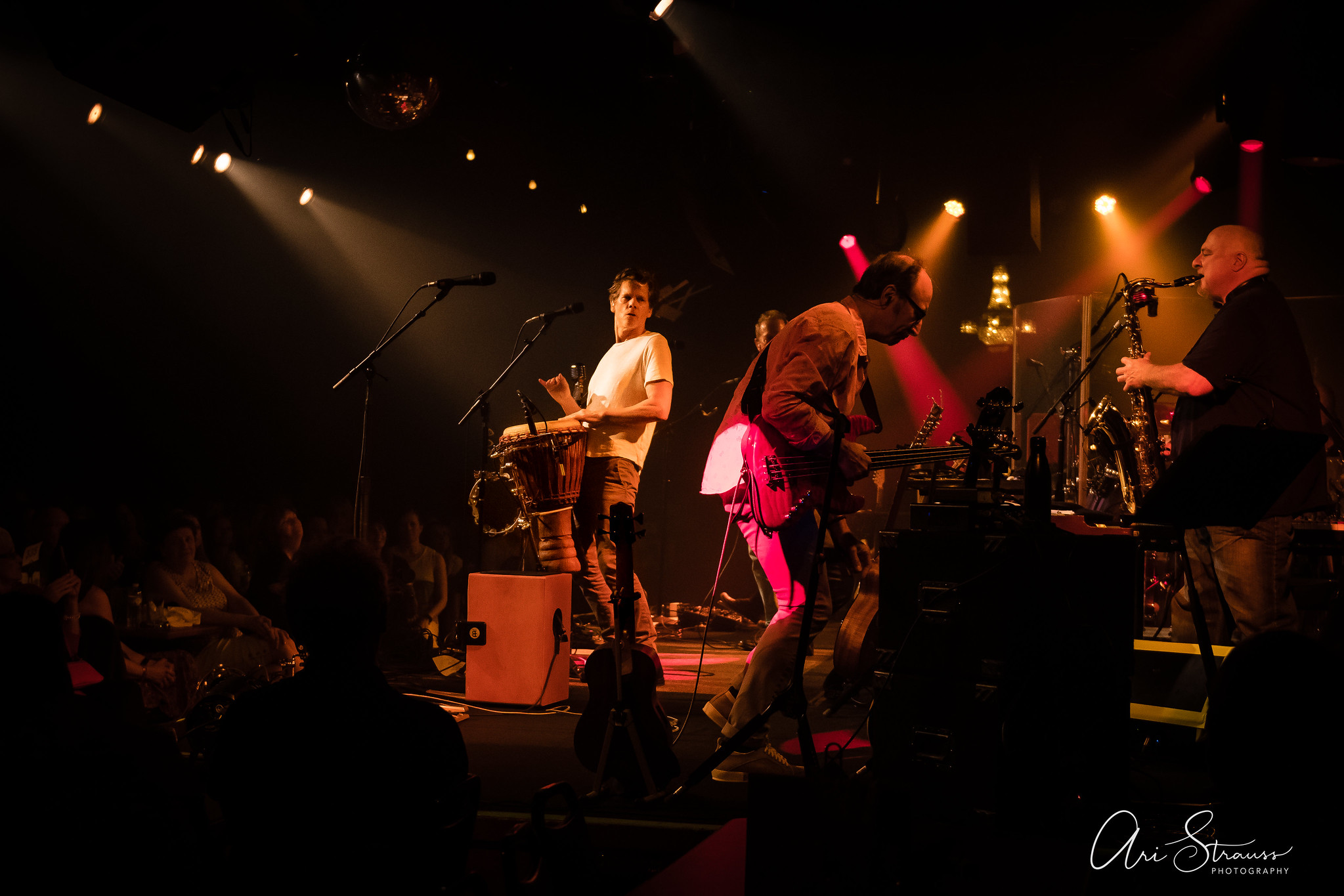 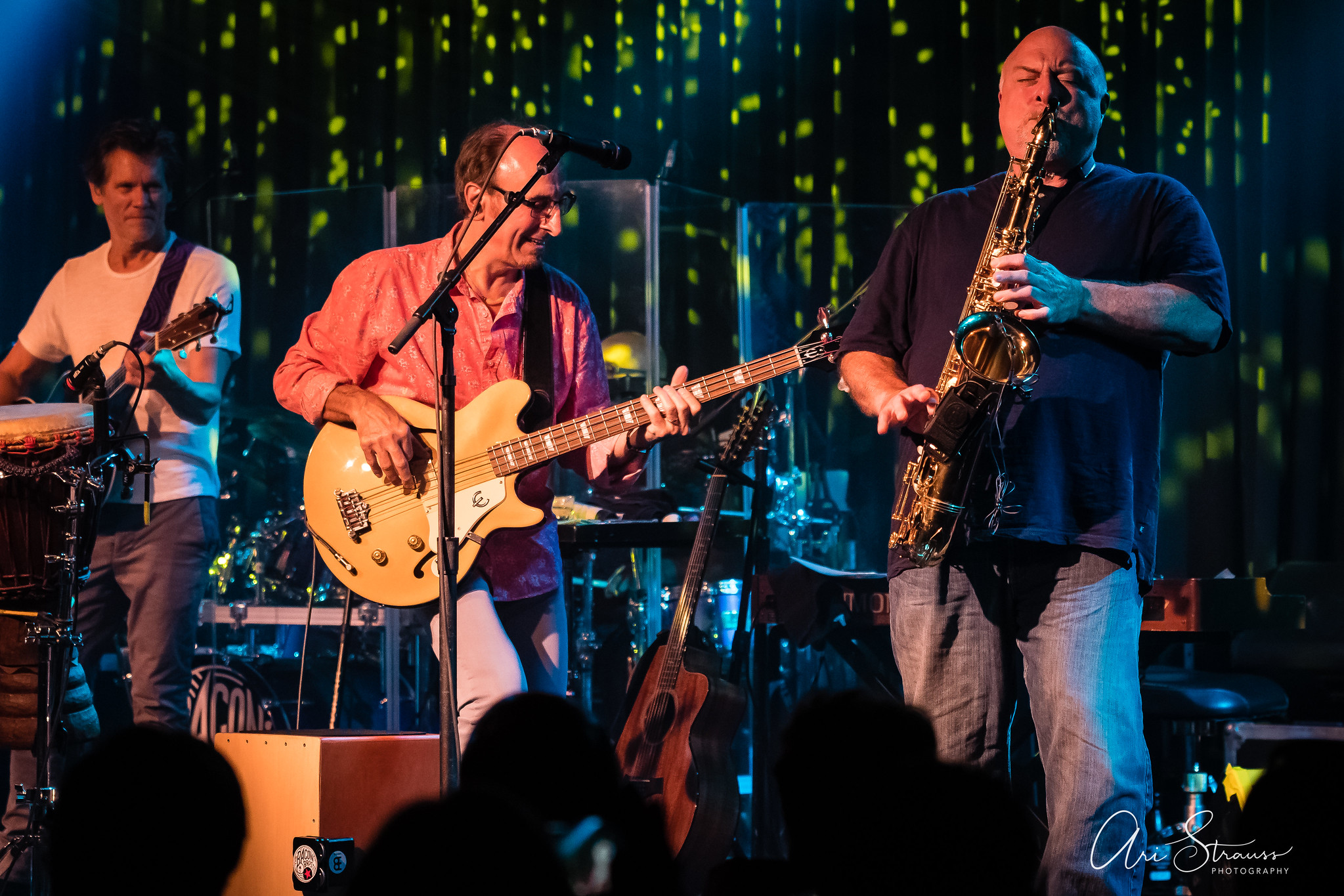 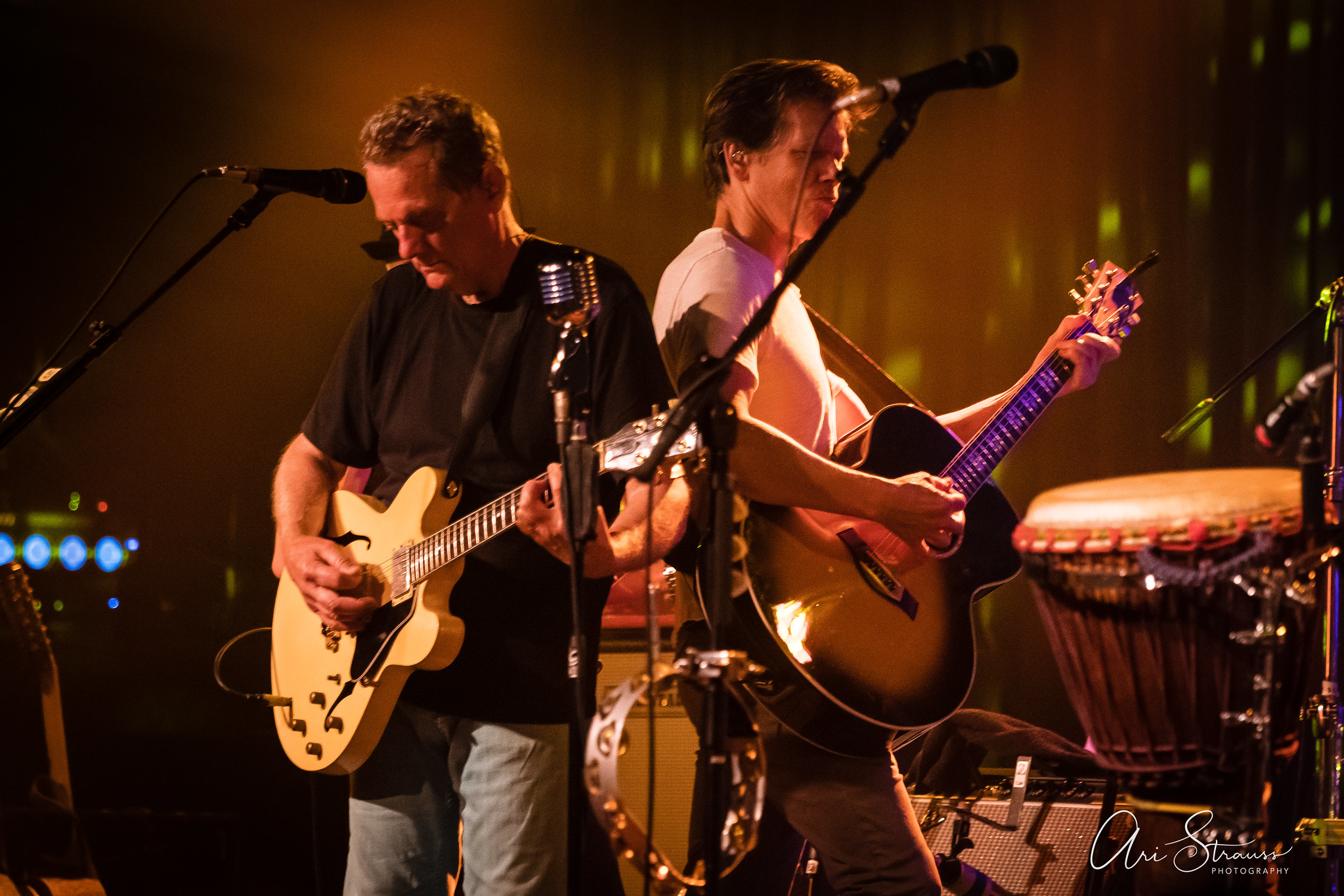 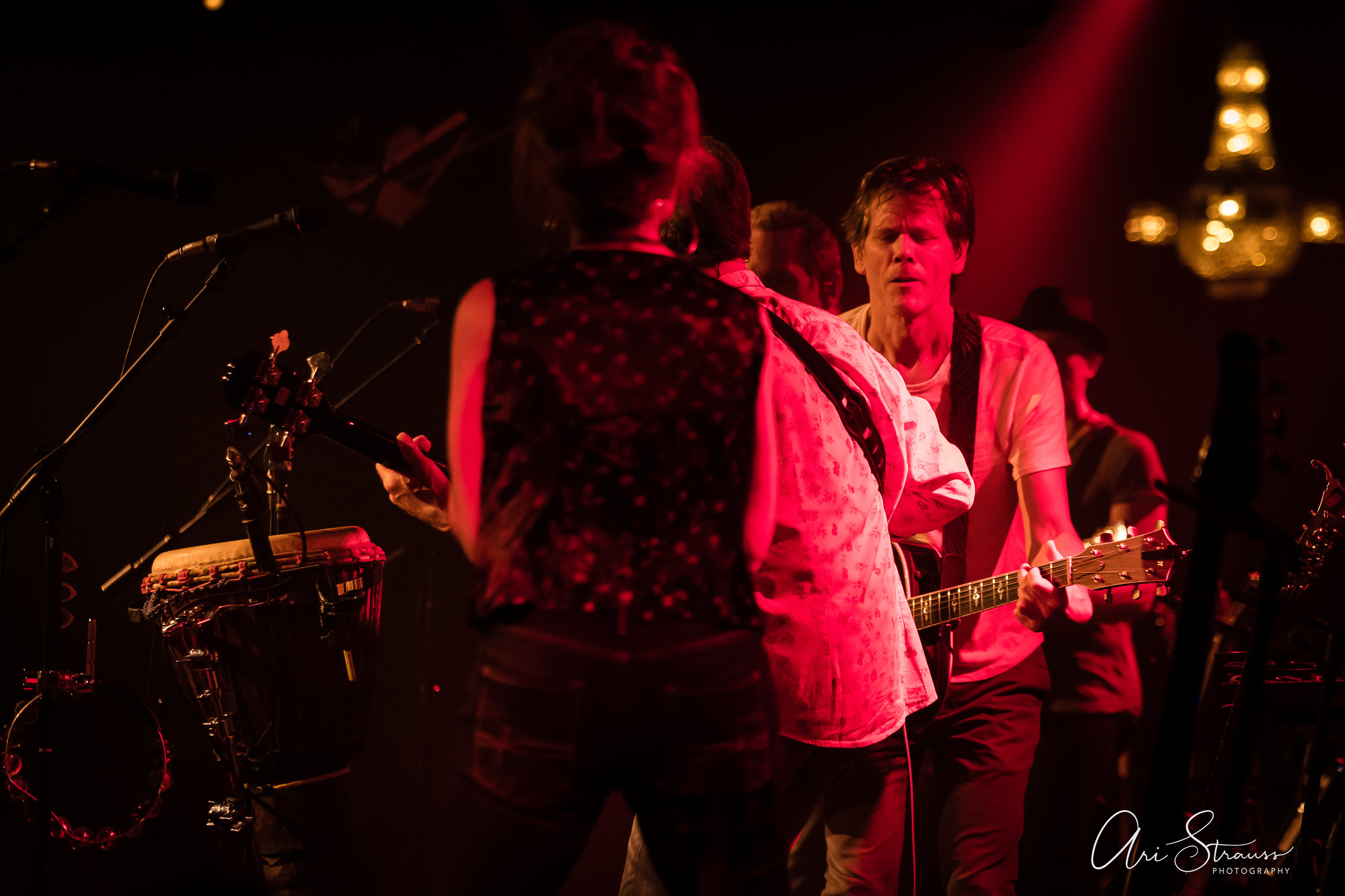 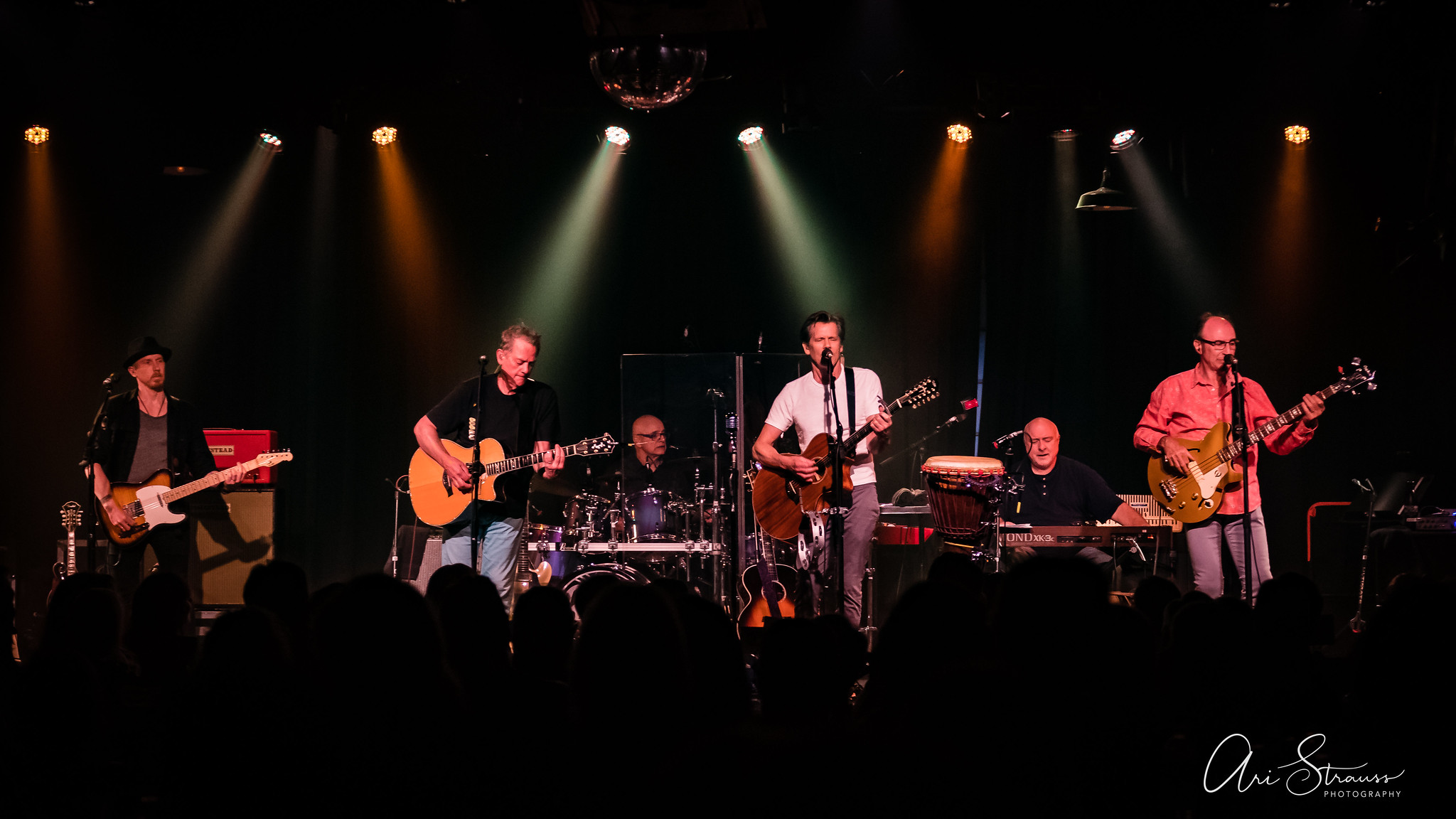