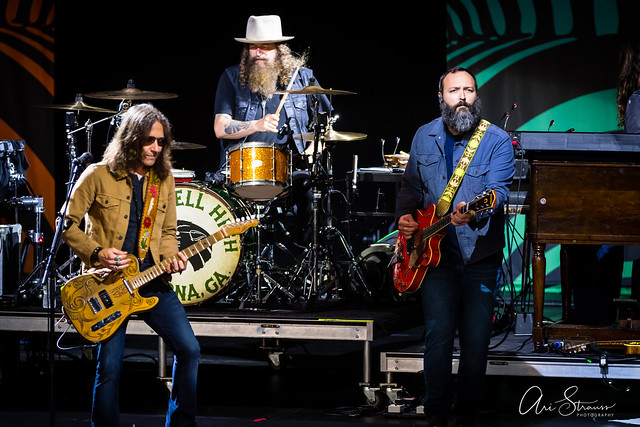 Georgia rockers Blackberry Smoke filled the second slot on the recent Wheels of Soul Tour at Wolf Trap. With the dual guitar attack of Charlie Starr and Paul Jackson (on lead and backing vocals, respectively), these five long-haired throwbacks evoked the halcyon days of Southern rock — and groups like Lynyrd Skynyrd.

As Charlie told the crowd on July 17, BBS has been together nearly 20 years — since 2000. Everyone in the band, except keyboardist Brandon Still, who joined in 2009, has been there since the beginning. In all their years together, however, this was BBS’s first time appearing at Wolf Trap.

BBS kicked things off with several tunes from their latest album, last year’s well-received Find a Light. “Lord Strike Me Dead” takes to task our unwillingness to accept blame as individuals. “Run Away From It All,” as the title suggests, is about wanting to leave things behind and make a getaway. “Best Seat In The House” expresses the desire for the good things in life.

Stream Find a Light by Blackberry Smoke on Spotify:

Pausing briefly to speak to the crowd, Charlie told the audience that some of the band’s favorite music comes from Virginia, naming the Statler Brothers and Jim and Jesse. He said that he didn’t think that they’d approve of the next song, “Medicate My Mind.”

BBS followed that with a cover of Tom Petty and the Heartbreakers “You Got Lucky.” “l’ll Keep Ramblin’” was turned into a medley with the Bobby “Blue” Bland classic “Turn On Your Lovelight.” The song is perhaps more famous for being covered by jam bands, beginning with the Grateful Dead.

After their original song “One Horse Town,” BBS performed a rocked-out, jamming version of “Amazing Grace.” It was gospel music reimagined, heavy, crushing, and full of sludge. Amen, brother.

While “Ain’t Me Left of Me” fell squarely within BBS’s wheelhouse, they combined it with a pleasant surprise, the Bob Marley number, “Three Little Birds.” BBS works mostly within country-influenced Southern rock, but they showed that they can easily jam out with the blues or reggae.

BBS writes terrific songs, but it’s their instrumental proficiency that really sets apart from the crowd. As long as they’ve been together, they have a mind-meld like connection. Whether they’re playing their native style of Southern rock or venturing further afield, their music feels loose and natural. They make switching between their three leads — two guitars and keys — look smooth and easy, which is no small task. This is an impressive, entertaining band, and their live performance is something to be beheld.

Here are some pictures of Blackberry Smoke performing at Wolf Trap on July 17, 2019, to open Tedeschi Trucks on the Wheels of Soul Tour. All photos copyright and courtesy of Ari Strauss. 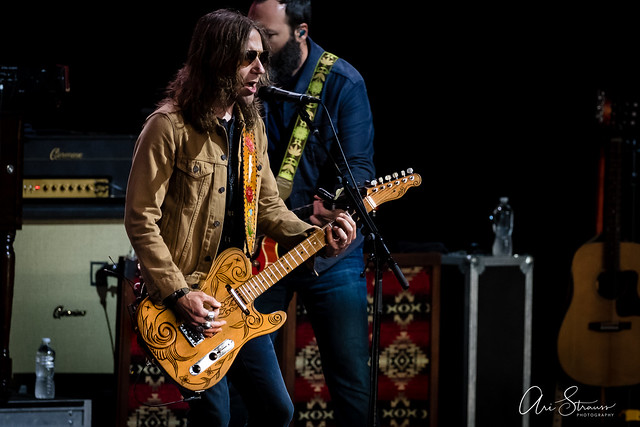 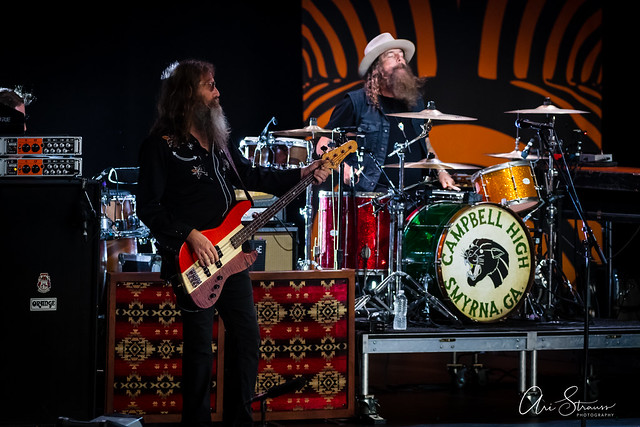 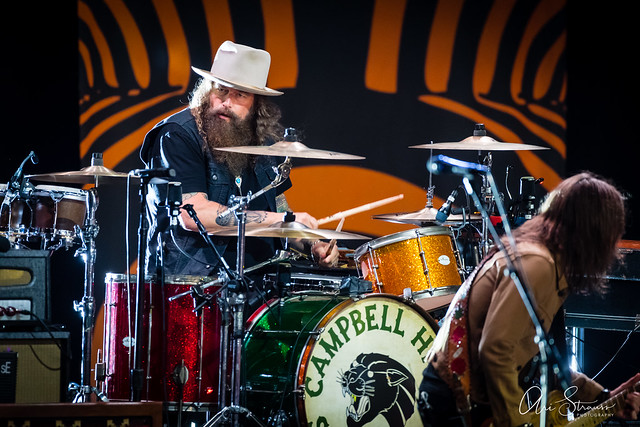 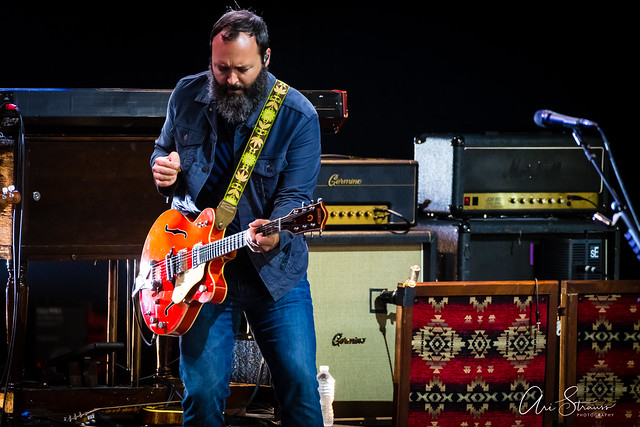 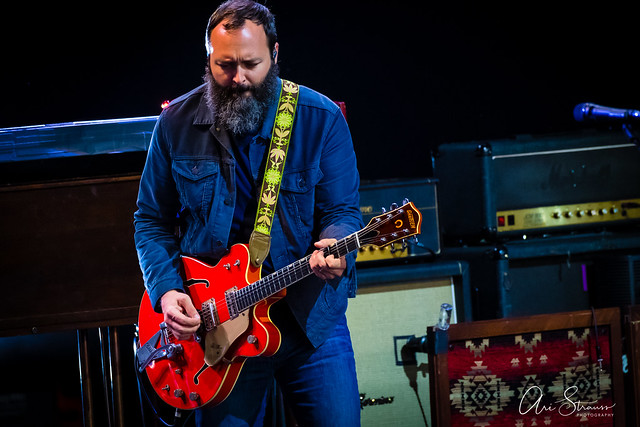 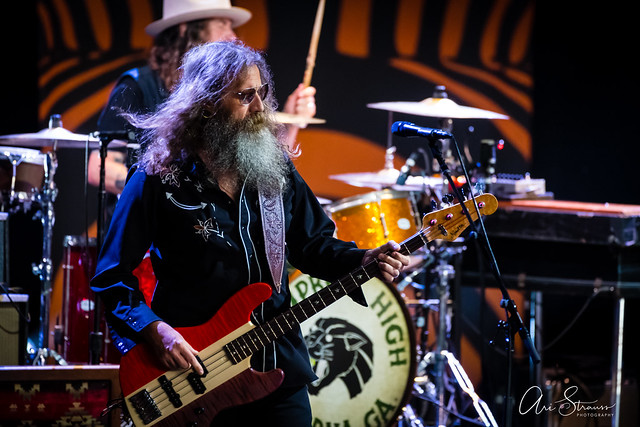 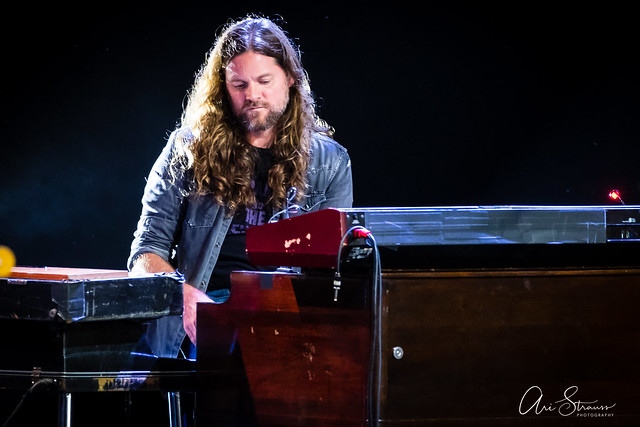 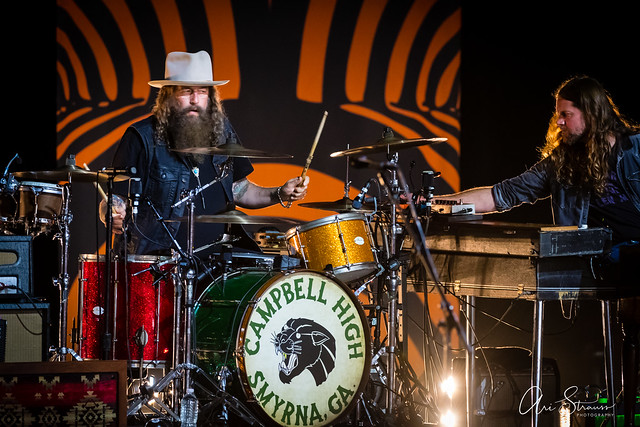 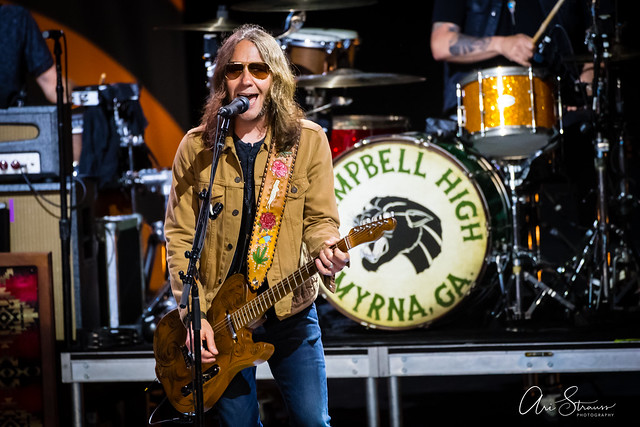 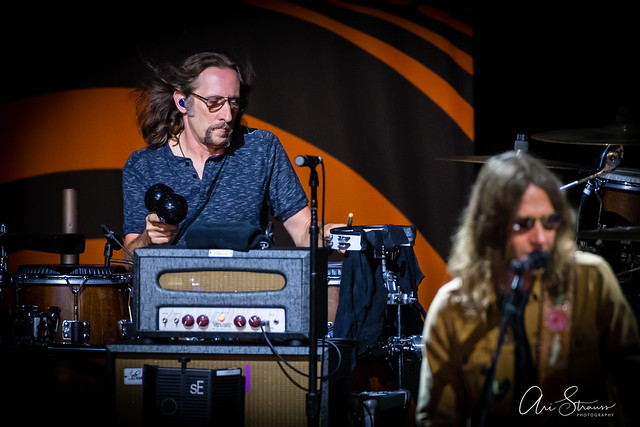 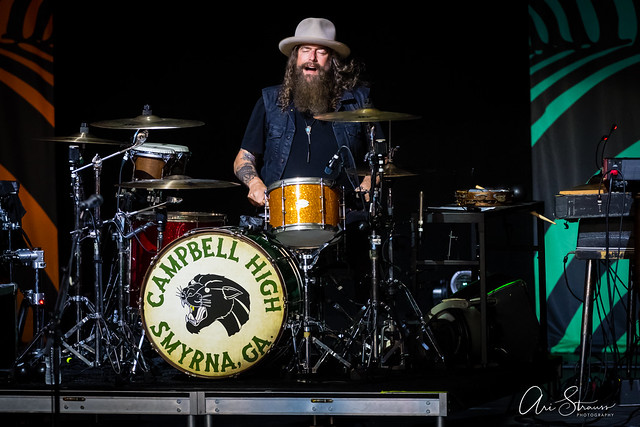 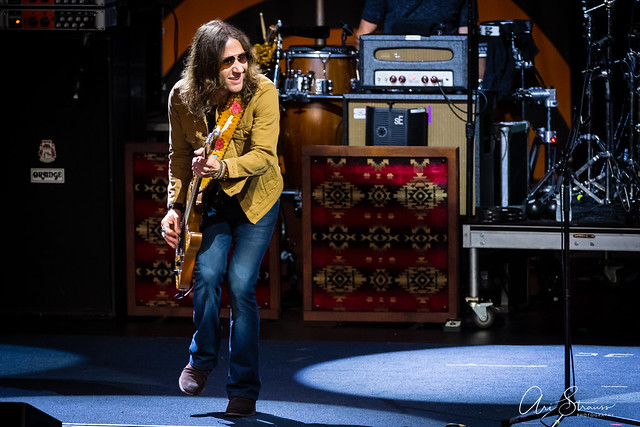 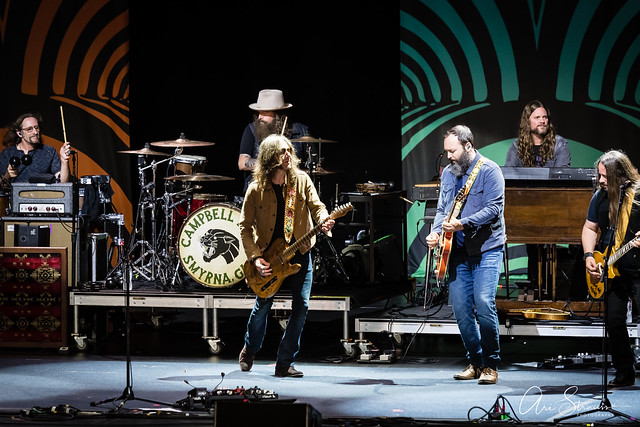 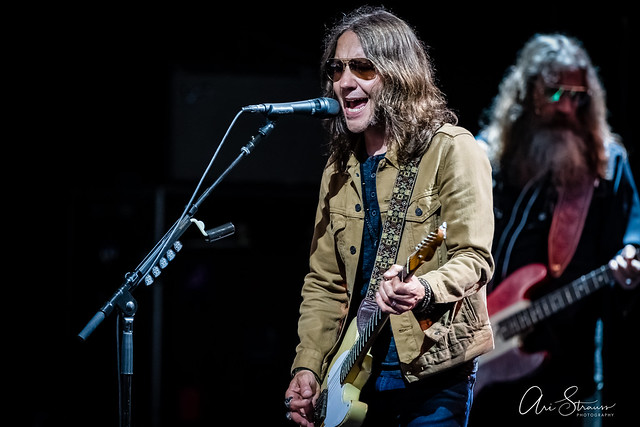 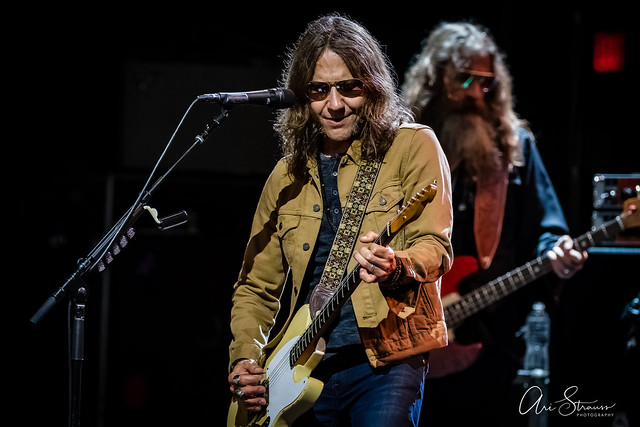 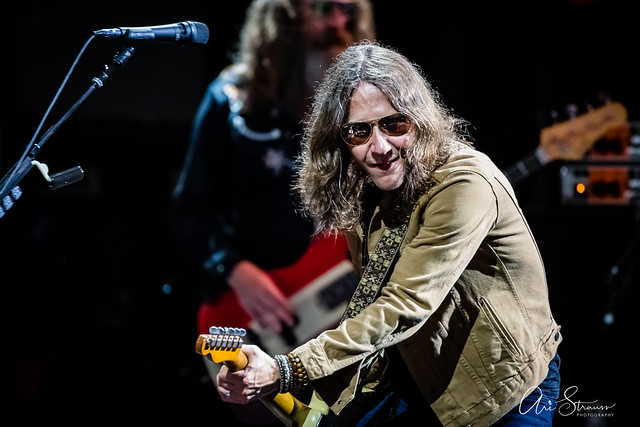 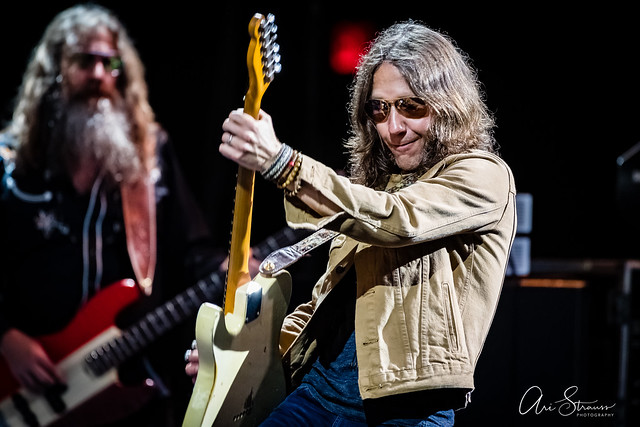 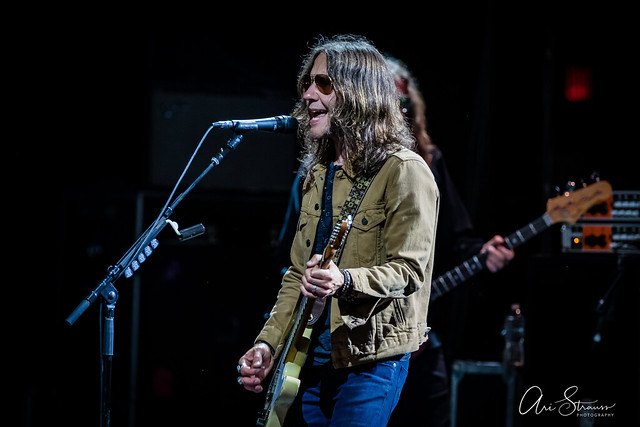 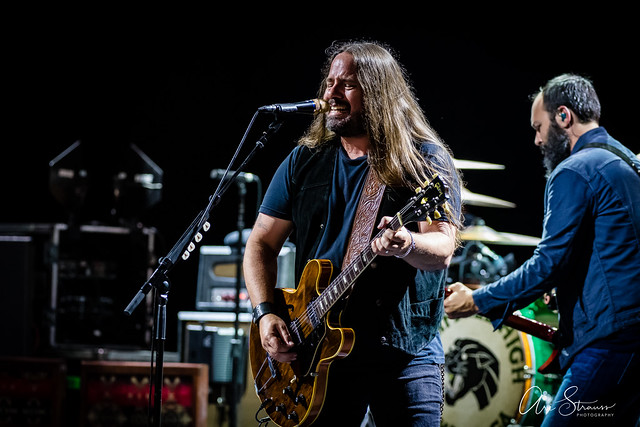