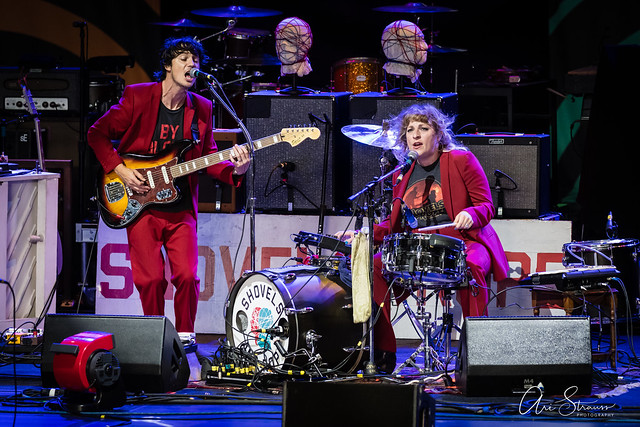 Charleston, South Carolina folk-and-country-rock duo Shovels & Rope opened the annual Wheels of Soul tour recently. Married couple Carrie Ann Hearst and Michael Trent were the first of three heads of the beast that invades Wolf Trap every July. Curated by Susan Tedeschi and Derek Trucks (of the Tedeschi Trucks Band, who headline), the concert put a spotlight on the best of instrumental excellence and progressive, forward-thinking songwriting in Southern rock. It was a night of righteous jams and long-haired country boys.

On July 17, Shovels & Rope stayed away from making any political sermons and let their messages come across in their music. They blew things open with the hard-charging “I’m Comin’ Out,” the lead track from their recently-released, critically acclaimed album, By Blood. Against Michael’s crushing electric guitar, Carrie sang the lyrics to “Hammer,” invoking the blues of the working man’s burden. “C’mon Utah,” a few songs later in the set, also had a political theme. The song, which featured Carrie on the harmonica, tied into the pairs’ children book, about a magic horse that reunites families separated at the border.

Stream By Blood by Shovels & Rope on Spotify:

Carrie took a beat to address the audience, and she described the Wheels of Soul Tour as the “best summer party.” And she told the audience they’d hear “great rock ’n’ roll” — and then she delivered! Carrie moved from her drum kit to the organ for the next tune “The Devil Is All Around.” Carrie said, “He’s usually sneaking around sneaking somewhere.”

After “C’Mon Utah,” Carrie took up the guitar, and Michael sat down to play the drums on a “real life folktale” called “Birmingham.” They followed with “Forsaken Blues,” then sent a special thanks out to Blackberry Smoke. Shovels & Ropes’ bus had broken down earlier that day, and BBS had taken several of their crew members on board their bus.

On the next number, “Carry Me Home,” another new song, Michael played the piano, and Carrie returned to her drum kit. Michael picked up his acoustic guitar, and Carrie spoke to the crowd, which had filled in significantly since the beginning of their set. “You look like a bunch of angels,” she said. “You could be the biggest pricks in the world, and we wouldn’t know the difference.”

After “Mississippi Nuthin’,” Michael went back to electric. Another tune followed before the last of set, the rousing “Hail Hail,” which wrapped up a energizing start to Wheels of Soul around the 45-minute mark.

Here are some photos of Shovel & Rope performing at Wolf Trap on July 17, 2019. All pictures copyright and courtesy of Ari Strauss. 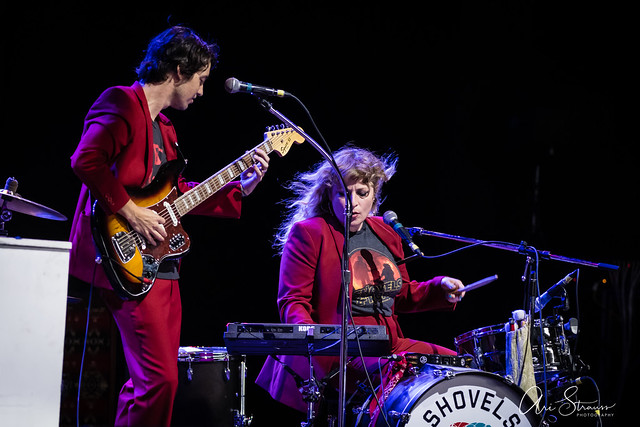 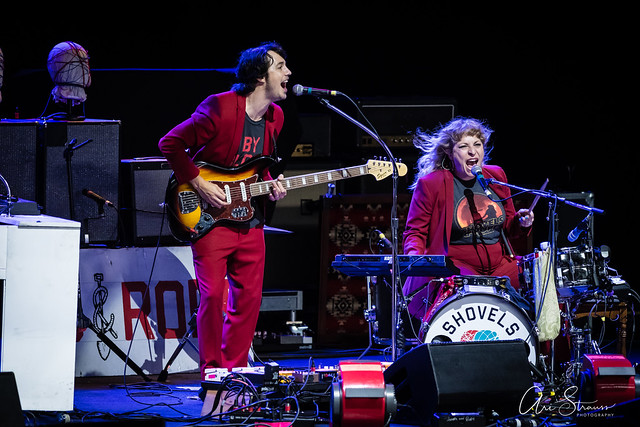 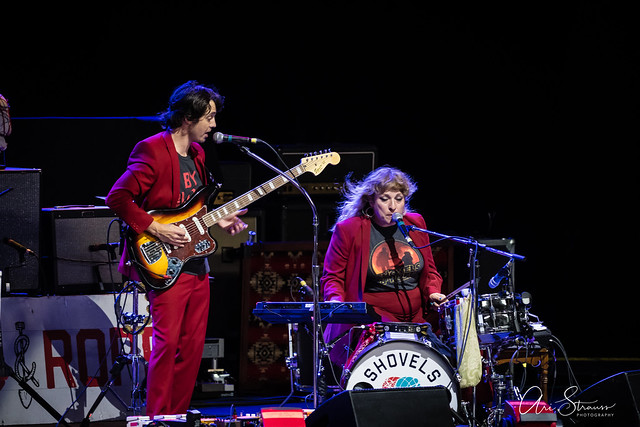 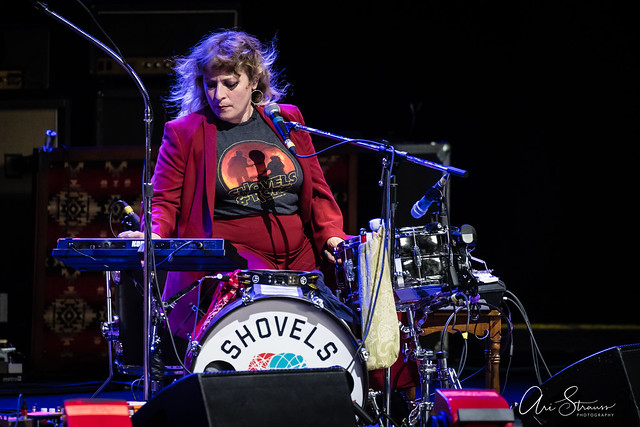 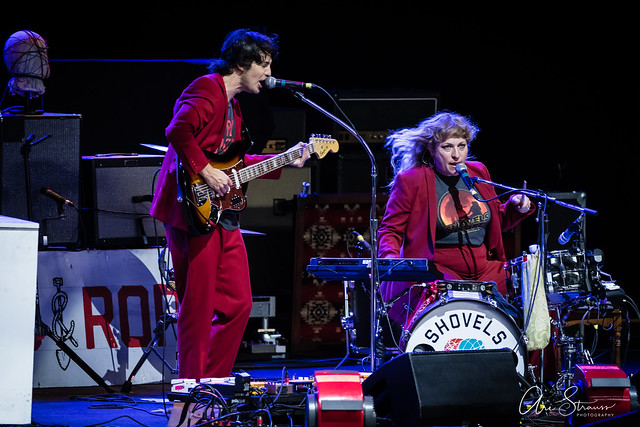 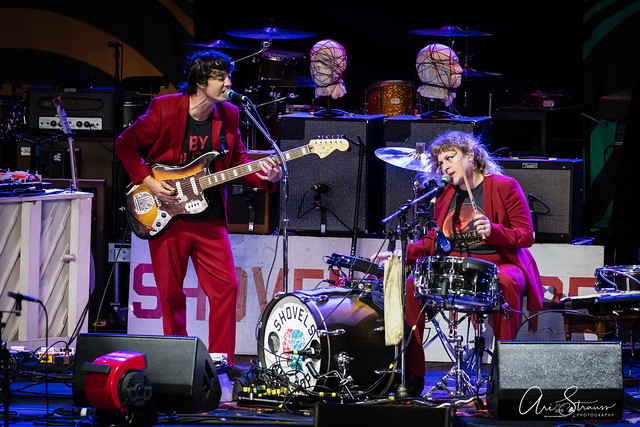 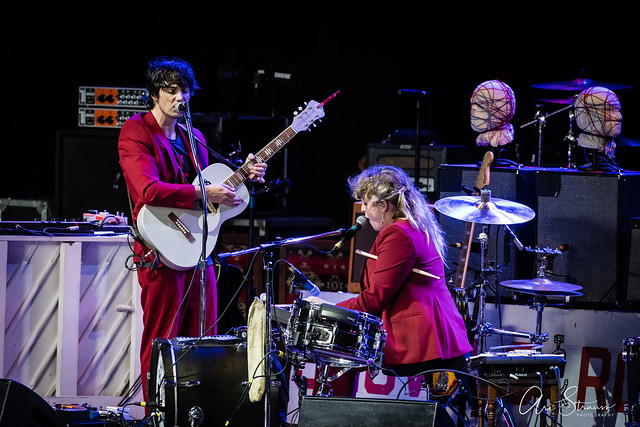 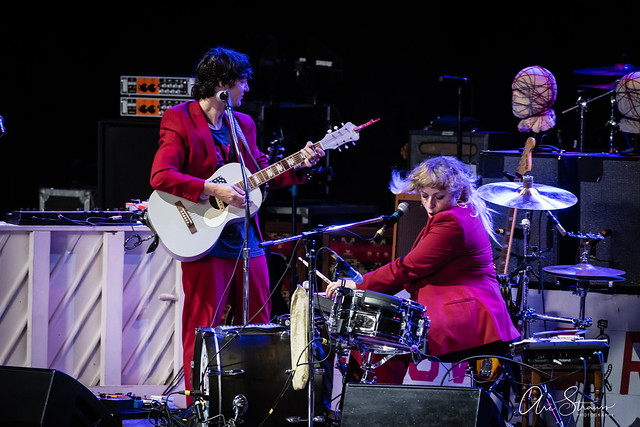 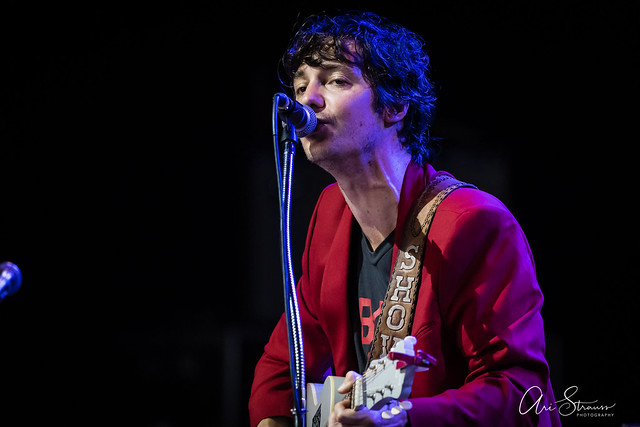 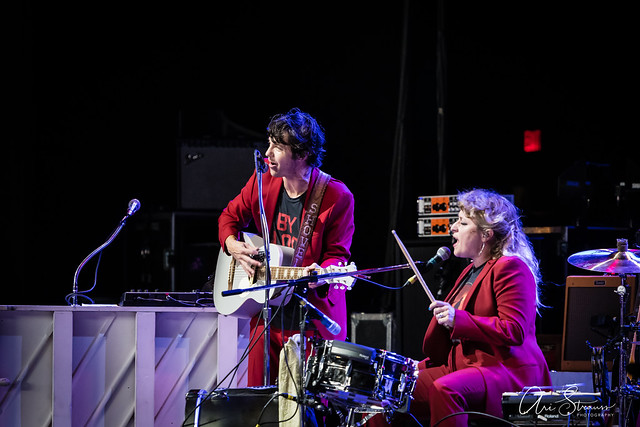 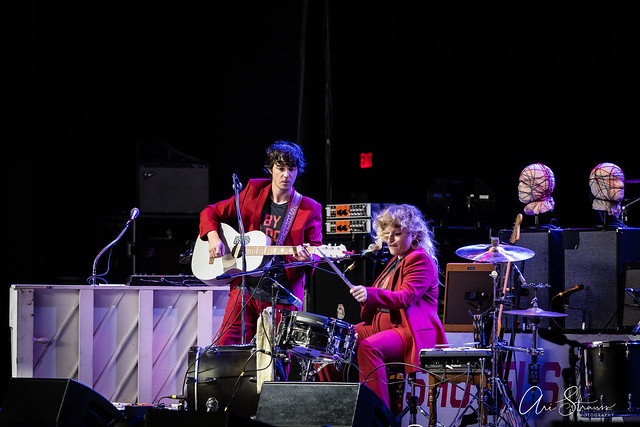