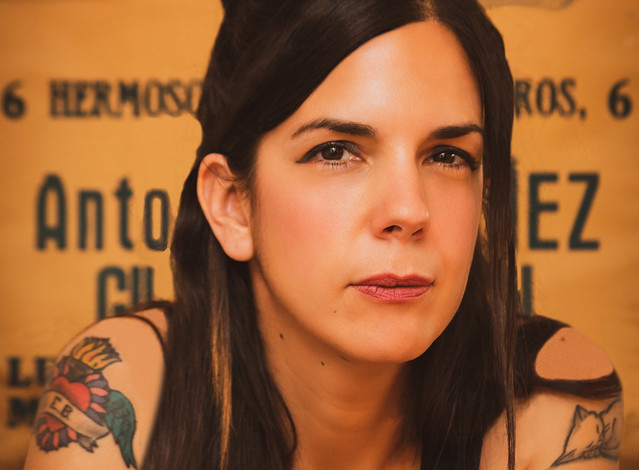 Last year, Sarah Borges released Love’s Middle Name, her latest album, via Blue Corn Music. She’s been touring incessantly since then, and Sarah Borges & The Broken Singles come around DC again for a show at Jammin’ Java on Sunday, Aug. 4.

Critics say Sarah blurs the lines between country and punk. But after releasing seven albums, she just wants to play.

“I don’t know what to call it most days,” Sarah said. “Lately, I just call it ‘rock ’n’ roll.’ Can we just call it that for crying out loud?”

She added, “It won’t sound very punk of me to say this, but I feel joy now in a way I’ve never felt before about doing what I do. It’s been a long journey, but I’m lucky as hell to be in the driver’s seat for this life I’ve been given of playing, writing, motherhood, and sobriety.”

Watch the official music video for “House on a Hill” by Sarah Borges & The Broken Singles on YouTube:

“Sarah Borges’ songs remind us that simplicity and clarity can be more impactful than clever metaphors and the complicated machinery that accompanies most pop singles today. The songs that comprise her latest LP, Love’s Middle Name (which finds her reunited with the band the Broken Singles), are a scorching batch of compositions that demand to be played loud, then louder as their hooks sink in, and the listener is given no choice but to sing along at the top of their lungs,” said Jedd Beaudoin in a review for PopMatters.