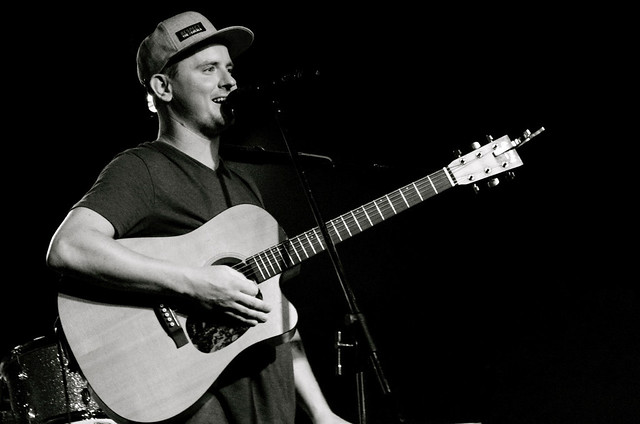 Baltimore’s reputation has taken a hit over the past year or so due to a recent spike in violence and crime in the city. Friday night, I got to witness first-hand how music can bring people together and help us to be bigger than our problems at Baltimore Soundstage thanks to Maryland’s own Pasadena.

The Maryland-based group played a much-anticipated reunion show at a sold-out Baltimore Soundstage. I have never seen Baltimore Soundstage so full! There was even a temporary third bar set up in addition to the usual two in order to accommodate the fans as they packed the venue, awaiting what will go down as a legendary performance in the Maryland music scene.

I was so ready and excited I wasn’t really paying too close attention to the exact time that Pasadena took the stage. The band proceeded to play basically nonstop until the wee hours of the morning! The Baltimore audience loved every minute of it, singing along until the very end, which included an encore that the band had admittedly not prepared for or rehearsed.

Lead by lead singer and guitarist Joey Harkum, the Maryland native reminded us of why the venue was filled to the brim. Pasadena’s songs are just as relevant and relatable as they were when they were written over the past 25 years. Fittingly, the second song of the night was “Welcome Home,” one of my (and seemingly everyone else’s) favorite songs. The songs speaks of welcoming a close friend back after some time away. Joey really captures the feeling of having someone back in your life and the happiness it brings regardless of why they were not around. The song also has some of my favorite lyrics from the band, lyrics that I think really encompass what this and many of Pasadena’s songs are about: “And if you pray for the living but you drink for the dead, it’s sad to know that I was raising my glass instead.”

What really draws me to Pasadena’s music is that their songs touch on topics that affect all of us on a daily basis. They sing about poverty, struggle, drugs and addiction, hard work, death, and faith, among other things. They have a way of covering these topics in a way that is real and raw but that also leaves you feeling positive. This is thanks in large part to Joey’s voice, which is reminiscent of Bradley Nowell, the late lead singer of Sublime. A perfect example of this is the song “Sick and Tired,” a somber acoustic song in which the chorus goes: “Sick and tired of being sick and tired. Feels like everyday I’m just feeding the fire.” This is a theme that I think we all can relate to whether on a large or small scale.

Joey is clearly the heart and soul of the band and while Pasadena is no longer together, he is still writing and playing music. He made sure to let the audience know this during the performance, which offered some consolation to the fans (like me) who wish they could still see Pasadena perform.

Before the show I noticed Joey right behind me talking to some audience members. Before I even realized it was him, he was a few feet away talking to some other people and taking a picture. Throughout the show, Joey thanked specific people, including his parents and some others who had come across the country to see the reunion concert. Joey mentioned more than once that Pasadena was always meant to play smaller, more personal settings and at one point said that it felt that way on Friday night despite the large crowd. He also stated that it felt like he knew everyone in the audience, a testament to the homegrown fanbase the band has developed over the years.

I’m not sure when, if ever, we will get to see Pasadena again. I can remember seeing them as an opening act when I was in high school. I don’t think I fully appreciated their music at that time, but I do now. I am grateful that I got to see Pasadena once more in the heart of Baltimore. I am grateful that for that night, a room full of people could come together and sing, drink, cheer, and enjoy one of Maryland’s finest. Here’s to hoping these guys will do it again some time. If not, I will never forget the performance they gave us on Friday. Thank you, Pasadena.

Enjoy some of my favorite tunes by Pasadena on YouTube — and hope for their return sometime soon!