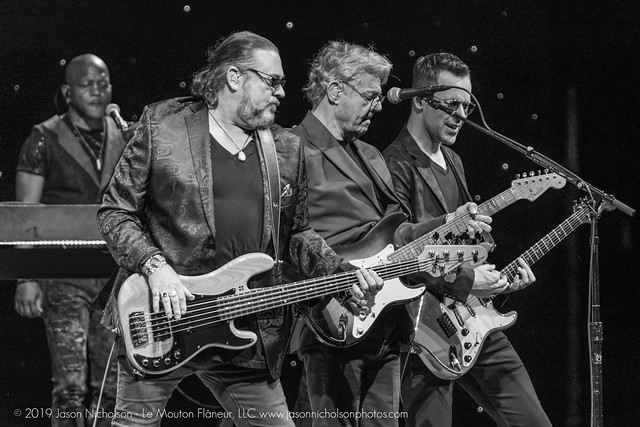 The Steve Miller Band teamed up with Marty Stuart and His Fabulous Superlatives to deliver on a night of classic American music at Wolf Trap recently, with Steve and company providing plenty of rock and Marty and friends delivering the country. Jason Nicholson was there to photograph it all!

In the middle of the set, Steve’s and Marty’s bands joined forces for “Lovin’ Cup” from The Joker, the band’s hit album from 1973, “Going to the Country” from Number 5, dating way back to 1970, and “Dance Dance Dance” from Fly Like an Eagle.

Stream Fly Like an Eagle by the Steve Miller Band on Spotify:

In the encore, Steve played “Swingtown” from Book of Dreams, his band’s 1977 10th album, and the title track to The Joker, perhaps the most anticipated song of the evening. The Steve Miller band surprised with the addition of “I Want to Make the World Turn Around” from Living in the 20th Century, the band’s 14th record dating from 1986, in response to an audience request, and the band closed on “Jet Airliner” from Book of Dreams.

Marty Stuart and His Fabulous Superlatives responded in kind, presenting 15 songs, according to Setlist.fm. The band performed three songs from Way Out West, the 2017 record released on Marty’s Superlatone label, including “Mojave,” “Old Mexico,” and “Time Don’t Wait.”

Stream Way Out West by Marty Stuart and His Fabulous Superlatives on Spotify:

Marty and his band also played “Angels Rock Me to Sleep” from Saturday Night/ Sunday Morning, the band’s 2014 album, and “Tear the Woodpile Down” from Nashville, Volume 1: Tear the Woodpile Down. But Marty and the Superlatives favored covers, and played “Pretty Boy Floyd” by Woody Guthrie and “Six White Horses” by Johnny Cash. Marty, of course, played in Johnny Cash’s band cica 1980-1985.

The Steve Miller Band and Marty Stuart and His Fabulous Superlatives remain on tour in a double bill through Oct. 5 in Las Vegas. Treat yourself to this double dose of American awesomeness as these two icons party down in your town.

Find all tourdates on the Steve Miller Band’s website.

Here are some photos of the Steve Miller Band performing at Wolf Trap on July 31, 2019. All photos copyright and courtesy of Jason Nicholson. 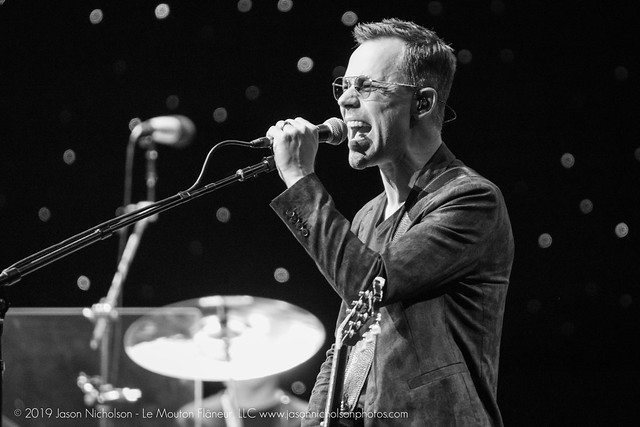 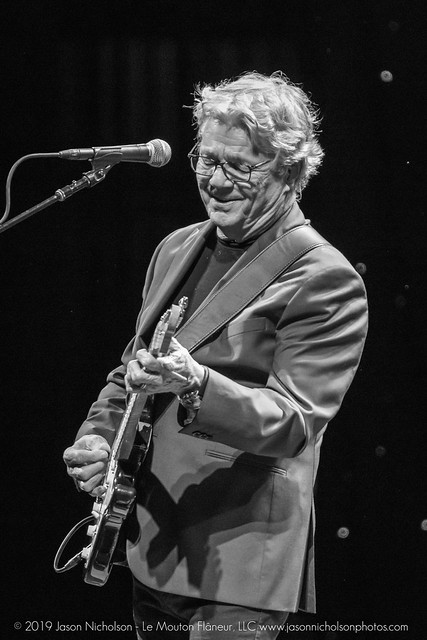 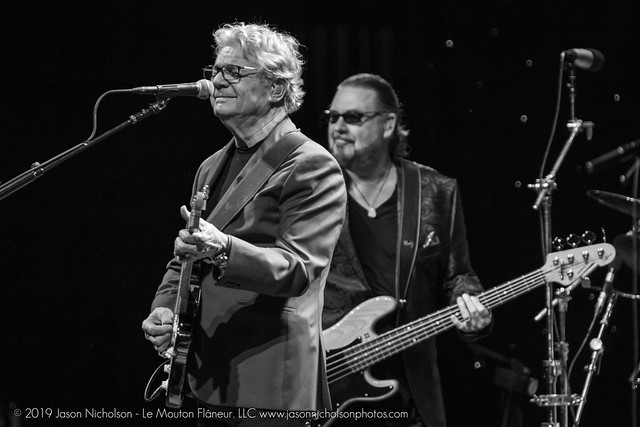 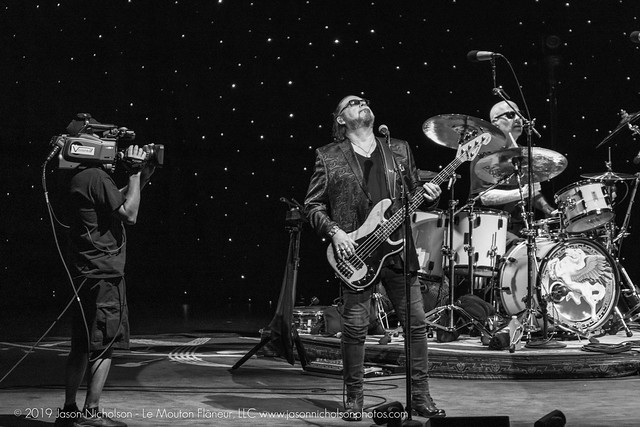 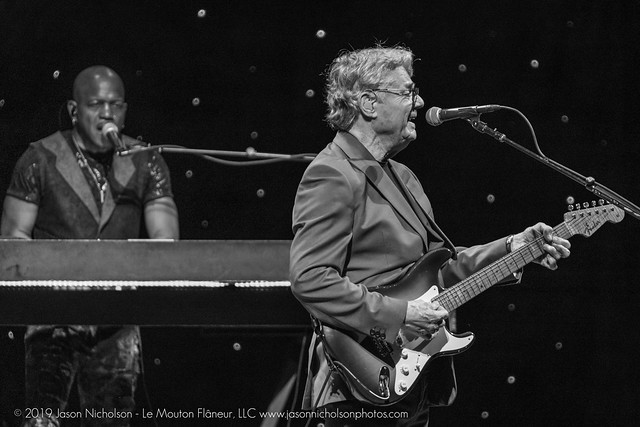 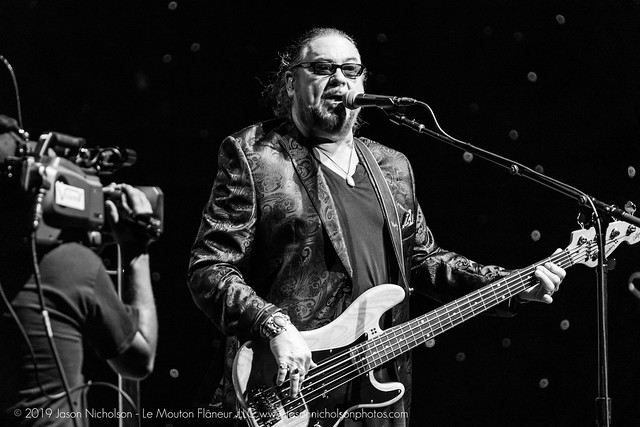 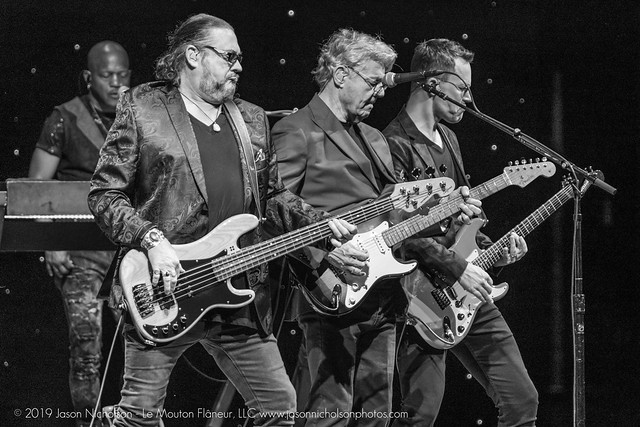 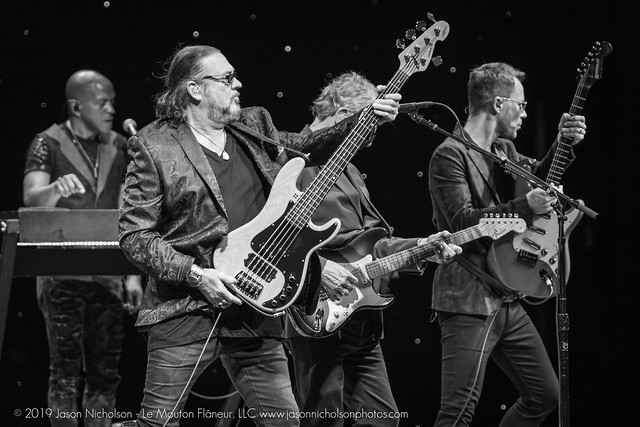 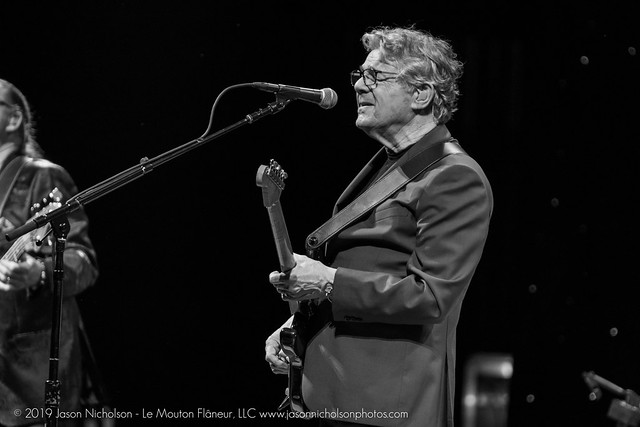 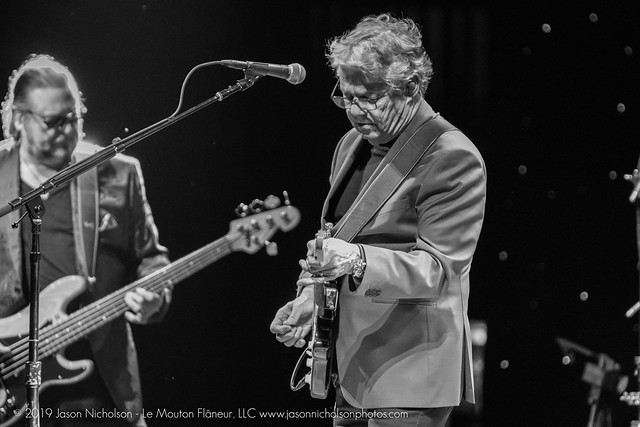 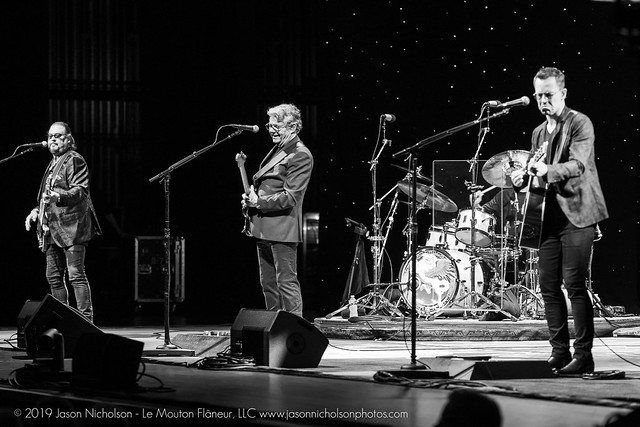 Here are some photos of the Marty Stuart and His Fabulous Superlatives performing at Wolf Trap on July 31, 2019. All photos copyright and courtesy of Jason Nicholson. 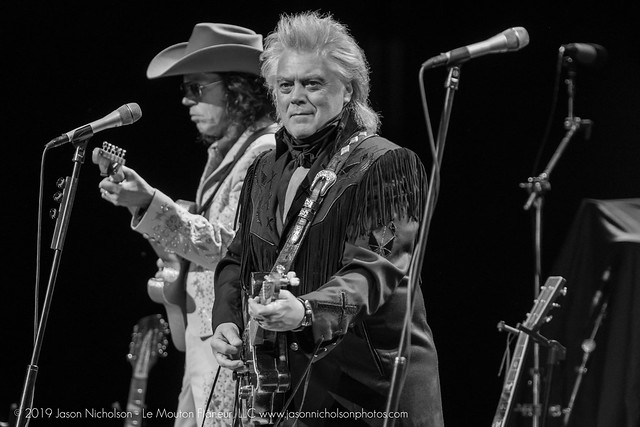 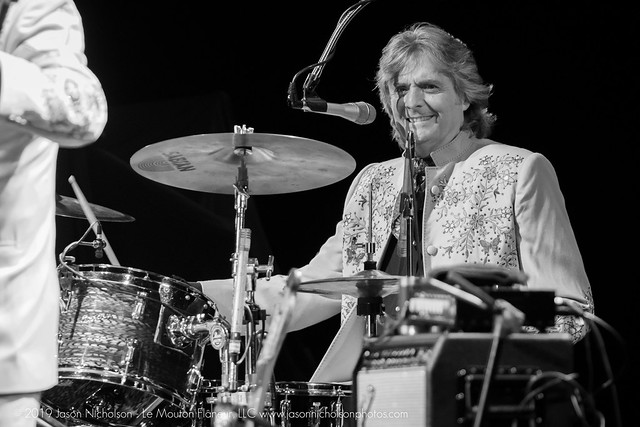 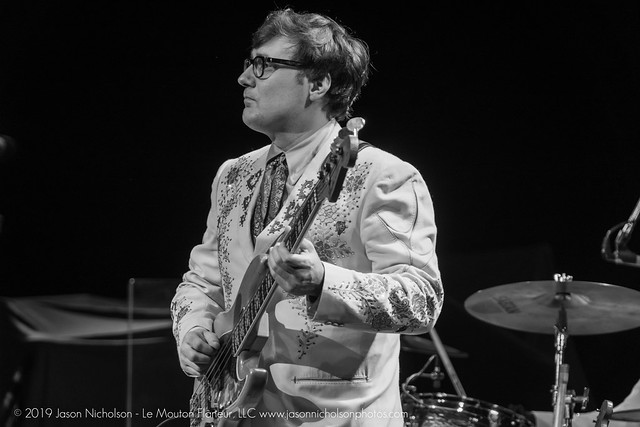 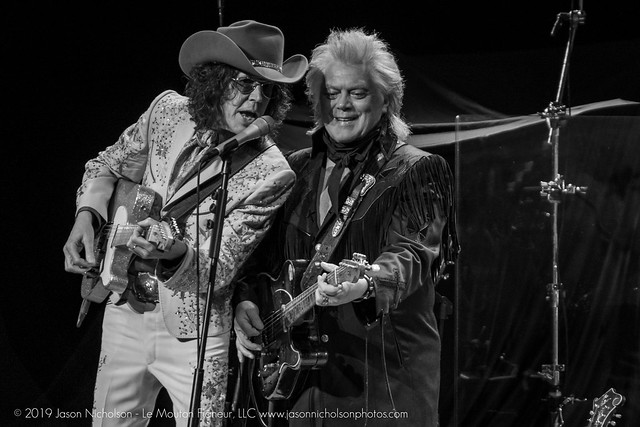 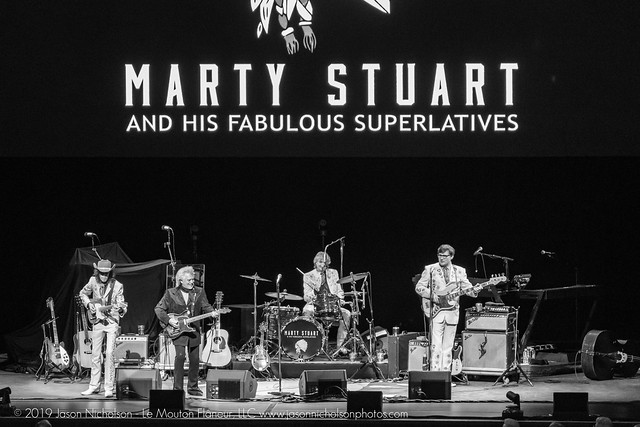 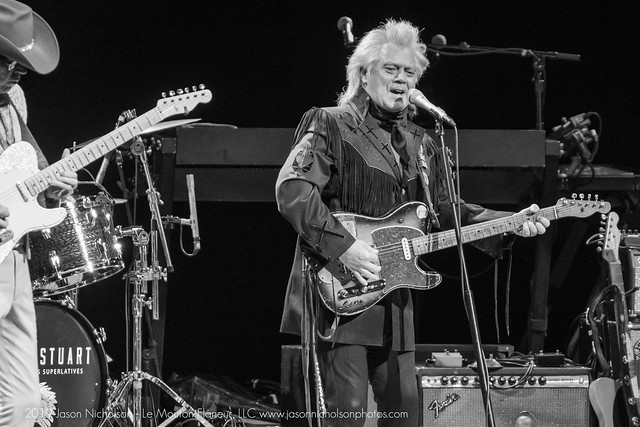 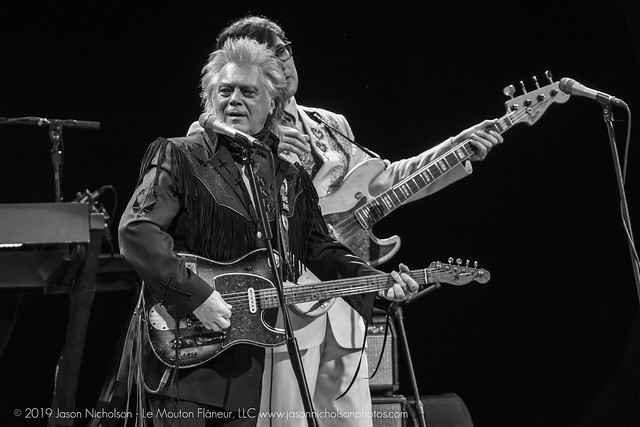 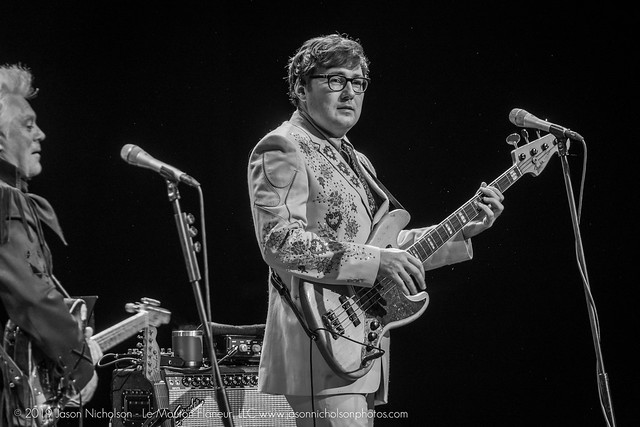 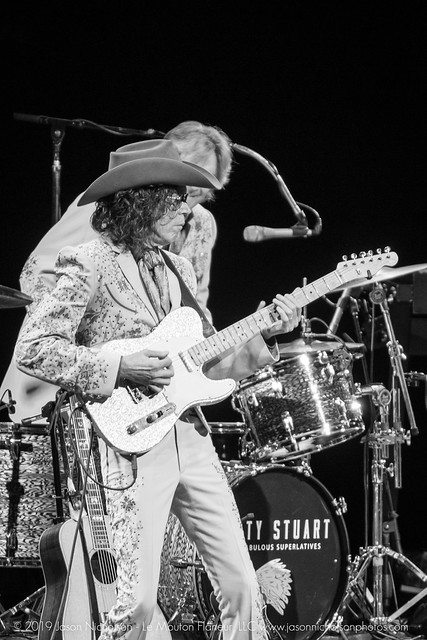 And here are a few photos of Canadian blues guitarist Matt Andersen, who opened the show, for good measure — taken by Jason on the same day! 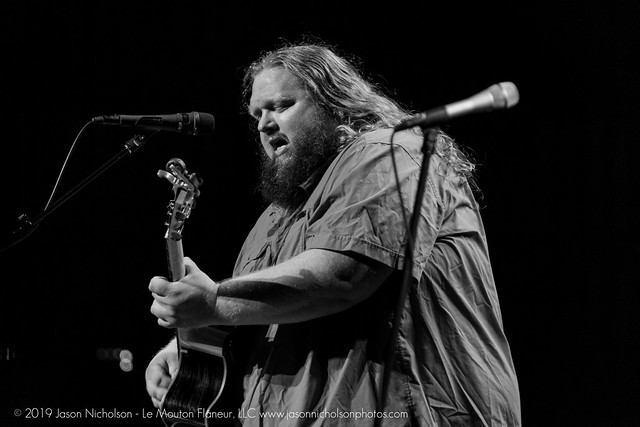 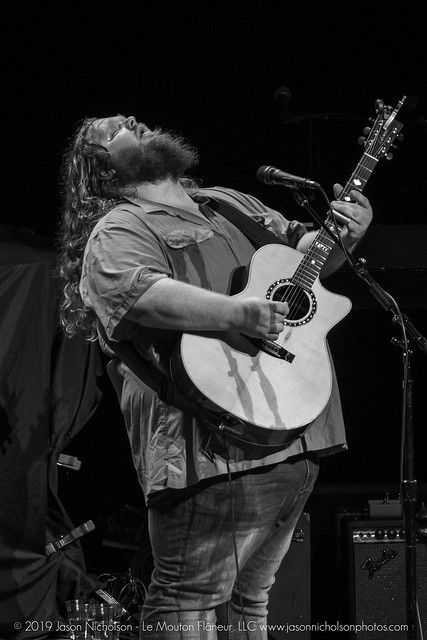 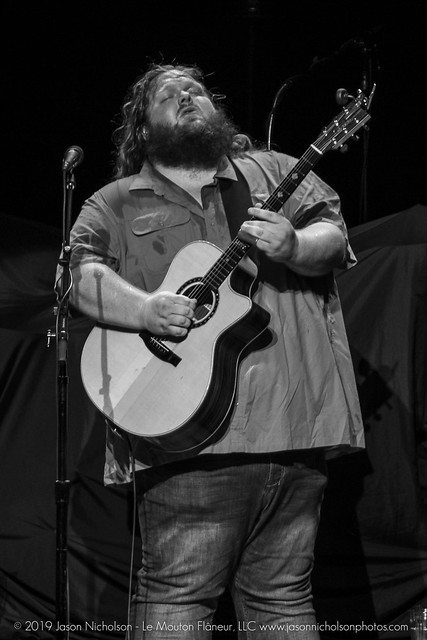