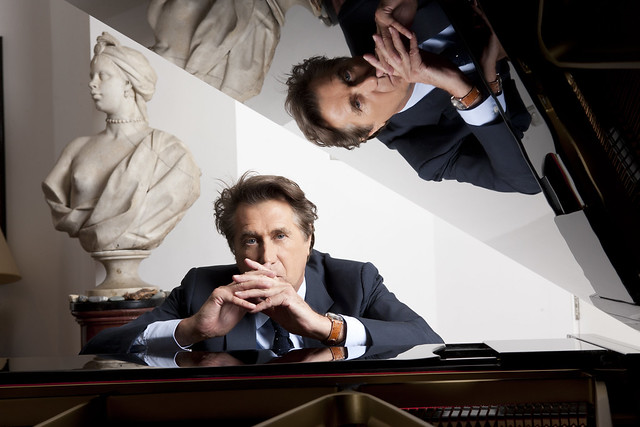 Avalon, of course, yielded hits like “More Than This,” “Take a Chance with Me,” and the title track. Bryan (may we call him Bryan?) performs many of the songs from Avalon, as well as selections from his solo catalog and other songs by Roxy Music, in his appearance at The Anthem.

Bryan last toured North America in 2016-17, including two nights at the Lincoln Theatre, in support of his solo album, Avonmore.

In a preview for Chicago Reader, Steve Krakow says, “Its slick synths and chill tempos help make [Avalon] a piece of glossy continental-pop perfection, and the hit ‘More Than This’ reinforced Roxy Music’s standing (and by extension Ferry’s) as international adult-contemporary sensations. At recent shows Ferry has also played older, edgier Roxy Music tunes, among them ‘In Every Dream Home a Heartache’ and ‘Virginia Plain,’ plus highlights from his solo catalog such as ‘Slave to Love’ and ‘Can’t Let Go.'”