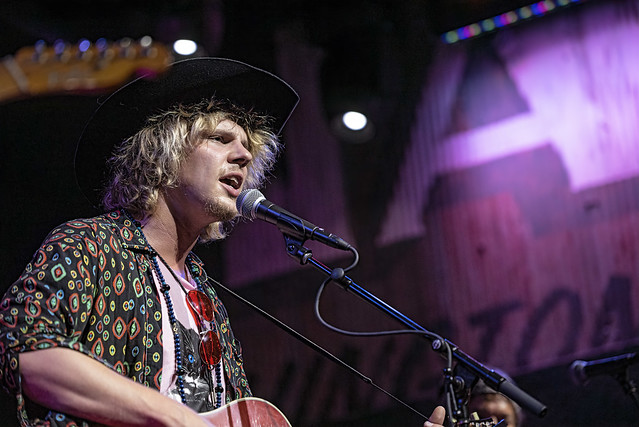 Dylan-influenced glam rocker (and Evan Peters lookalike) Kyle Craft opened his show at the Pearl Street Warehouse recently by getting political. He came out solo and played Particle Kid’s “Gunshow Loophole Blues,” a searing commentary on the mass shootings in Texas and Ohio over the weekend. (Particle Kid is the stage name of Kyle’s friend Micah Nelson, the 27-year-old son of the legendary Willie Nelson.)

Kyle’s band, Showboat Honey, joined him after that, and they got down to business tearing the house down with one rocker after another. On Aug. 4, they played several songs from Showboat Honey, his most recent album (yes, it shares a name with the band), including “O! Lucky Hand,” “Sunday Driver,” “Blood in the Water,” “Buzzkill Caterwaul,” and “Johnny (Free & Easy).” Kyle grew up in Shreveport, Louisiana — he lives in Portland — and he sets “Sunday Driver” in nearby New Orleans. “Johnny (Free & Easy)” takes place in Hollywood, amidst drugs and debauchery. A caterwaul is a shrill or howling noise, and it’s from “Buzzkill Caterwaul” that Kyle takes the name of his new album and his band. “Oh, once you were the showboat honey, but your ship sailed out,” he sang.

Before taking a mid-show break for some solo acoustic songs, Kyle played a couple of older songs. “Eye of a Hurricane,” from 2016’s Dolls of Highland, compared a woman to the natural phenomenon. “Exile Rag,” from last year’s Full Circle Nightmare, told the story of Shotgun Annie from California to New York City.

Kyle continued to feature the new album when his band returned to the stage. They began with “Deathwish Blue,” which told the tale of a man worn out “on the graveyard shift, Loving you,” incorporating Southern Gothic flavor with lines like “Like a coffin holds the dead.” Sung in the first person, “2 Ugly 4 NY” was the anthem of a loser. “She’s Lily Riptide” painted a picture of a high-society girl that sees herself as above the narrator before cutting her down to size.

“Broken Mirror Pose,” with its demands for truth and reckoning, was fitting in the penultimate slot, before Kyle and Showboat Honey finished with their only all-band cover, Graham Nash’s “Better Days.” They’d worked it out to play it at the recent Newport Folk Festival. For their encore, Kyle and Showboat Honey played “Heartbreak Junky,” a lovesick ballad set in Carolina.

A closing note: Lest you think I joke about Kyle’s resemblance to Evan Peters, look up the actor, who starred in American Horror Story and played Quicksilver in the three most recent X-Men films.

Kyle shared how he was mistaken more than once for Evan while he was living in Shreveport and had a fan approach him for an autograph while he was on a date. The fan asked if he was going to appear on the next season of AHS. Kyle simply told him “No.” Kyle even sent a picture of Evan with a dog to his mother, telling her he’d gotten a new dog, and she believed him.

Well, you’ll be a fan of Kyle Craft if you catch him live. Here are some pictures of Kyle Craft and Showboat Honey performing at Pearl Street Warehouse on Aug. 4, 2019. All photos copyright and courtesy of David LaMason. 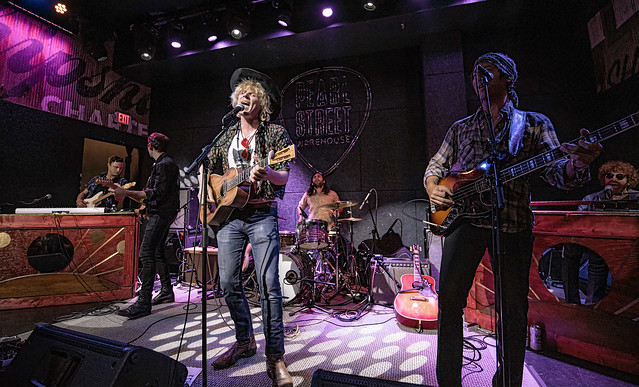 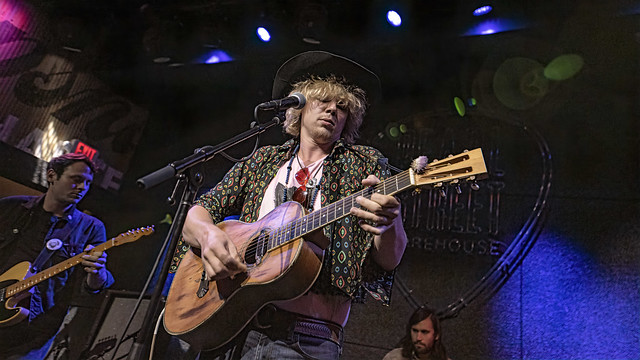 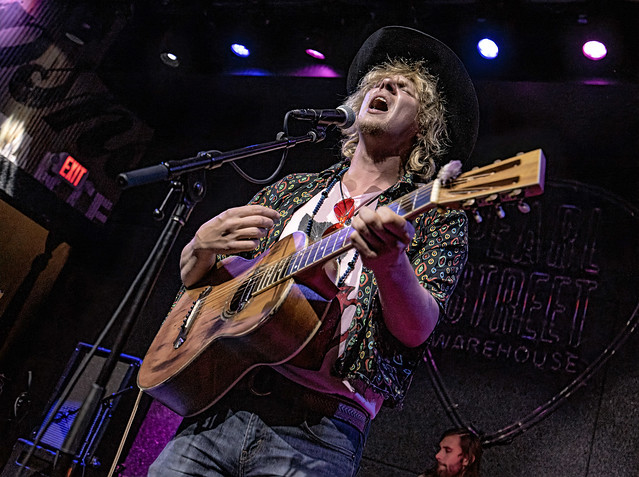 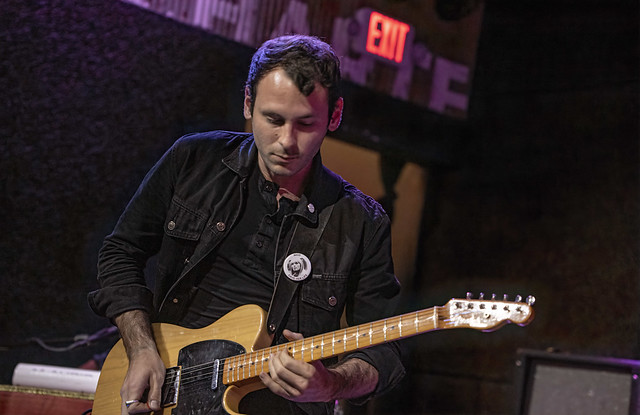 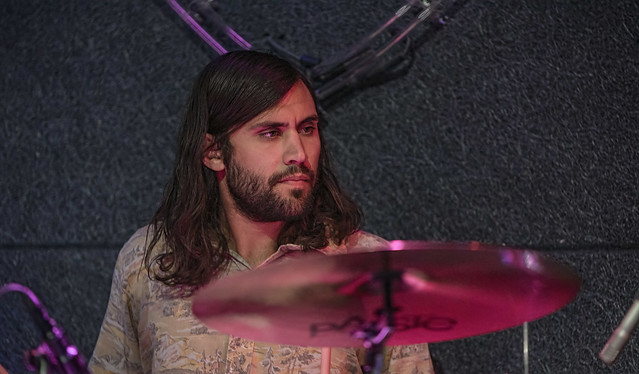 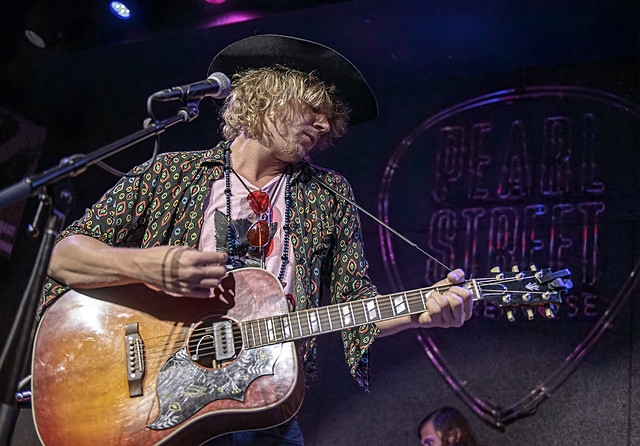 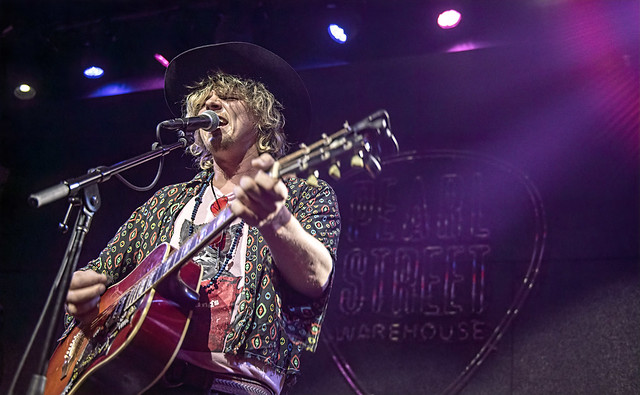 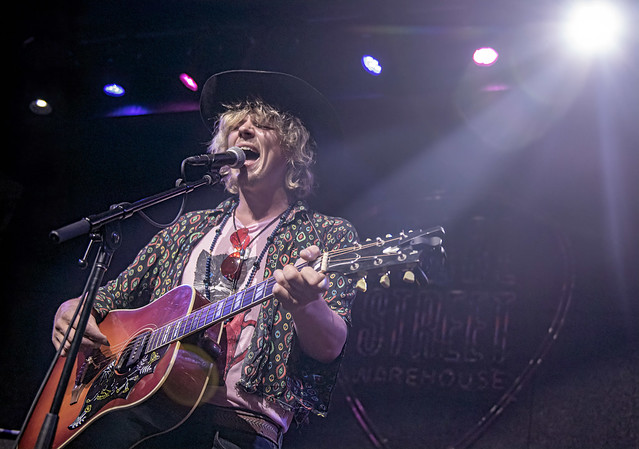 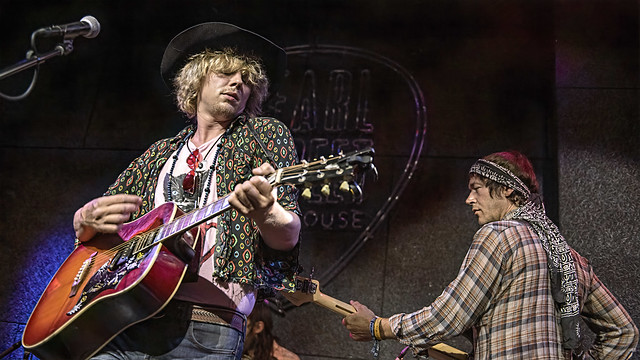 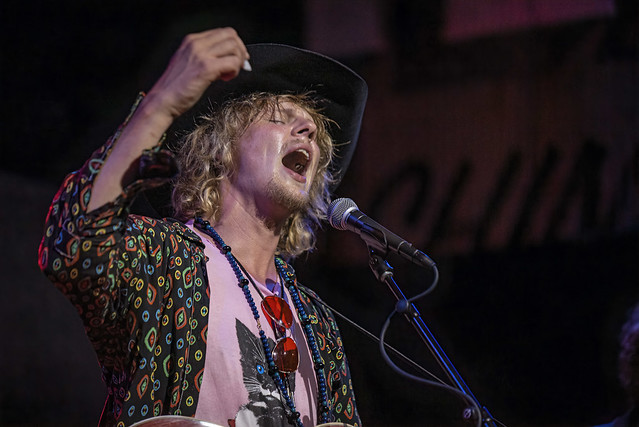 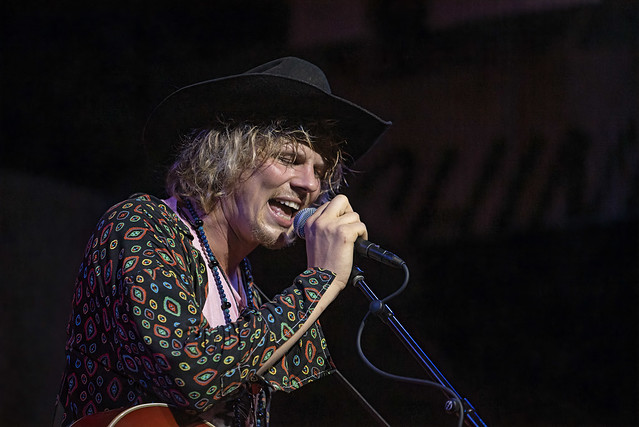 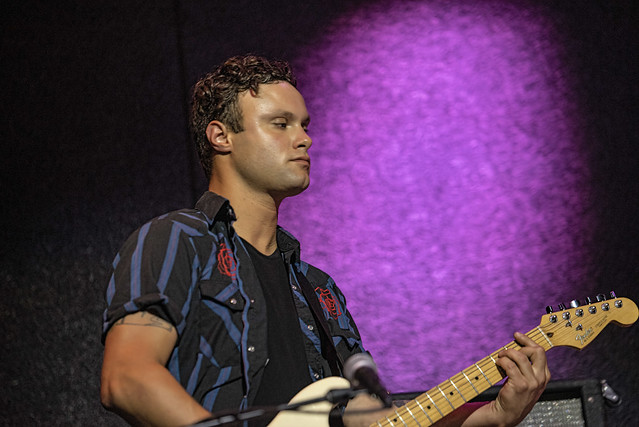 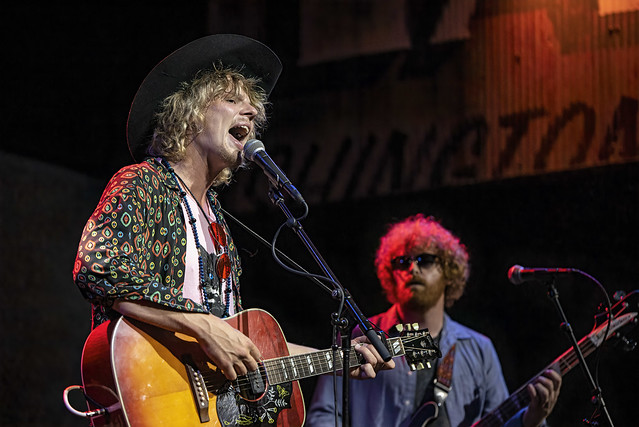 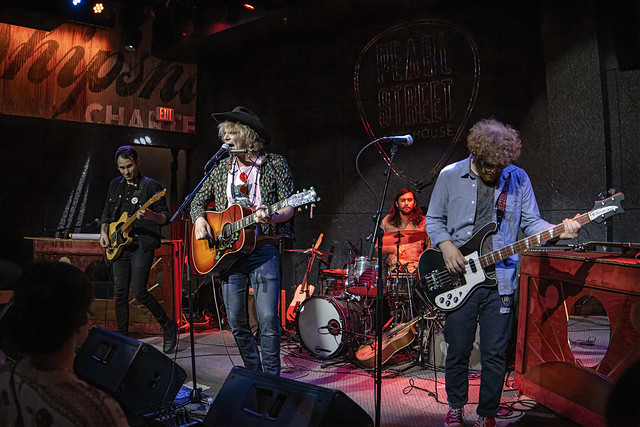 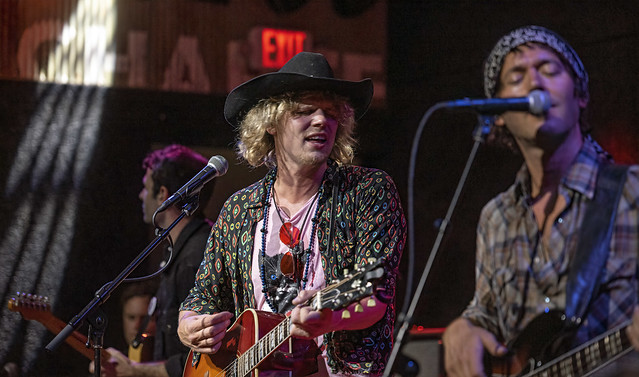 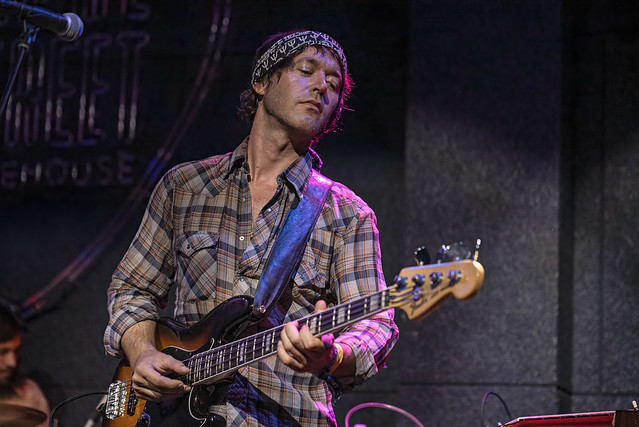 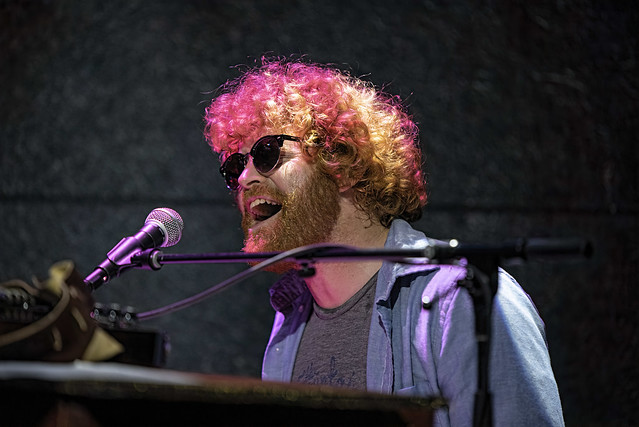 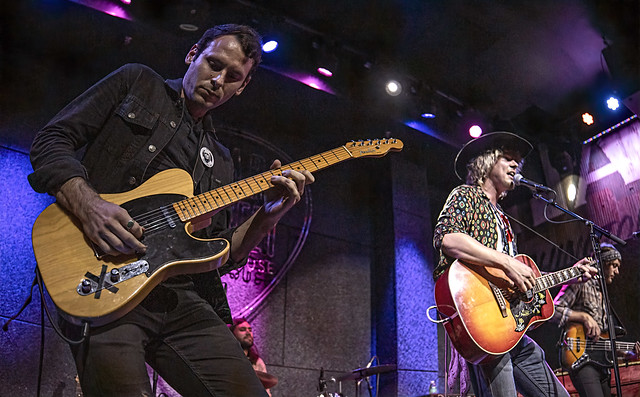