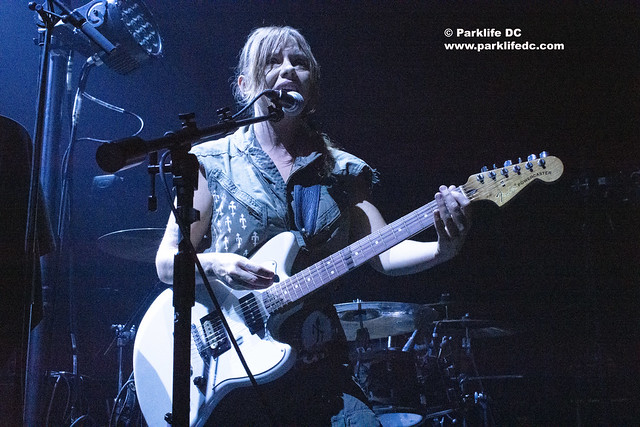 Vocalist Rosie Bones and guitarist Carmen Vandenberg formed Bones UK in England then moved to Los Angeles, similar to their friends The Struts, and the punk duo opened for their glam contemporaries at 9:30 Club recently.

I called them punk, but Bones UK earnestly fused a mix of punk, blues, and industrial music at their 9:30 Club show on Aug. 7. Still, the defiant attitude and disposition of the young musicians, clad in simple denim coveralls was very punk rock.

This year, Bones UK released their self-titled debut album. Bones UK began the show with “Creature” from the new record. “Creature” began with a bluesy thump, and Rosie sang a smoky vocal: “Call me creeper/ Call me creature/ Call me anytime you need/ Cause my blood is made of whiskey/ So you can come get drunk on me.” Carmen swayed from side to side and occasionally back on her heels as she unleashed some screeching guitar licks — again straight out of the blues.

Soon, Bones UK surprised with a delightfully scuzzy version of “I’m Afraid of Americans” by David Bowie. I was unprepared for the cover, which appears on their album and previously generated a bit of buzz. Rosie let her English accent show, and she stated the lyrics with an bit of a draw on “I’m afraid of the wooooorld.” Carmen handled the iconic guitar riff with a cool composure.

Near the end of a seven-song set, Bones UK performed “Beautiful Is Boring,” perhaps a bit of anthem for the young duo. Rosie gave the song a foreboding tempo, delivering the words as a slow growl that continued to simmer as she turned in place and struck her guitar emphatically. Rosie found a lot of like-minded folks in the audience when she sang, “Give me scars and stripes/ It does not please me to be easy on any of your eyes,” and the bustling 9:30 Club gave Bones UK a hearty round of applause after the song.

The tour with The Struts has ended, but Bones UK have a few festival appearances yet on their calendar, including Austin City Limits in October. I strongly suspect these irrepressible women soon will return with a headlining tour, given their undeniable talent and refreshing voice and message.

Here are some pictures of Bones UK performing at 9:30 Club on Aug. 7, 2019. All photos courtesy Mickey McCarter. 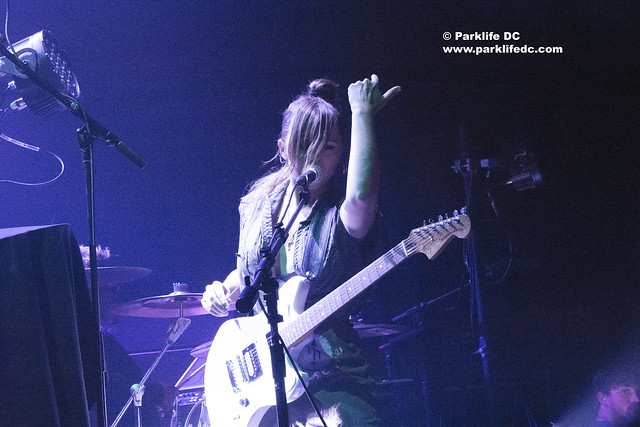 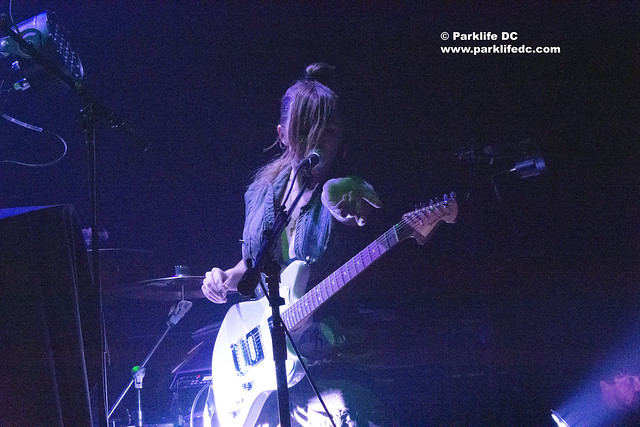 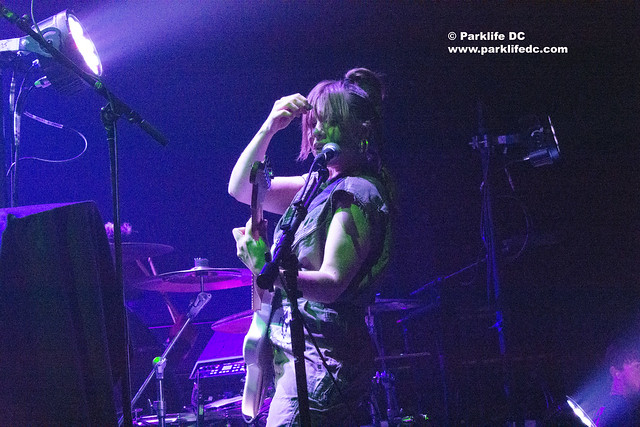 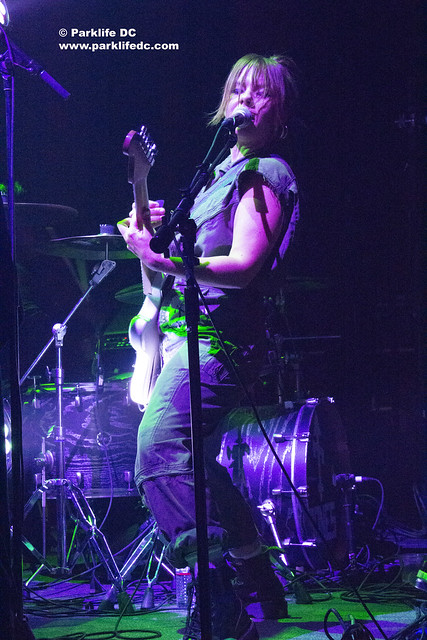 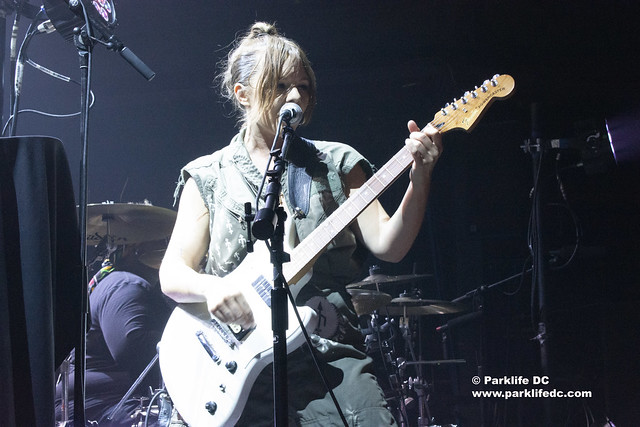 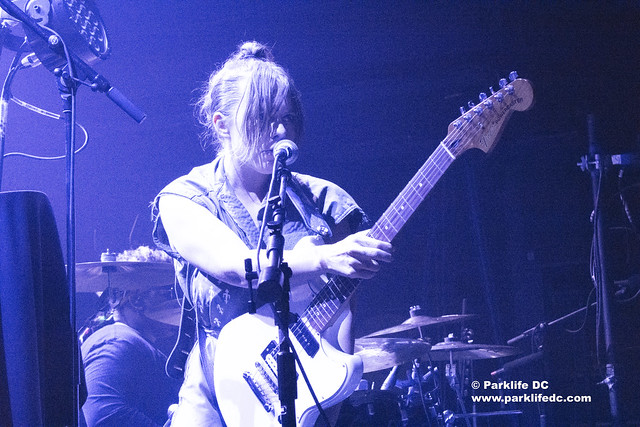 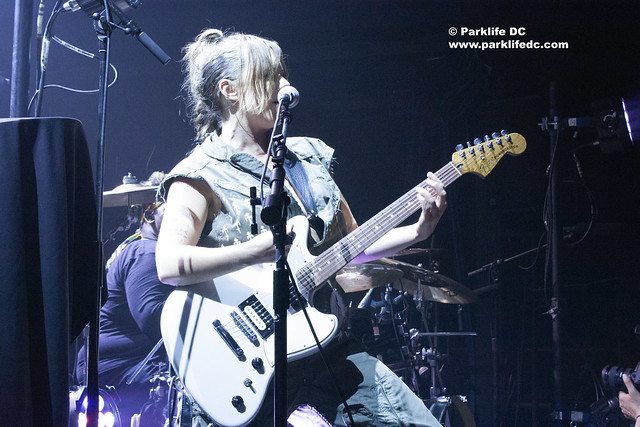 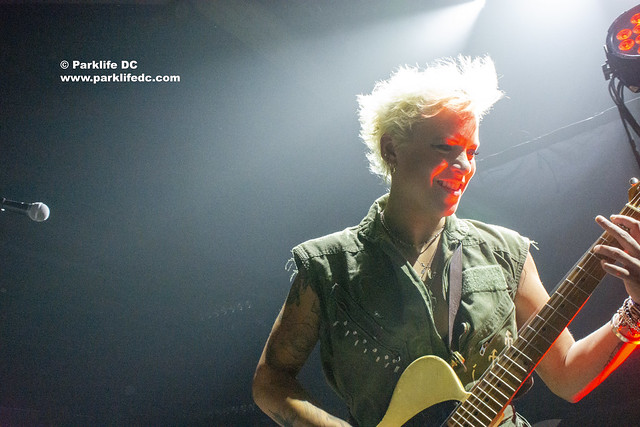 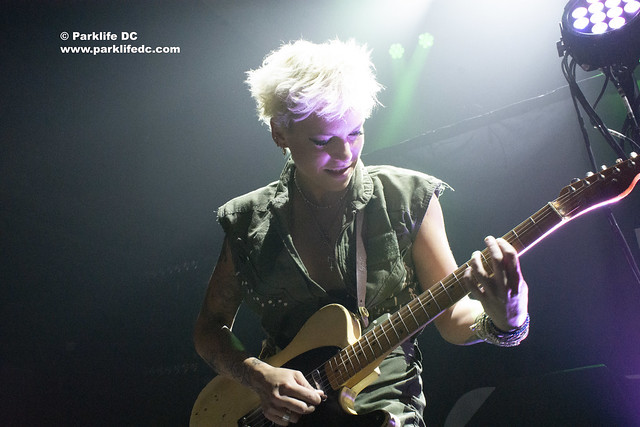 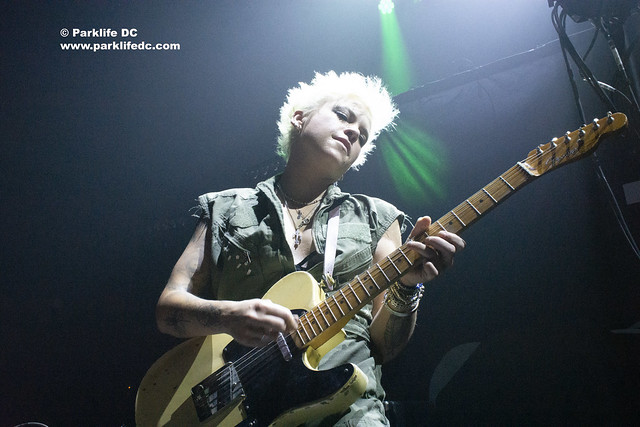 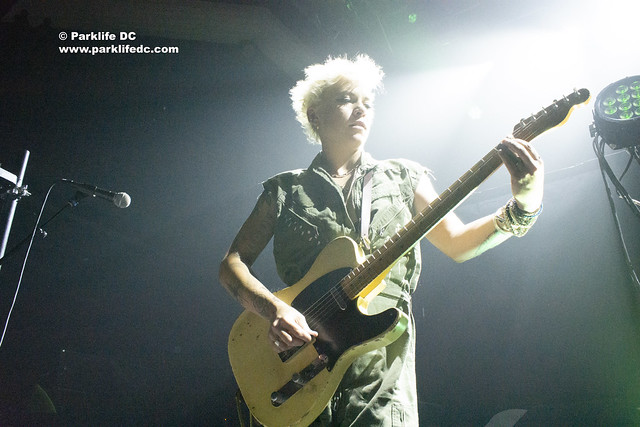 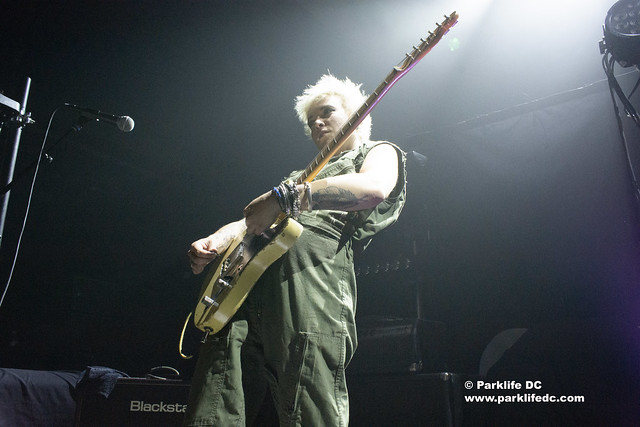 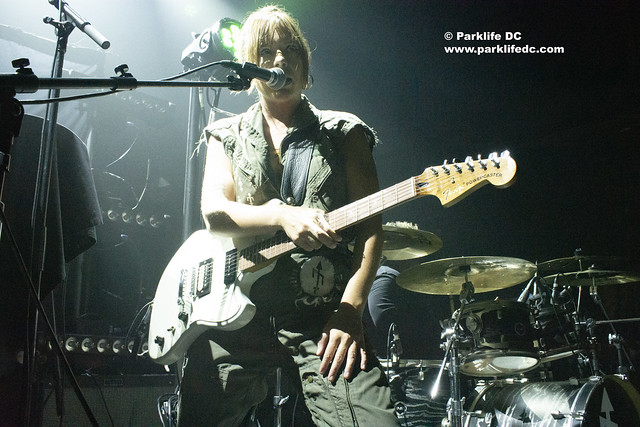 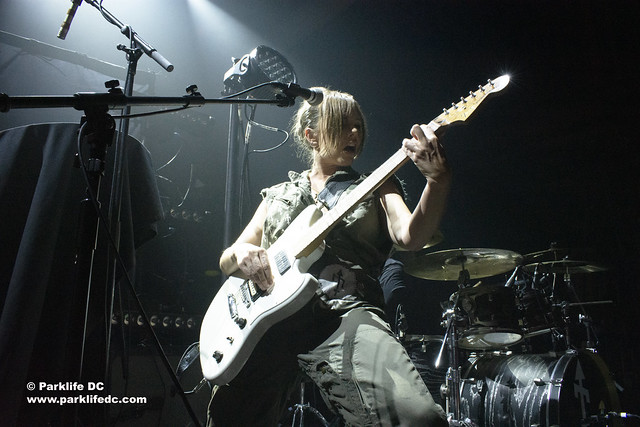 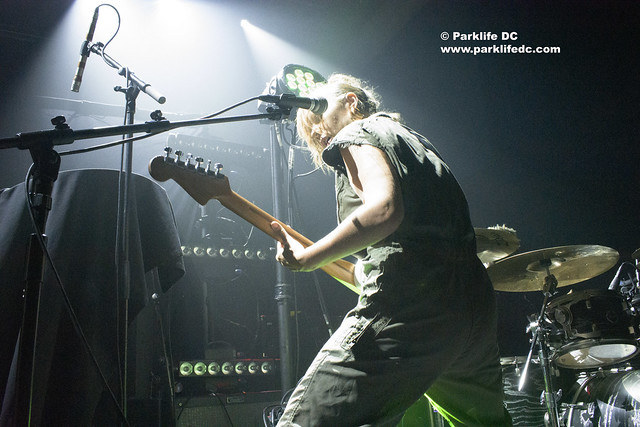 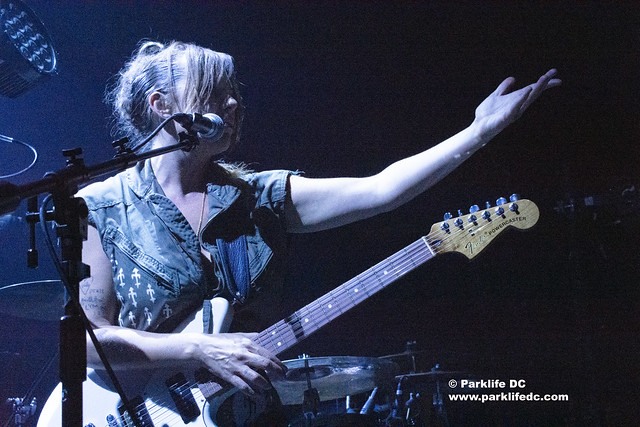 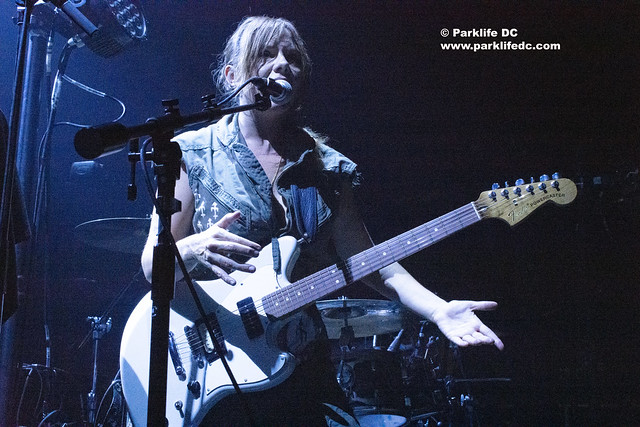 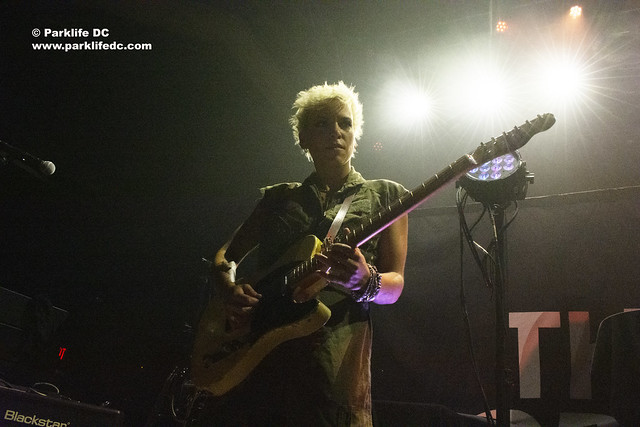 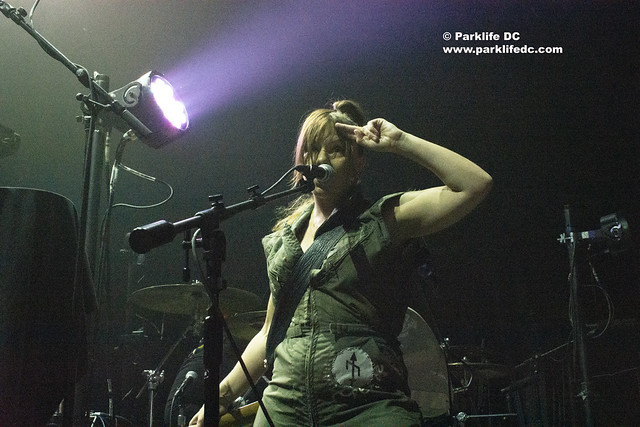 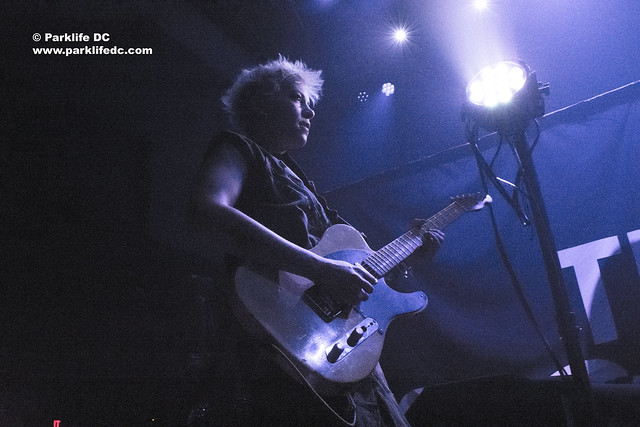 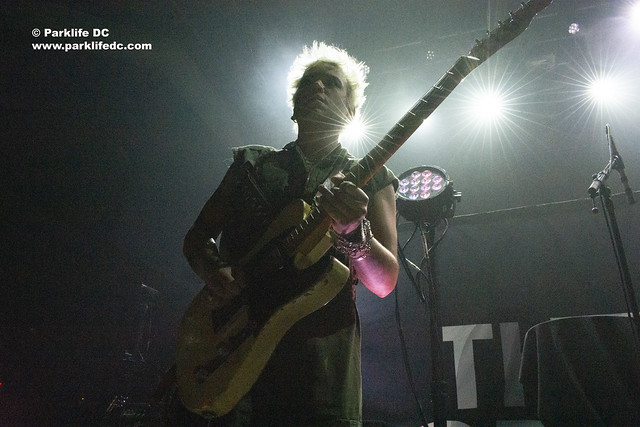 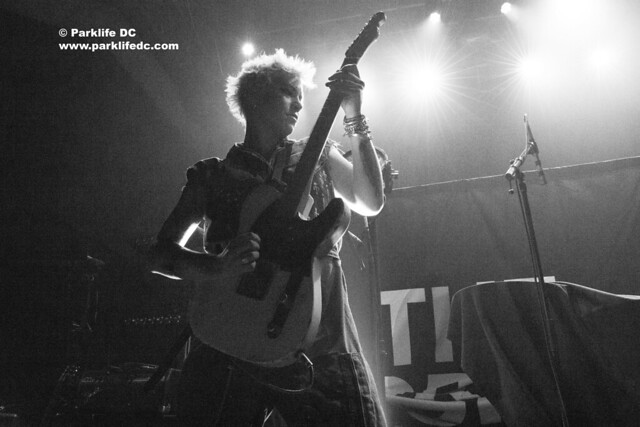 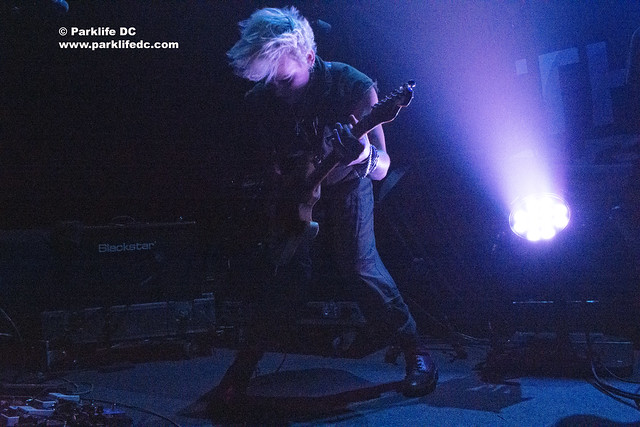