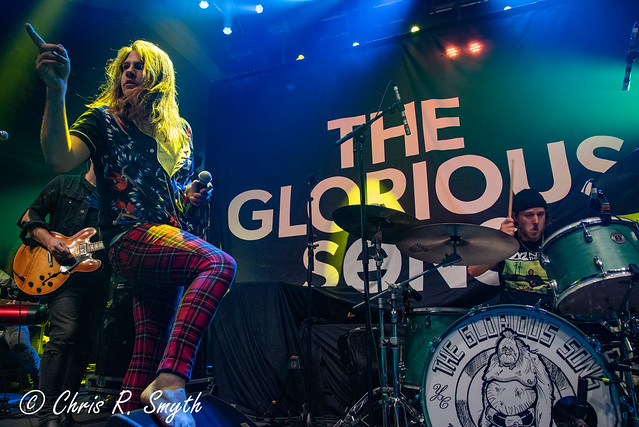 The Glorious Sons whipped up a frenzy in a stirring demonstration of glam meets gospel as a thrilling opener for The Struts at 9:30 Club recently.

Formed in Canada in 2011, the rock quintet surely have been sharpening their live act in all of this time, allowing frontman Brett Emmons time to refine a truly unique persona. And let’s be clear: Brett Emmons is the sort of frontman we see perhaps once in a generation — a frenzied yet charismatic blur of a performer who pops all over stage as if by teleportation while singing catchy and memorable tunes about life and love.

Gearing up for the release of a third studio album, A War on Everything, via Black Box and BMG in September, The Glorious Sons drew mostly from their full-length sophomore record, 2017’s Young Beauties and Fools, and a 2013 EP, Shapeless Art.

Stream Young Beauties and Fools by The Glorious Sons on Spotify:

The Glorious Sons began with the steady “White Noise,” which Brett pushed through the 9:30 Club with a voice strong and sure in what became something of a revival session with the crowd singing “White Noise!” back to him. As one of The Glorious Sons’ earliest songs, the crowd knew this song well and were ready to participate. And what a crowd it was, given the 9:30 Club already swelled to the rafters in a sold-out show where everyone turned out early to see the opening acts.

Although folks weren’t as familiar with “Panic Attack,” the third song of the set, the audience embraced it right away. A number from the upcoming A War on Everything, “Panic Attack gave Brett the opportunity to truly *strut* his stuff (words chosen in honor of the headliner). Brett buzzed from one side of the stage to another, swinging his head high and low, allowing his messy hair to cloak his face as he roared like a barefoot prophet climbing the amps to deliver an urgent message to the masses. He was a sight to behold!

My colleague Chris Smyth remarked that Brett’s mannerisms and performance invited comparisons to the late Shannon Hoon of Blind Melon. Who am I to disagree?

Toward the end of their short set, The Glorious Sons played “Sawed Off Shotgun,” another crowd pleaser taken from Young Beauties and Fools. During this number and others, 9:30 Club fell under the influence of the power of the rest of the band — Jay Emmons (guitar, vocals), Chris Koster (guitar, vocals), Adam Paquette (drums, vocals), and Chris Huot (bass). Looking really quite cool, The Glorious Sons rocked through each song with as much flair as the most fervent Southern rockers to materialize on your radio on a sunny afternoon in 1976. (It is very possible that The Glorious Sons gave much of the assembled audience nostalgia for a time prior to their birth!)

Here are some pictures of The Glorious Sons performing at 9:30 Club on Aug. 7, 2019. Photos copyright and courtesy of Chris Smyth. 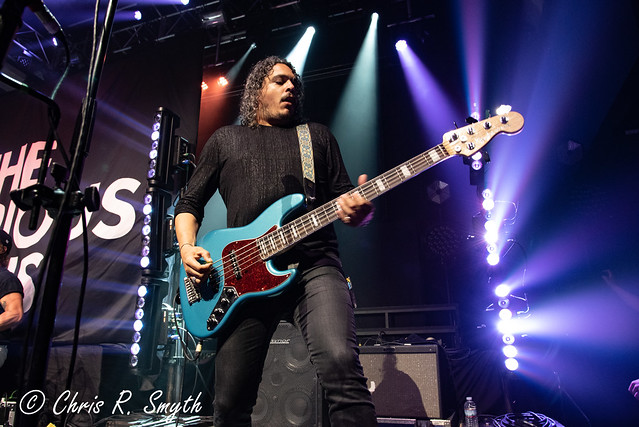 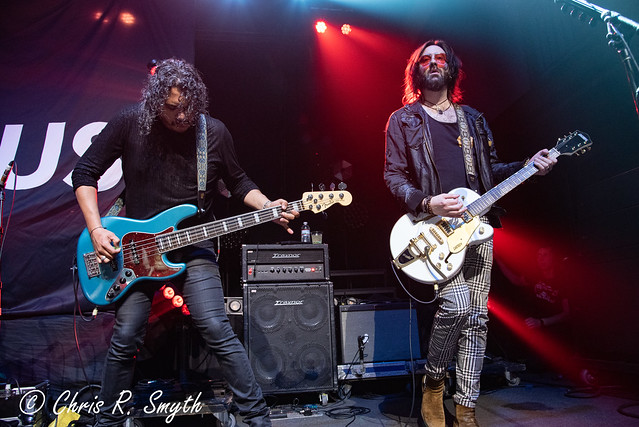 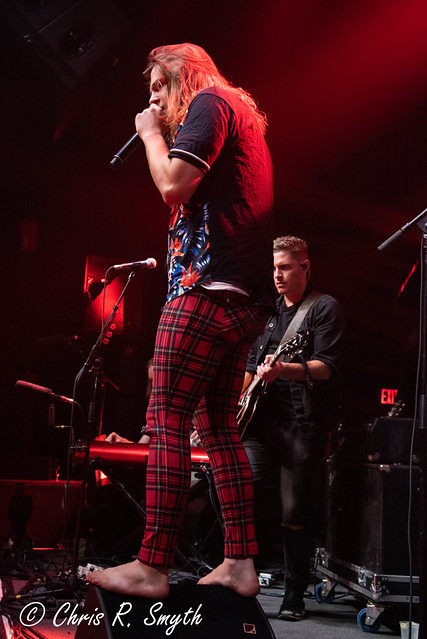 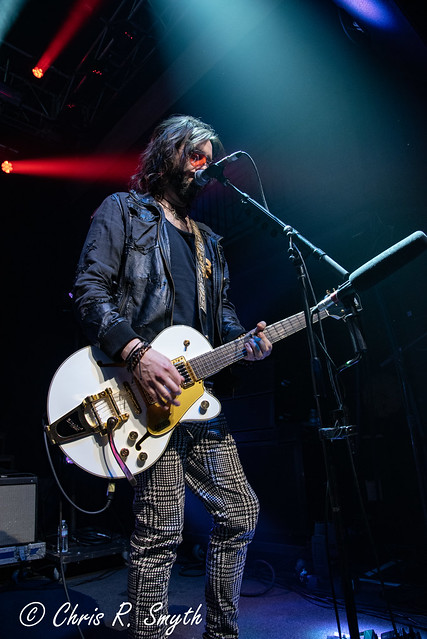 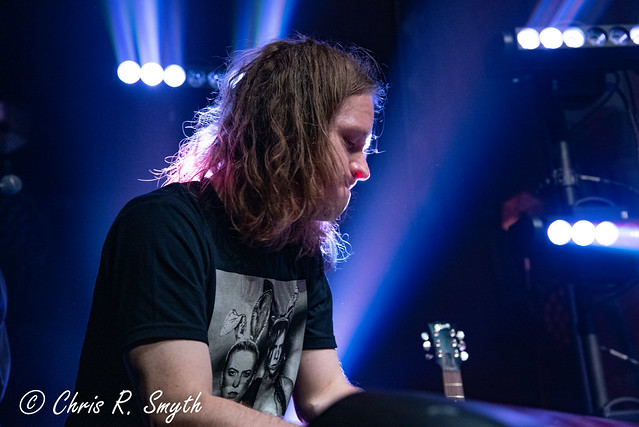 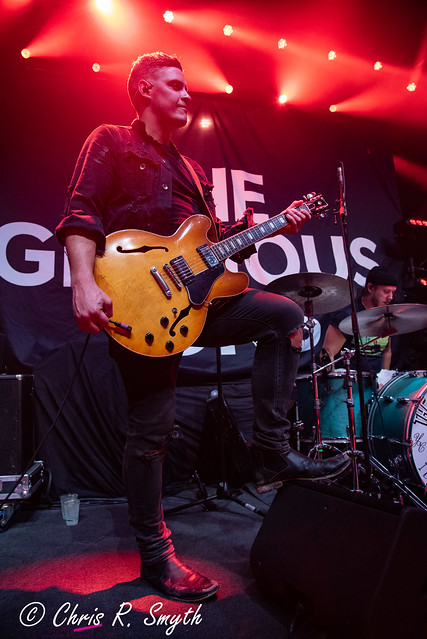 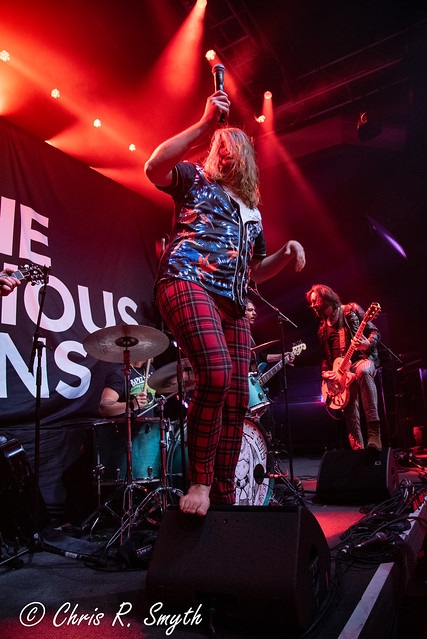 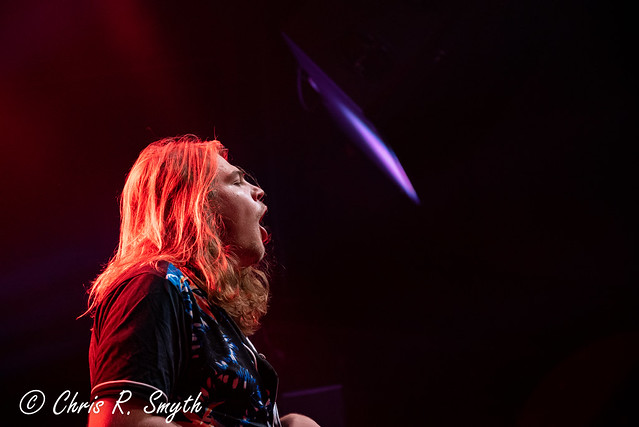 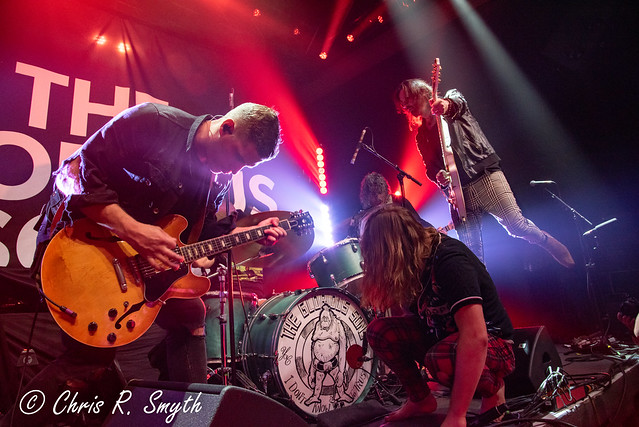 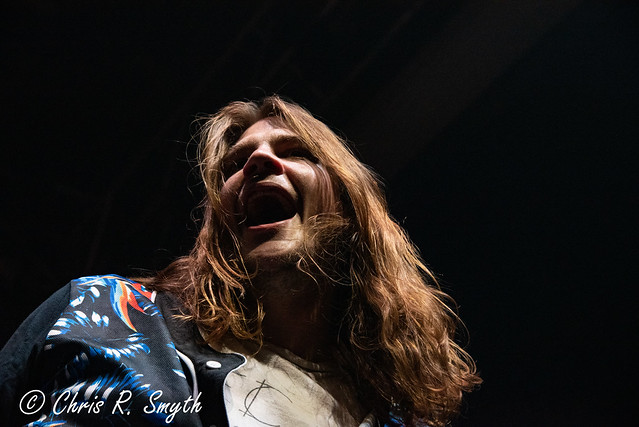 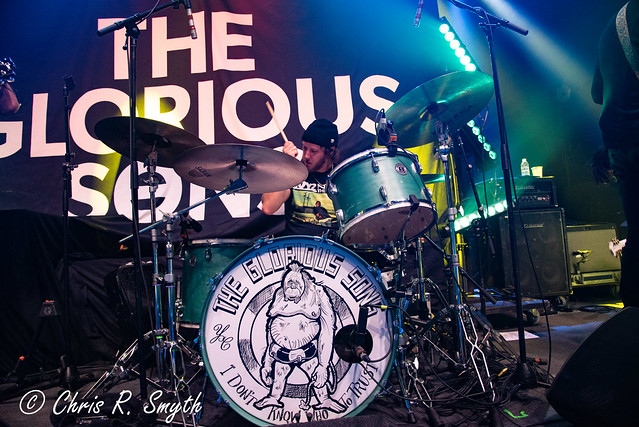 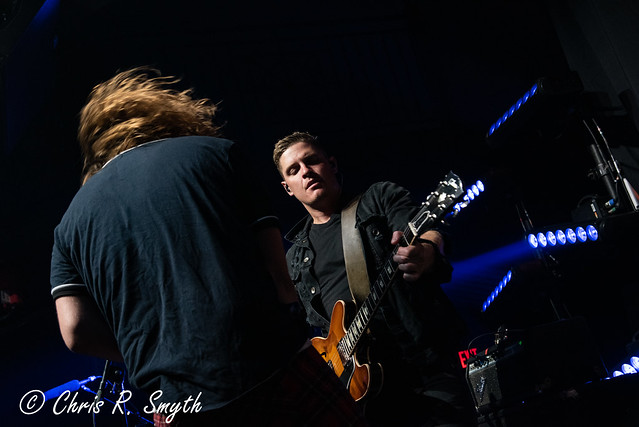 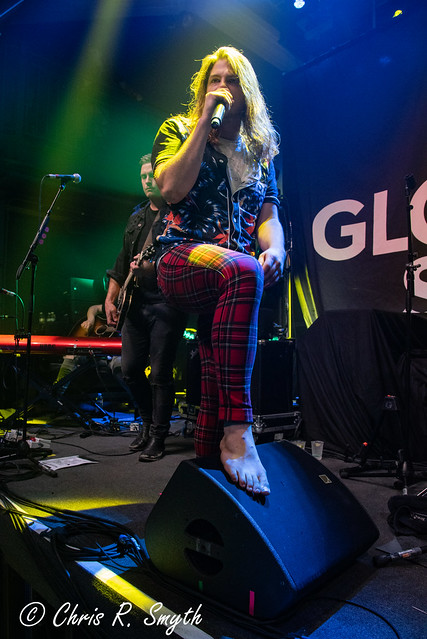 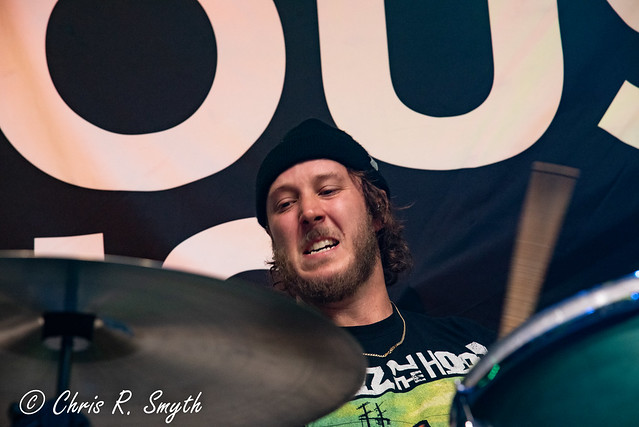 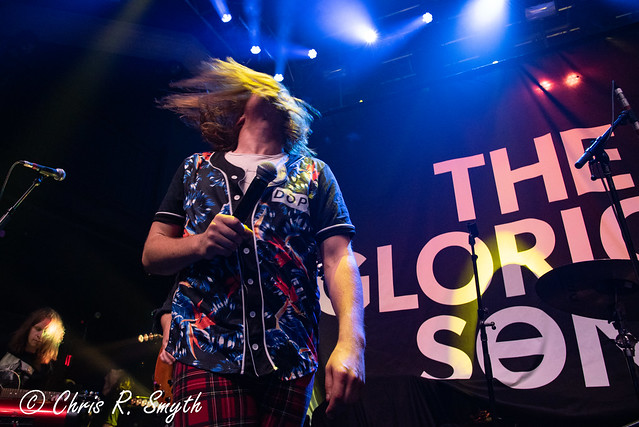 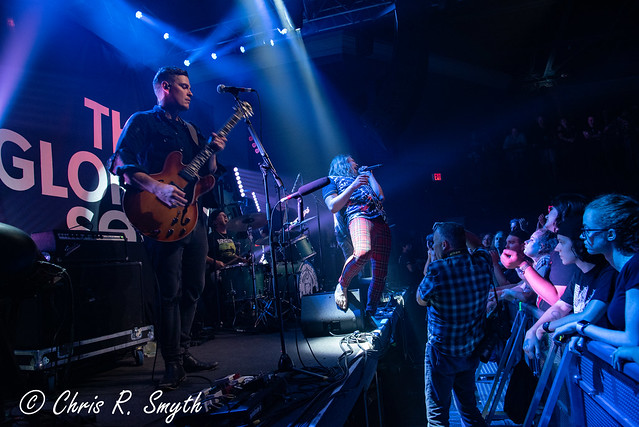 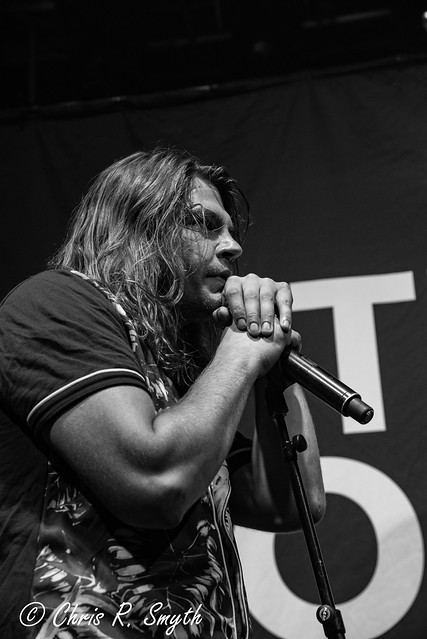 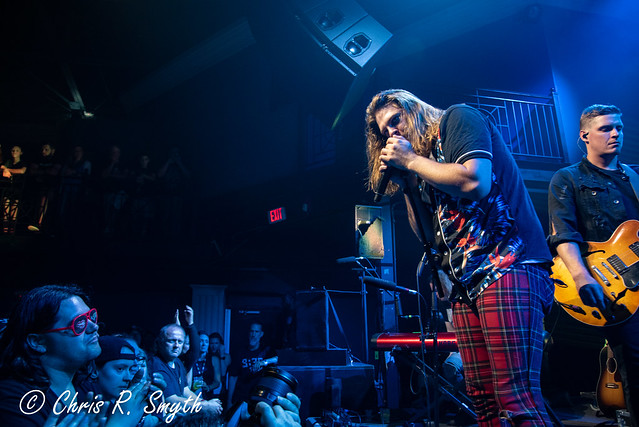 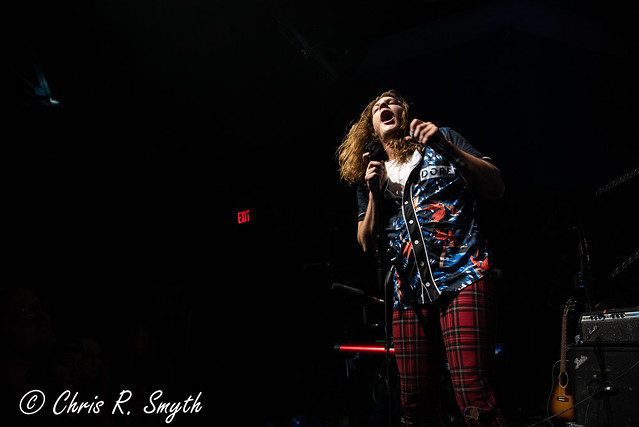 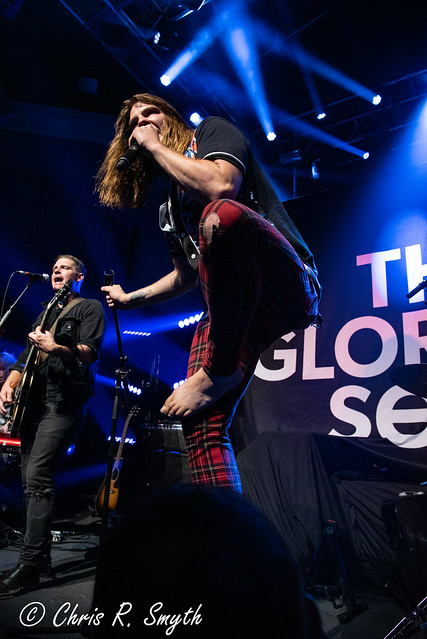 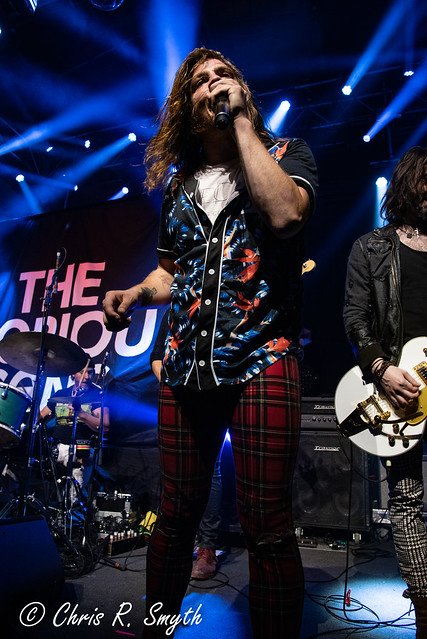 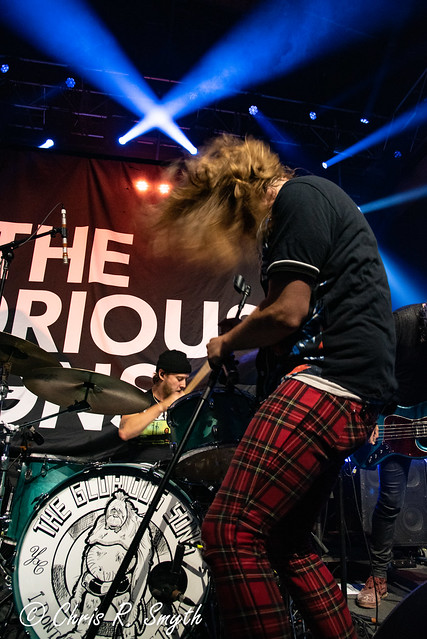 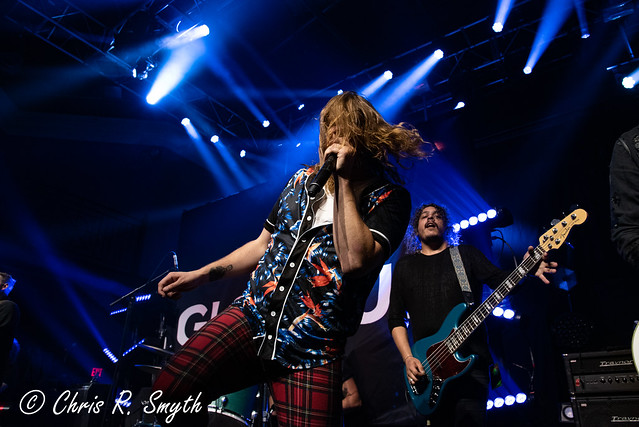