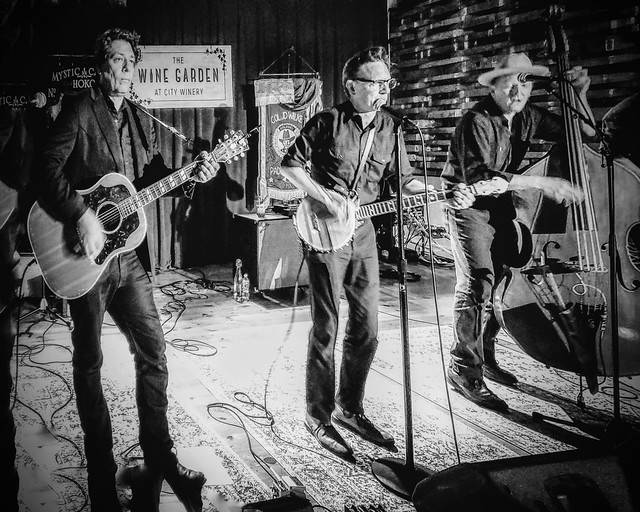 After a unique opening featuring J.D. Pinkus of the Butthole Surfers playing banjo against a backdrop of psychedelic imagery, the Shack Shakers took the stage dressed in snazzy suits. The band then thrilled the colorful crowd with their controlled chaos of country, rock, punk, and blues. Frontman J.D. Wilkes, also an artist and author, stripped down over the course of the set to a white tank top, bellowing into an old-school mic that introduced the band’s characteristic vocal distortion.

J.D. affectionately referred to his gathered fans as “meatbags” before the Shack Shakers opened up with a few acoustic numbers. J.D. played banjo and sang into a standard mic. Equal parts back porch picking and driving, they started with a Washboard Sam number, “Come On In (Ain’t Nobody Here But Me).” They followed that with one of their original songs, “Sugar Baby,” which they released on 2010’s Agridustrial.

Stream Agridustrial by the Legendary Shack Shakers on Spotify:

Another raucous number was up next, then “Who Walks in When I Walk Out?” Of “Hoboes Are My Heroes,” J.D. said, “I really thought that song would take off.”

Introducing “Red Wing,” J.D. told the crowd about his grandfather, who was an antiques dealer, drawing a comparison to the show American Pickers. From his picking, he brought J.D. his first instrument, a harmonica. This harmonica, J.D. said, had passed through several hands and “tasted like disease.”

Between songs, J.D. mentioned a chord banned in the fourth century by the Catholic Church for “being too Satanic.” Naturally, the band demonstrated the infernal chord as J.D. called out its components.

After “Gypsy Valentine,” the band’s guitarist switched to electric. “Blood on the Bluegrass” featured a nice bit of harmonica work from J.D. J.D. brought up LARPers (Live-action role-playing), and he talked about playing D&D in the ’80s. He got kicked out of his gaming group for making an Elf character that he named Keebler.

To spice things up, J.D. and the band played the title track of his solo album, “Fire Dream.” I learned, to my surprise, that the short instrumental piece “Cow Tools” was inspired by a Gary Lawson Far Side cartoon. Following “Old Spur Line,” J.D. invited the crowd to sing along on the next song, referring to them as a “chorus of demonic angels.”

In the penultimate slot, the Shack Shakers played what is perhaps their most recognized tune, “Swampblood.” “Swampblood” is on the soundtrack in an episode of the HBO series True Blood.

As the show gained steam, more and more of the crowd had made their way to the pit in front of the stage. City Winery called it a dance floor in their promotion for the show, but it was a pit. No one was dancing. For as interesting an assortment of characters as the band attracted — I saw mohawks, piercings, and kilts, among other things—it was a pretty relaxed environment. One gentleman discussed his paranormal investigations with me, but this didn’t strike me as any crazier than most of mainstream religions, just less popularly accepted.

The Shack Shakers are a band with strong flavor. They go for a well-defined sound and atmosphere rather than appealing to the widest possible audience. They put on a fun show, and they’re very talented. If their albums appeal to you, you should definitely check out their live show.

Here are a few pictures of J.D. Pinkus opening the show. Then some pictures of the Legendary Shack Shakers performing at City Winery on Aug. 11, 2019. All photos copyright and courtesy of Rik Goldman. 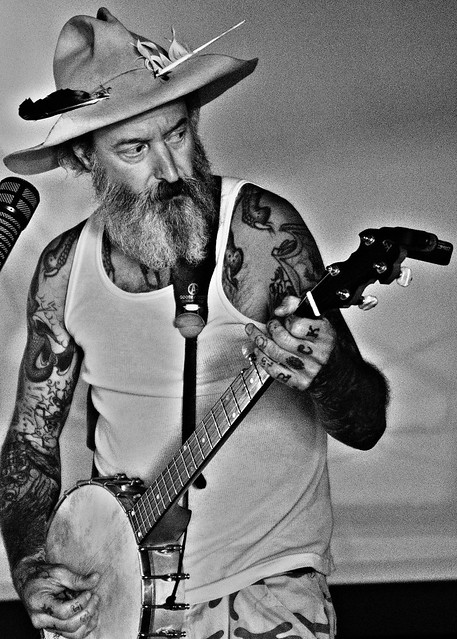 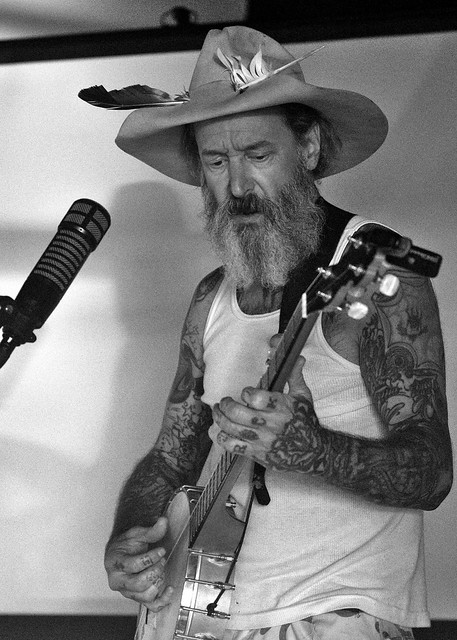 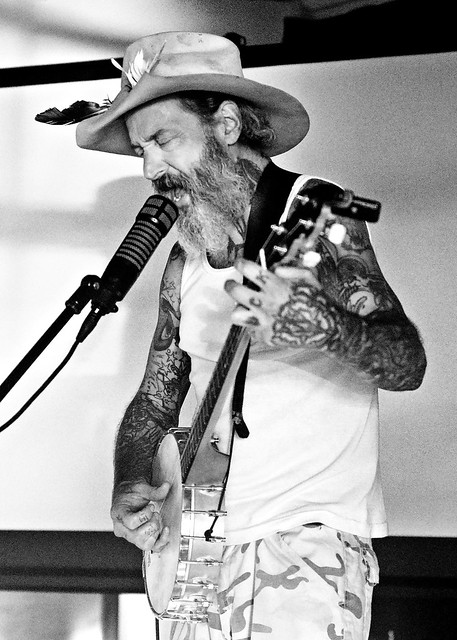 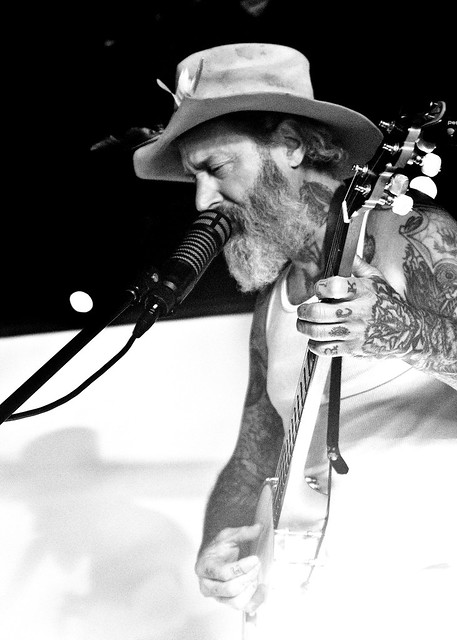 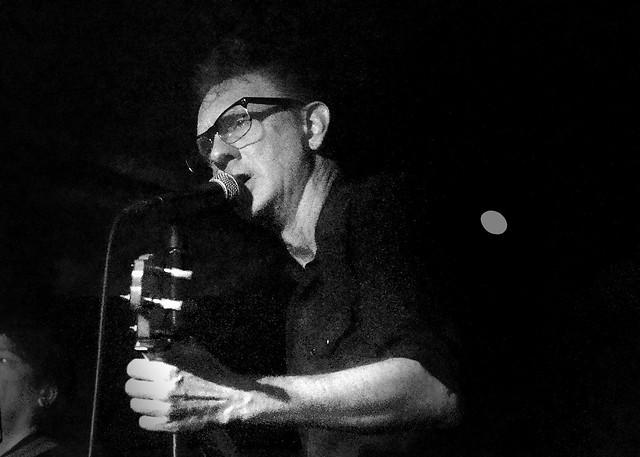 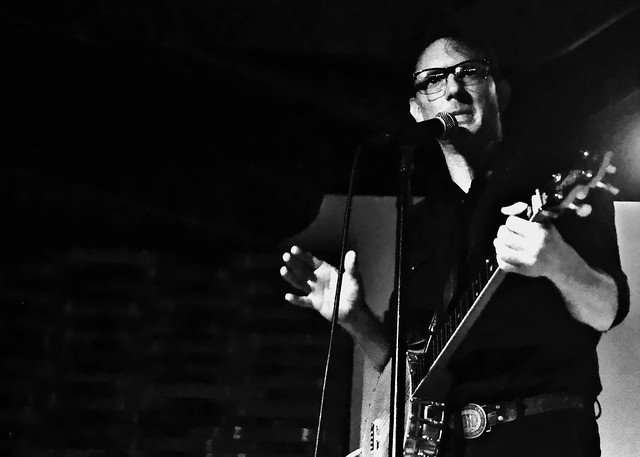 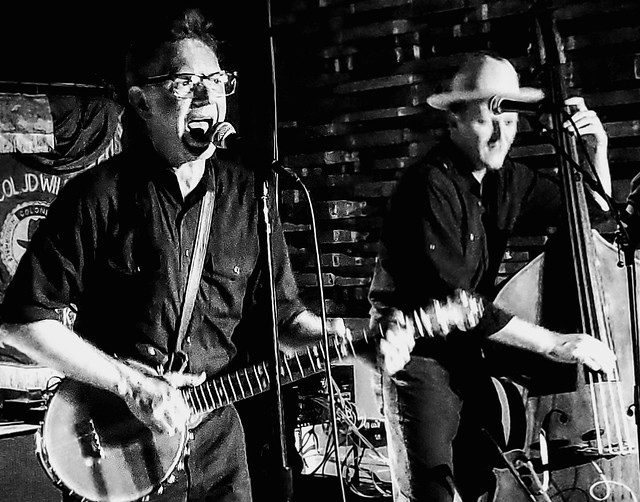 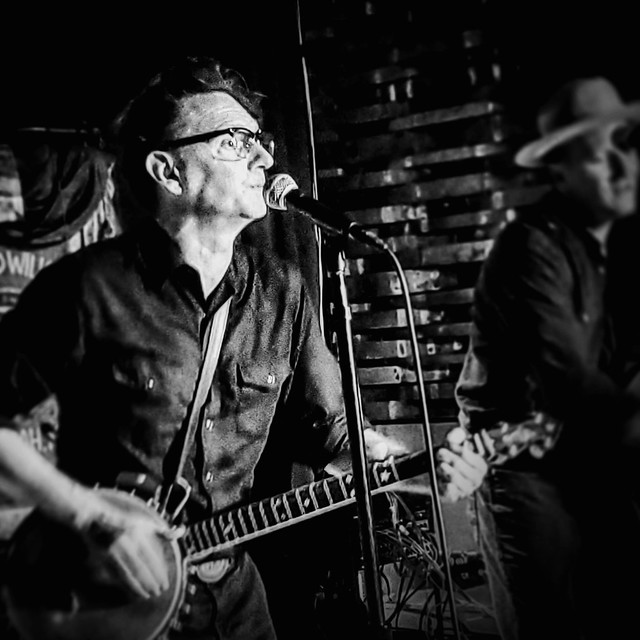 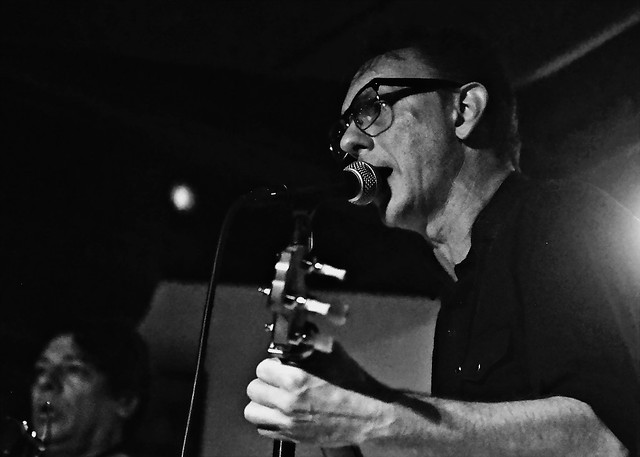 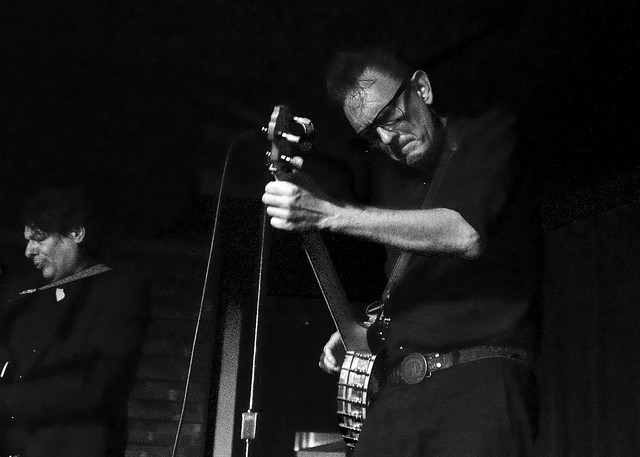 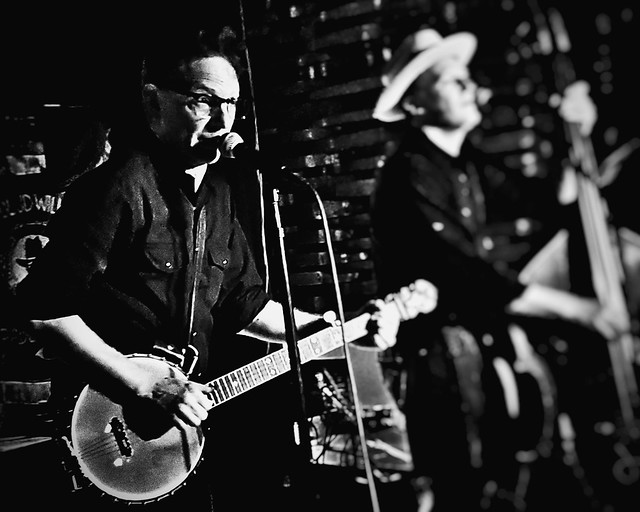 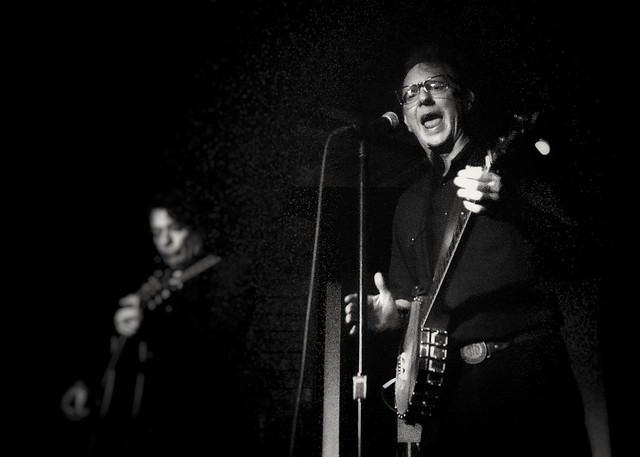