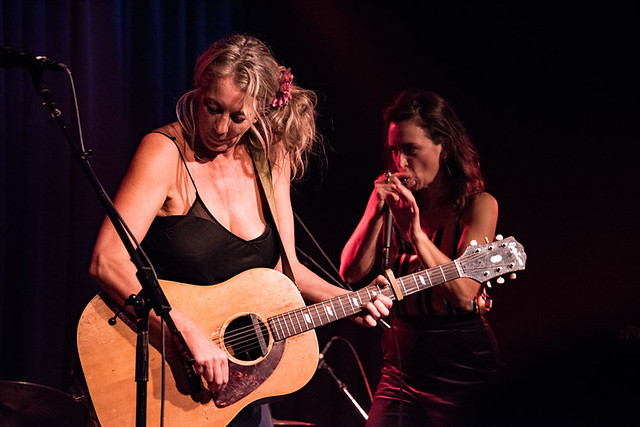 “With every passing year, many of them watch as the other people their age achieve the predictable milestones of normal life — the car, the family, the house, the nest egg. Why? Because musicians and singers are willing to give their entire lives to a moment — to that melody, that lyric, that chord, or that interpretation that will stir the audience’s soul. Singers and Musicians are beings who have tasted life’s nectar in that crystal moment when they poured out their creative spirit and touched another’s heart. In that instant, they were as close to magic, God, and perfection as anyone could ever be. And in their own hearts, they know that to dedicate oneself to that moment is worth a thousand lifetimes.” — David Ackert, Los Angeles Times

After 27 years on the road, difficult choices and compromises are a reality for The Waifs, the Australian band formed in 1992. But sisters Vikki Thorn (harmonica, guitar, vocals) and Donna Simpson (guitar, vocals), along with Josh Cunningham (guitars, vocals), have met those challenges and survived. Their recent show at The Birchmere was proof that adapting, and thriving, is possible.

Vikki and Donna formed their initial folk rock duo, Colours, in Albany, West Australia, performing Bob Dylan and Everly Brothers covers. In February 1992, 20-year-old Donna and 16-year-old Vikki headed took off on their first tour. While on the road, they met 18-year-old Josh, who was also touring with his band playing bass. That fateful meeting in Broome where after a 10-minute jam session, Donna asked him to join Colours. Cunningham recalled, “There was a connection that Donna felt that I felt as well… it’s always felt very much like a family to me, and I felt instantly welcomed into that right from the very start.”

Once back in Albany, they changed their name to The Waifs (originally The WAiFS), began writing their own songs, and relentlessly toured in the Kombi van they’d used on their first venture onto the road. By May 1996, they had an audience, and enough road-tested material, to put out their debut album, the eponymously titled, The Waifs. Their second album, Shelter Me, was released in 1998, and two years later their third, Sink or Swim. Years of touring earned The Waifs a substantial worldwide audience and so the band founded the independent label, Jarrah Records. Their first release on Jarrah was a five-track EP, London Still, which garnered two nominations at the 2002 ARIA Music Awards for Best Independent Release and Breakthrough Artist – Single.

Their fourth full length album, Up All Night, was released in January 2003, followed by the Lighthouse EP in April and The Bridal Train EP in March 2004. A double live album, A Brief History…, was released in November.

A month after the Asian 2004 Boxing Day tsunami, The Waifs performed at the WaveAid benefit concert in January 2005. The date also marked a point where The Waifs decided to take a break, at the time saying, “We won’t be going into the studio any time soon. Our collective focus is too outside of music and career right now to put out an album.”

See The Waifs perform “Crazy Train” at WaveAid in January 2005 on YouTube:

In September 2007, they released a fifth studio album, Sun Dirt Water, followed in January 2009 by a second live album, Live from the Union of Soul. The next eight years would see three more Waifs studio albums — Temptation (2011), Beautiful You (2015), and Ironbark (2017).

Stream Ironbark by The Waifs on Spotify:

Over the course of those 25 years, Donna, Vikki, and Josh have seen marriage, divorce, kids — they scattered to different continents, got sober, and through it all continued producing beautiful compelling music, as any devoted fan can attest.

On Aug. 15 at The Birchmere, The Waifs played like they still had something to prove and the adoring crowd hung on every note and lyric. The setlist contained music from the most recent release, Ironbark, as well as tunes going back to their first album and everything in between. Fan favorites like “London Still,” “Fisherman’s Daughter,” and “Lighthouse” elicited the expected enthusiastic crowd response but the night also included a number of surprises and last minute additions including “Dirty Little Bird” (from Ironbark) and a gorgeous encore performance of “Gillian.” 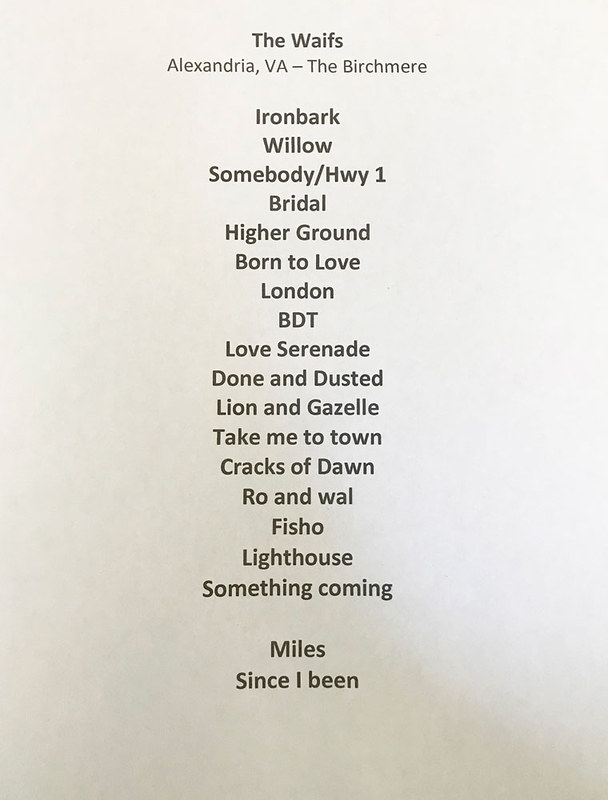 In addition to Josh, Donna, and Vikki, the band is filled out with the stellar rhythm section of Ben Franz on bass and David Ross Macdonald on drums. The Birchmere gig occurred deep into the tour, though, and perceptive fans picked up on the band’s weariness. Earlier in the tour, Donna had to bow out of a few gigs due to illness, the band’s Facebook posts alluded to long hours on the road, and various complications along the way. The Alexandria show was marked by microphone roulette as band members unexpectedly took up different stage positions. But if it affected the music, no one was the wiser, for those Waif moments when we were close to magic, God, and perfection stirred our souls all night long.

To learn more about the Waifs, their music, and future tour dates, visit their Facebook page or go to The Waifs’ website.

Here are some pictures of The Waifs performing at The Birchmere on Aug. 15, 2019. All photos copyright and courtesy of Mark Caicedo. 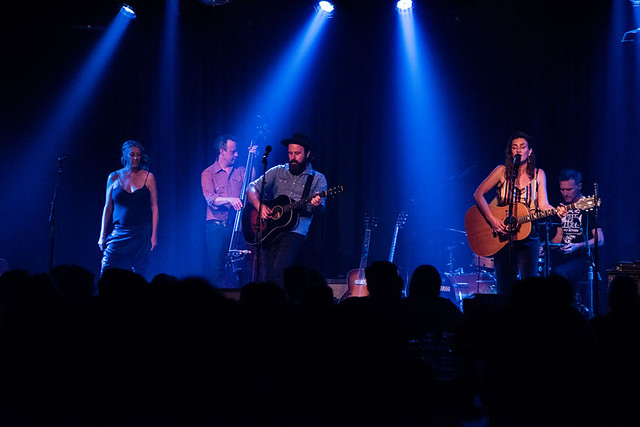 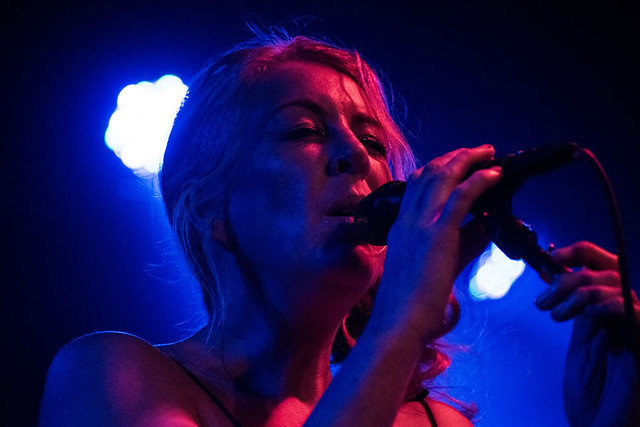 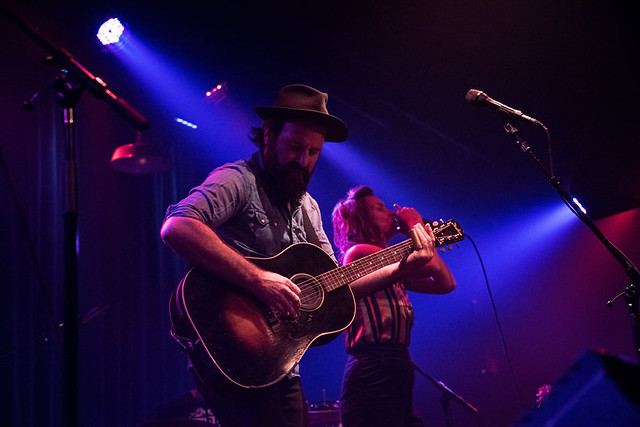 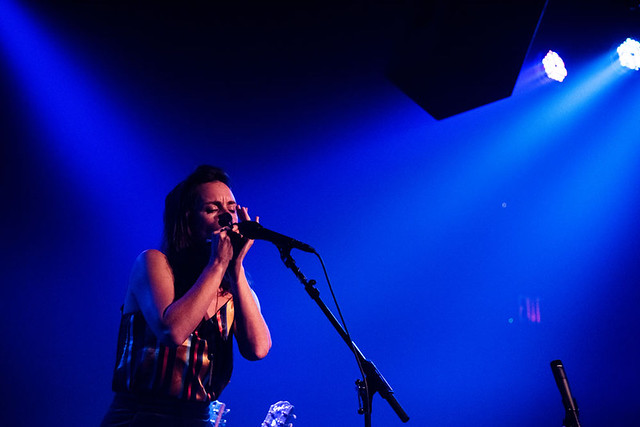 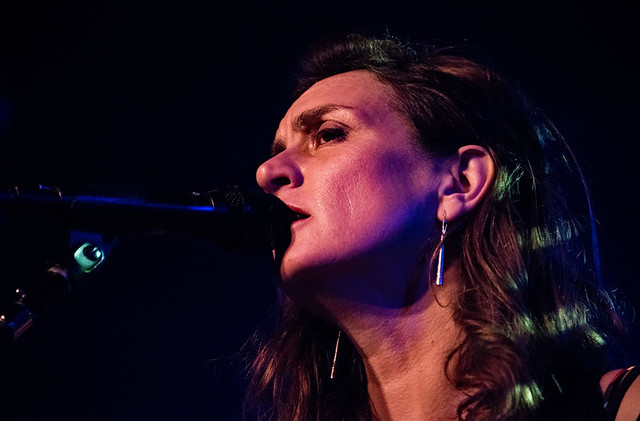 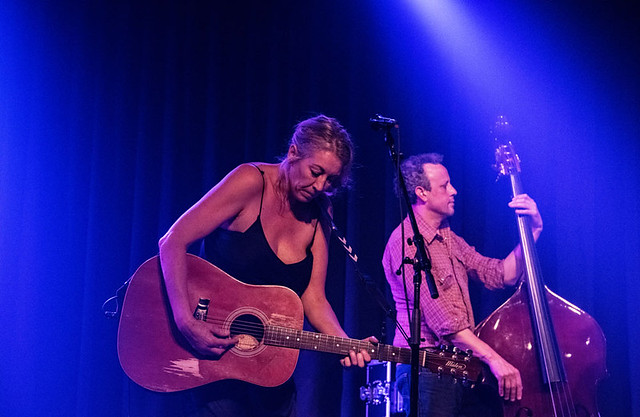 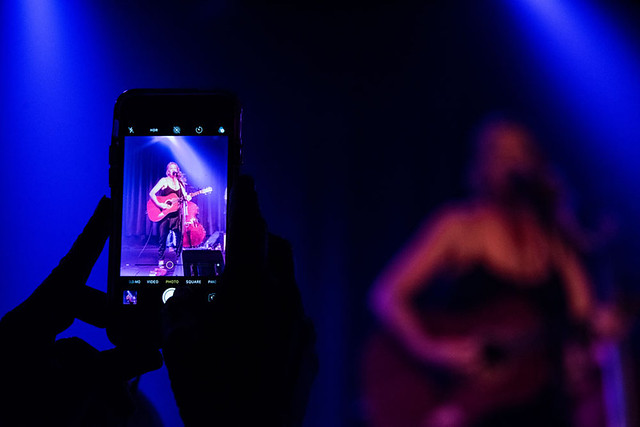 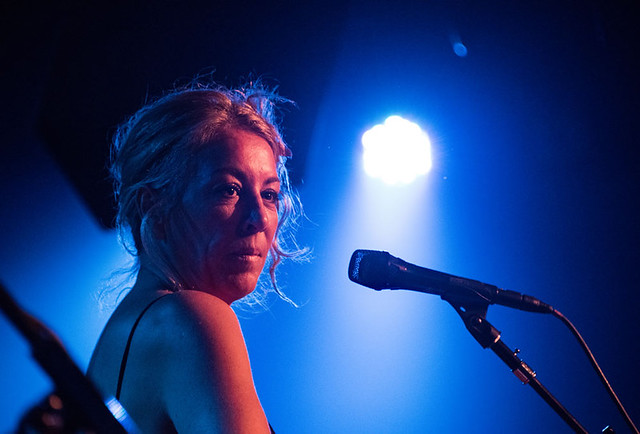 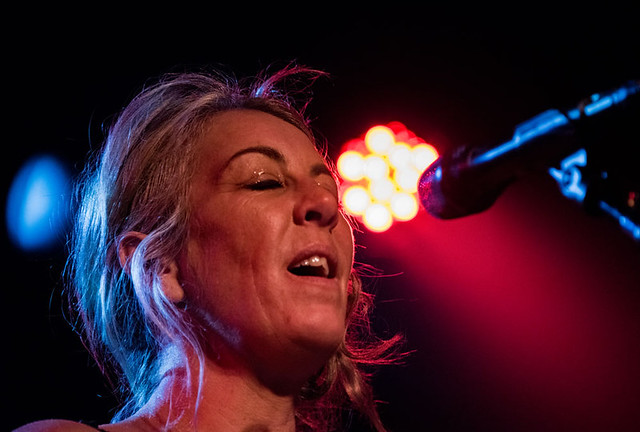 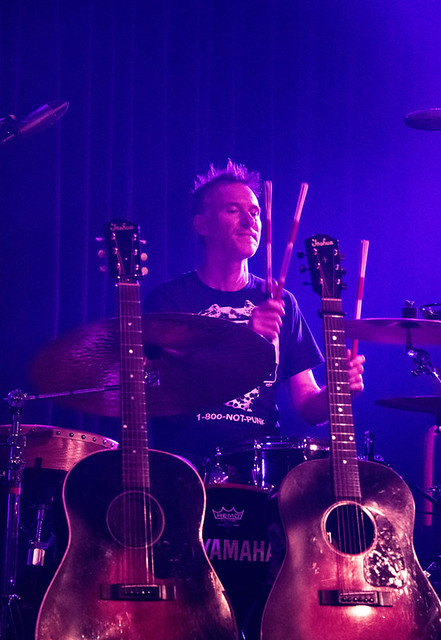 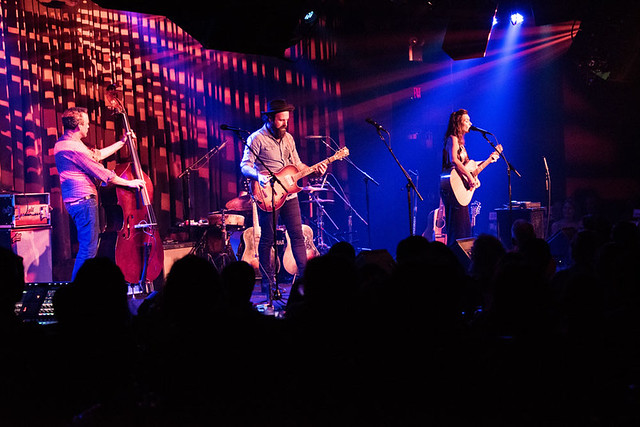 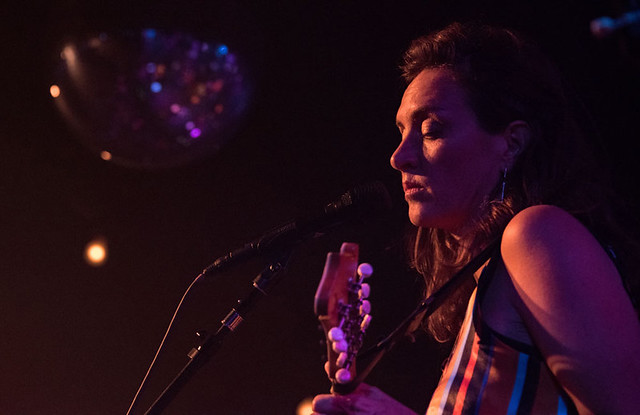 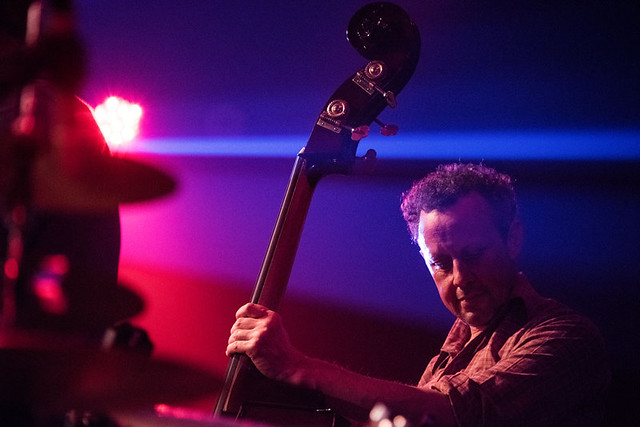 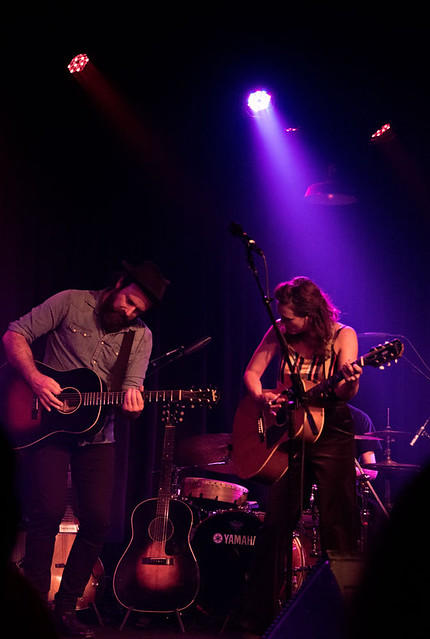 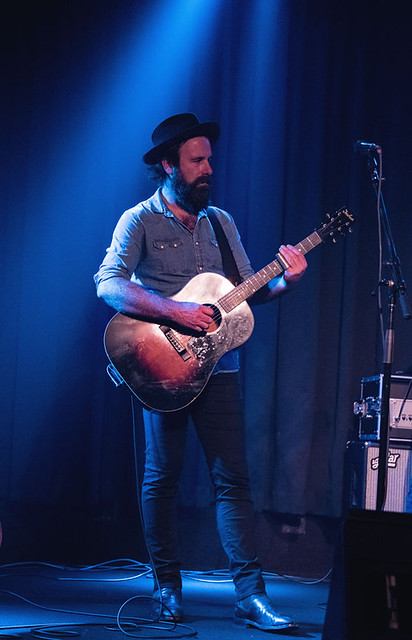 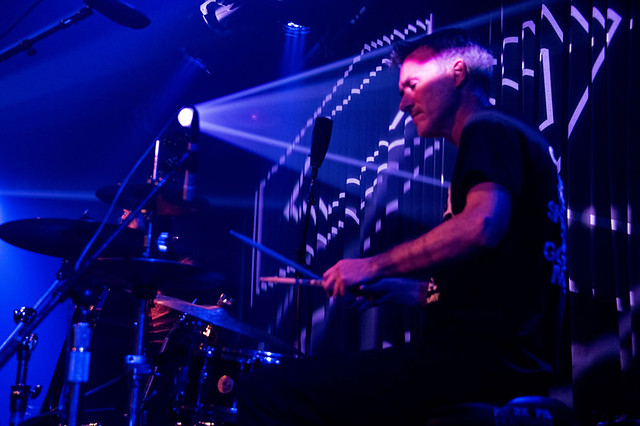 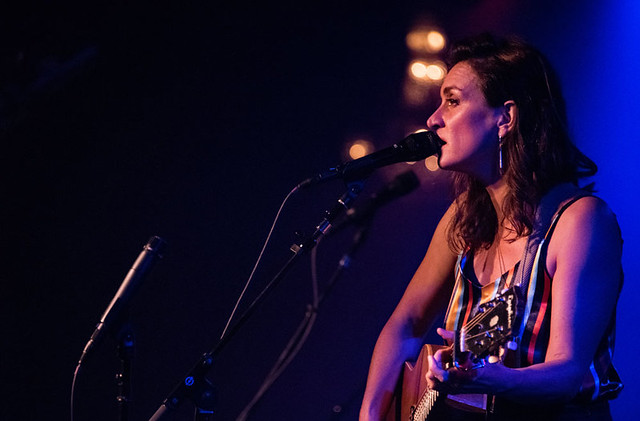