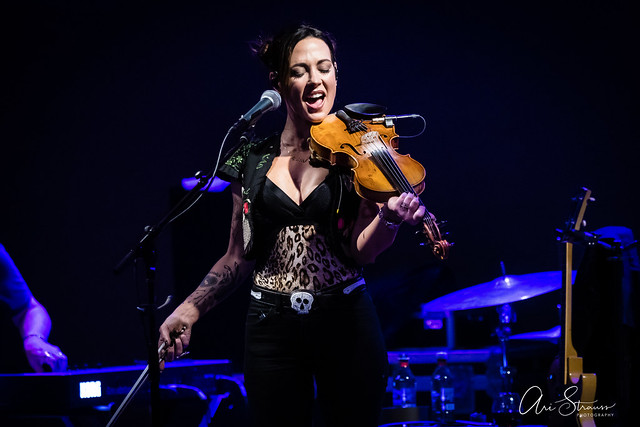 Amanda Shires performs at The Hamilton Live in DC on Aug. 17, 2019. (Photo by Ari Strauss)

A strong crowd turned out for Amanda Shires’s “music show,” as she put it, at The Hamilton recently. At the beginning of her set, the lights dimmed and Leonard Cohen’s “You Want It Darker” played as Amanda and her band took the stage. Amanda began with material from the critically acclaimed album she released last year, To the Sunset, slinging her electric guitar, appropriately enough, on “Break Out the Champagne.”

On Aug. 17, Amanda followed that with an older song, “When You’re Gone,” from 2016’s My Piece of Land. She thanked the audience for coming, saying “I know how hard it is to come out, get parking, and do stuff, and not stay home and watch Netflix and make out.” Picking up her fiddle, Amanda played another song from My Piece of Land, “My Love (The Storm),” in which she compares her emotions to a force of nature.

In the chorus of “Take on the Dark,” Amanda sang, “It’s okay to fall apart.” “Wasn’t I Paying Attention,” Amanda told the audience, was the “darkest song of the night.” She wrote it about a time her father’s best friend was going through something, and her dad didn’t know about it. The song describes struggles with addiction. Amanda said that she wrote the song to encourage people to talk to each other.

“Pale Fire” is the story of a road trip through Oklahoma on “St. John’s Eve,” while in “Leave It Alone,” Amanda sang of “snowfall on the plains.” “Parking Lot Piroutte,” one of the singles Amanda released last year, is about an encounter between two lovers.

Amanda told the audience that she loves hippies; Todd Snider, who officiated at her wedding to fellow musician Jason Isbell, is a hippy. Todd hazed Amanda by telling her that she either had to smoke a significant quantity of pot (and listen to Carol King’s Tapestry) or follow their tour bus in a separate car. Amanda said that she was gullible and believed that Todd really would kick her off the bus, so she gave in, promptly getting stoned and falling asleep.

Going deep into her catalog, Amanda played “Wasted and Rollin’,” which she released on 2013’s Down Fell The Doves. From that album, Amanda and her band also played “Devastate.” After “Wasted and Rollin’” Amanda brought it right back to her current material with the next couple songs, “White Feather” and “Swimmer.”

For the penultimate position in her set, Amanda chose “Like a Bird,” singing “careless, weightless, free.” She finished her set with “Eve’s Daughter,” and was quickly brought to the stage with a rousing ovation. She proceeded to tell the story behind “Bulletproof,” and satisfied the request from the audience for a story. Amanda had quipped that normally she only gets that request from her three-year-old daughter.

One night at a show, a hippy named Tiger Bill approached her and handed her a brown paper bag, which she assumed was pot. Instead, the bag contained “a real Siberian tiger claw, from a real Siberian tiger paw.” Tiger Bill told Amanda that the claw would make her bulletproof; it is unclear from the story if Tiger Bill explained how this was supposed to work.

Amanda and her band played “Harmless” for good measure, sending the audience home happy. Amanda has a recording coming out with the Highwomen, a supergroup consisting of herself, Brandi Carlile, Maren Morris, and Natalie Hemby. They’ve already released a couple singles, and the songs so far are great; look for their album next month!

Here are some pictures of Amanda Shires and her band performing at The Hamilton Live on Aug. 17, 2019. All photos copyright and courtesy of Ari Strauss. 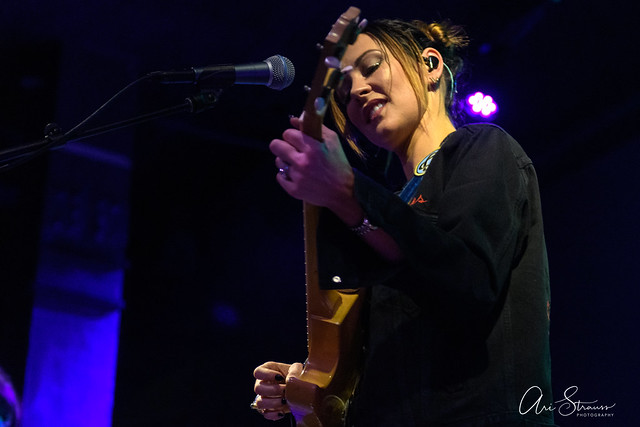 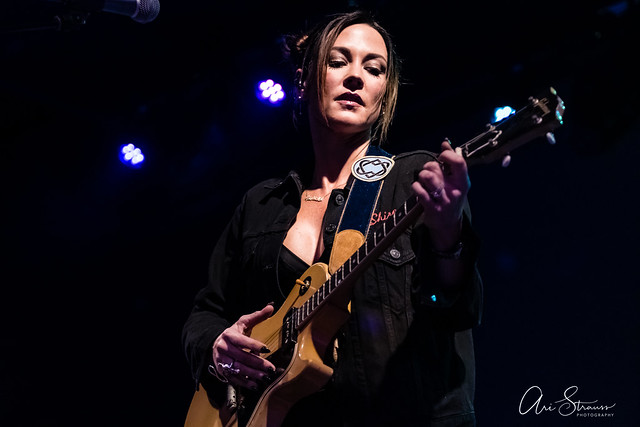 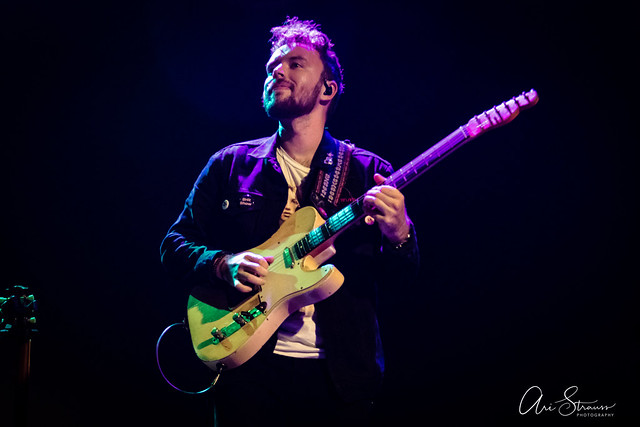 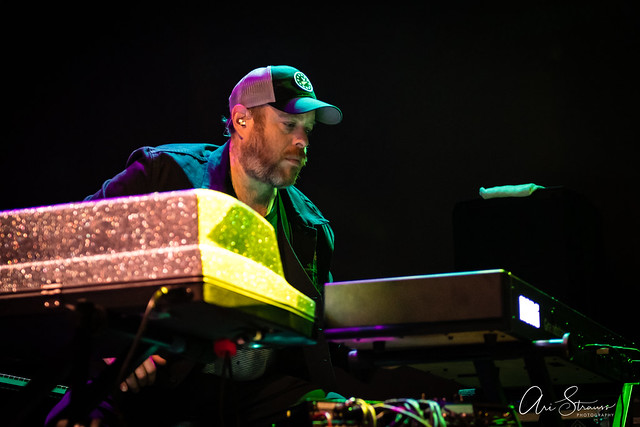 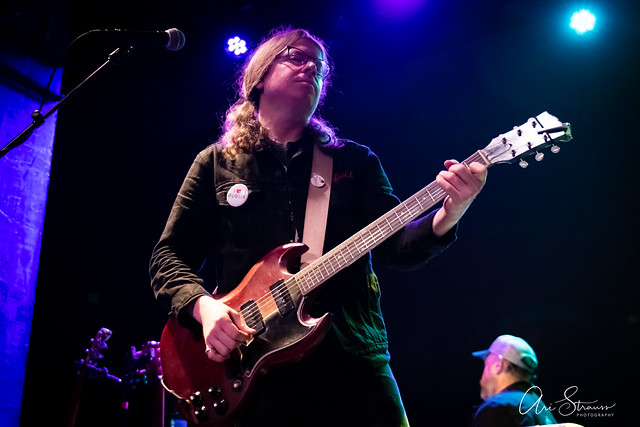 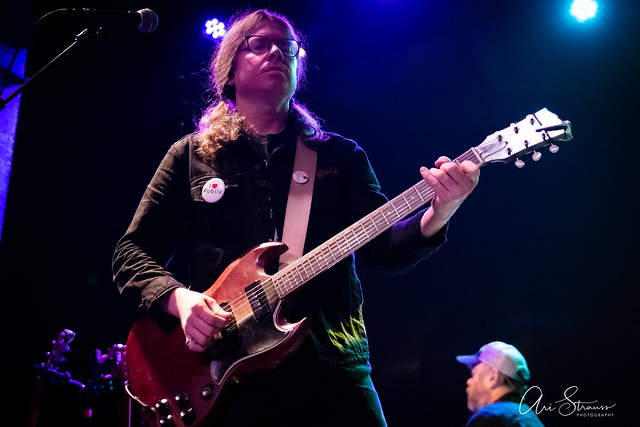 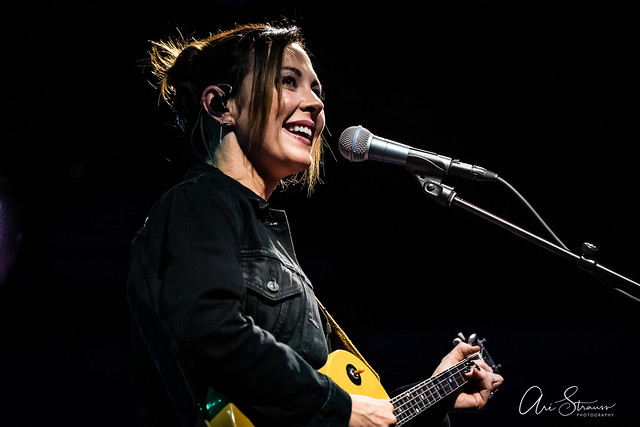 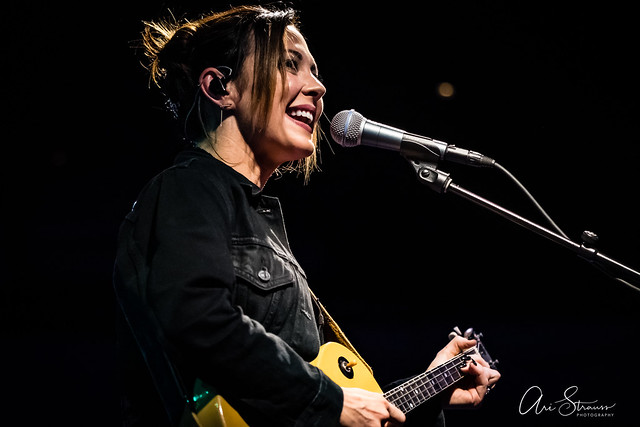 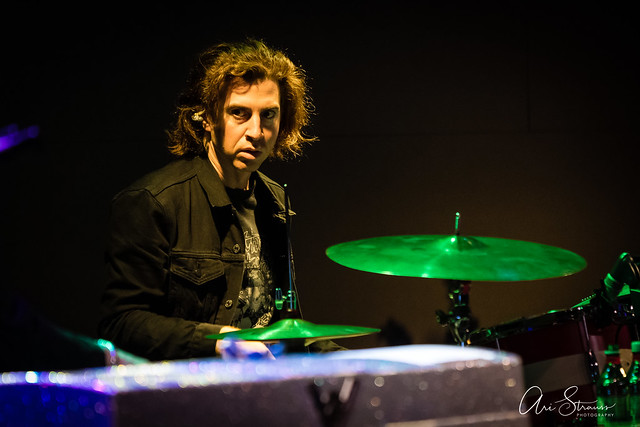 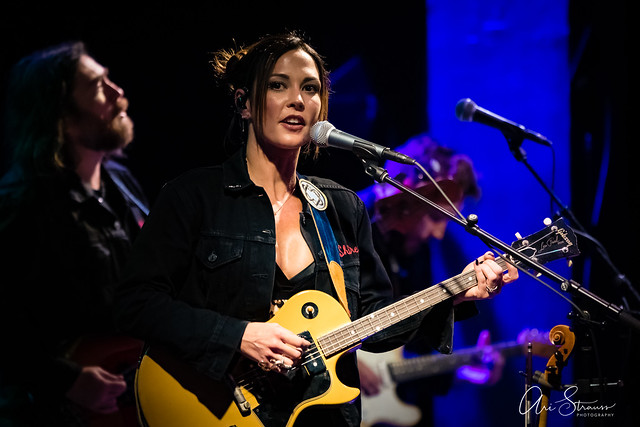 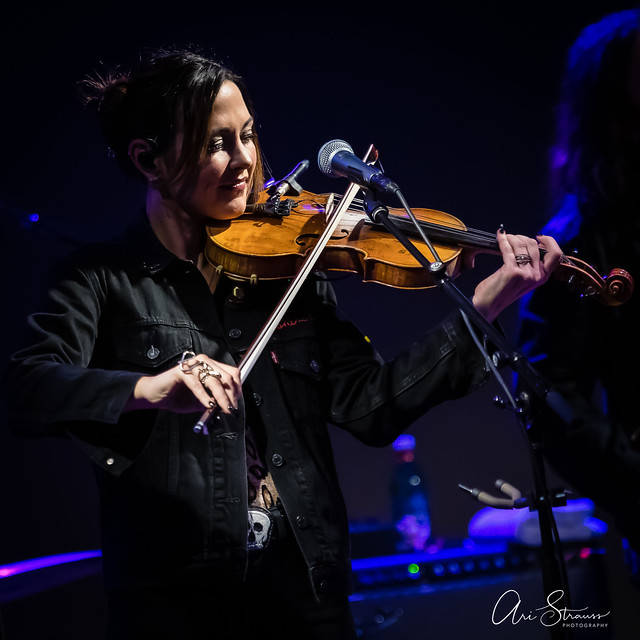 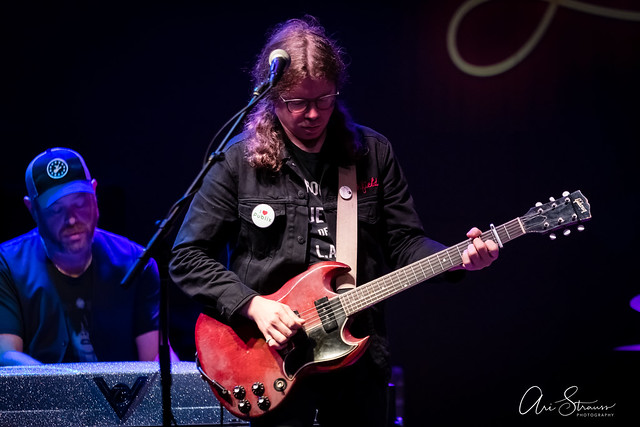 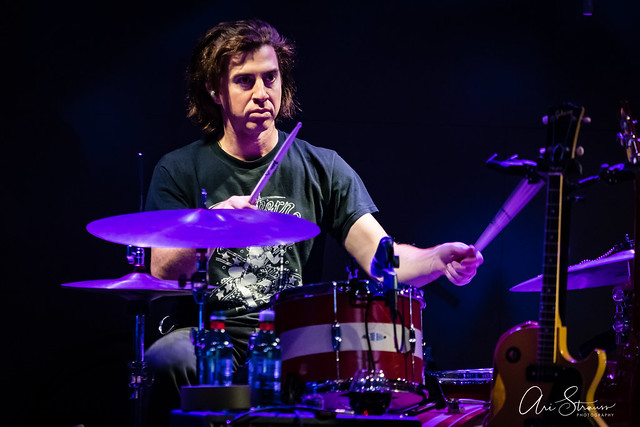 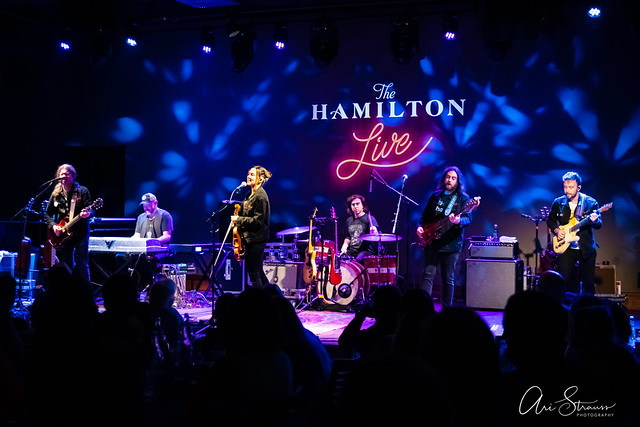 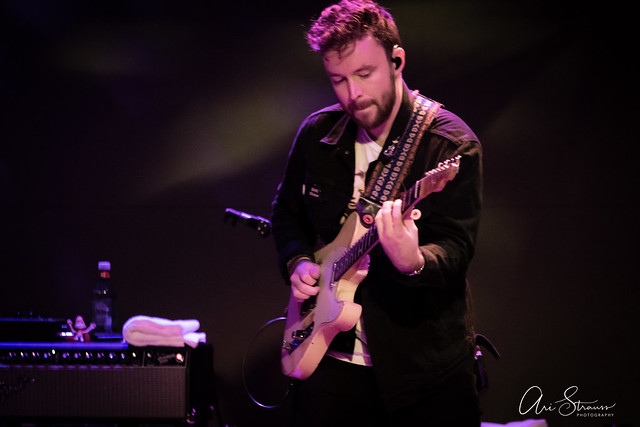 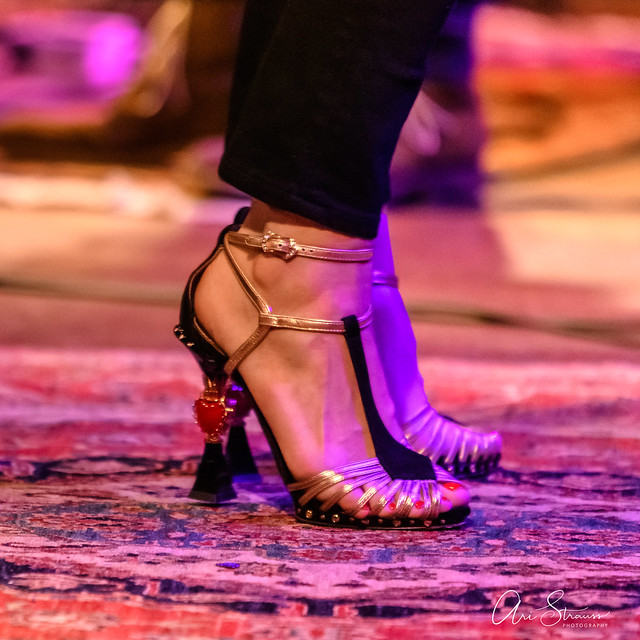 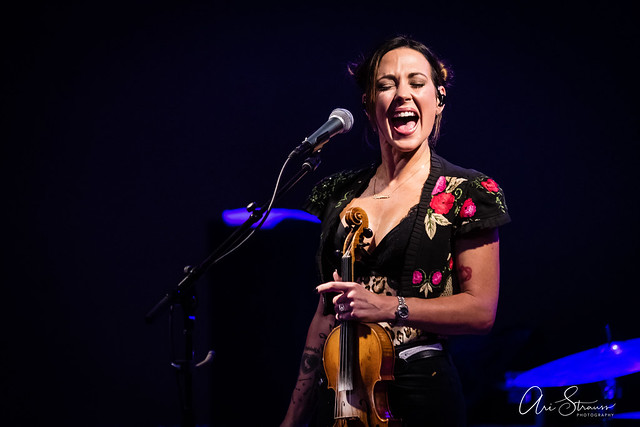 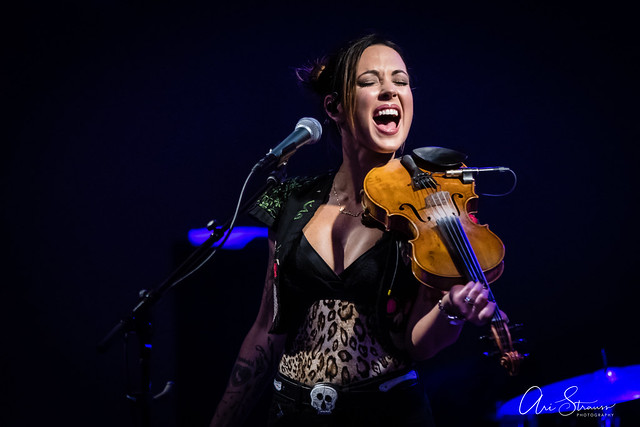 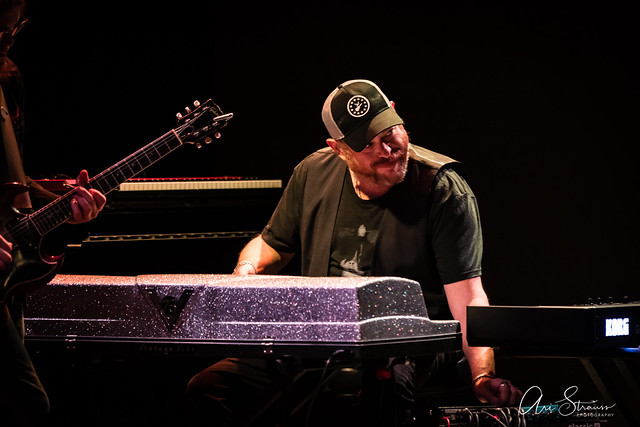 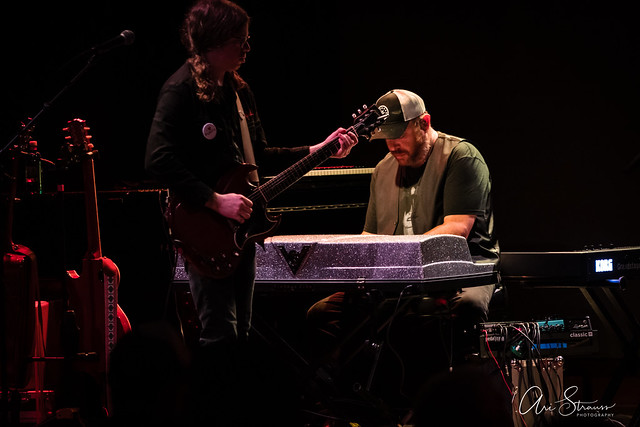 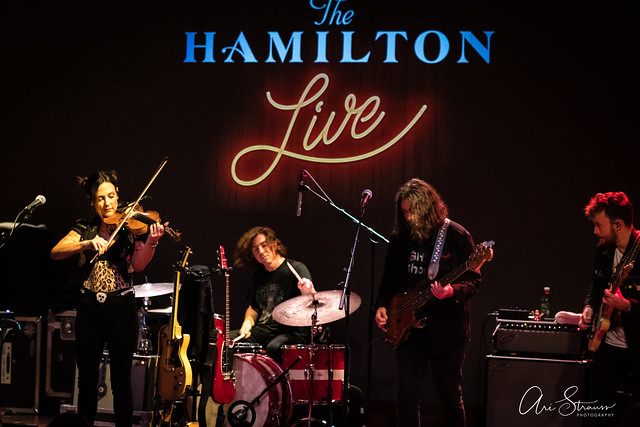