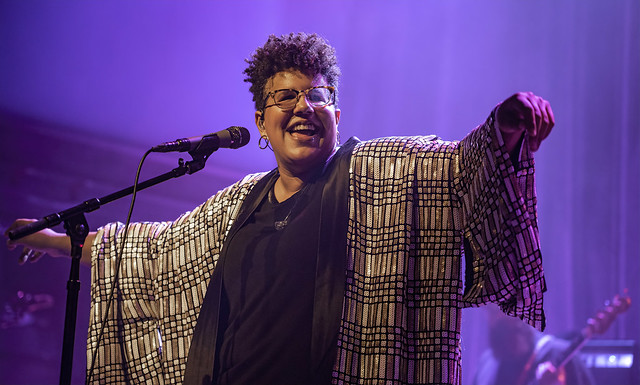 Brittany Howard, lead singer of the Alabama Shakes, absolutely tore down the house in a solo appearance at the 9:30 Club on Friday evening. Following an excellent opening set by the all-female rock band Thelma and the Sleaze, Brittany took to the stage to a deafening chorus of cheers.

On Aug. 23, Brittany opened with “He Loves Me,” a single she’s released in advance of her upcoming record, Jaime. The song addresses her personal relationship with God. “I know he still loves me when I’m smokin’ blunts/Loves me when I’m drinkin’ too much,” she sang.

After that opening number, she asked the audience, “I know you don’t know these songs, but are you willing to go on an experimental journey?” The crowd responded with cheering and applause, and the sold-out crowd on the first of her back-to-back D.C. appearances was lively all night. I don’t think I’ve ever heard the 9:30 Club quite as loud as it was Friday night. When she left the stage before her encore, the crowd chanted “Thank you, Brittany.”

Stream “He Loves Me” by Brittany Howard on Spotify:

Brittany performed with tremendous energy. She was a blur of motion, using her body to add to the communicative power of her beautiful, expressive voice. And damn, what a voice does Brittany have! The woman has tremendous range. She can drop her vocals way down, and she can hit high notes, too, all way the same gorgeous quality. Brittany also has superb technique and control, absolutely belting at times, while getting close to the mic and crooning at others. She may well be the best vocalist in music today.

Her set included the other singles Brittany’s released in advance of her album. “Stay High” sounded just as impressive as it does recorded. She saved “History Repeats” for her encore. Someone behind me remarked that Brittany finished her set (on “13th Century”) after just an hour of music, but she still had four more songs and more than 20 minutes of music in her encore: “Bring Your Love to Me,” “Revolution,” “History Repeats,” and “Run to Me.”

Unlike many world-class vocalists, Brittany played guitar, too. While she just sang on several numbers, she rocked out on the electric guitar on many others. She even gave the band a break about halfway through her, playing a solo acoustic number. The crowd showed its respect when she did that, getting stone quiet.

Brittany’s musical style combines rock ’n’ roll with the Muscle Shoals R&B of her native Alabama. She called out to the late Prince, introducing “Tomorrow” as his favorite song. There were traces of gospel, too, in the organ accompaniment, and when she clapped her hands to the beat, getting the audience to join her.

The band did a fantastic job, too. The guitars, bass, keys, organ, and drums combined to make a joyful noise. On the second song of the evening, “Georgia,” her organist took it away, playing a ripping solo. The 9:30 Club felt a little more sanctified by the end of that tune.

Eschewing the more familiar territory of Alabama Shakes songs, Brittany still had the audience eating out of her hand. One gets the impression that this amazing lady could sing damn near anything and get a crowd worked up. If you’re think of seeing Brittany, don’t hesitate: Pull the trigger on those tickets now! You’ll be in for a hell of a show; Friday night was easily one of the best I’ve performances I’ve seen this year. Thank you, Brittany!

Here are some photos of Brittany Howard performing at 9:30 Club on Aug. 23, 2019. All pictures copyright and courtesy of David LaMason. 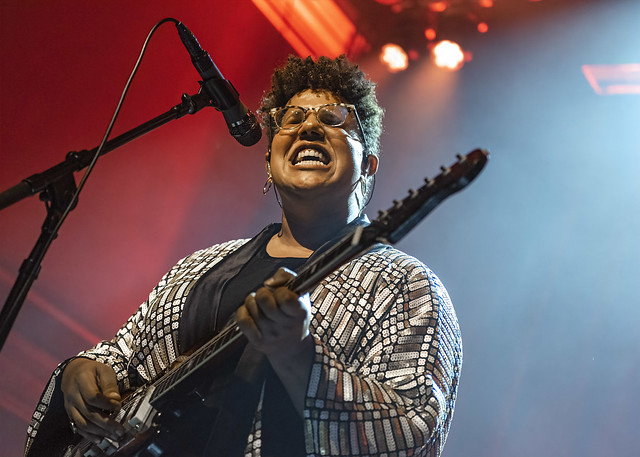 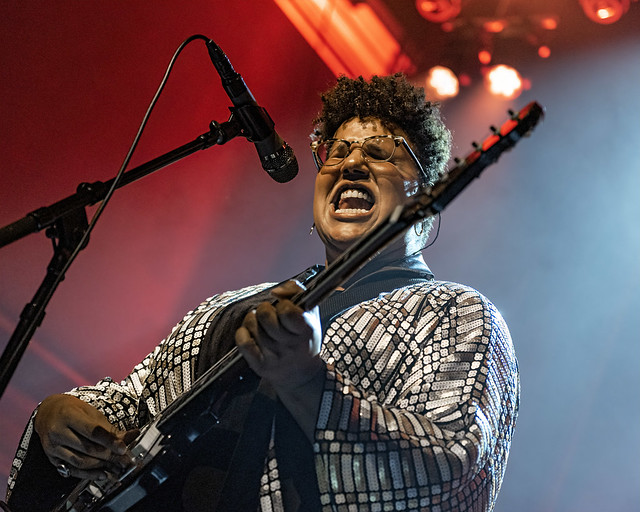 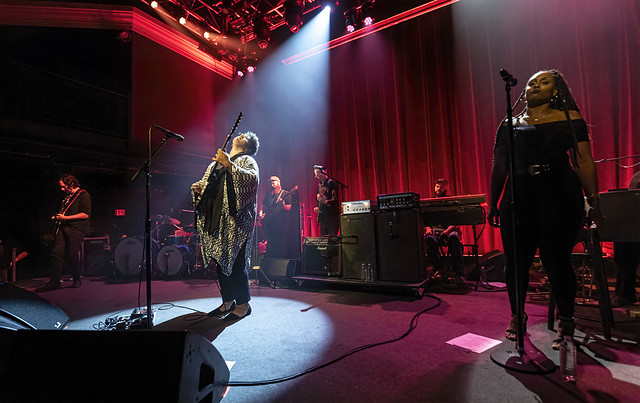 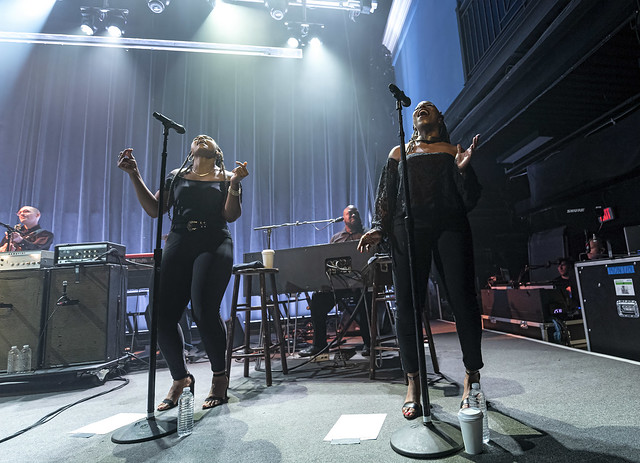 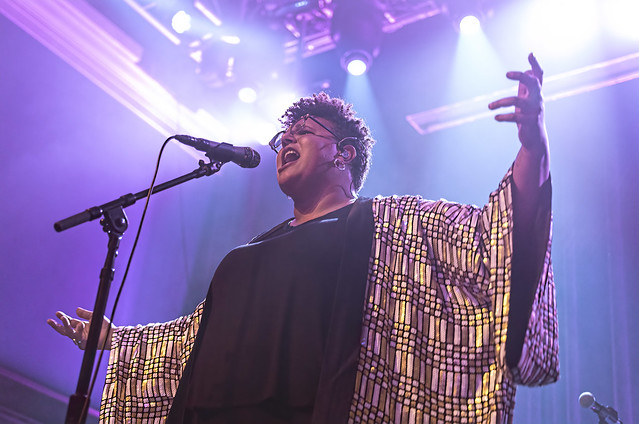 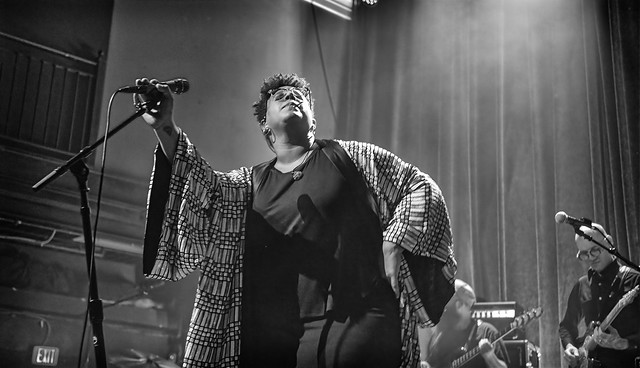 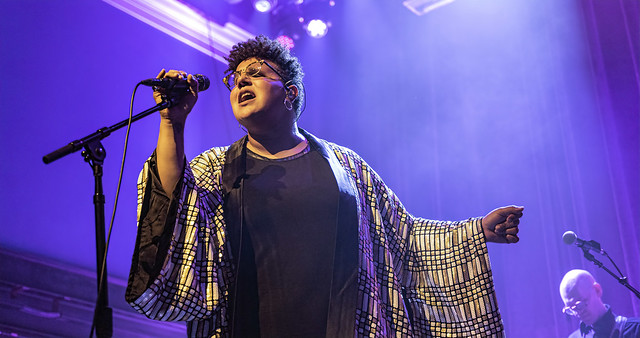 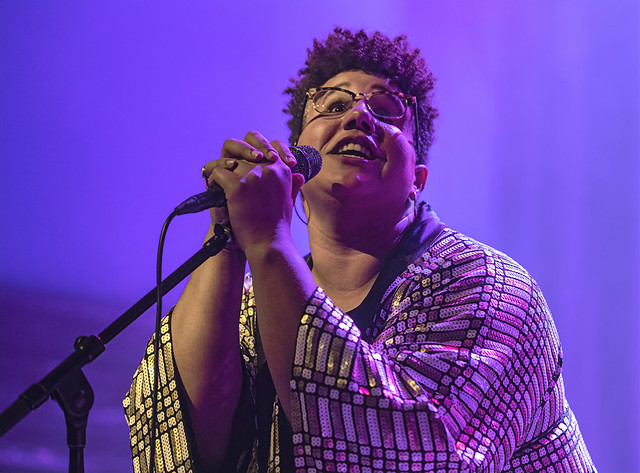 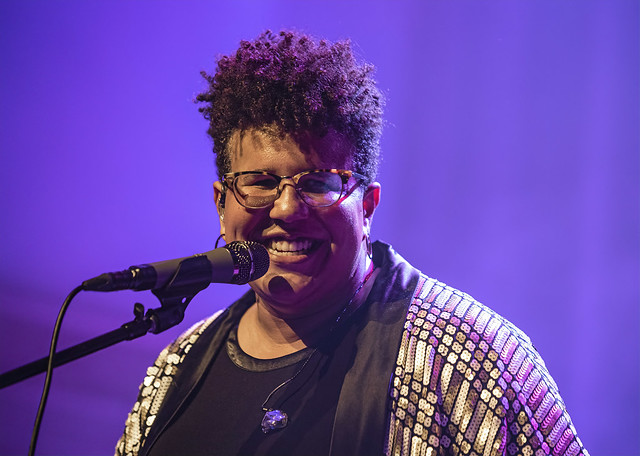 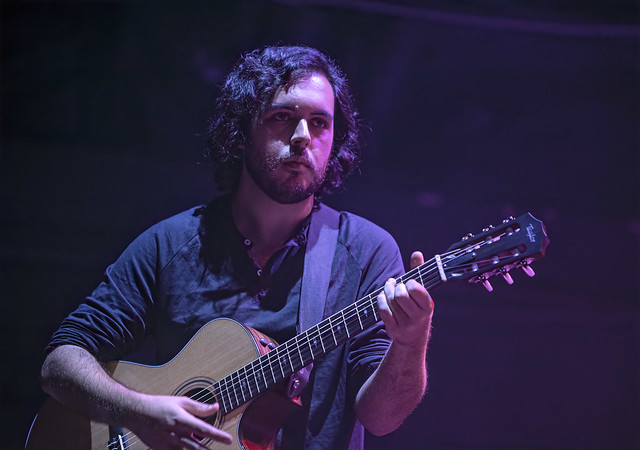 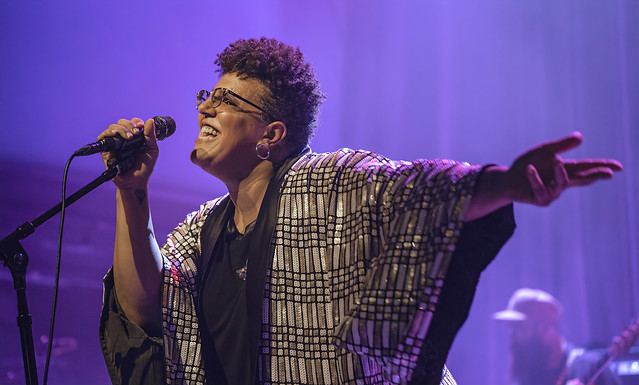 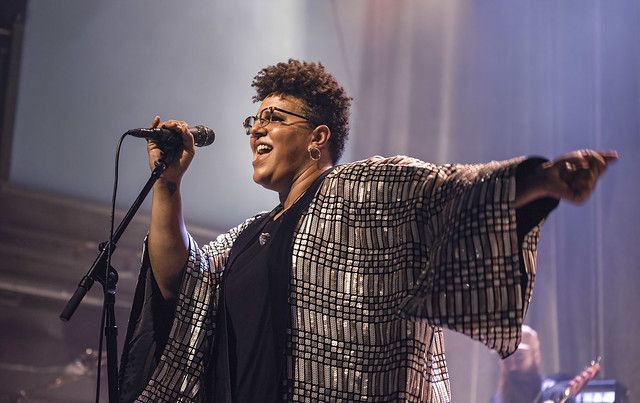 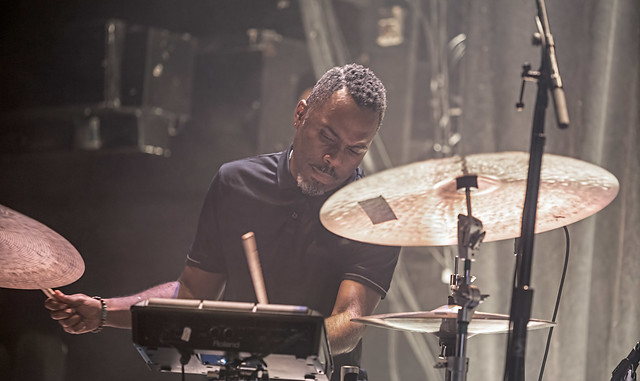 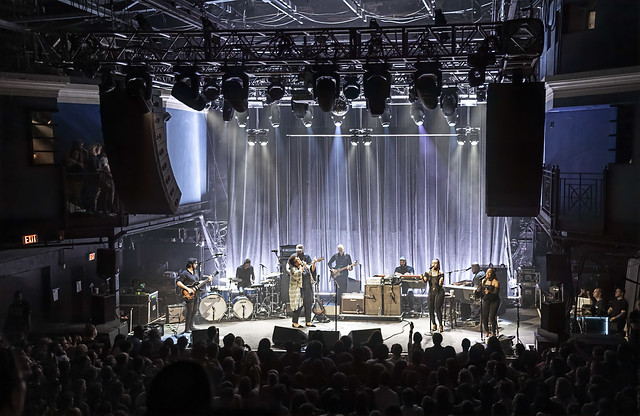 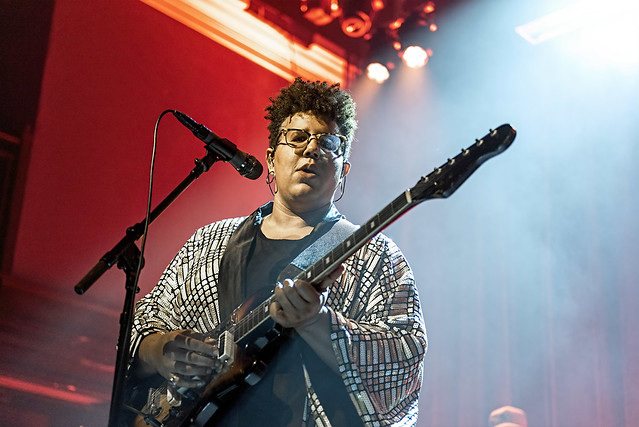 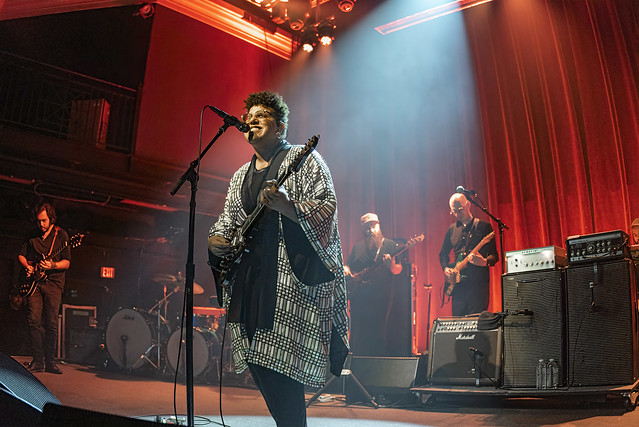 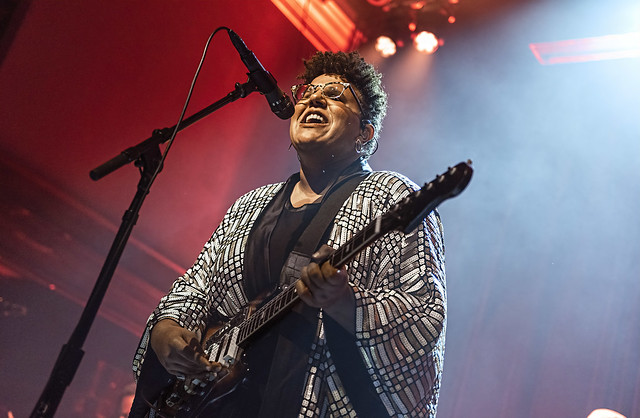 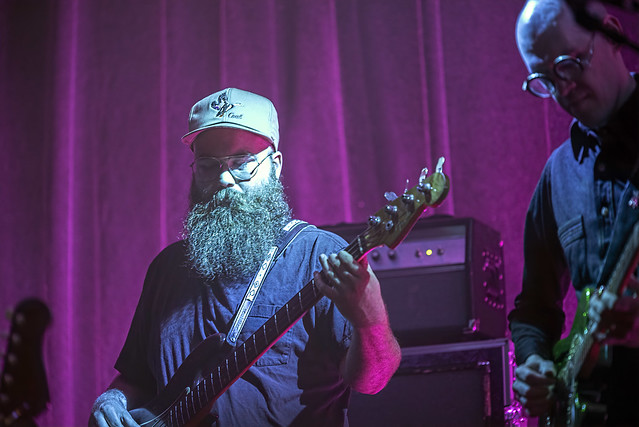 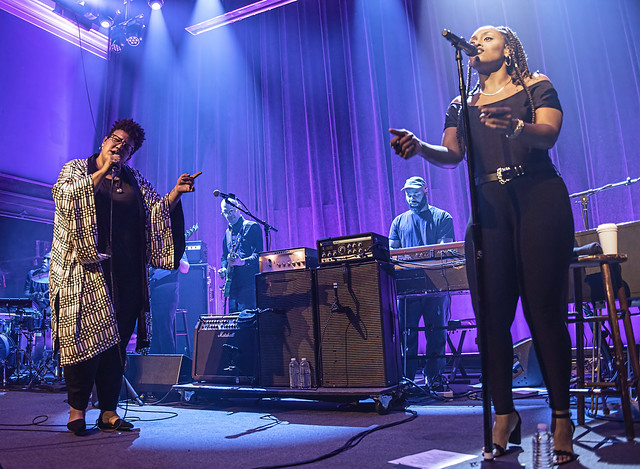 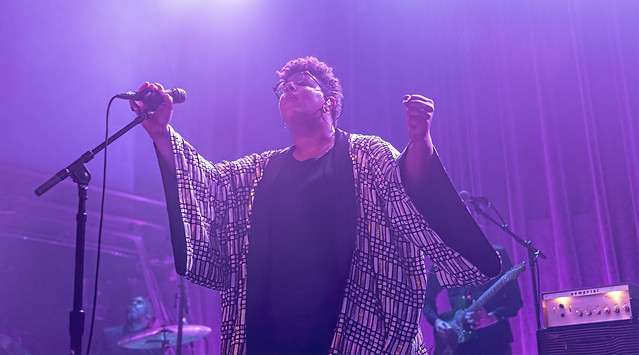 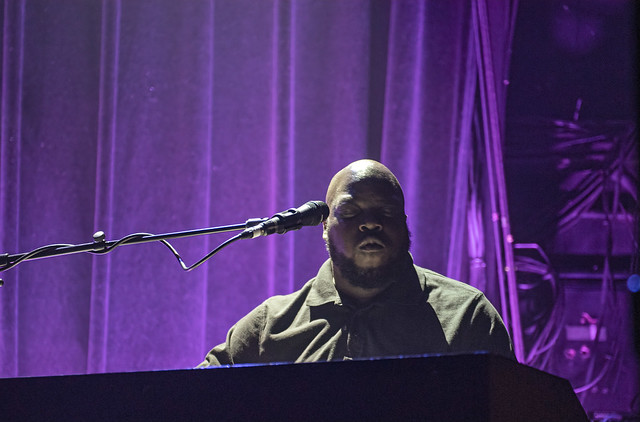 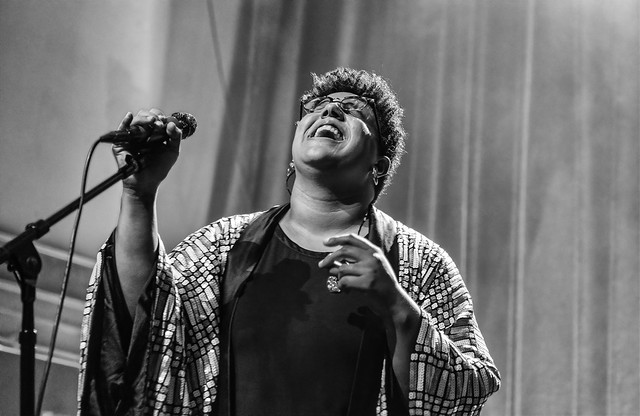 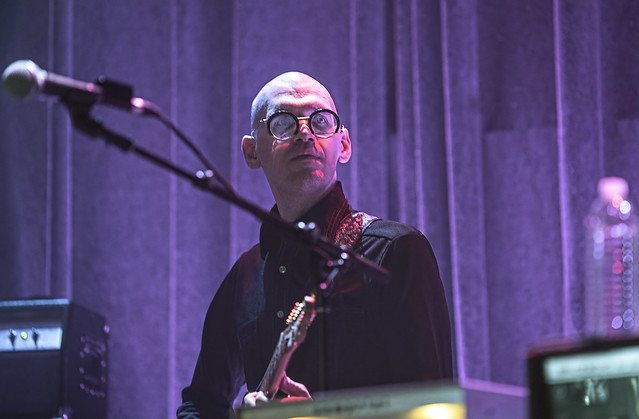 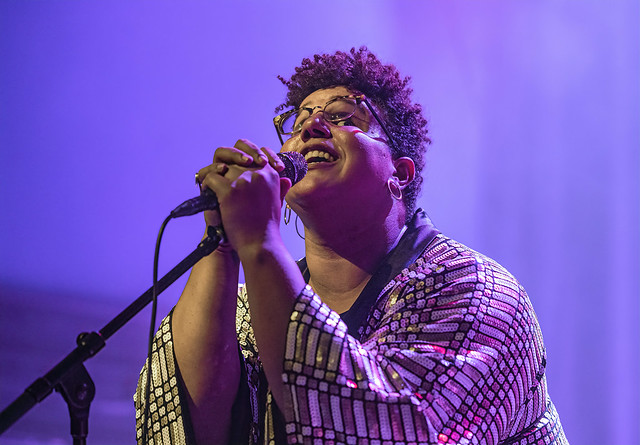 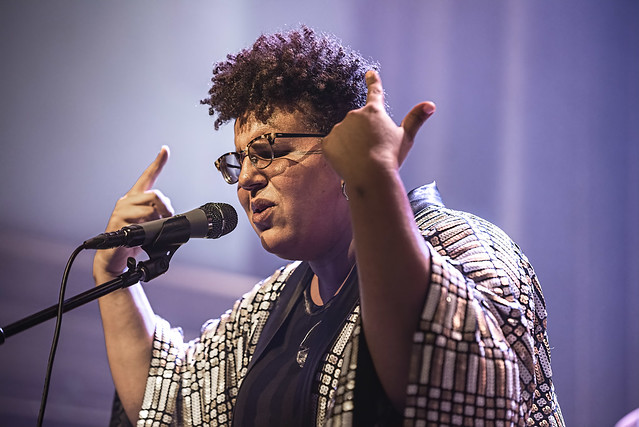