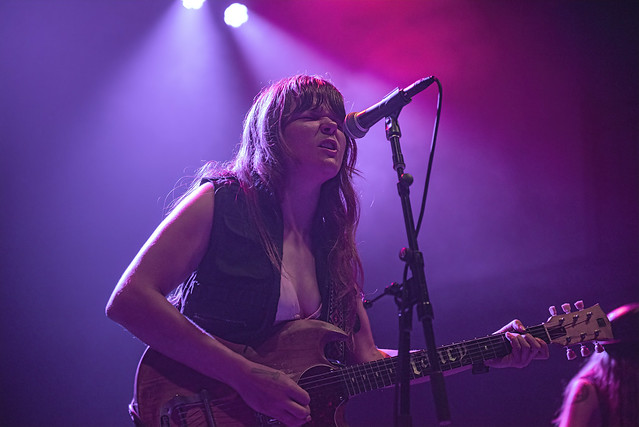 Nashville all-female rock band Thelma and the Sleaze got some well-deserved exposure recently, opening for Brittany Howard at the 9:30 Club for two nights. By turns, they were hilarious, crude, and brash. Led by their charismatic frontwoman LG, the band also includes Whiskers (guitar), Queenie (bass), Cootchie (keys), and Snowflake (drums). Together, they entertained the sold-out house and laid down some heavy jams.

On Aug. 23, the ladies opened with a song that, I think, is called “Maria.” They played another song, and then their LG introduced “Fuck, Marry, Kill,” the title track of their album, which featured some hot rockabilly piano work. “This is one you can you dance to,” she said, adding, “We like it when you dance.” She also praised DC’s WNBA team, the Mystics, as the best in the league.

Stream Fuck, Marry, Kill by Thelma and the Sleaze on Spotify:

The next song, LG said, is “about when you’re born poor and stay poor,” because every time you get money, you “buy a boat the needs work,” instead of investing in a 401(k). Whiskers brought it home with a solo, and then LG introduced the next song, “1,000 Kisses.” This one, she said, is about, “When you’re dating someone and they give you 1,000 kisses but never eat ass.” She enthusiastically shouted, “Fuck yeah! Hell yeah!”

After “1000 Kisses,” LG told the audience, “I’ve been on the ‘Alabama diet’ for two weeks. Only eating Cliff bars. I feel great.” As a lead-in to their next song, the band played the beginning of “Just What I Needed,” by the Cars. The audience song along on the line “wastin’ all my time.”

Wrapping up that number, LG said, “It’s not often I’m within shouting distance of someone I hate,” referring to President Trump. She got the crowd involved, telling them to shout “Trump!” after she yelled “Fuck!” A couple songs later, the band played one about the president, following a Celine Dion cover.

Before the last couple of songs, LG related a story from their tour with Brittany Howard. One night, Brittany came off the stage, and she wanted it louder before she went onstage for her encore. Brittany sent LG out to get the crowd riled up. Forced to improvise, she flashed her breasts to the crowd, which did the trick. As she came to the back, Brittany asked her if she had, indeed, flashed the crowd. The singer admitted that this was not the only time she has flashed.

The band finished their set with a song “about a pregnant woman from Chattanooga.” When they finished and left the stage, they received enthusiastic cheers and applause from the capacity crowd.

With or without Britanny Howard, I highly recommend to you the entertaining Thelma and the Sleaze. Here are some pictures of the band playing 9:30 Club on Aug. 23, 2019. All photos copyright and courtesy of David LaMason. 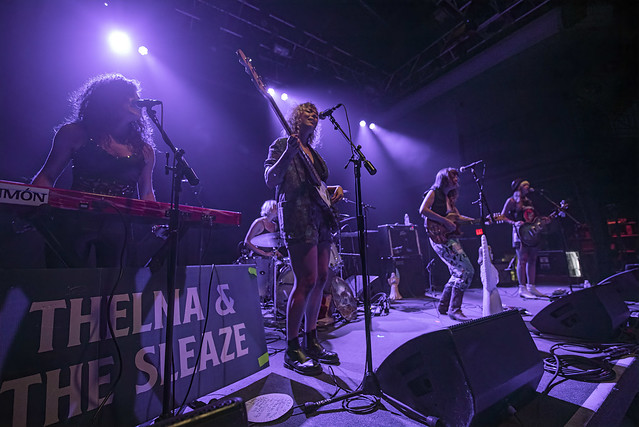 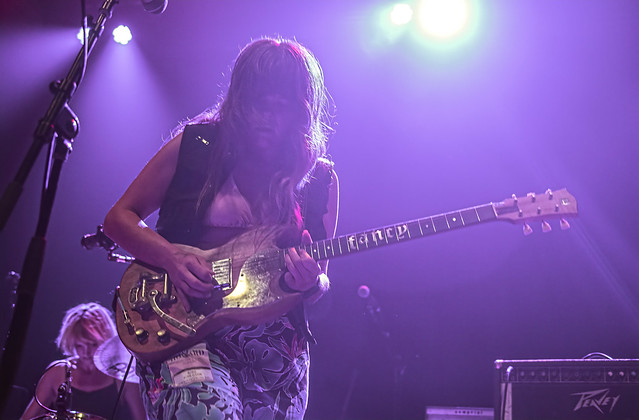 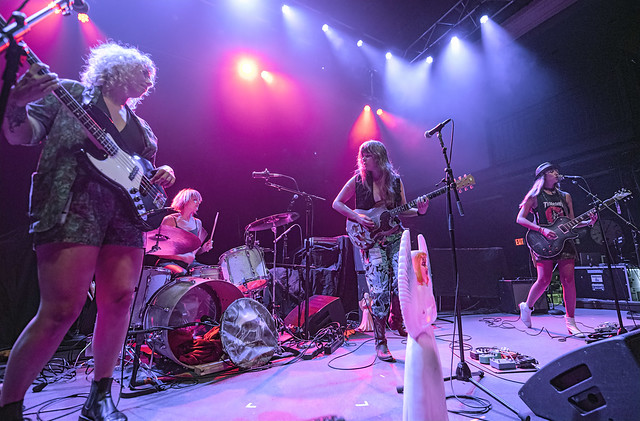 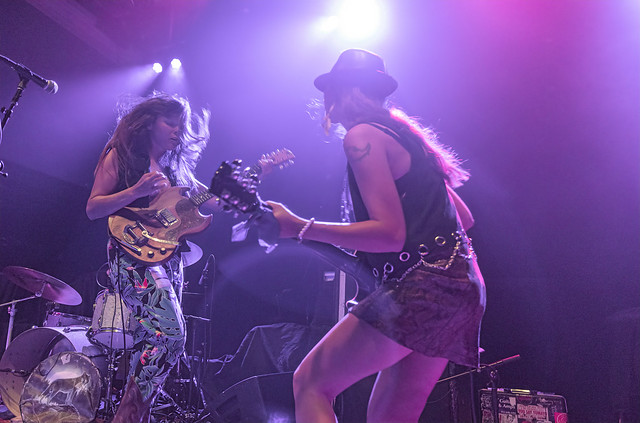 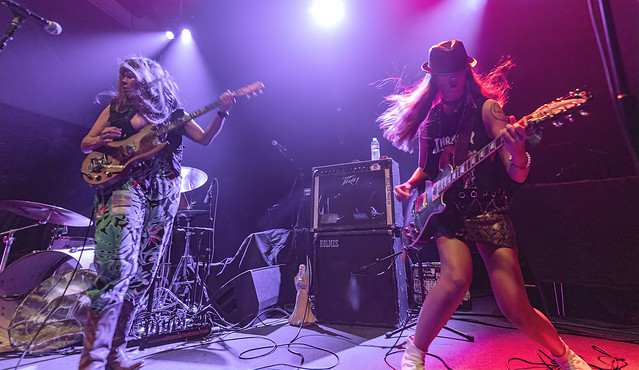 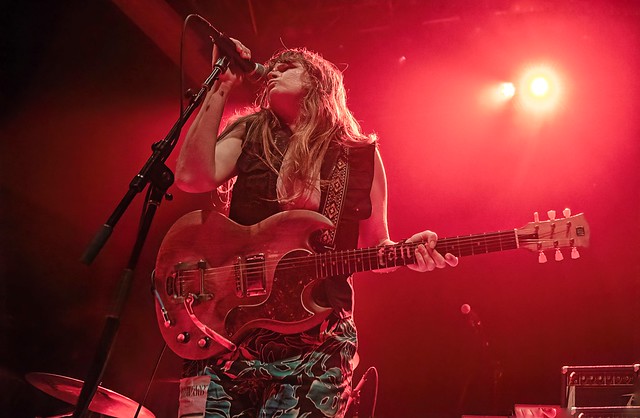 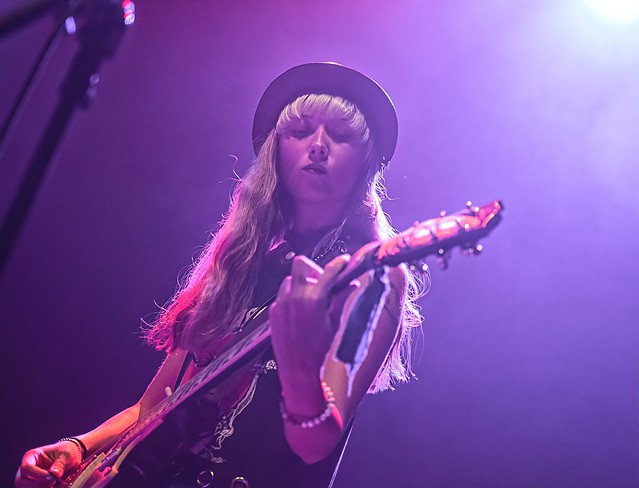 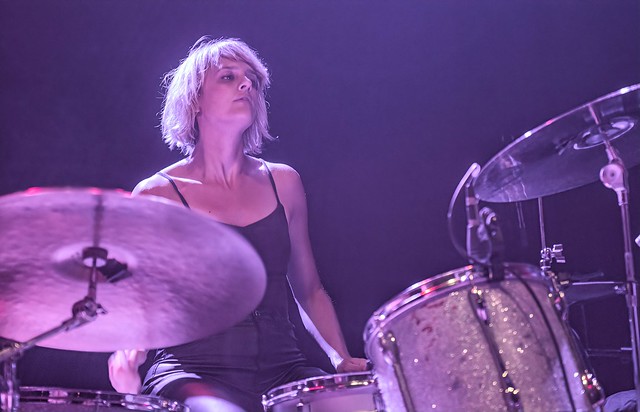 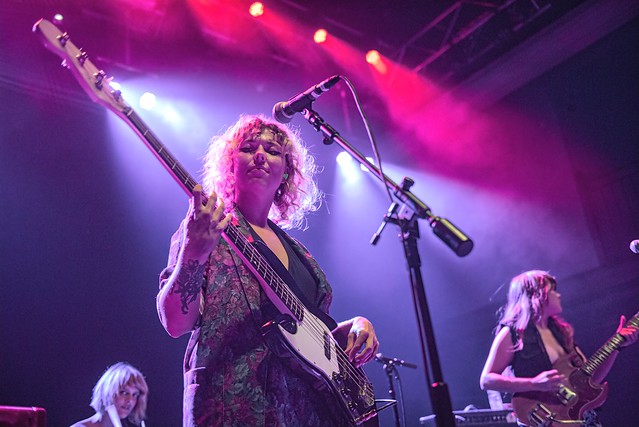 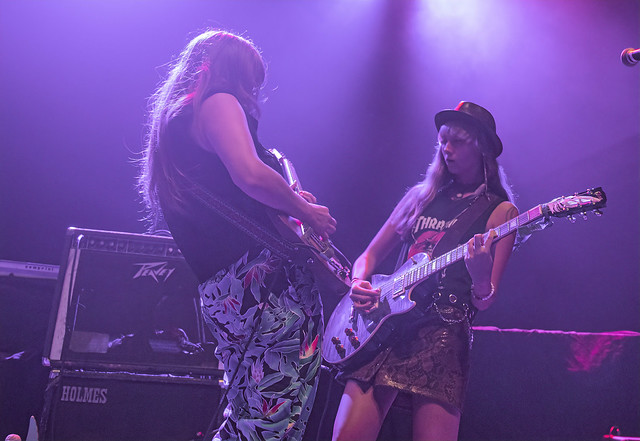 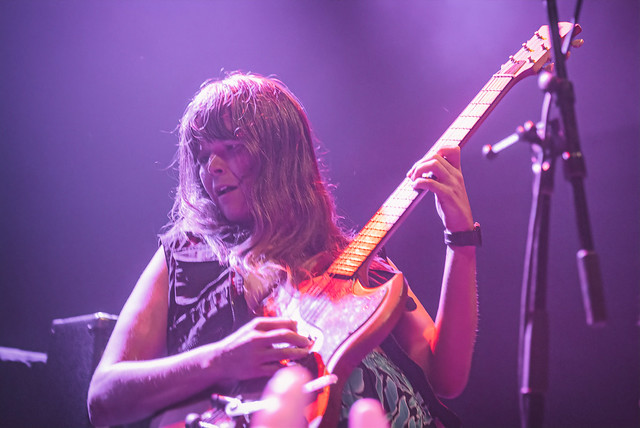 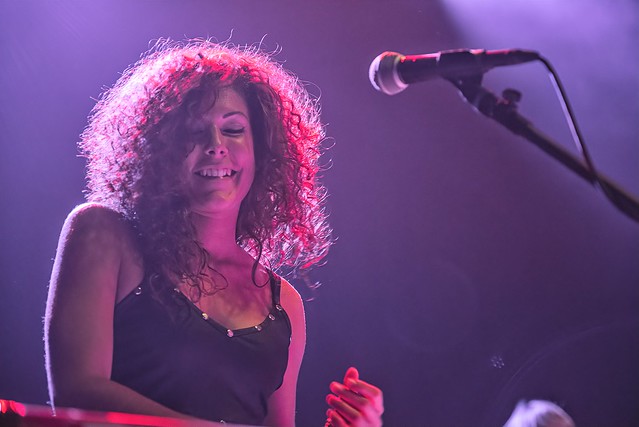 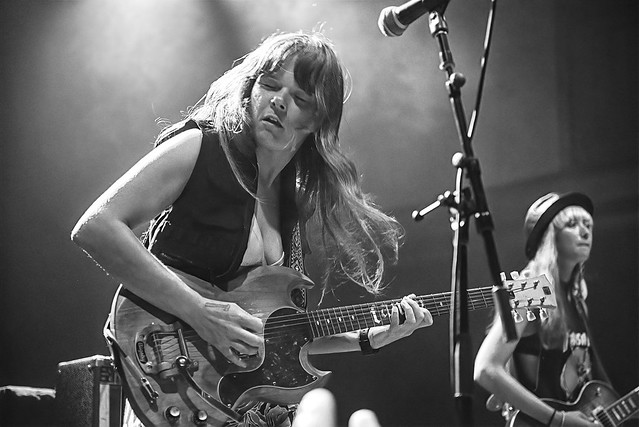