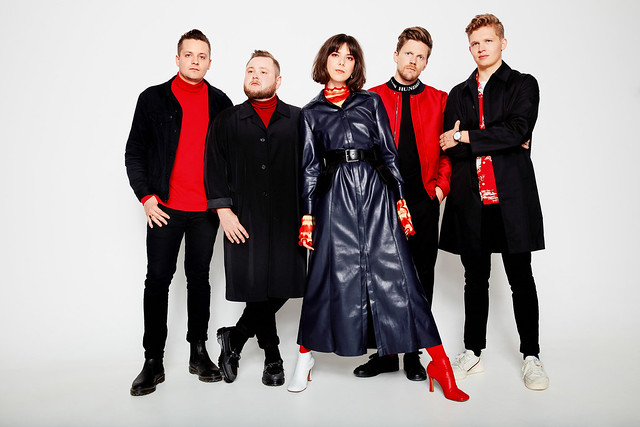 Of Monsters and Men (Photo courtesy The Anthem)

Of Monsters and Men preceded the record’s arrival with a pair of rising singles. Not only did “Alligator” recently cross the 6 million thresholds on Spotify, but it also made history by completing “their quickest climb to #1 on the Adult Alternative Songs Airplay Chart,” as reported by Billboard. Not only has the song held the #1 spot for two weeks and counting but has vaulted to Top 5 at Alternative radio. Recently, Q Magazine praised it as saying, “Fever Dream is a dizzying rush of exuberance and emotion… their transformation into an arena-ready pop beast is complete.”

Watch the official music video for “Alligator” by Of Monsters and Men on YouTube:

In a review for AllMusic, Neil Z. Yeung says of Monsters and Men have undergone “a reinvigorating change of pace that gives the band a shimmering synthpop makeover.”

“Since each track is so distinctive, the album is compulsively listenable, offering something new to discover around every corner. With Fever Dream, Of Monsters and Men took a chance and rediscovered their creativity, embarking in a colorful and bold direction without sacrificing their heart and soul in the process,” Neil wrote.