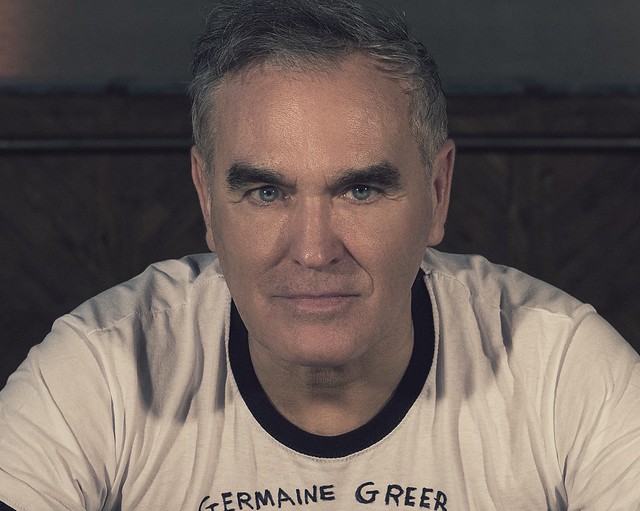 Earlier this year, Morrissey dropped California Son, his latest studio album and a collection of cover songs drawn from the artist’s favorites from the ’60s and ’70s. Around the same time, Morrissey drew critical acclaim for a sold-out run of shows on Broadway. Now, he’s touring in support of the new album, and he opens the tour with support from post-punk rockers Interpol at Merriweather Post Pavilion on Thursday, Sept. 5.

As the iconic former frontman of The Smiths, Morrissey has long been a center of attention. His 12th studio album nods to songs that have long inspired him while also serving as a love letter to California, where he long maintained a home in Los Angeles. So we might expect to hear these covers of songs by Jobraith, Roy Orbison, and Joni Mitchell, among others, alongside perhaps “Every Day Is Like Sunday” and “Irish Blood, English Heart” from his solo career and “How Soon Is Now” and “William, It Was Really Nothing” from his days in The Smiths.

California Son entered Billboard’s Vinyl Album Chart at #1 in May. “Committing to kitschy ’60s bliss as much as that era’s real or imagined war zones allows Morrissey and “California Son” a chance to find a (literal) voice in a way he hasn’t in ages,” said Variety at the time.

Watch a short documentary video on the Making of California Son by Morrissey on YouTube:

Morrissey’s “Smash Hit” Broadway residency kicked off his 2019 campaign earlier this summer with a series of seven shows at Manhattan’s Lunt-Fontanne Theatre. Critics worldwide raved about the run, which saw Moz draw material from throughout his remarkable repertoire of hits ranging from his storied early days with The Smiths to his acclaimed solo releases. Jon Pareles of The New York Times described his opening night performance as “impeccably sung” and “as intimate as his songs themselves.”