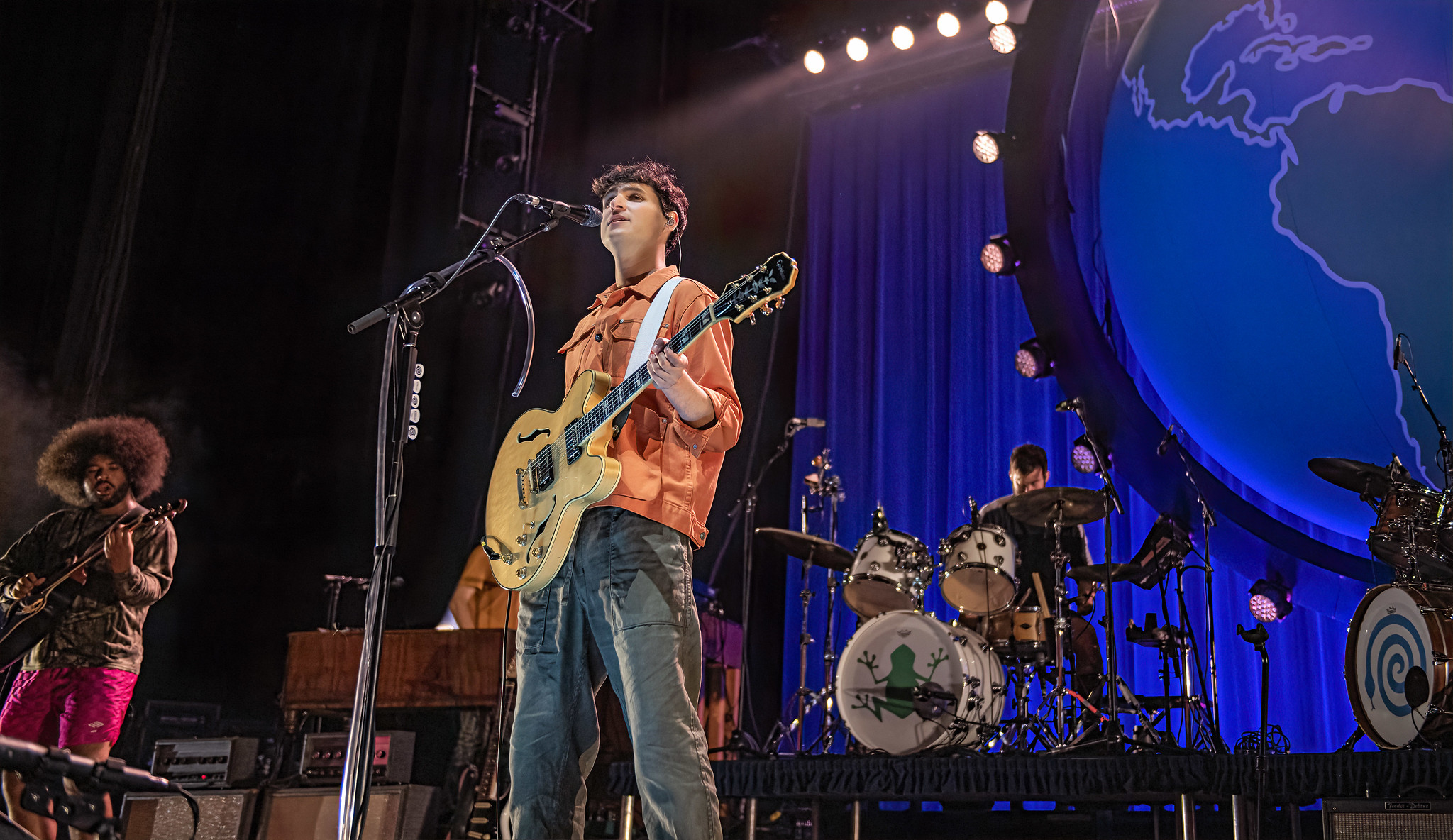 Songs are a funny thing. Some songs you hear and then forget but then you strangely remember them, like in a dream, when you find yourself in situations or places where you may have caught that one riff or that line that reminds you of a place or a person you thought you had forgotten completely. Other songs end up becoming sort of like the soundtrack to your life. I’d have to say that Vampire Weekend over the last 10 years has ended up (willingly or not) creating much of that soundtrack for me.

After their last album, Modern Day Vampires of the City, I honestly didn’t think there would be another Vampire Weekend record. Rostam Batmanglij (multi-instrumentalist and a big part of their sound) had left after the last tour and most recently was either working with collaborators like Hamilton Leithauser or was readying his own solo album. Ezra Koenig had been keeping himself busy working with, among others, Beyonce (for which he was nominated for a Grammy), and both Chris Baio (bass) and Chris Tomson (drums) released their own solo work in that time.

So, I was more than pleasantly surprised when Vampire Weekend not only announced new shows but announced last year that they were working on their fourth album, which became this year’s Father of the Bride.

Stream Father of the Bride by Vampire Weekend on Spotify:

It’s not a stretch to imagine songs like “Hold You Now” and “Married in a Gold Rush” being sung by Gram Parsons and Emmylou Harris. And tunes like “Stranger” take that oft cited Paul Simon phrasing and add rich harmonies, adding to rather than subtracting from the already strong song writing. But the true test is how these new songs line up live.

Vampire Weekend has been touring this past year for the new album and on Thursday, Koenig, Baio, and Tomson along with new members Brian Robert Jones on guitar, Greta Morgan on vocals/guitar/keys, Garrett Ray on additional percussion, and Will Canzoneri on keyboards stopped at Merriweather Post Pavilion on Aug. 29 to a huge crowd.

As the band took the stage in front of a huge rotating blue and green globe, it was clear this band was here to have fun. As Koenig took center stage, Jones and Baio both rocked out, playing to the audience — a kind of duel of sorts to see who could get the most reaction as the band started off the set with “Sunflower” from the new album.

The lighting was brilliant (in more ways than one) accenting each song as the band touched on bits of most in their catalog.

And through the smoke and strobes the band put on an amazing performance. Playing crowd favorites like “Cape Cod Kwassa Kwassa,” “Horchata,” “Oxford Comma,” and “A-Punk” there were some surprises too as the band played the SBTRKT song (and collaboration with Ezra) “New Dorp, New York” and a cool cover of the Doors’ “Peace Frog,” after Ezra announced that the band had done some research and found that back in 1968 The Doors had performed at Merriweather. As a tribute the band performed the old Doors tune but made it their own with their own style.

Highlights also included Ezra and Greta splitting vocals on “Hold You Now,” and the beautiful “Jerusalem, New York, Berlin” before the encore which ended in another favorite, “Ya Hey.”

Here are some photos of Vampire Weekend performing at Merriweather Post Pavilion on August 29, 2019. All photos copyright and courtesy David LaMason.