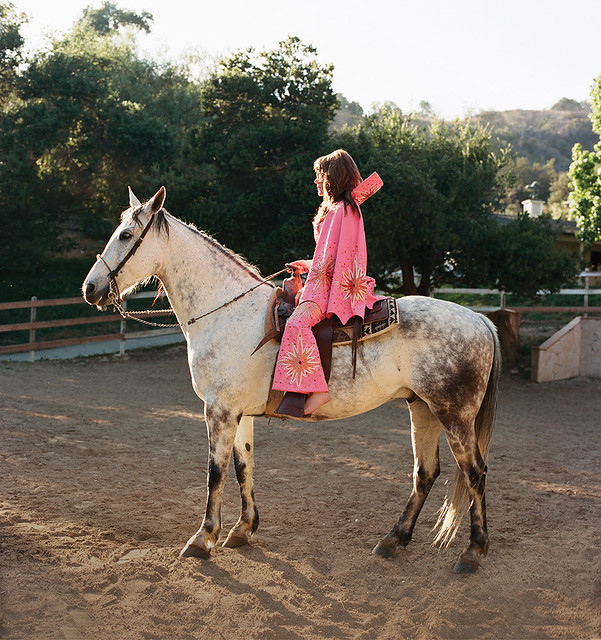 Jenny Lewis released On the Line, her latest studio album, in March via Warner Records. She now performs at The Anthem on Thursday, Sept. 5!

Following the rapturous reaction to the release of On the Line, Jenny recently unveiled the star-studded video for “Red Bull & Hennessy.” Directed and edited by Eric Notarnicola (Tim & Eric Awesome Show, Great Job!, Nathan for You, Who Is America?), the video is taken from the wonderfully surrealistic and hilarious “On the Line Online — The Three Hour Listening Party & Fundraiser” that raised over $10,000 for the Los Angeles Downtown Women’s Center back in February.

The 11 all-new original songs were written by Jenny and recorded at Capitol Records’ Studio B, and feature a backing band of legendary talent including Beck, Benmont Tench, Don Was, Jim Keltner, and Ringo Starr. Currently dominating Best of 2019 So Far lists for On the Line (Warner Records) — including Rolling Stone, Entertainment Weekly, Vulture, Billboard, USA Today, Esquire, and Paste, just to name a few — and selling out shows in both the US and UK, Jenny arrives in DC like a breath of fresh air when we need her most!

“Her best solo album to date…she’s never recorded anything quite like On the Line. Her fourth solo album and first since 2014’s The Voyager sounds humongous: rafter-raising vocals, pianos that seem to ring out endlessly, and, on ‘Red Bull & Hennessy’ and ‘On the Line,’ an earth-shaking double-drum attack courtesy of session warhorse Jim Keltner and Ringo Starr. On the Line is the crispest-sounding entry in Lewis’ catalog, and the most emotionally complex,” said the AV CLUB. None other than our own Washington Post hailed On the Line as “her best album in more than a decade.”