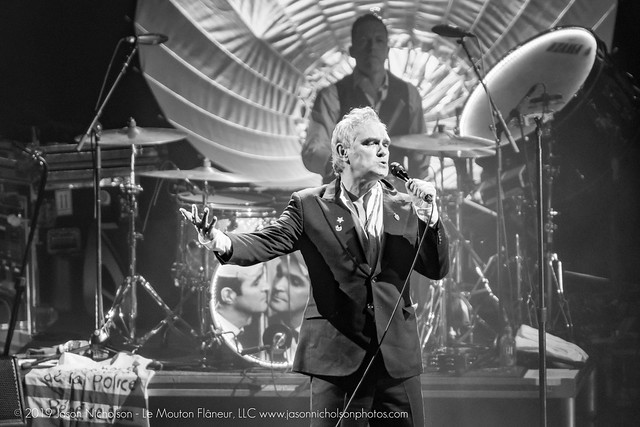 Although there was less conversation than usual, Morrissey’s signature wit was on display. “I’m told the mosquitos are particularly active tonight,” Morrissey said on stage at the outdoor pavilion. “It’s the end of the season, and it’s their last chance for S-E-X. We all know how they feel.”

Songs by The Smiths, Morrissey’s famously poetic former band, were in short supply. To my surprise, Morrissey opened the show with “How Soon Is Now?,” the psychedelic-tinged ode to anticipation that helped put The Smiths on the map in the United States. At about a third of the way through the set, Morrissey sang “That Joke Isn’t Funny Anymore,” a rarely performed but very “Smiths” song that delighted the crowded seats at Merriweather.

But that was it for The Smiths. Morrissey focused rather on pleasing admirers of his solo career with an intriguing selection of songs from across his releases from Viva Hate, his first studio album, to California Son, his latest.

The covers of California Son sounded terrific in Morrissey’s hands, and a string of them provided an early highlight of the show. Morrissey sang wonderfully on “Morning Starship” by Jobraith. He rounded the stage with “Wedding Bell Blues” by Laura Nyro. And he enunciated dynamically and strutted with purpose during “Lady Willpower” by Gary Puckett & the Union Gap.

“Those were just a few of the songs that made America so great, and here’s one that destroyed England,” Morrissey said after the string of California Son songs and prior to “That Joke Isn’t Funny Anymore.”

After a very enjoyable cover of “Back on the Chain Gang” by The Pretenders, also released on the expanded edition of Low in High School, Morrissey presented a stirring and memorable performance of “Jack the Ripper,” an infrequently performed number from his World of Morrissey compilation. He whipped off his jacket in billowing fog and laughed in time to the music, creating a suitably eerie atmosphere for the dark number — which in typical Morrissey fashion could lyrically read rather innocently without context.

Morrissey closed the musically substantive show with songs that everyone who knows him wants to hear “Suedehead” and “Everyday Is Like Sunday” — eternal songs from Viva Hate — as well as “First of the Gang to Die,” a number that he clearly relishes from You Are the Quarry.

In fine form and excellent voice, Morrissey was every inch a performer, dramatically whipping his microphone cord to punctuate movements and crooning dramatically when appropriate. For a night of deeply intellectual and thoughtful pop music, Morrissey has no peer.

You’ll no doubt agree when you see him on tour near you. (He’s on the road tonight in New York for the second date of the show and on the road through Oct. 26 to close in Los Angeles, one of the cities that always captures his heart.)

Here are some photos of Morrissey performing at Merriweather Post Pavilion on Sept. 5, 2019. All photos copyright and courtesy of Jason Nicholson. 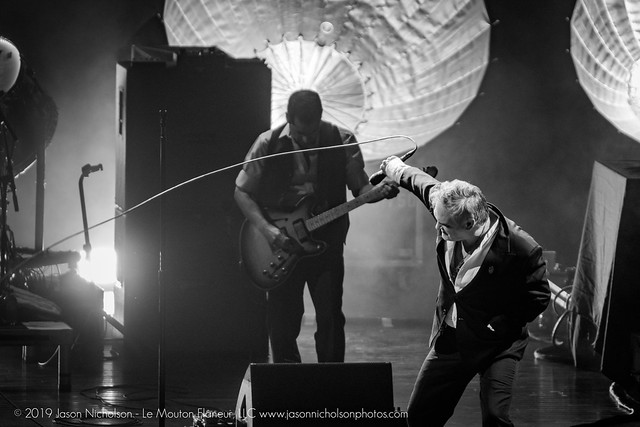 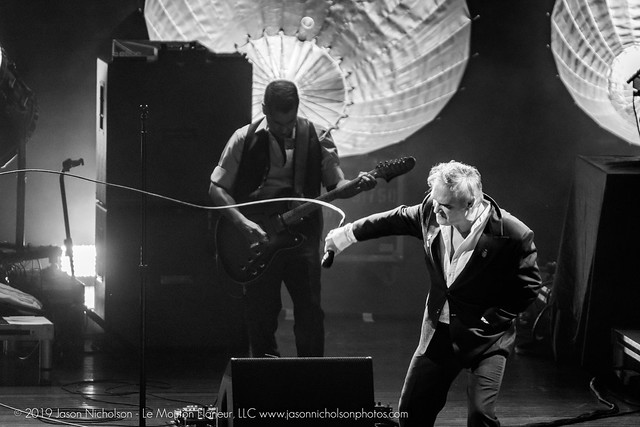 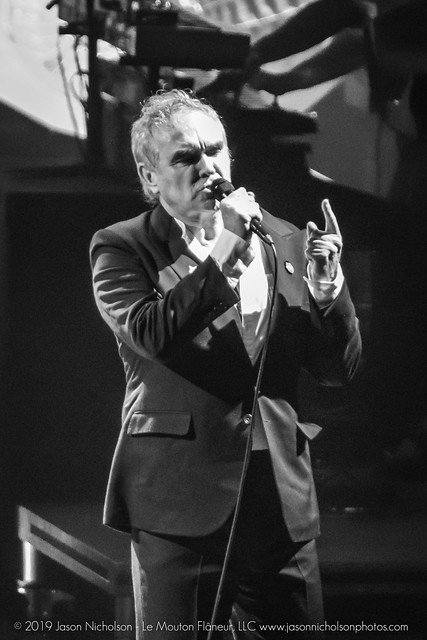 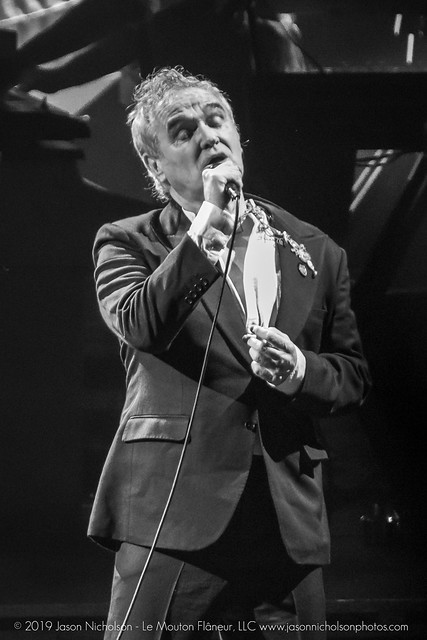 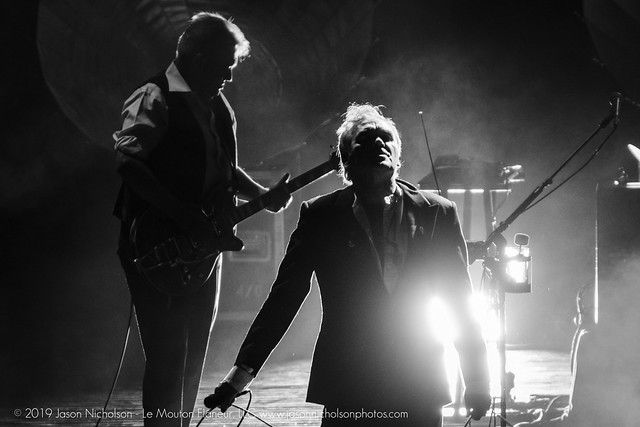 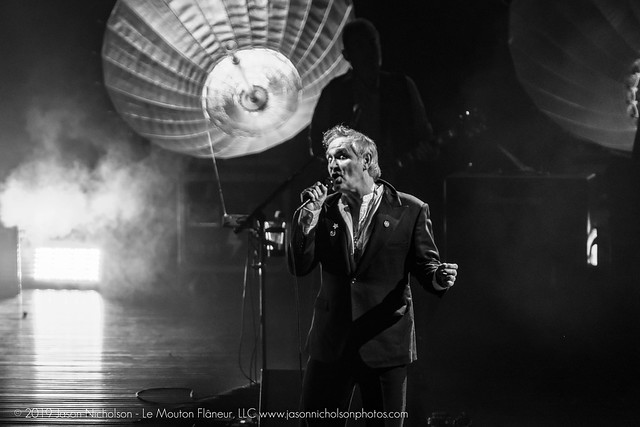 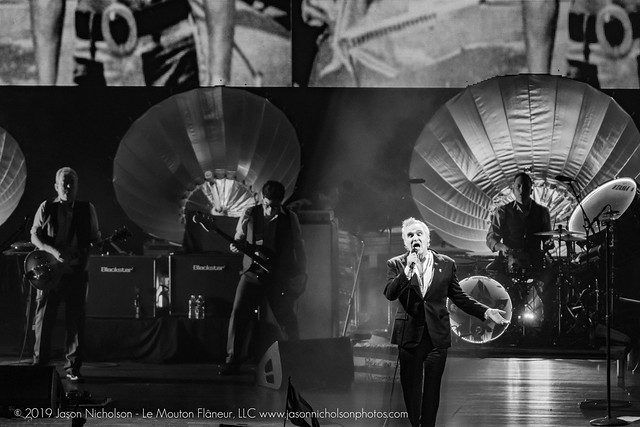 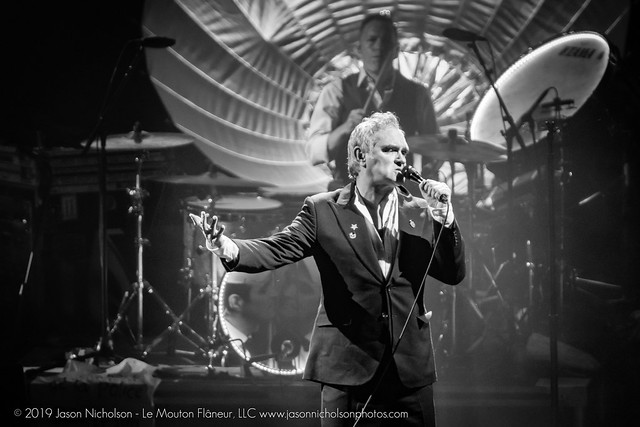 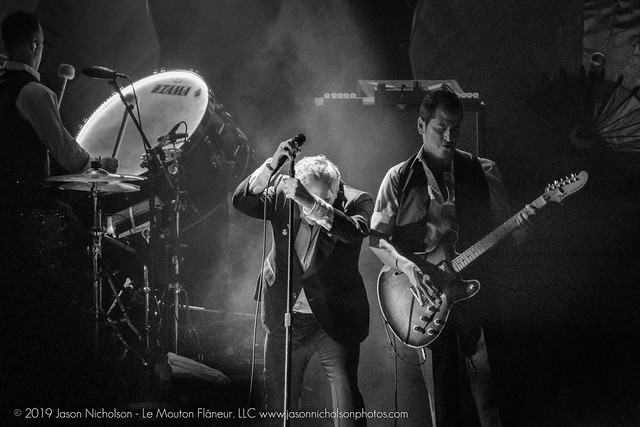 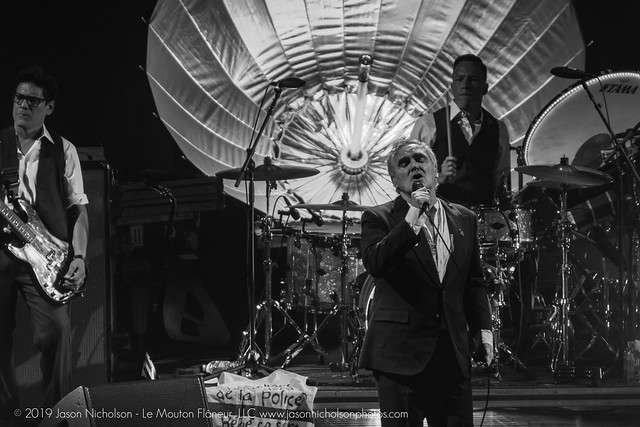 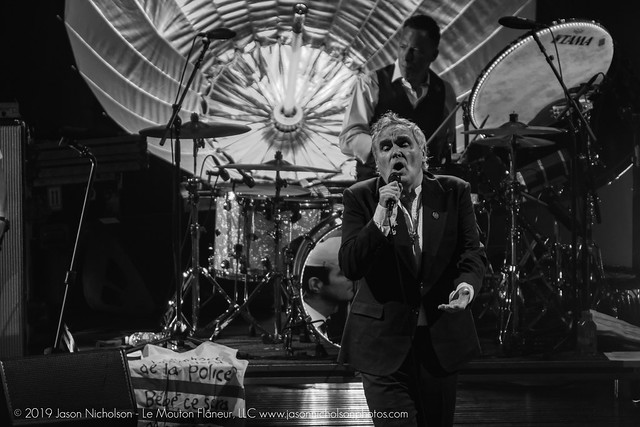 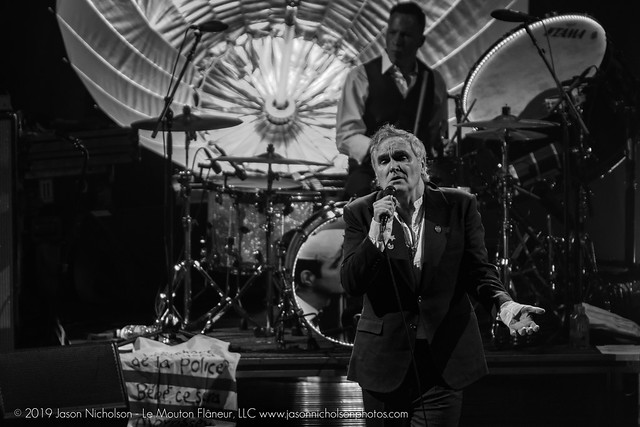 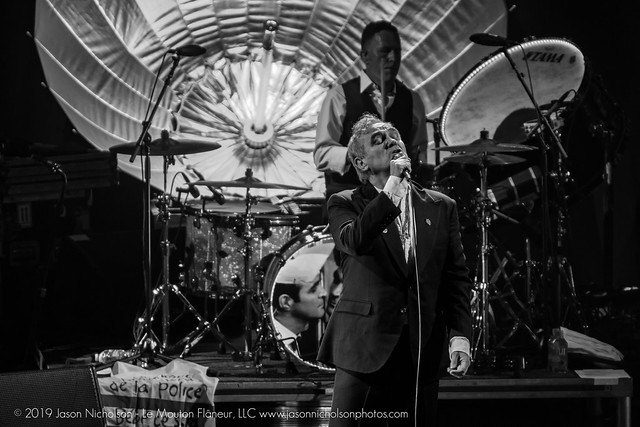 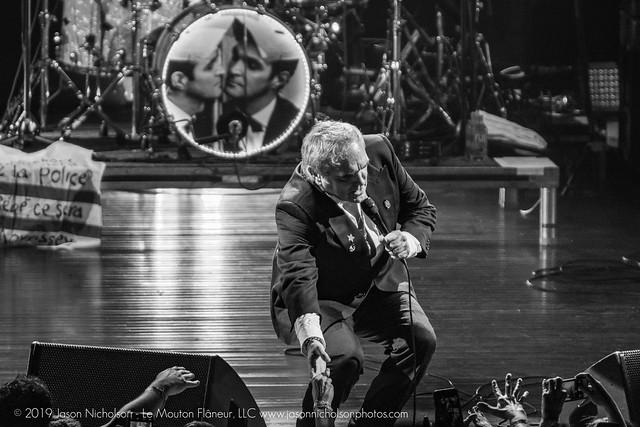 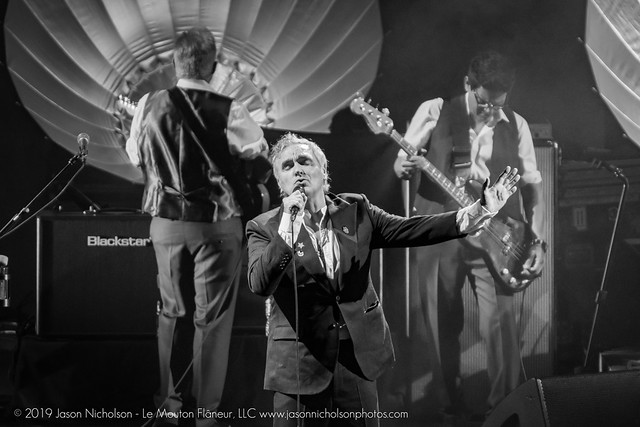 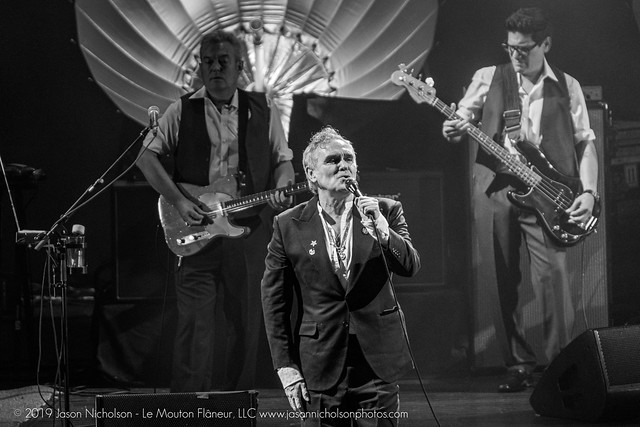 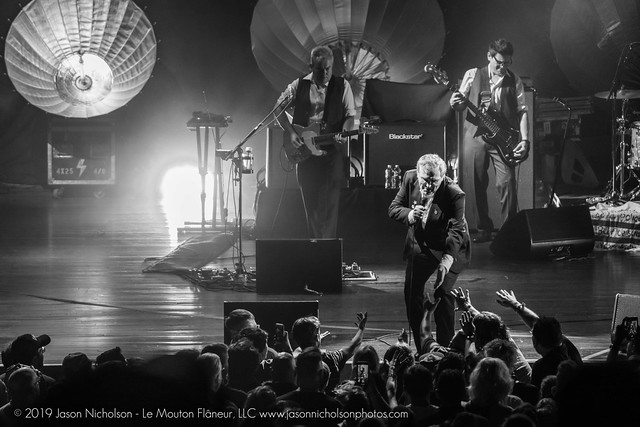 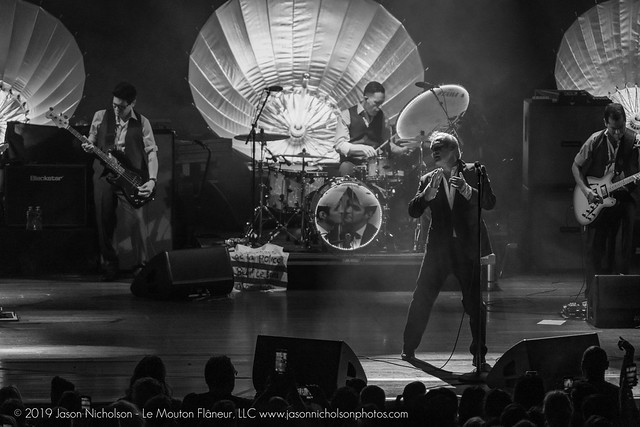 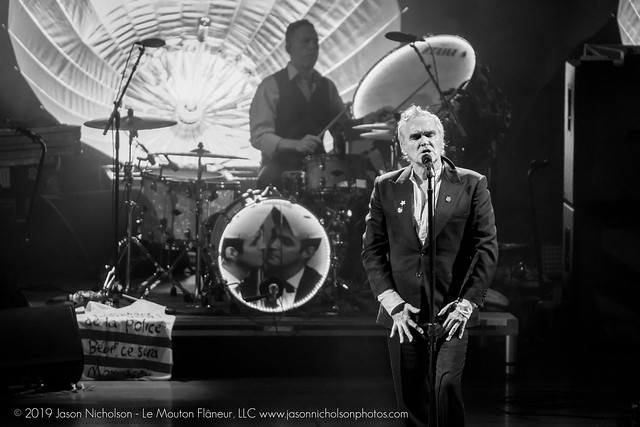 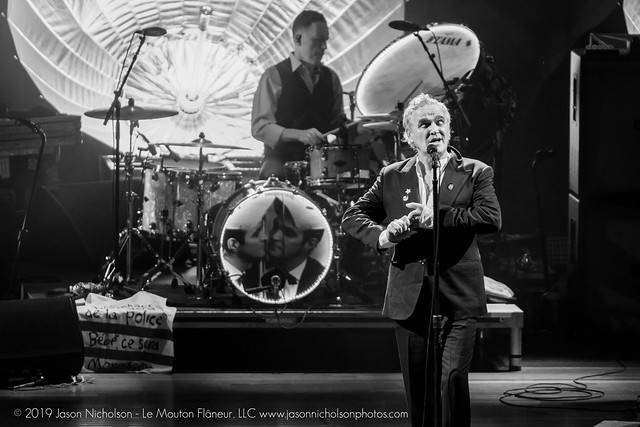 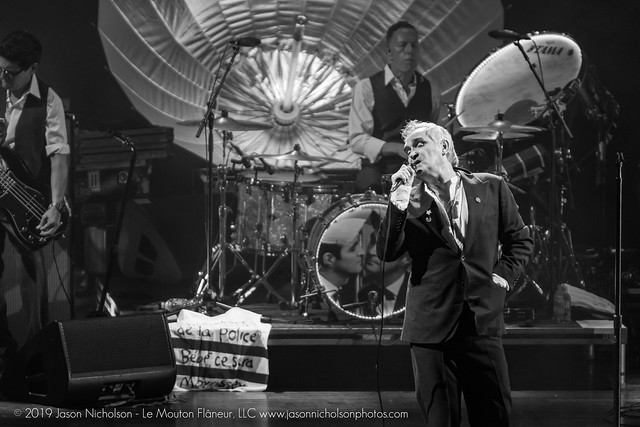 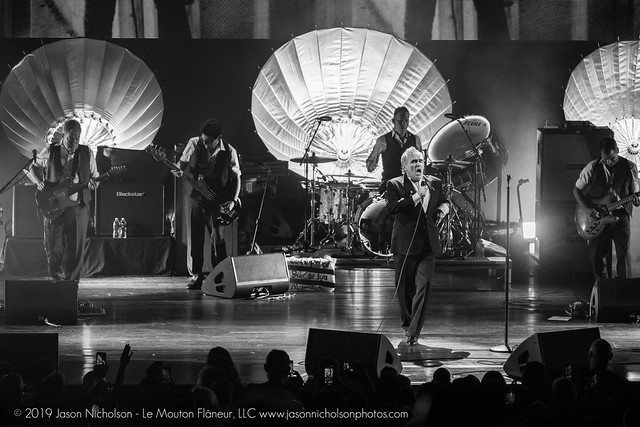 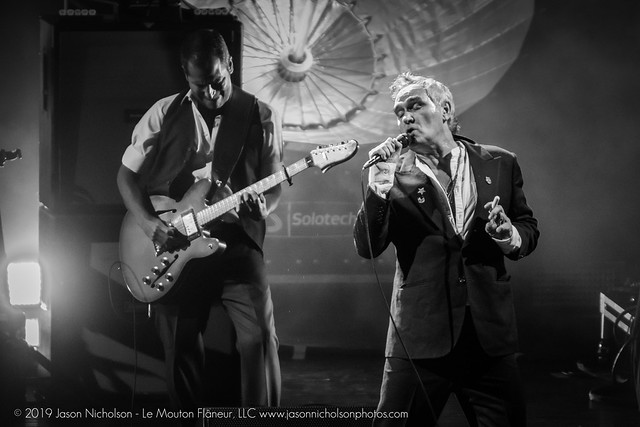 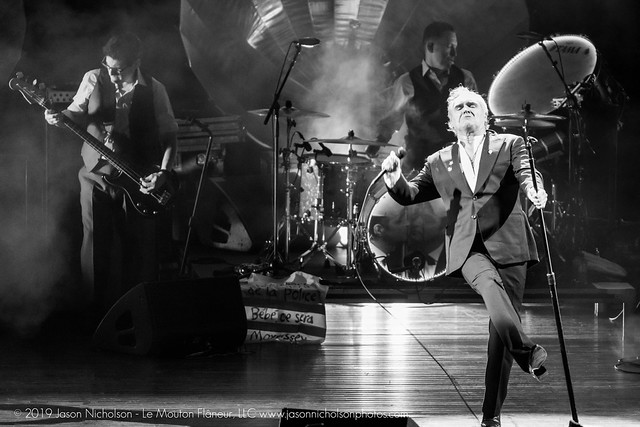