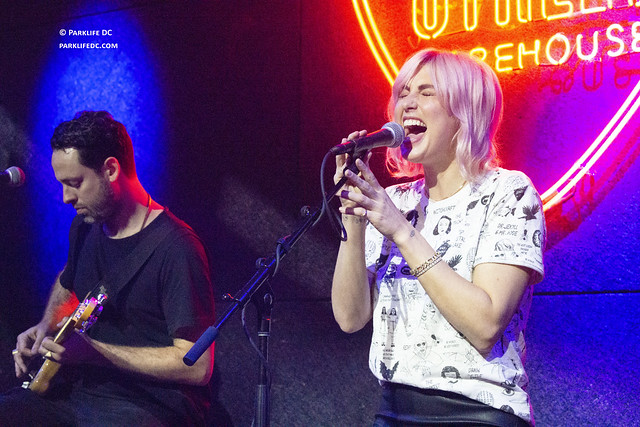 Dreampop duo Phantogram presented a free intimate show at Pearl Street Warehouse on Friday, in advance of a later big production at The Anthem, to support the American Foundation for Suicide Prevention.

At first, Sarah Barthel and Josh Carter seemed as if they might be motivated to raise awareness of the issue due to the suicide of Mark Linkous, former frontman of Virginia band Sparklehorse. But their connection to the issue turned out to be much deeper than I imagined.

At Pearl Street on Friday, Sarah and Josh were accompanied by touring bandmates Nicholas Shelestak and Chris Carhart for three songs, performed mostly acoustically — “When I’m Small,” specifically the Lucy’s Mix version of the song, “Saturday,” a cover of a song by Sparklehorse, and “Into Happiness,” a single from an upcoming new album.

Presented by DC 101 radio personality Roche, the show drew modest attendance, being as it was at 5pm on a Friday, a tricky time for workday DC denizens. Still, it was a lovely experience, and Sarah described each song briefly before singing them.

Stream “Saturday” by Sparklehorse, as covered by Phantogram, on Spotify:

Phantogram did not discuss a suicide closer to their hearts until later at The Anthem, when at the end of the show Sarah dedicated a new song, “Ceremony,” to her late sister Becky, who committed suicide three years ago. As was clear from Sarah’s remarks, Sarah and Josh remain shaken by the loss of Becky, and Sarah took the opportunity to appeal to people to reach out to their friends if ever they contemplate taking their own lives.

“I just want to take a second to say if you feel sad or lonely or off or wrong, it’s an emotion that goes. So, please don’t go away. Just stay,” Sarah said. “Don’t be afraid of vulnerability. This is my moment to be vulnerable to all of you guys.”

At The Anthem, Sarah wanted for a moment to say something real and connect with people. I’m not completely sure she succeeded in penetrating that aura of popstar admiration and hunger for more songs in the following encore. Frankly, she seemed unsure as well. But she seemed richer and satisfied for having made the attempt.

For more information on the American Foundation for Suicide Prevention, visit the nonprofit’s website.

Here are some pictures of Phantogram performing at Pearl Street Warehouse on Friday, Sept. 6, 2019. All photos courtesy Mickey McCarter. Stay tuned for our separate coverage of Phantogram at The Anthem. 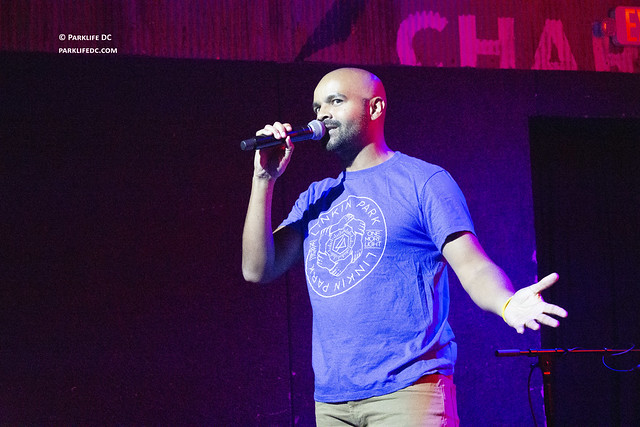 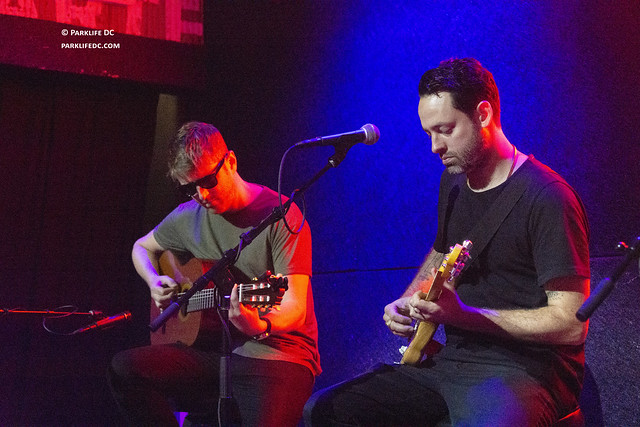 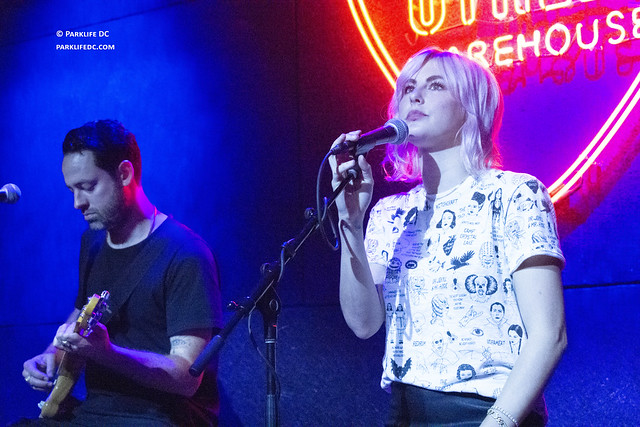 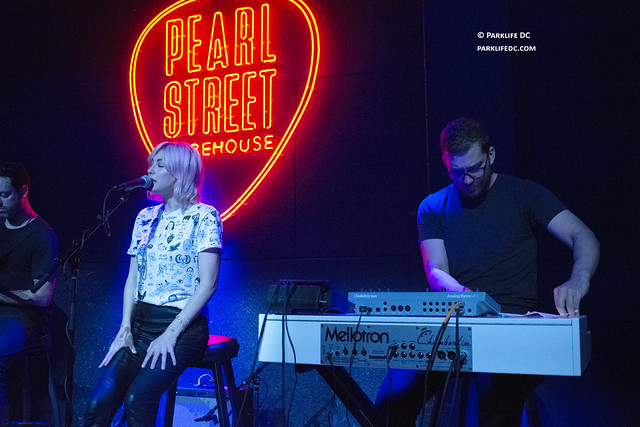 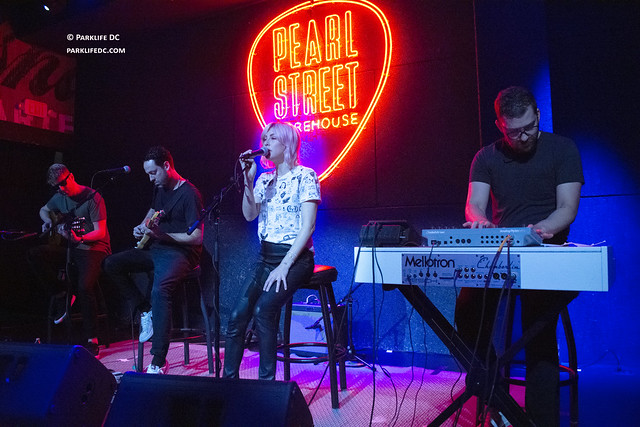 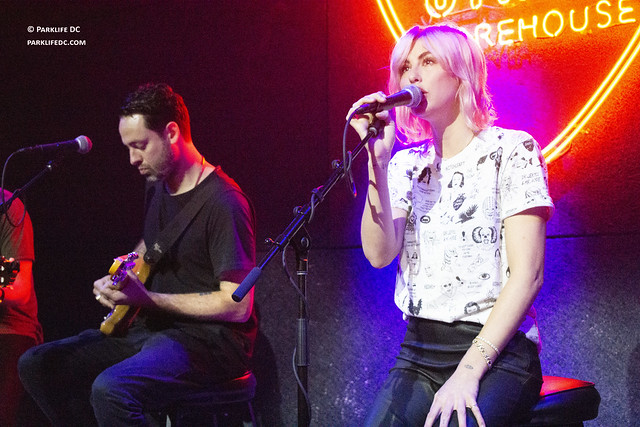 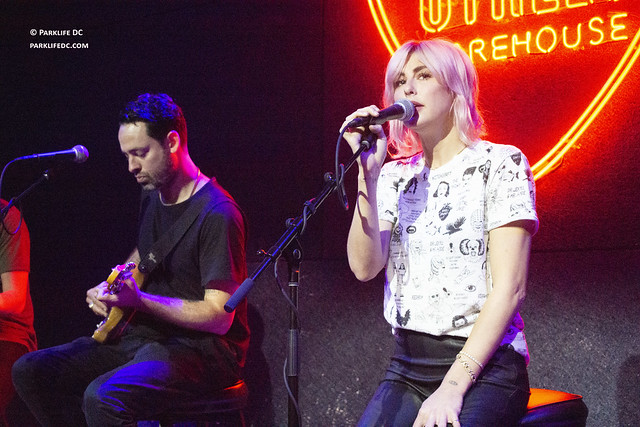 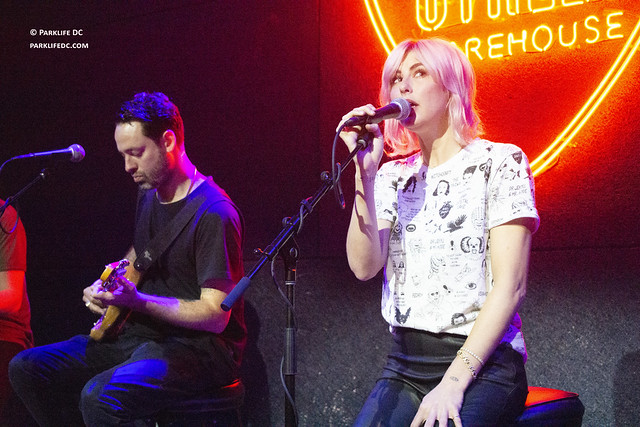 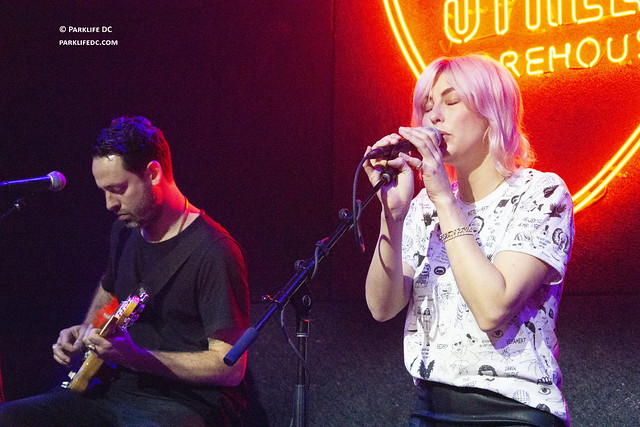 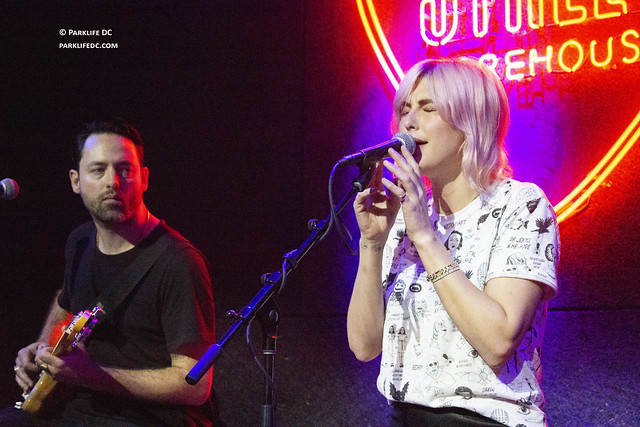 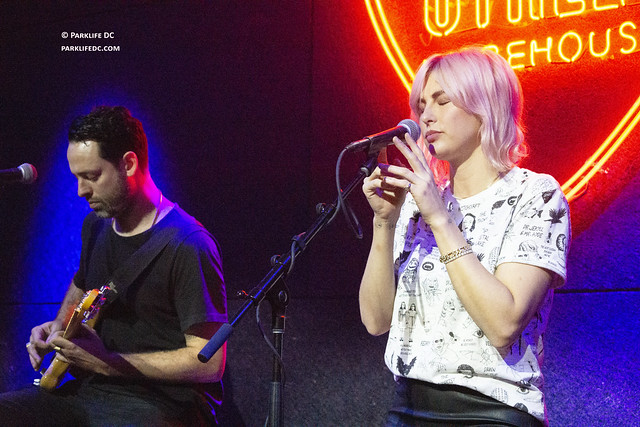 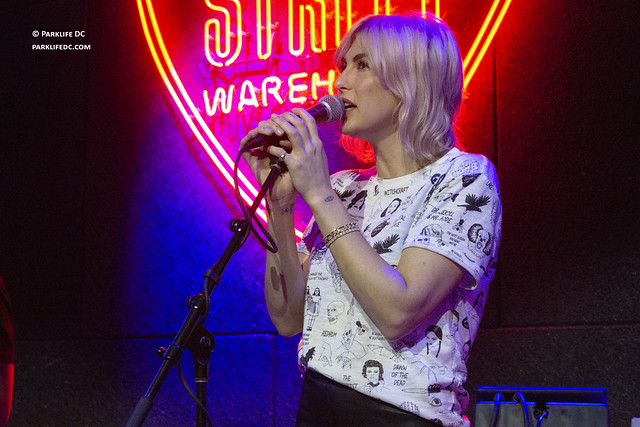 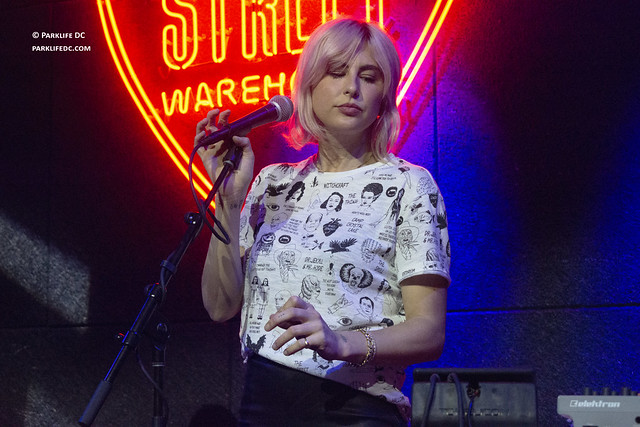 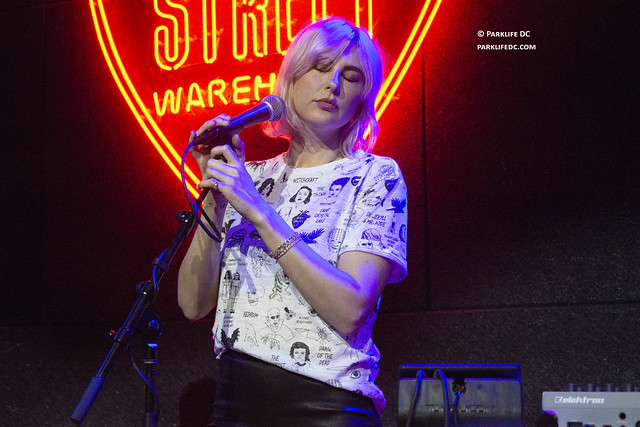 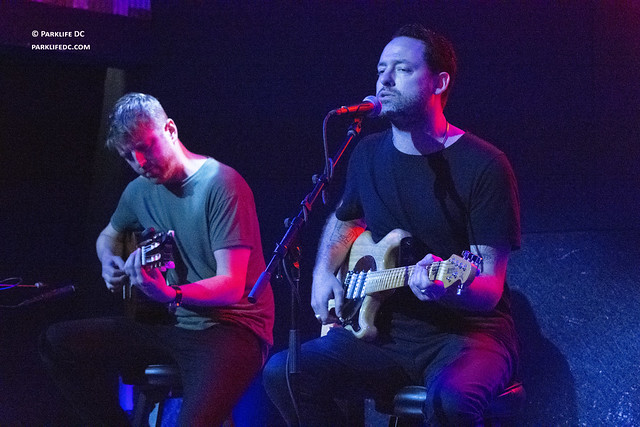 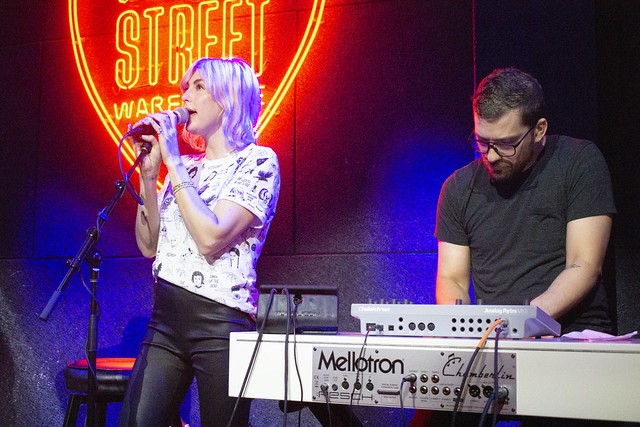 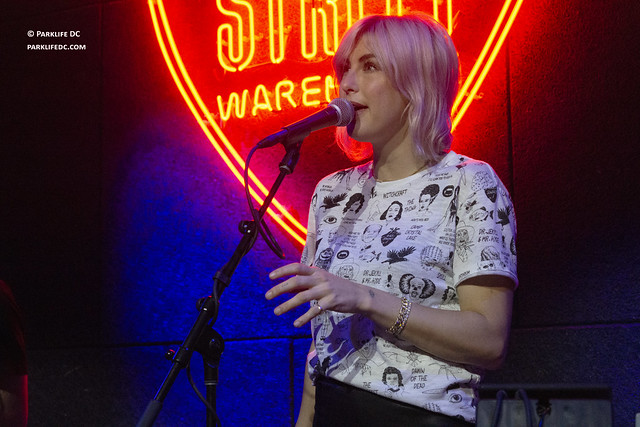 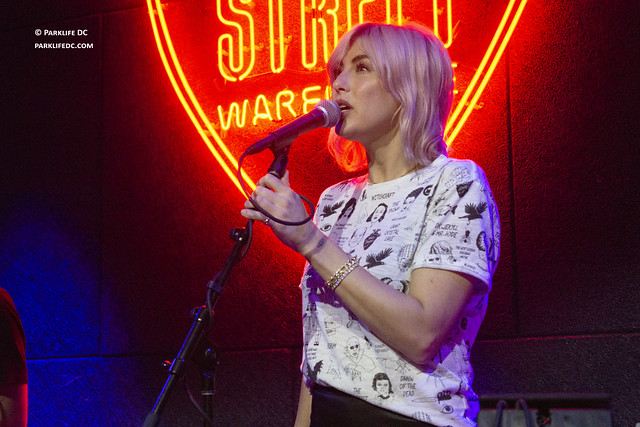 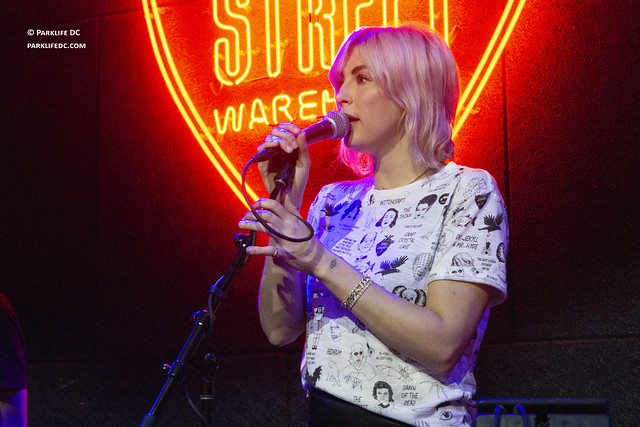 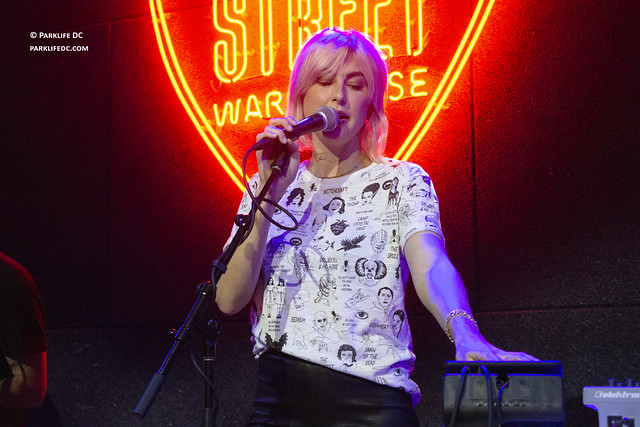