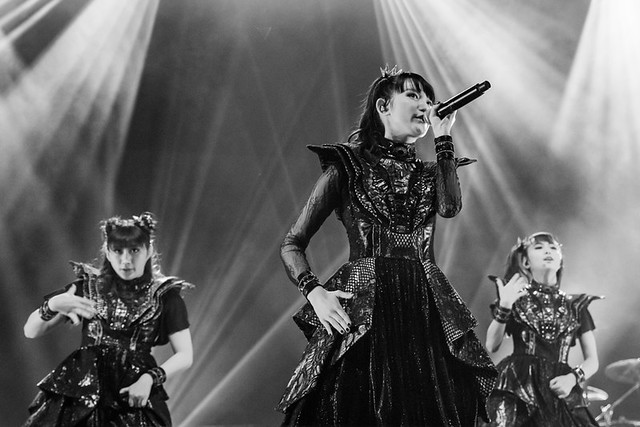 Babymetal performs at The Anthem on Sept. 8, 2019. (Photo by Paivi Salonen)

Japanese kawaii metal band Babymetal stormed The Anthem recently! The duo of Su-metal and Moametal performed songs from their upcoming record, Metal Galaxy, and everyone had a crazy good time. Paivi was there to shoot the show, but ultimately we had two photos approved. So here they are!

In preparation for the album, Babymetal released “Elevator Girl” in May. Loudwire hailed it as a taste of things to come.

“It’s a short track (2:44) that seesaws between fast beats with delicate, minimalist piano bits and crunching metallic distortion that embraces the frantic nature of the electronic elements. “Elevator Girl” is an intensely rhythmic song and we only get a taste of the guitar theatrics that typically round out Babymetal’s music at the very end,” wrote Joe Divita.

Watch the official live video for “Elevator Girl” by Babymetal on YouTube:

According to Setlist.fm, Babymetal performed 12 numbers at The Anthem on Sept. 8, and the bad dedicated half the show to the new album. Babymetal played “Elevator Girl” as the second number, and then also performed “Shanti Shanti Shanti,” “Kagerou,” “Starlight,” “PA PA YA!!,” and “Distortion,” across the set.

Babymetal also pulled selections from their previous to two albums of course, including their self-titled debut and sophomore album Metal Resistance.

Here is another picture of Babymetal performing at The Anthem on Sept. 8, 2019. Photo copyright and courtesy of Paivi Salonen. 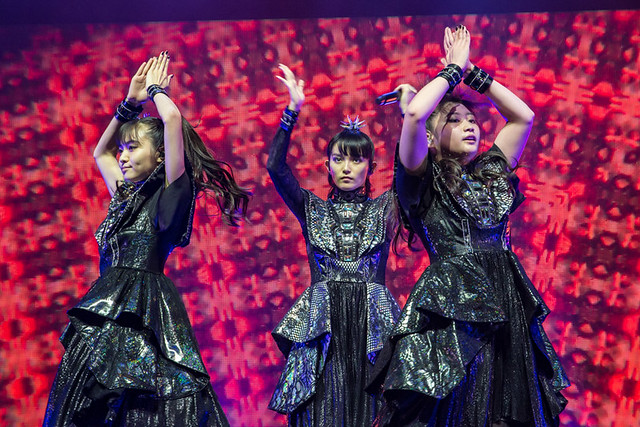