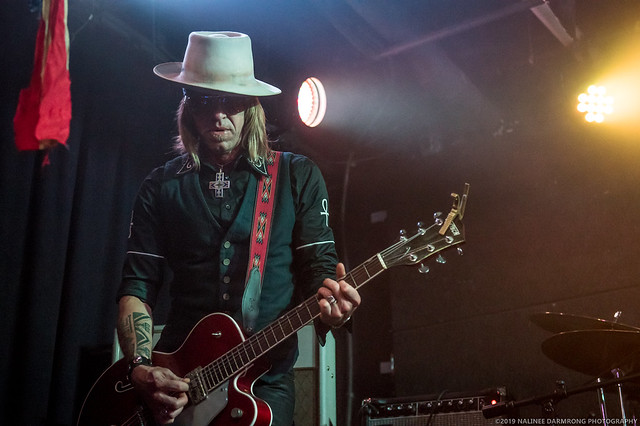 Gothic folk/alt-country band Wovenhand, led by David Eugene Edwards, put on a somber, heavy performance at U Street Music Hall recently. They let their hard-rocking songs speak for themselves, moving directly from one dark piece into another without addressing the audience.

Wovenhand finished recording a new album, Silver Sash, and hopes to release it in the spring. On Sept. 15 at U Street Music Hall, the band opened their show with one of the tracks on that album, “Dead Dead Beat.” With his Nick Cave-like vocals, David sang the opening lines of “Hiss,” almost as a prayer “Lord of hosts Exalted in judgement / The lambs feed after their manner / God is holy.” Christian religious iconography and themes pervade David’s writing. He grew up in the Church; his grandfather was a Nazarene preacher and his father attended seminary. David has an active, powerful faith.

With lyrics like “Let us fall I pray thee, into the hands of Jehovah / His mercies are many that no man can number,” one might think that the Christian music community would welcome David and Wovenhand into the fold. But their sound, which borders at times on Scandinavian metal, is alien to that movement. And David’s muse leads him to write, in the same song, “Five By Five,” the lyrics “The silent sun speaks all day long among they brethren are there none / As the rending / 5x5x5x5 5x5x5x5.” Writing songs as a Christian artist, the artist matters as much to the formula as the Christian.

“All Your Waves,” with references to Jupiter and the stars, reflects David’s interests in cosmology. Ironically, for all its religiosity, David’s music is associated with a sense of horror and dread (fear and trembling, perhaps). He ratchets this up in “Obdurate Obscura,” singing “Who dare to wake him / But the innocent.” Part of this horror, this cosmic horror, is the reality of the Devil: “Let me speak with the enemy at the gate /The battle to the gate,” David sings in “Quiver.” The references to ancient Egypt — “Osirion,” “Abydos,” in “Swaying Reed” — suggest that the scope of this vision is not only cosmic, it stretches across time.

What is the appeal of a band with lyrics like “The water gushed forth from thee o holy child,” to a secular Jew? As a matter of songwriting merit, Wovenhand’s songs measure up well. There’s a literary, poetic quality to David’s writing. Sharing his religious convictions is not necessary to appreciate his work.

Furthermore, while David’s lyrics express his profound faith, he does not proselytize. As I mentioned, David did not speak at all during the concert. There is a difference between sharing one’s deepest convictions as opposed to trying convince people of those beliefs. With Wovenhand, David Eugene Edwards opens his heart to his audience. 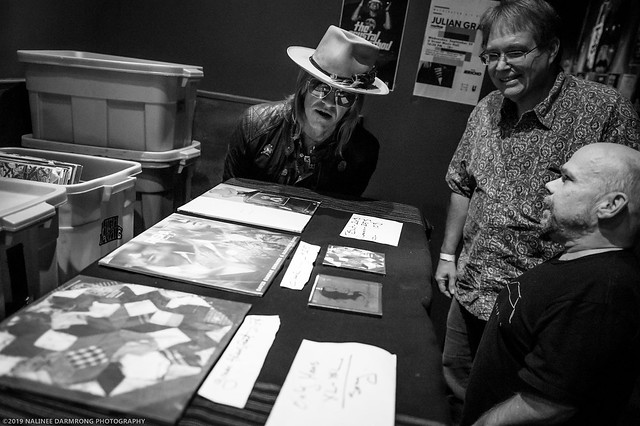 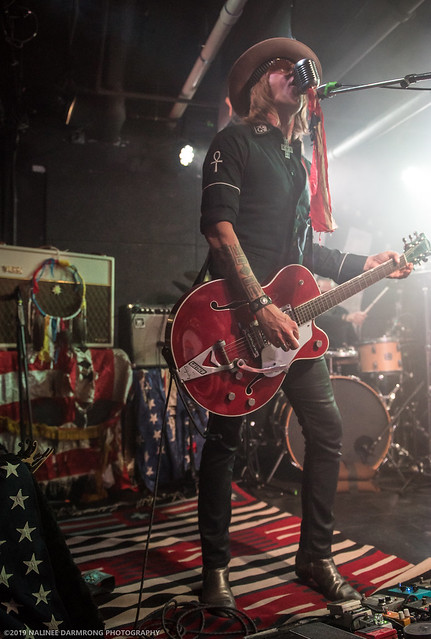 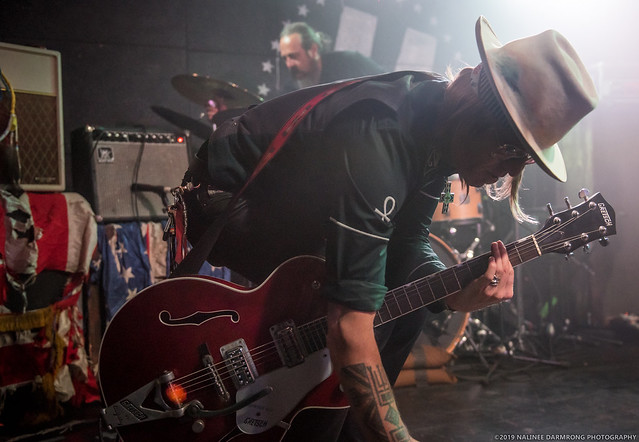 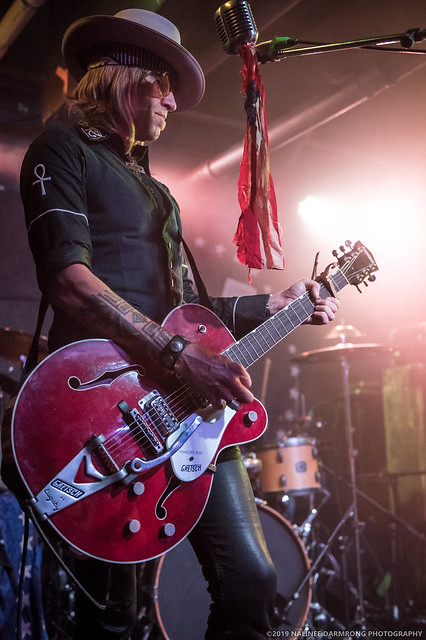 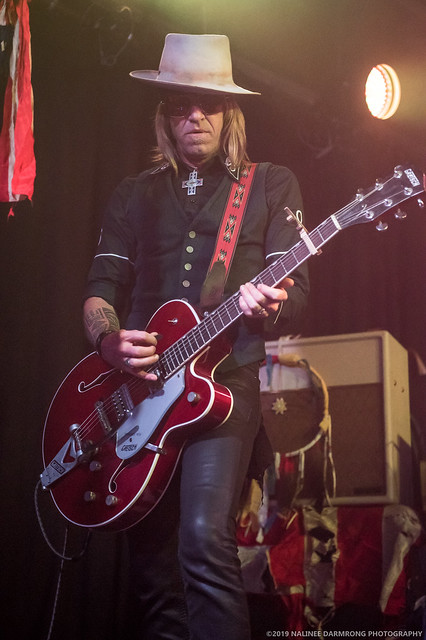 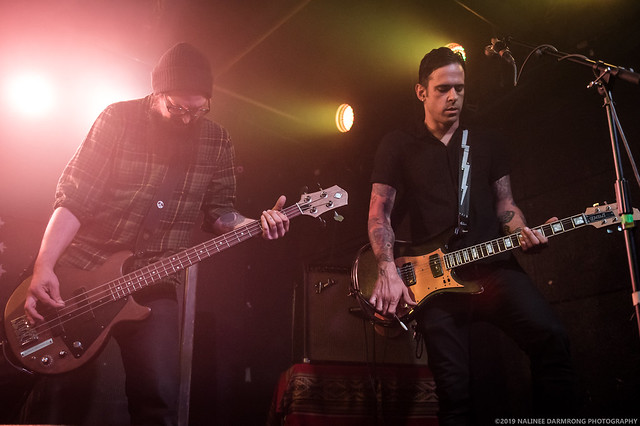 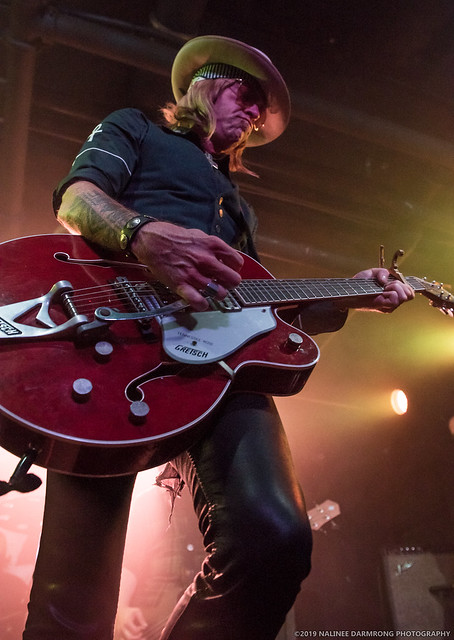 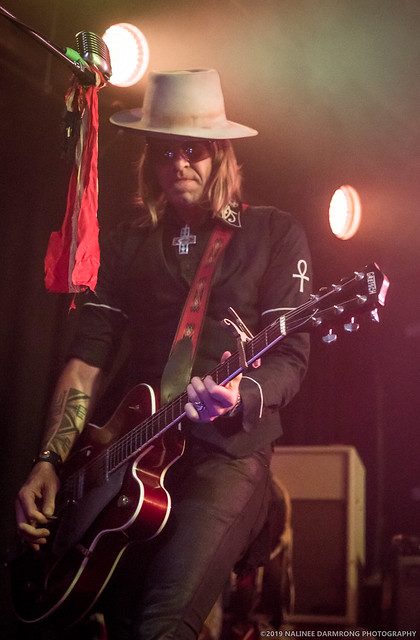 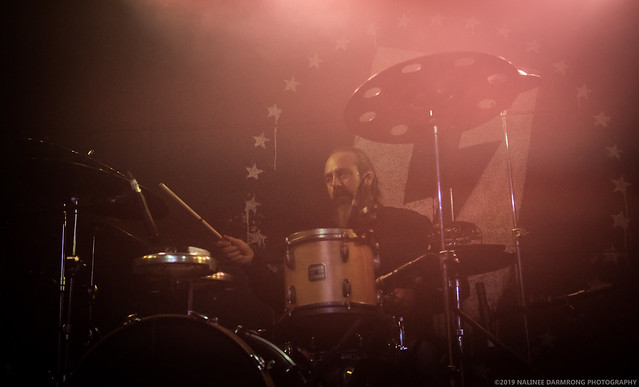 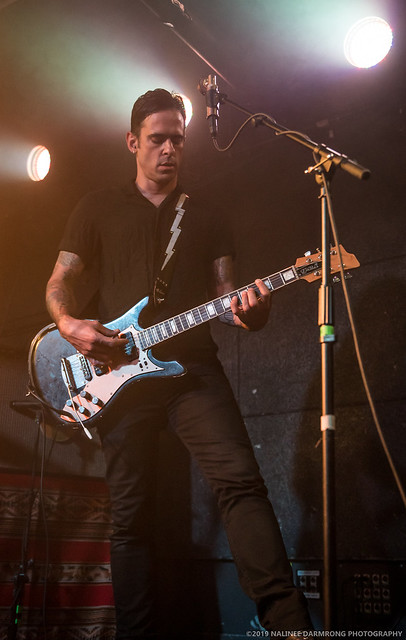 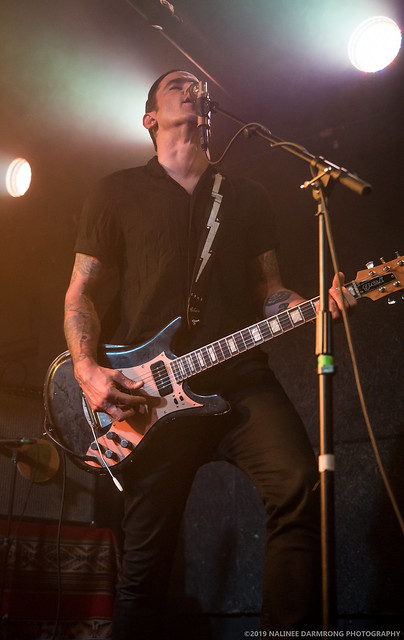 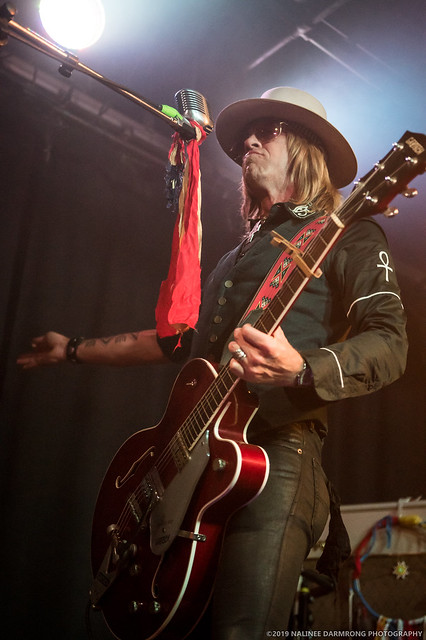 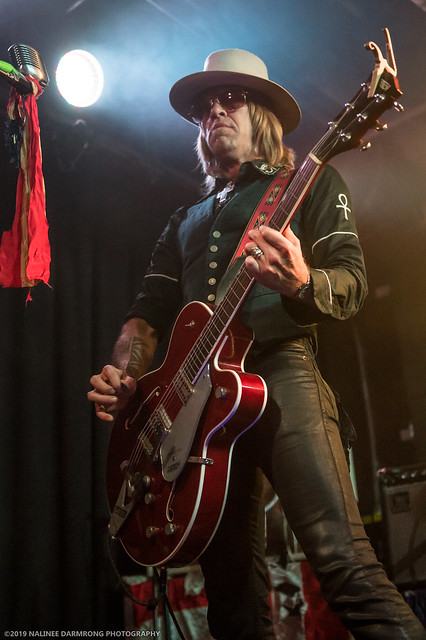