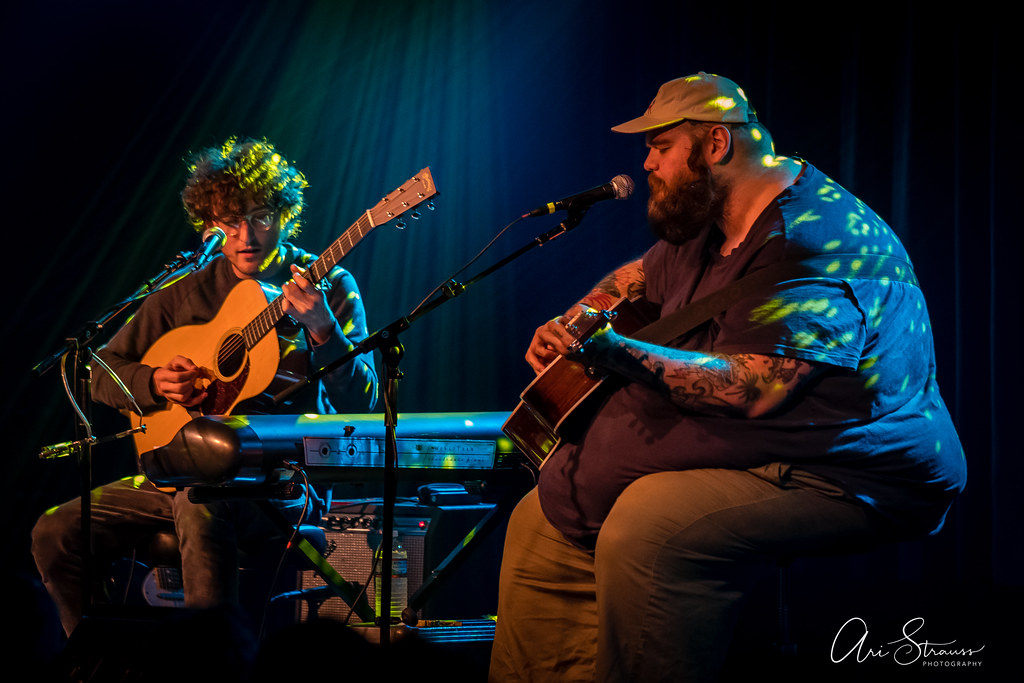 John Moreland, right, performs at The Birchmere on Oct. 1, 2019. (Photo by Ari Strauss)

With talented sideman and fellow Tulsa resident John Calvin Abney accompanying him, Oklahoma singer-songwriter John Moreland delivered his trademark Americana ballads at The Birchmere recently. Opener Darrin Bradbury remarked that the previous night in Baltimore, he’d seen a grown man on the edge of tears during John’s set. “I’ve got to write me some of those,” he joked.

On Oct. 1, John opened one with “one of those,” his song “Old Wounds,” pleading for love in a relationship that’s been filled with hurt. Both Johns started off on acoustic guitar, with Abney playing the lead and Moreland on rhythm, for the first several songs. “Losing Sleep Tonight,” with its funereal imagery — “bury me in a box,” “keep my poisoned ashes in your urn — followed “Old Wounds.”

Going from images surrounding to death to language invoking the sanctified, John sang “Oh, Julia.” In a counterpoint, he declared, “I wanna drive like hell when I steal the devil’s Cadillac,” in “Gospel.” He returned to Old Scratch during his solo break, asking “Did you hear the devil laughing / From the ambulance passing?” Citing his grandmother, he referred to sleep as “God’s Medicine.”

Abney switched from acoustic to twangy electric guitar on either “Lies I Chose to Believe” or “Heart’s Too Heavy.” After “Your Spell,” he took a break, leaving John to play solo for three songs. He dedicated the middle number here, “Blacklist” to “that guy who called out Blacklist. Thank you for your patience.” John seemed like an introvert, possibly even shy; this was one of a few brief comments he made during his set, often in a hurried whisper.

John finished his solo break with another tale of a broken heart, “You Don’t Care for Me Enough to Cry.” Returning for “Avalon,” Abney played the keyboard; he added harmonica on “Love Is Not an Answer.” The pair both played acoustic guitar on “3:59 AM,” with Abney switching to electric for “American Flags in Black and White.”

The crowd got a bit restless, and some members of the audience, sensing that John didn’t have too many songs left in his set, called out requests. John deflected, quipping “I don’t think I know that one, either.” (J Mascis used this same maneuver in his solo acoustic show last year.) Ironically, the next song in John’s set was “Nobody Gives a Damn About Songs Anymore”; obviously, quite a few people in The Birchmere cared a great deal about (certain) songs.

John called out the title of “Cherokee.” The song references the town of Cherokee in northern Oklahoma, named for the Native American tribe driven to what was then Indian Territory on the Trail of Tears. After “I Need You to Tell Me Who I Am,” he attended to his guitar, remarking that he didn’t know if it had “ever gotten that out of tune that instantly before.” He finished up his set with “Sallislaw Blue,” a phrase from which he took the name of his latest album: Big Bad Luv.

Amidst a standing ovation, John returned to the stage alone, playing “Break My Heart Sweetly” as his encore. The lights came on, and John received a well-deserved second ovation as he left the room.

Here are some pictures of John Moreland performing at The Birchmere on Oct. 1, 2019. All photos copyright and courtesy of Ari Strauss. 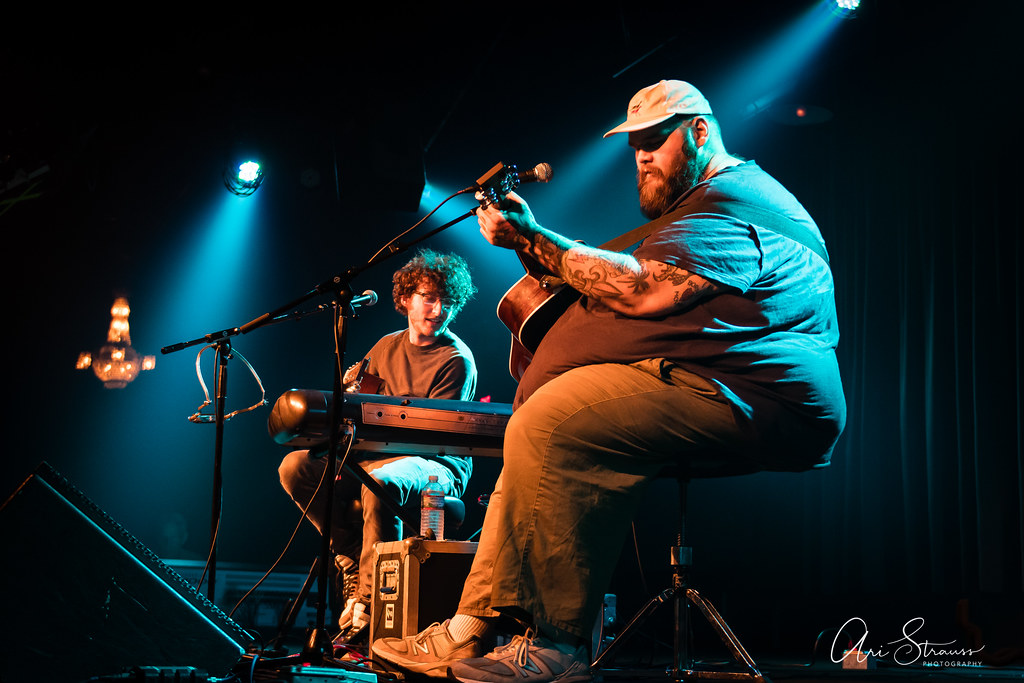 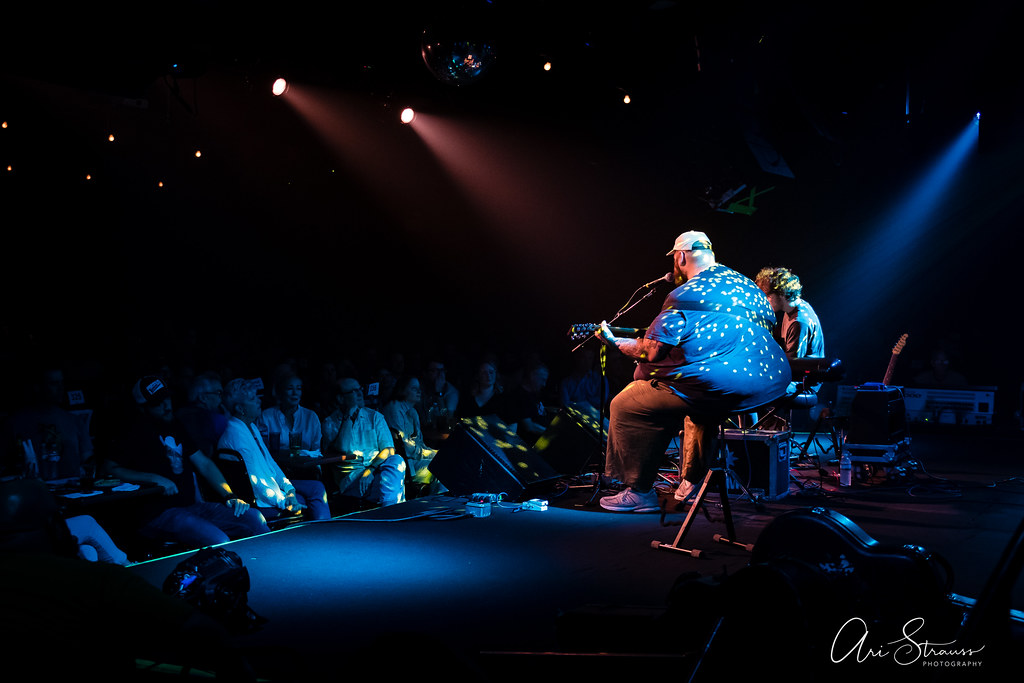 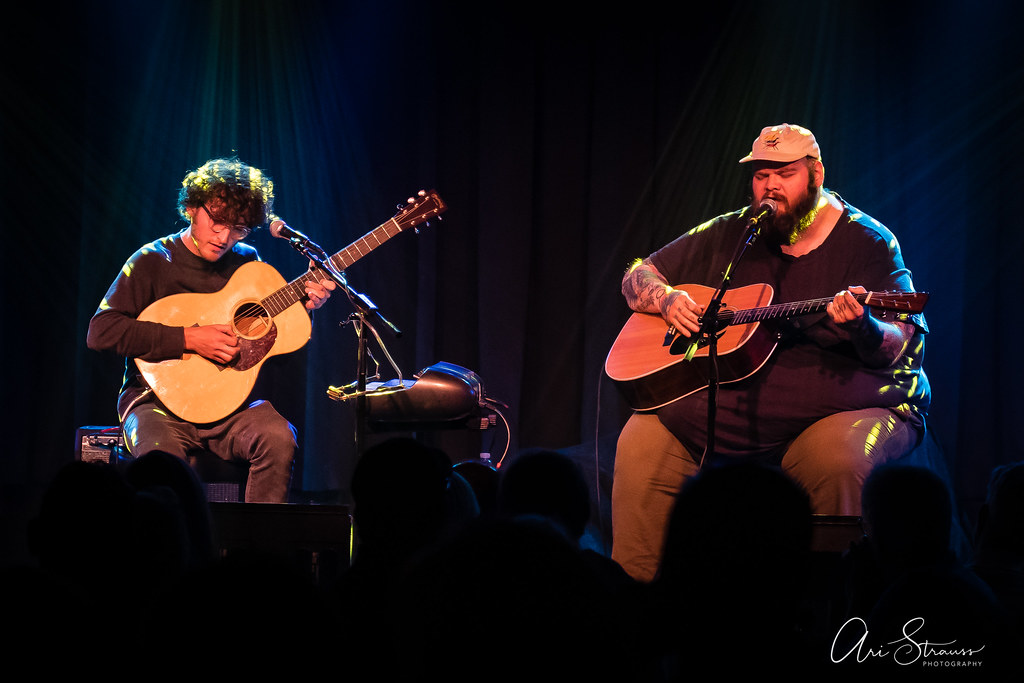 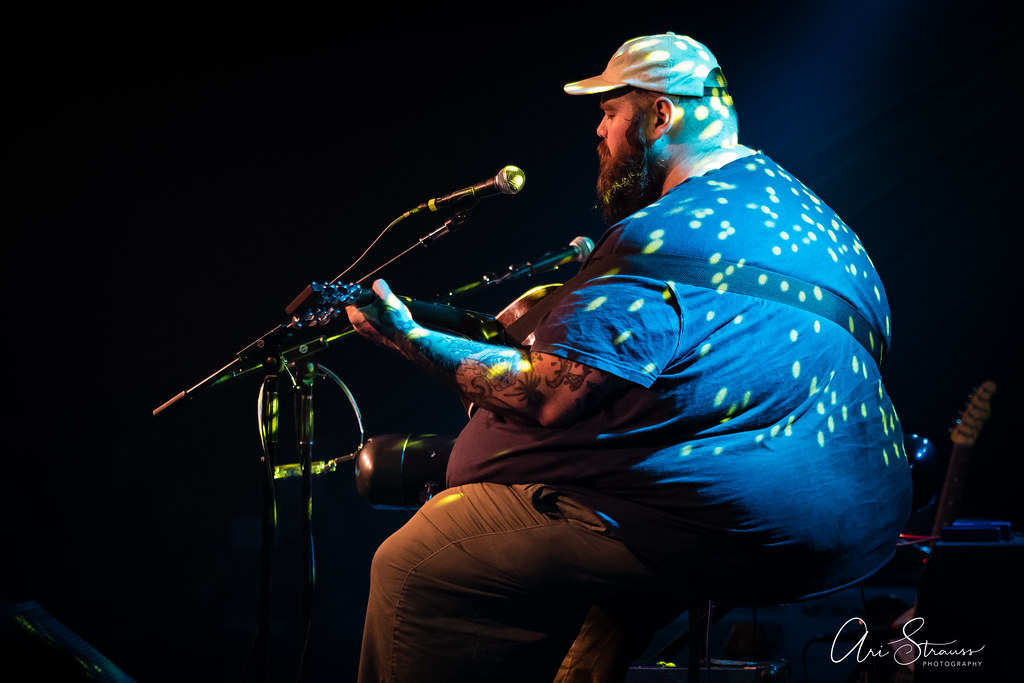 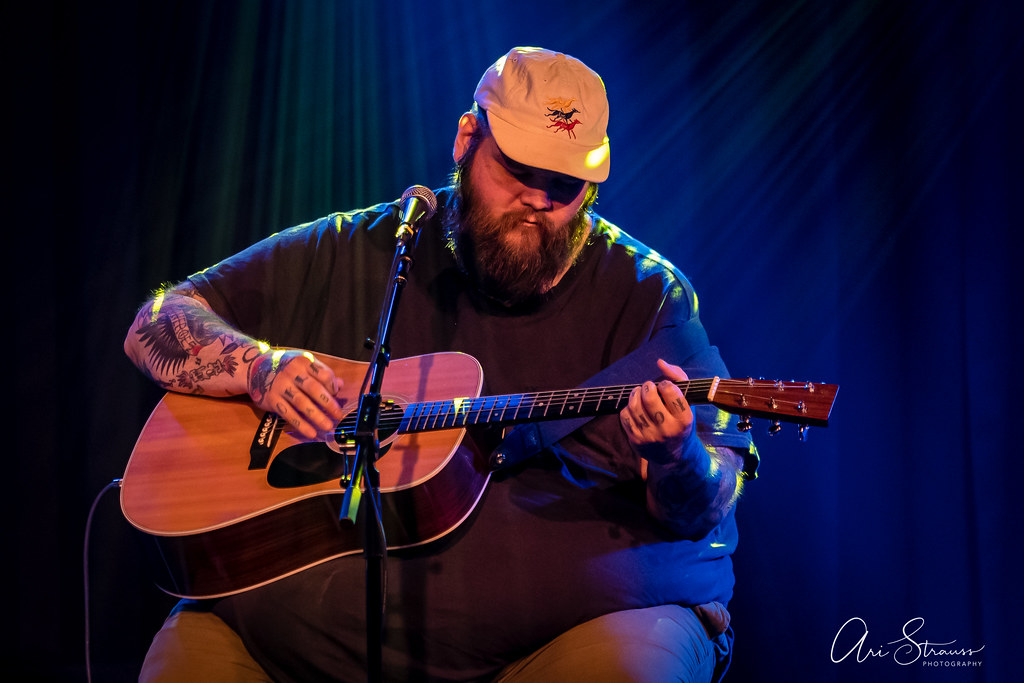 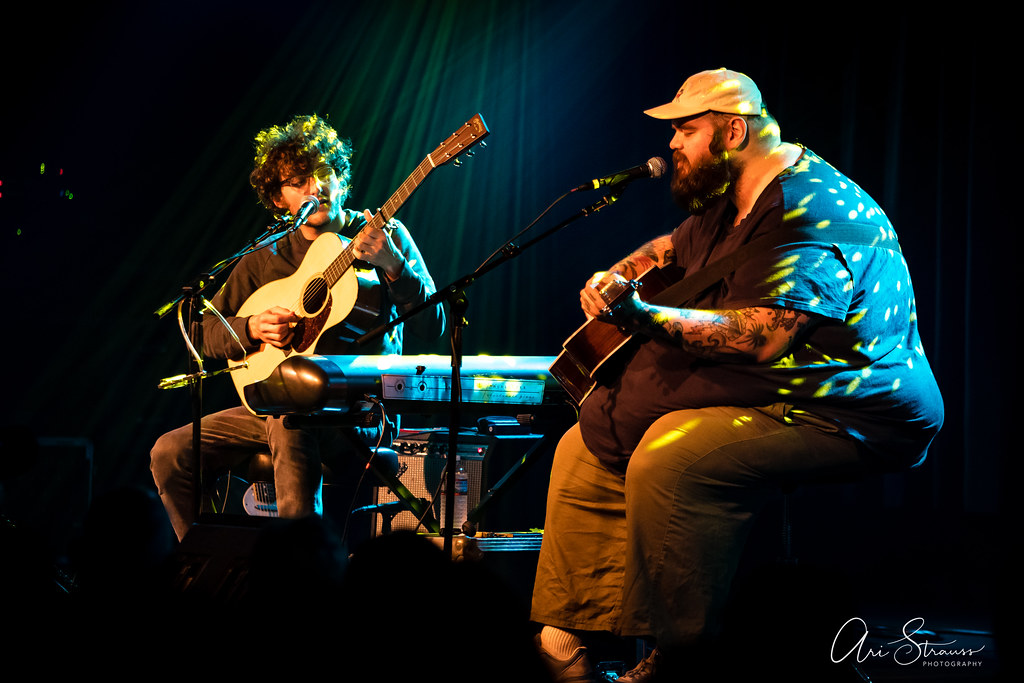 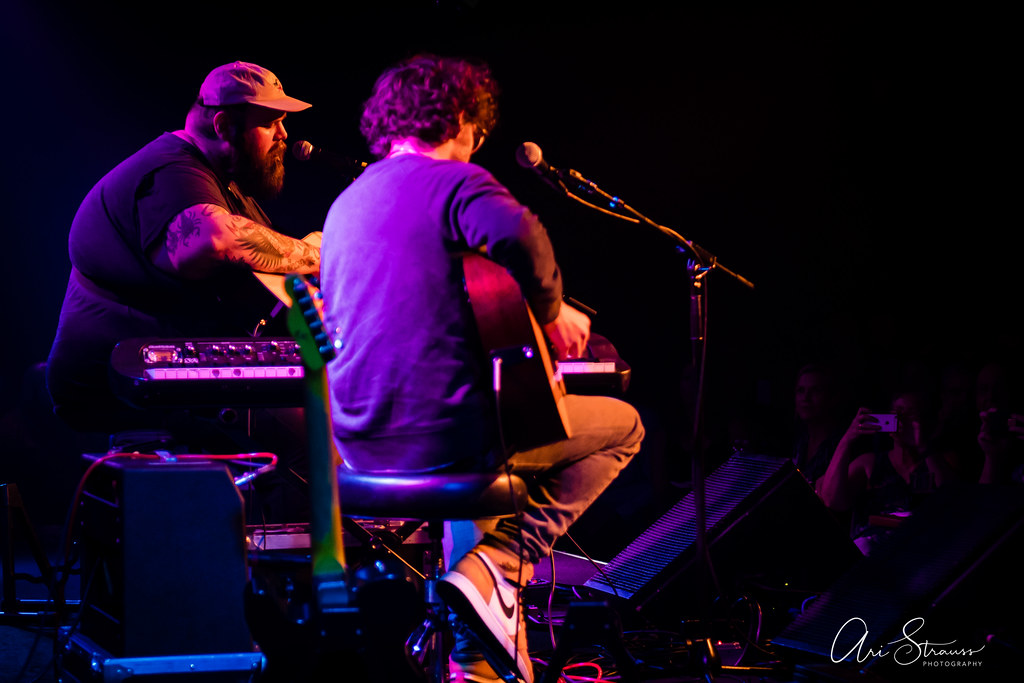 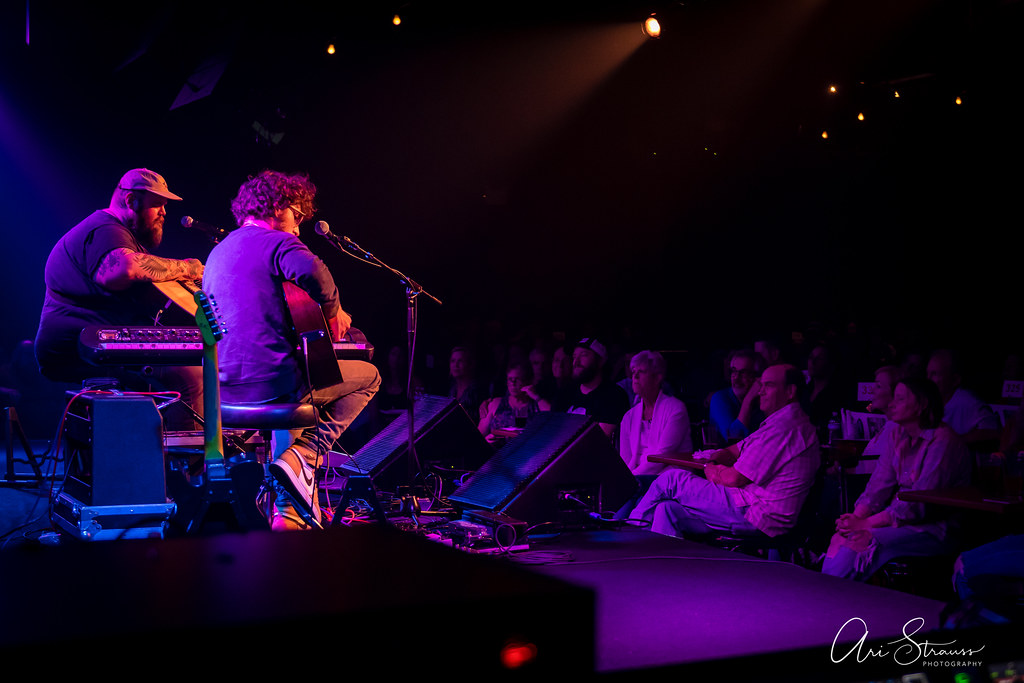 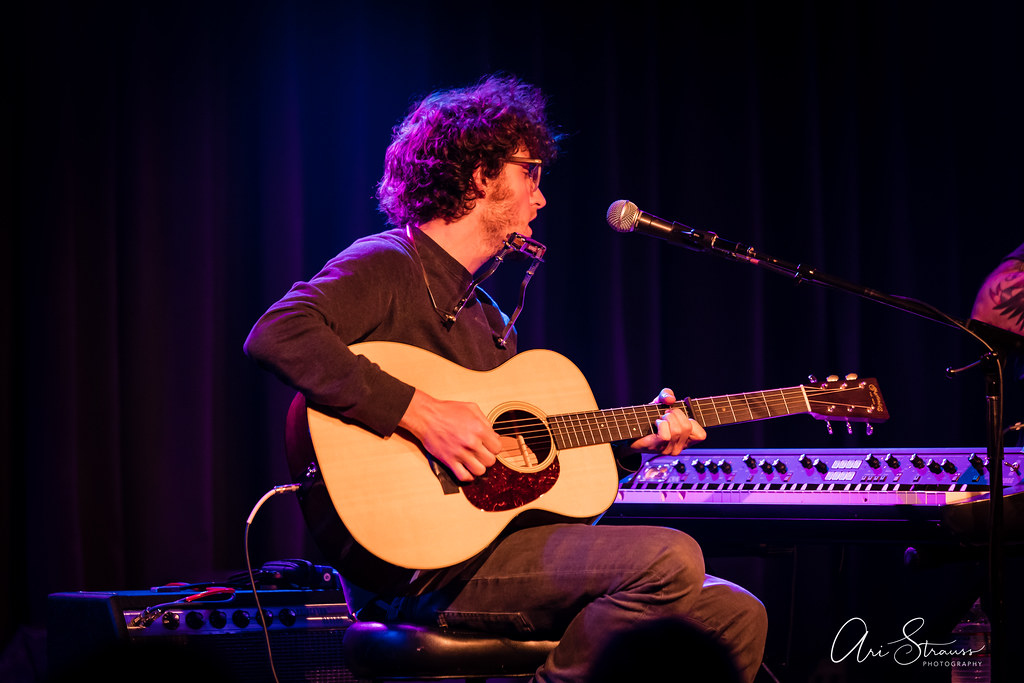 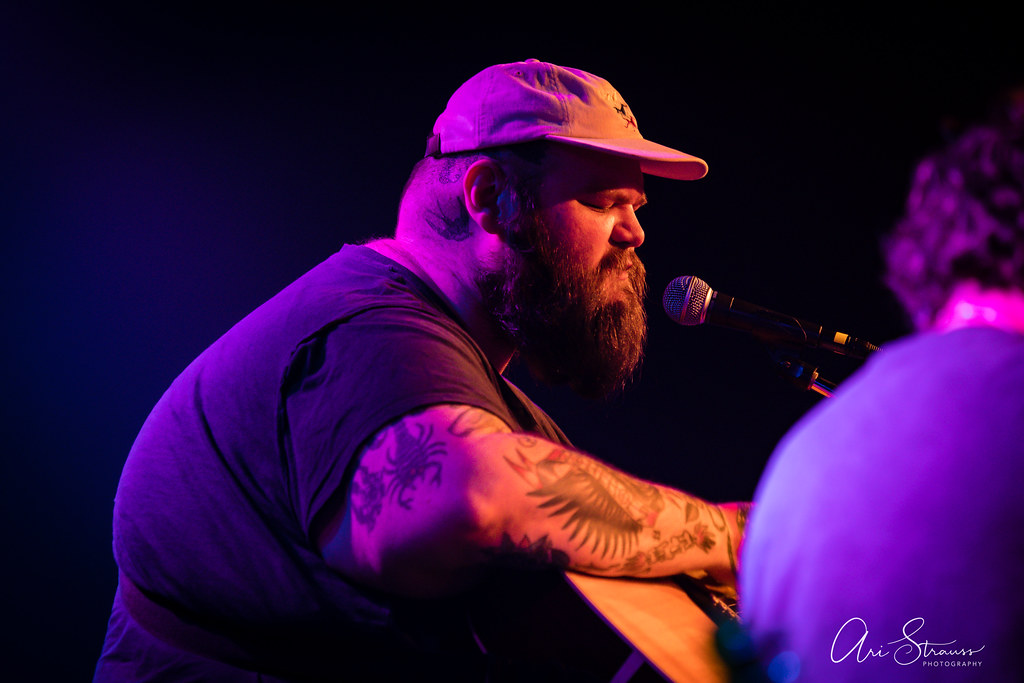 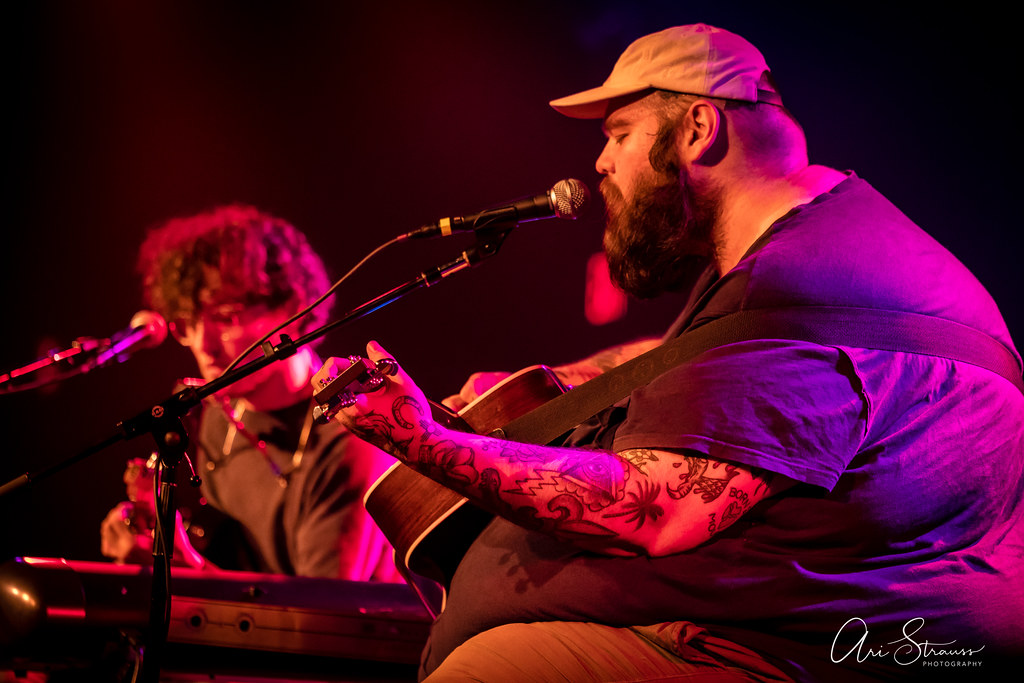 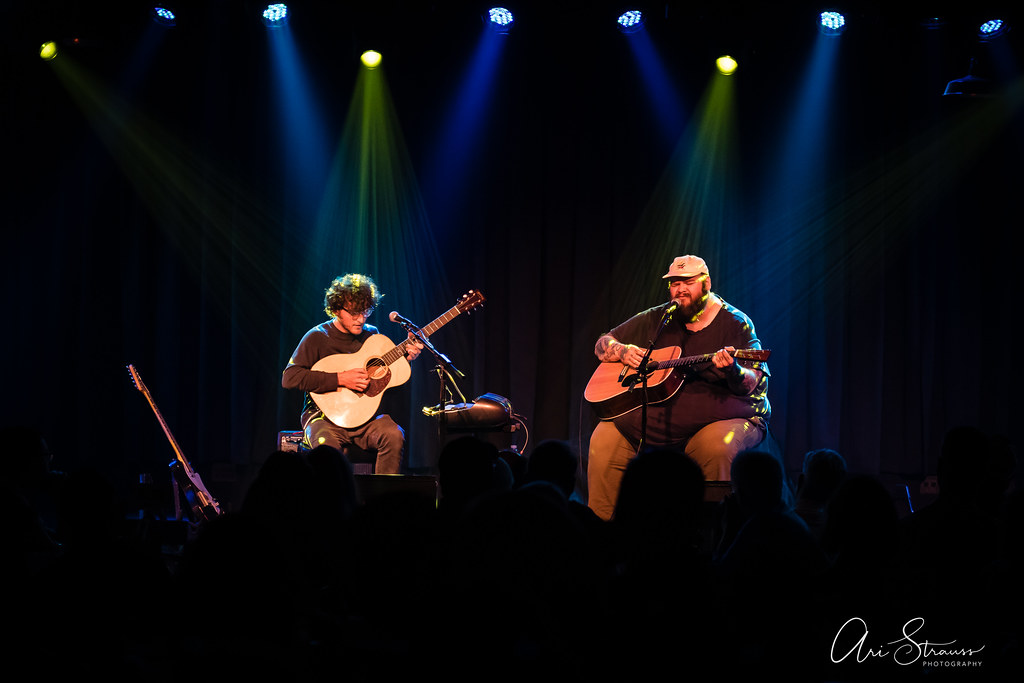 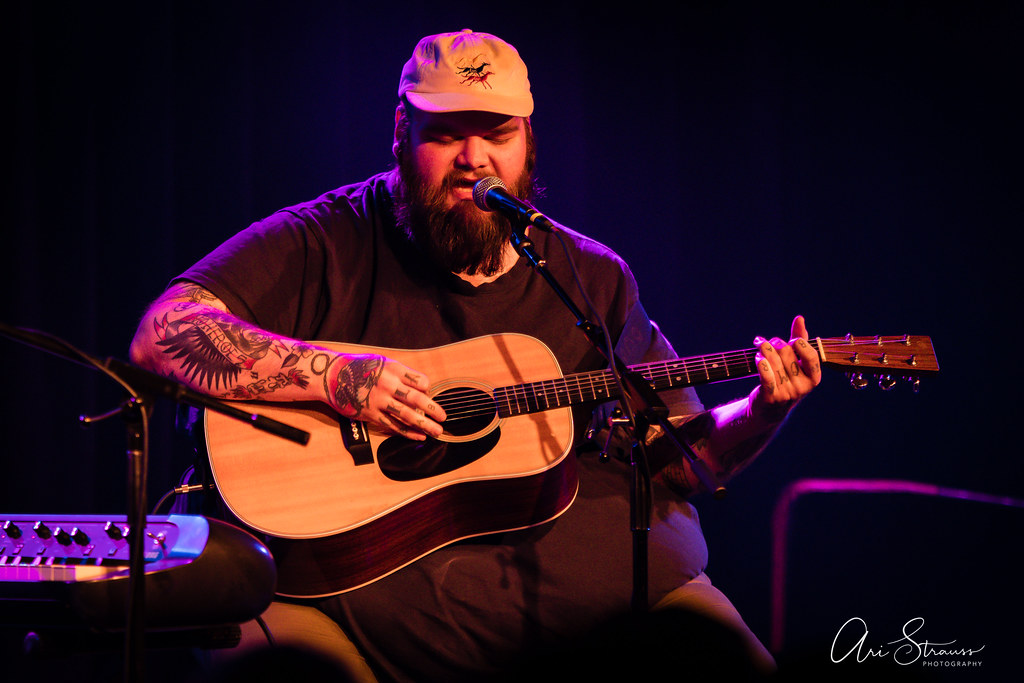