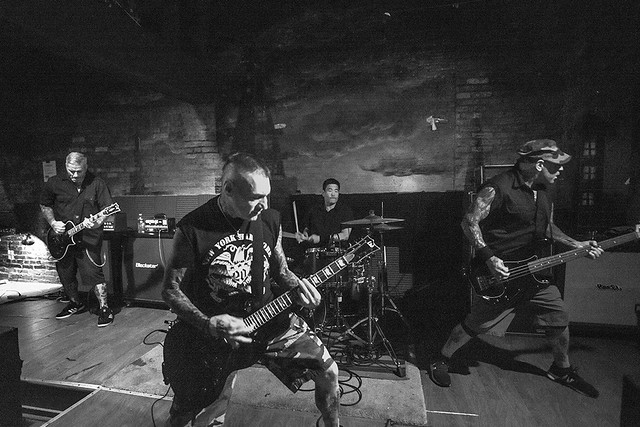 The Godfathers of hardcore, Agnostic Front, recently graced the stage at Cafe 611 in Frederick, Maryland, during a DC-area stop of their tour celebrating the 35th anniversary of their debut studio album Victim in Pain. Throughout the years since their first release, the New York Hardcore legends’ sound has evolved while still retaining the essential elements that have cemented their status as a band whose style is so often emulated. 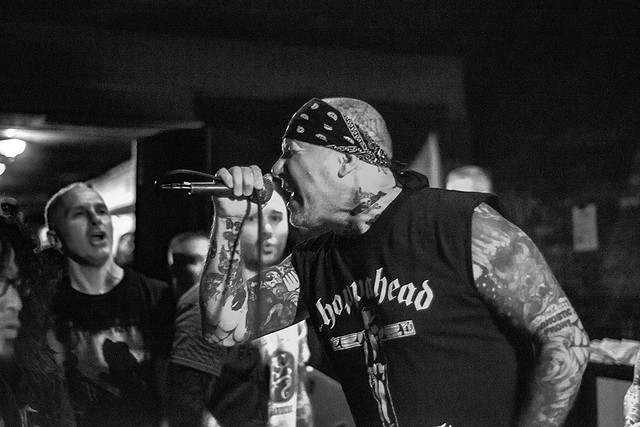 One constant of the band has been the telling of the universal story of street punks from all over the world in a way that promotes principles of unity and loyalty, on top of aggressive guitar riffs. One glaringly noticeable difference between old-school, and current Agnostic Front is that their compositions have become much longer. 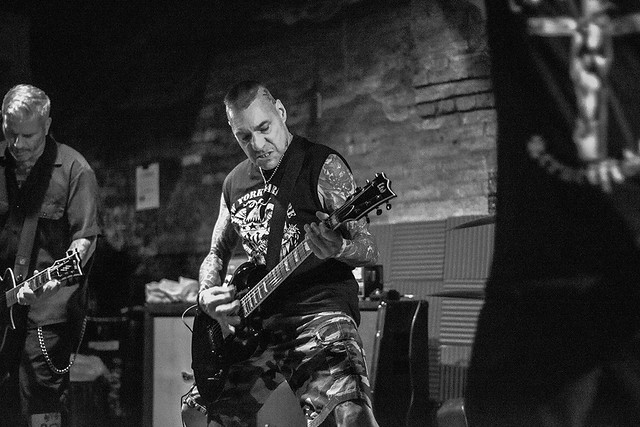 The brevity of the songs from the Victim in Pain era turned out to be fitting on a night celebrating 35 years, as the band was able to perform over half of the album while incorporating more recent fan favorites into the setlist as well. Packing song after song into the set wasn’t hurt by what seemed to be millisecond breaks between songs with minimal banter aside from Roger Miret’s rapid-fire announcement of each song title. 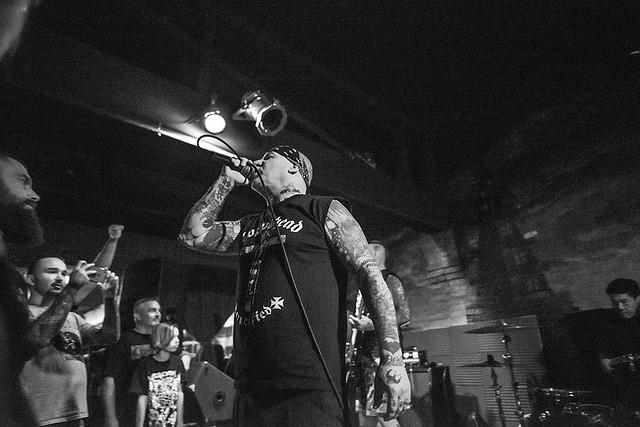 Just about halfway through the set — after playing “Peace” — vocalist Roger Miret announced that the next song would be coming from their next album Get Loud! “Spray Painted Walls” did not disappoint. Get Loud!’s lead single gallops along at a frantic pace and contains copious amounts of thrashy guitar riffs and precise double bass drum patterns — the perfect recipe for a burgeoning circle pit. 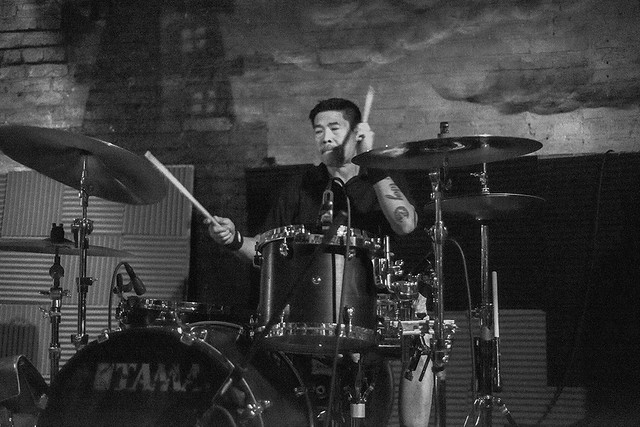 Get Loud! drops Nov. 8 through Nuclear Blast Records. Take a listen to “Spray Painted Walls” by Agnostic Front on YouTube:

As the show began to draw to a close, the energy in the room was still at a fever pitch. With everyone still moshing, circle-pitting, and crowd surfing, Roger took the time to spill the beans that Agnostic Front would be returning to DC in December and performing with Slapshot.

Buy your tickets online for Agnostic Front with Slapshot at The Pinch in DC on Dec. 11! 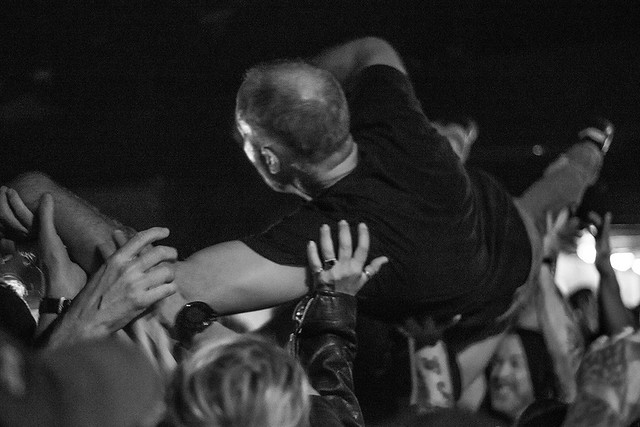 After assuring everyone that they would be returning soon, Agnostic Front wrapped up the evening with one final original, “Gotta Go,” and one cover, “Blitzkrieg Bop” by the Ramones, to end the night.

Here are more pictures of Agnostic Front performing at Cafe 611 on Oct. 3, 2019. All photos copyright and courtesy of Rashad Polk. 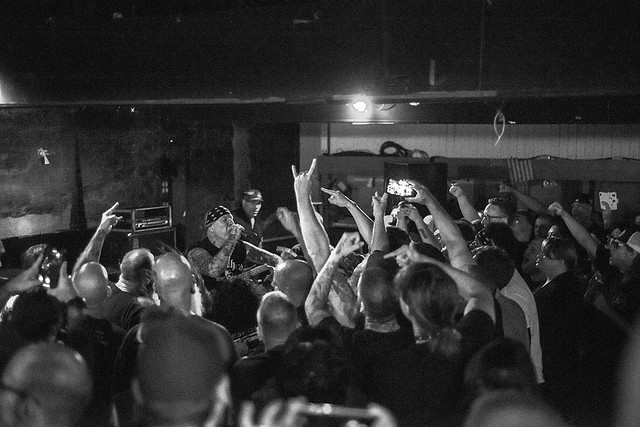 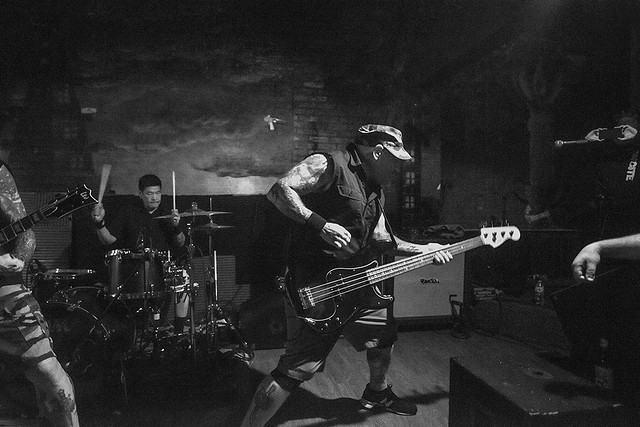 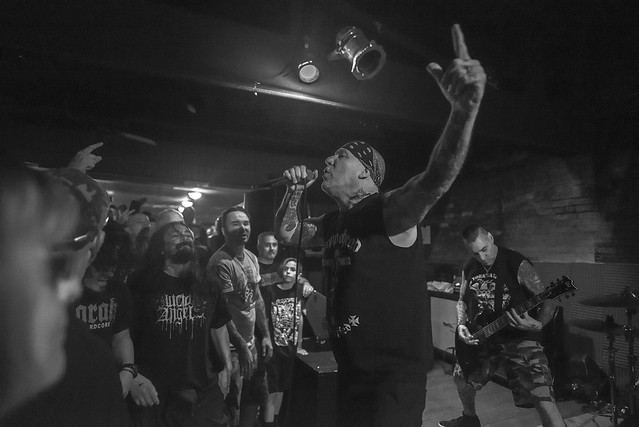 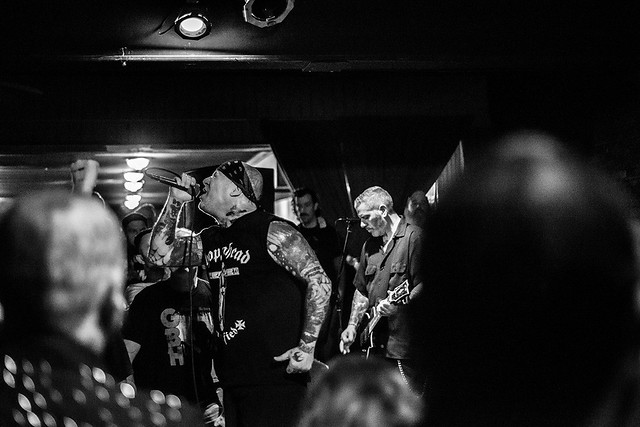 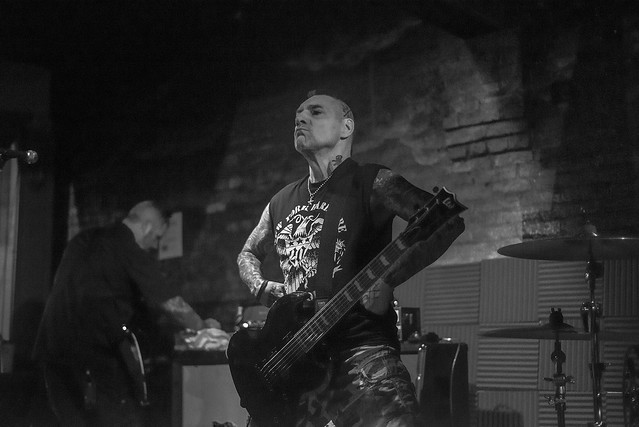 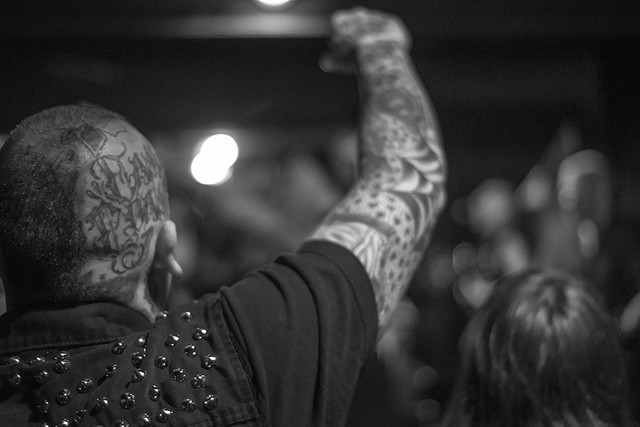 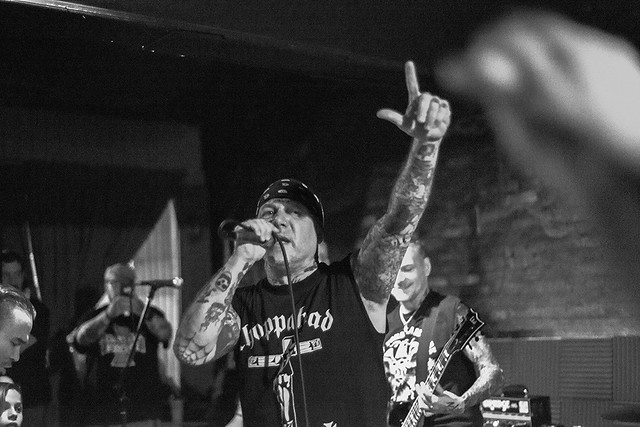 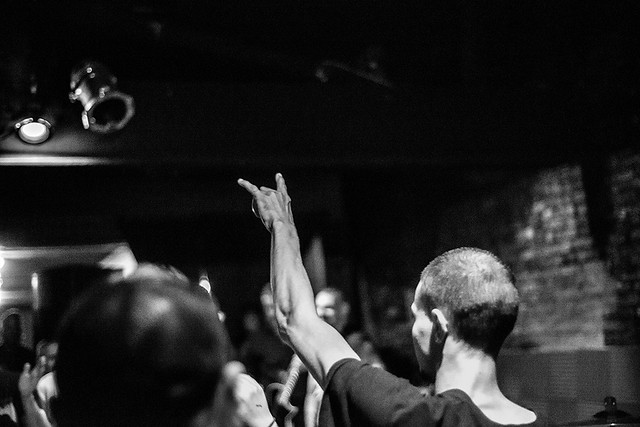 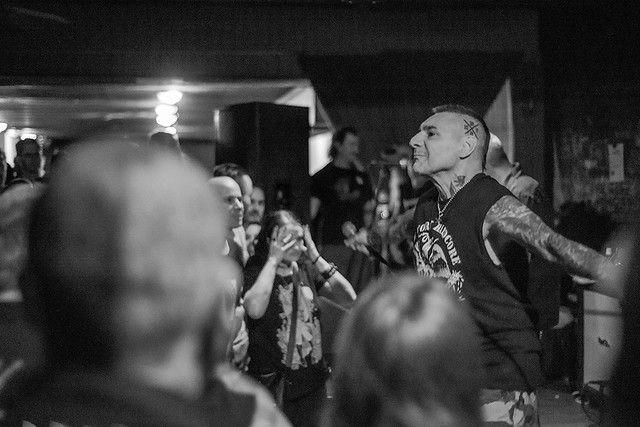 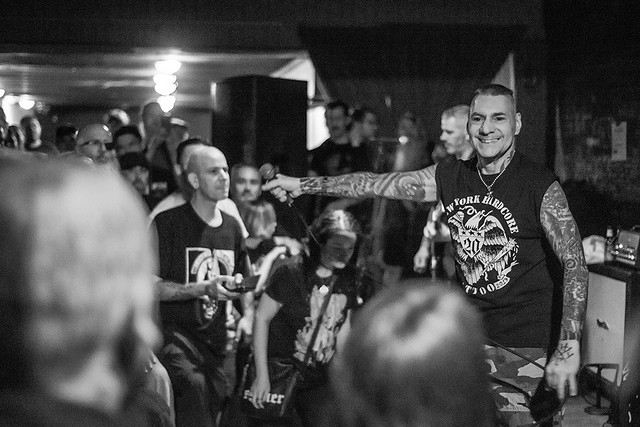 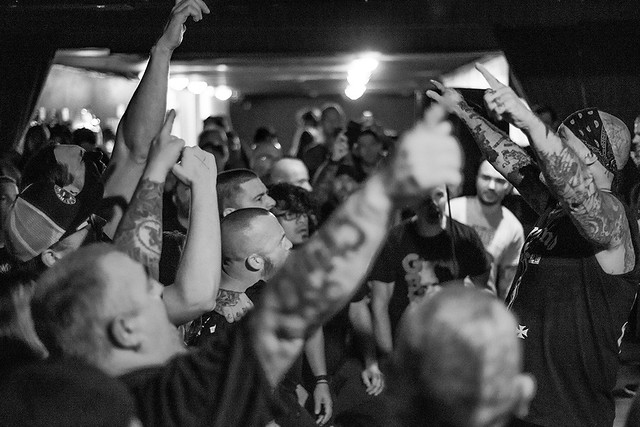 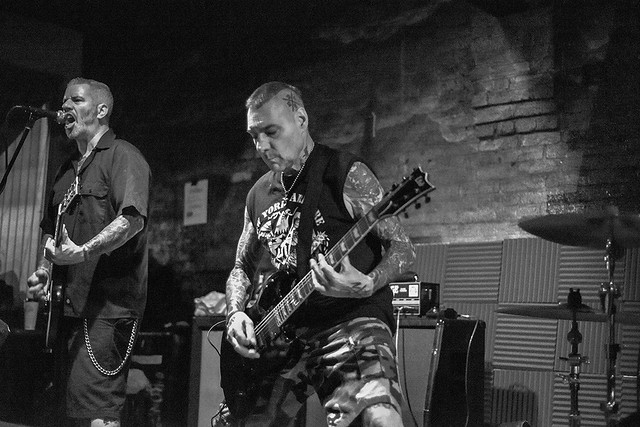 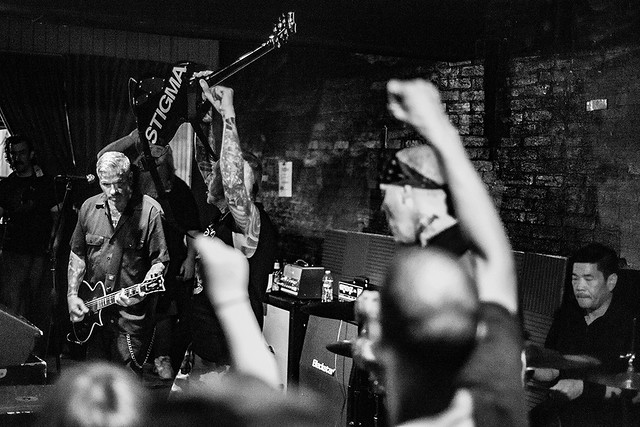