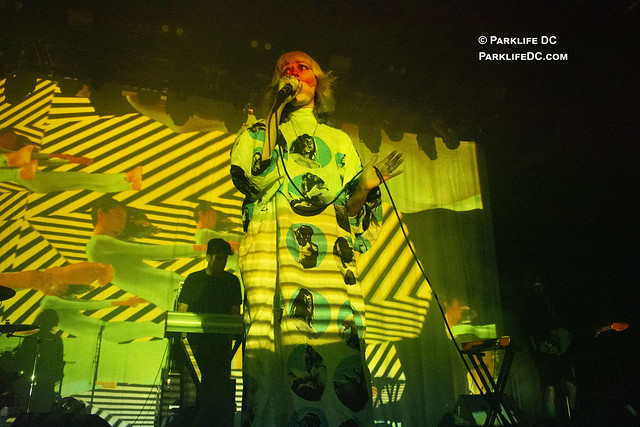 Ladytron opened the show with “Black Cat,” sung in Bulgarian by Mira Aroyo, and you could be excused for believing you were watching the timeless synthpop band eight years ago — when the quartet visited last visited Brooklyn.

But no, it was indeed 2019, and Ladytron also played a host of new songs from an exciting new self-titled album released in February. It was a very welcome return indeed when the band performed at Brooklyn Steel recently!

The first thing to recall about Ladytron is that they are truly *cool.* So they showed little emotion other than the occasional sly smile as they took their synthesizers on the stage. Ageless Mira seemed the picture of continuity in the band — she sounded perfect and lent an air of mystery to the show. Since the dawn of ’70s new wave, synthpop has long had a strong connection to Eastern Europe, where dance music provided a creative outlet as well as a form of protest. Born in Bulgaria, Mira carried that connection forward to Ladytron’s thoughtful, reflective music from her synthesizer in our view.

As we may recall, Mira and fellow vocalist Helen Marnie were recruited by Daniel Hunt and Reuben Wu in Liverpool in 1999 to become the most potent new wave band of the 21st Century. Daniel and Reuben were on hand too of course, positioned in the back of the stage. Daniel lurked in the shadows with his guitar during the show at Brooklyn Steel on Oct. 2, providing warmth from his guitar to the occasionally froid tones of the synthesizers. By contrast, Reuben stood firmly stage center, Ladytron’s film show projected over his head, on his face, engulfing him — intently, silently, beautifully.

On stage left, Helen sang “Ghosts,” lending her instantly recognizable soprano, which melded so wonderfully with Mira’s lower contralto range when the two sang together. “Ghosts” and the earlier “Black Cat” both hailed from Ladytron’s magnificent fourth record, Velocifero. You might have believed that Ladytron would soon go out with a bang in 2011 with a strong greatest hits package and a fifth record, Gravity the Seducer.

But what a sixth record is Ladytron — and well worth the wait! The band dedicated seven of 17 songs in their set to the new album on Oct. 2, and the bustling full house at Brooklyn Steel couldn’t have been happier.

Stream Ladytron by Ladytron on Spotify:

Early in the show, Ladytron played “Islands,” the superbly poetic ode to goodbyes and change. Helen sang the song hypnotically, walking to the center of the stage in almost unrecognizable style — her traditionally dark hair was blonde, her body clad in a flowing mumu. Soon, Ladytron performed another new single, “The Animals,” a reflection on a godless existence, and the large concert hall was entranced. Throughout the show, touring drummer Billy Brown tackled songs new and familiar head-on as if he were born to play them.

At about one-third through the show, Ladytron added “Paper Highways,” my favorite of their new songs, to the set. Mira took lead vocals on the thrilling number, which spoke elegantly of the passage of time. It was a joy to hear those thunderous synthlines live.

And everyone in the house was pleased by the encore, which presented “Seventeen” from Ladytron’s sophomore album, Light & Magic, and “Destroy Everything You Touch,” from the highly regarded Witching Hour, the 2005 record that continues to put them on the indie pop map. Make no mistake, “Destroy,” an exhilarating and sumptuous breakup anthem, remained an intoxicating song to cap the evening. It alone was well worth the price of admission.

Over the past week, Ladytron performed a spate of USA and Canadian dates, leaving North America after an Oct. 5 show in Toronto. They have a trio of dates in the United Kingdom in a few weeks, and then the band returns for USA dates in Chicago and the West Coast in December:

Here are some photos of Ladytron performing at Brooklyn Steel on Oct. 2, 2019. All photos copyright and courtesy of Mickey McCarter. 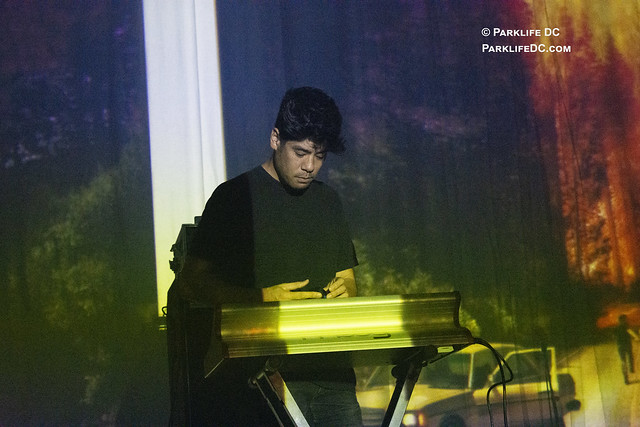 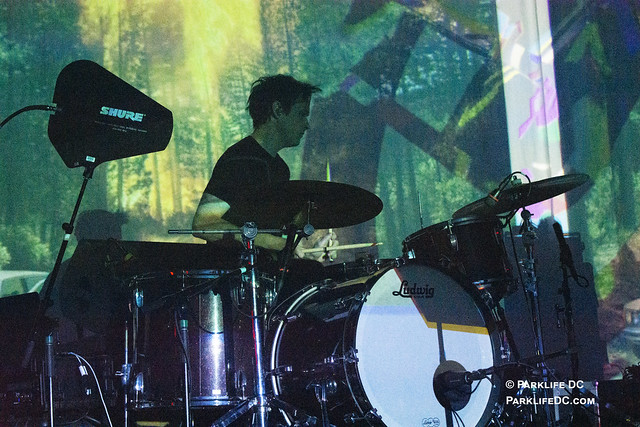 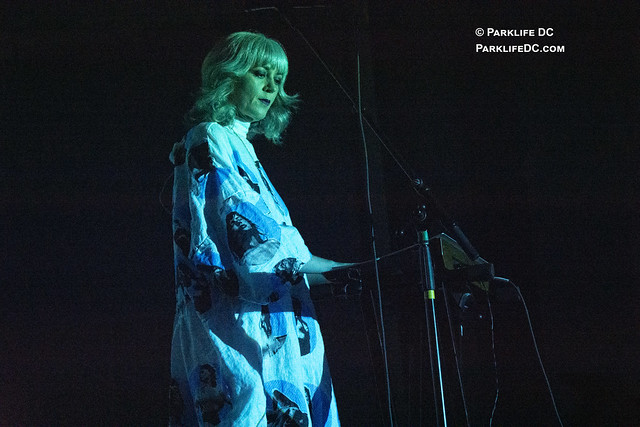 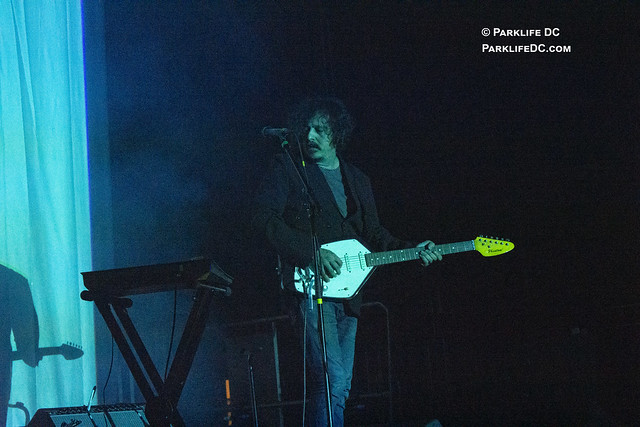 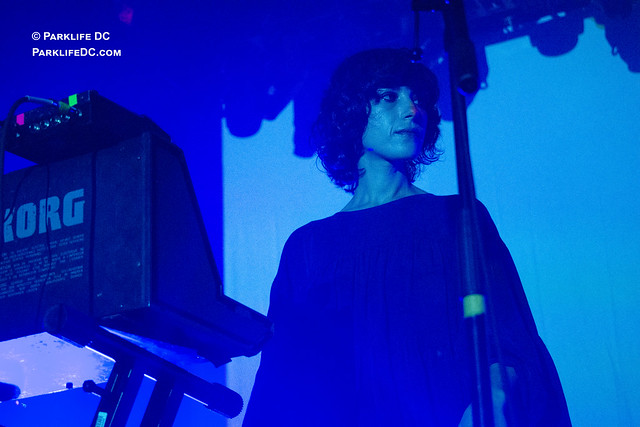 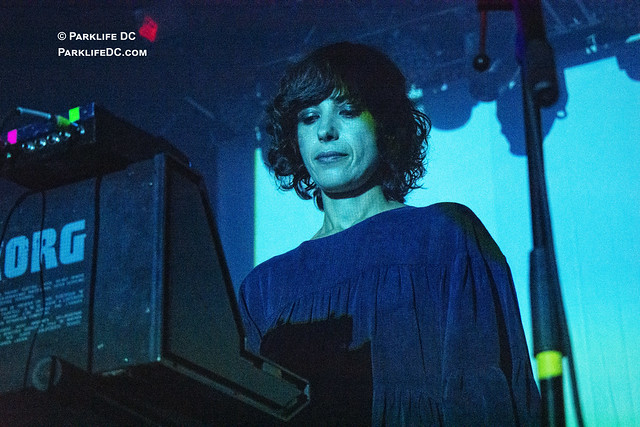 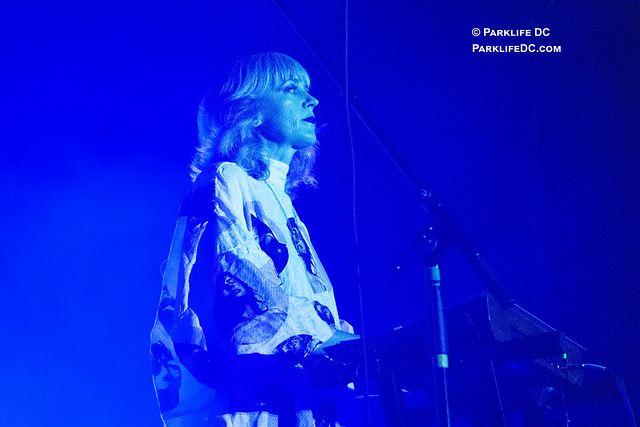 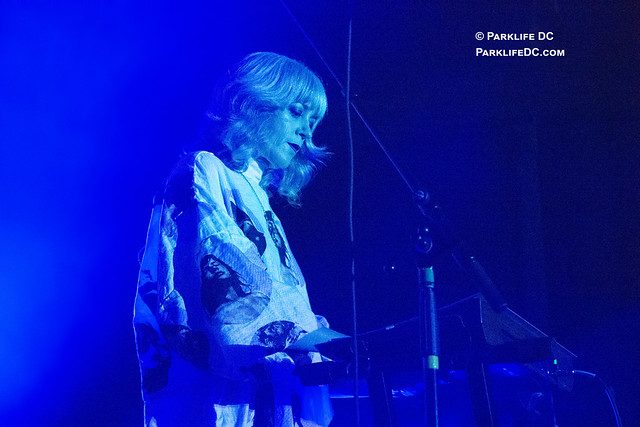 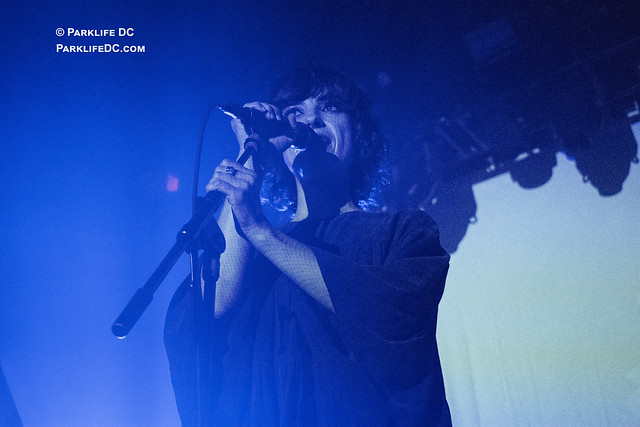 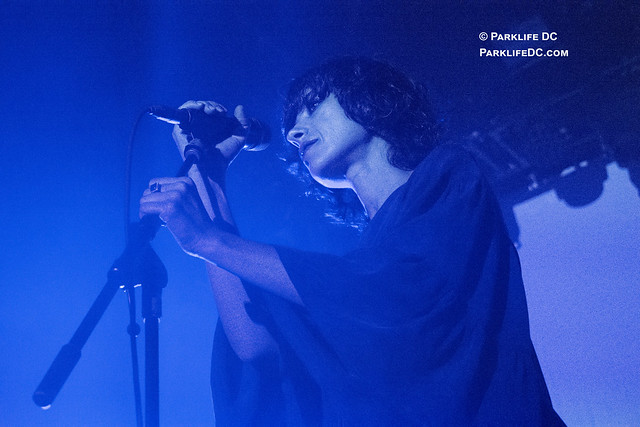 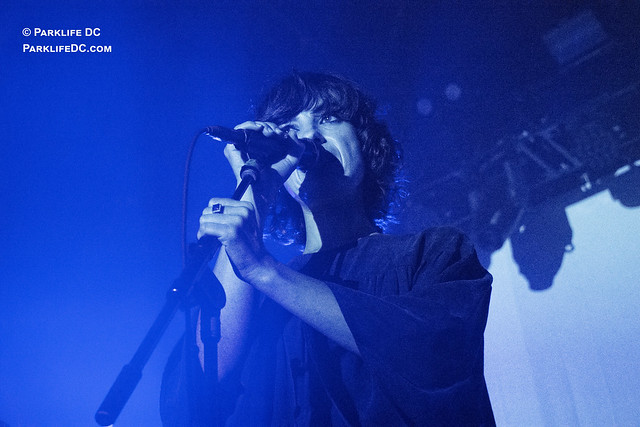 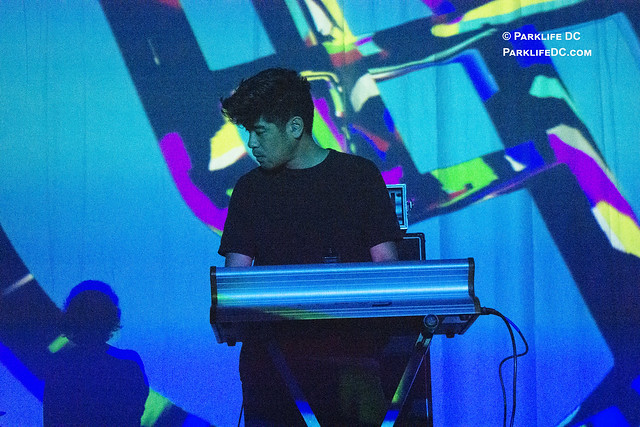 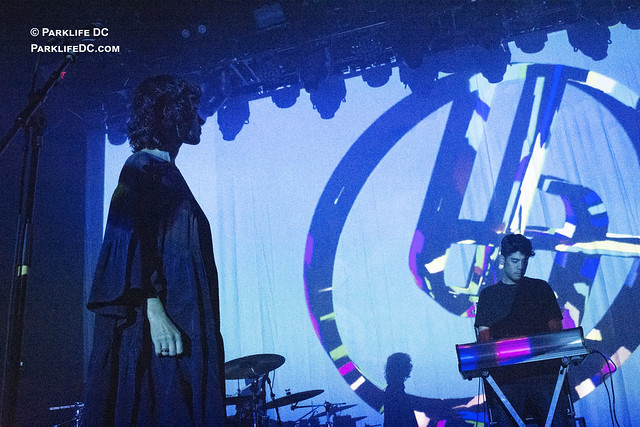 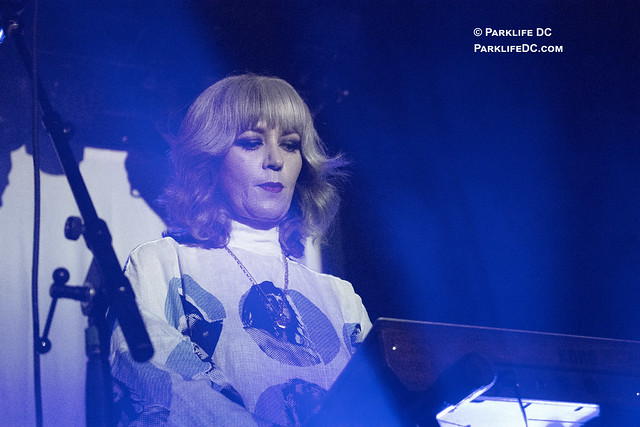 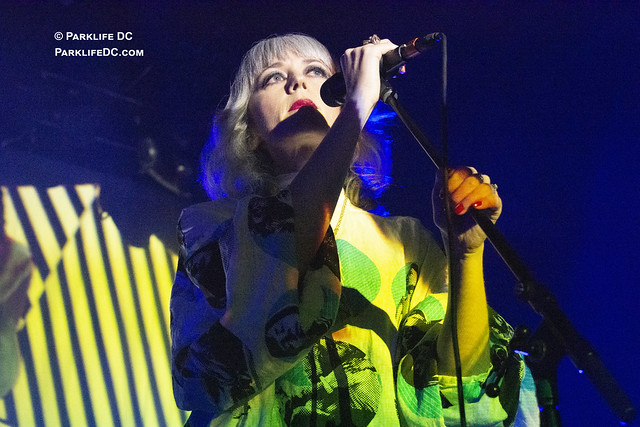 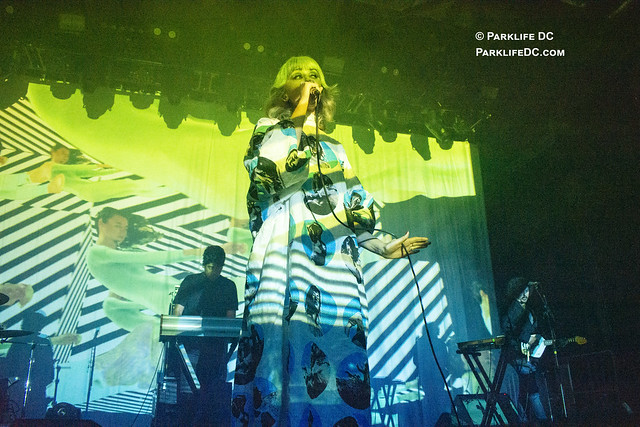 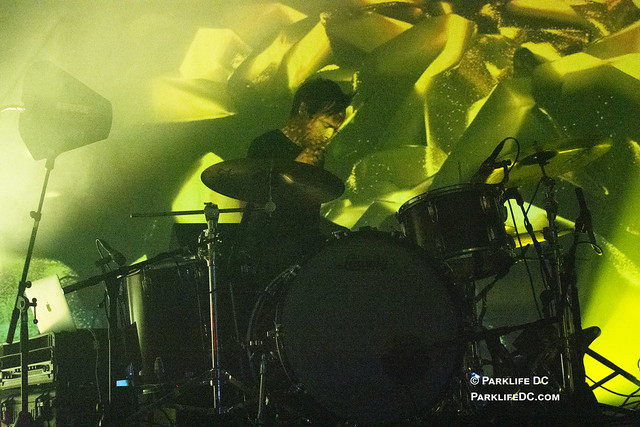 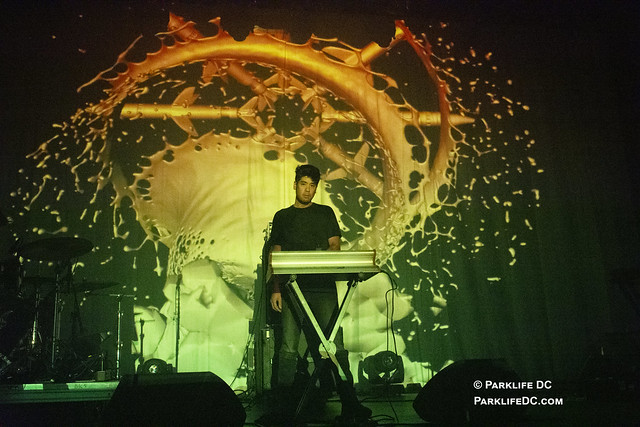 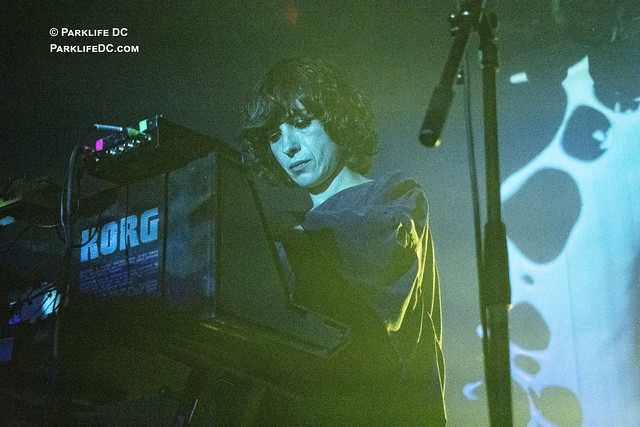 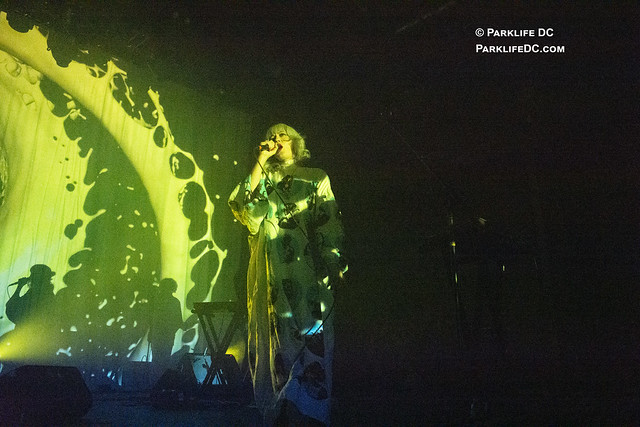 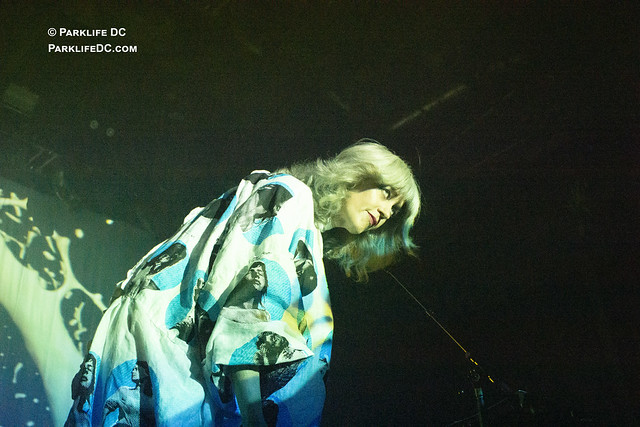 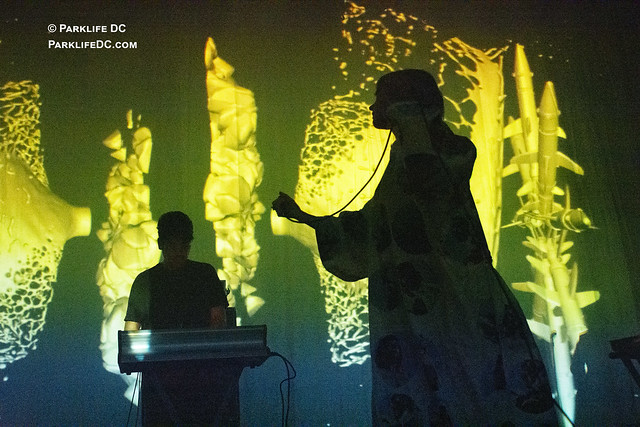 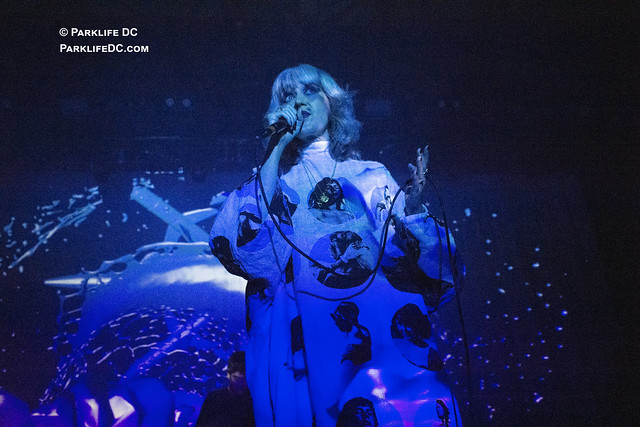 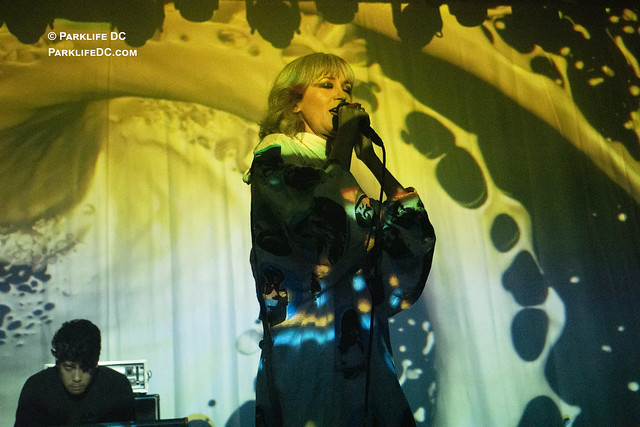