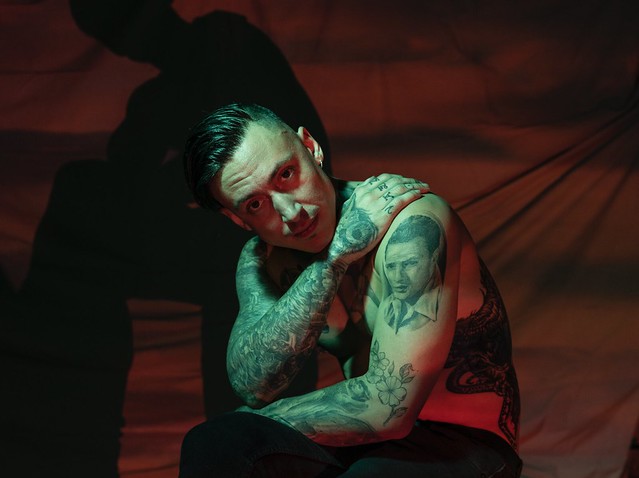 Noah wrote about the album upon its release: “on valentines day, 2019, i was in bed with my girlfriend, in a hotel room in seattle, tripping on mushrooms. i was showing her bits and pieces of the album in its then unfinished form. at the time it was going to be called ‘i hope you meet everything you fear.’ i guess it still could be. but as i was hearing the songs outside of my own ego, i began to see a pattern. or more so a person. a boy. a boy who had tried really hard for a long time to fill a space in his heart. a boy who didn’t know how to be alone, but regardless spent most of his time floating in his own head. a boy who really, really wanted to experience love a majestic love, an epic love. and in the end, a boy who didn’t have anything to prove anymore.”

Watch the official music video for “Lover” by Noah Gundersen on YouTube:

In a review for No Depression, John Amen wrote: “At the heart of Noah Gundersen’s evolution is an ongoing quest — mostly successful, occasionally not — to reconcile a uniquely tragic vision with buoyant formulae; i.e., über-confessionalism (think Plath, Sexton) channeled through quintessentially accessible (pop) sounds and structures. The tracks on Lover cover a wide aesthetic, emotional, and musical spectrum. In addition, Gundersen’s current trajectory seems replete with creative possibilities and options, an indication of vital work to come.”