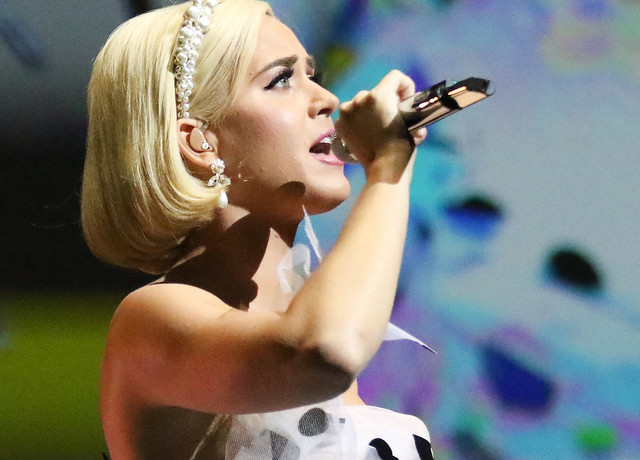 “I’m always searching for something — searching for light and searching for consciousness and deeper meaning — and this is the No. 1 thing that has brought me that,” Katy said. “And of course it has helped with many hangovers!”

“Transcendental meditation” was the phrase of the day as Katy appeared to headline the Silence the Violence Concert, a benefit for the David Lynch Foundation. Lynch Foundation CEO Bob Roth served as emcee for the evening on Oct. 11 as several other prominent musicians performed short sets to raise money to support classes and workshops to bring transcendental meditation to 10,000 disadvantaged youth in DC’s Wards 7 and 8 in partnership with THEARC (Town Hall Education Arts Recreation Campus).

Bob emphasized the foundation’s belief that meditation can promote cognitive development, reduce stress, combat depression, and generally help young people focus on becoming successful. While Bob touted the benefits of meditation at The Anthem in a congenial fashion, he delighted most as a straightman to Katy’s affectionate comedic observations that music and meditation “always set her straight” — even after a night of drinking.

Katy Perry began a short set with “Chained to the Rhythm,” her fifth album, giving that 2017 first single a full airing with the backing of the talents of The Celebration Gospel Choir. After thanking her orchestra, Katy sang “Roar” from her fourth studio album, 2013’s Prism.

In performance, Katy exercised precise control to boom her powerful voice across The Anthem, in particular for the “oh oh oh” refrain in “Roar.” Impeccably clad in a polka dot dress, the fresh-faced cultural icon seemed perfectly home on stage at The Anthem, suggesting perhaps she should favor 6,0000 capacity venues to 20,000 capacity arenas more frequently!

Katy continued her five-song set with “Wide Awake” from her third album, Teenage Dream, and “Rise,” the standalone single recorded to herald the 2016 Olympics. The string section of Katy’s orchestra was suitably rousing during the soaring performance of “Rise.” After “Rise,” Katy brought Bob Roth on stage and sang “Happy birthday” to him in recognition of his birthday on the previous day.

Closing the evening, Katy blended “Oh Happy Day,” the 1967 version of a gospel hymn arranged by Edwin Hawkins Singers, with her own “Firework,” also from Teenage Dream.

Watch the official music video for “Rise” by Katy Perry on YouTube:

In addition to Katy, the concert featured R&B diva Mavis Staples, folk chanteuse Norah Jones, and singer-songwriter Jeremy Elliot. Mavis Staples was a force of nature. At 80 years old, the Chicago-born gospel singer sounded more powerful than ever. Mavis sang four songs with The Celebration Gospel Choir, surprising me quite a bit with the decision to cover The Band by singing “The Weight.” Mavis closed her too-short set with the enduring civil rights anthem, “I”ll Take You There.”

Norah performed four songs, including “Just a Little Bit” from her new album, Begin Again, released this year via Blue Note Records, and of course “Don’t Know Why,” the hit song Norah released in 2002, covering Jesse Harris & the Ferdinandos for her debut album, Come Away with Me.

Visit the website of the David Lynch Foundation for more information on its work to promote transcendental meditation.

Here are some pictures of artists and hosts of Silence the Violence at The Anthem on Oct. 11, 2019. All photos copyright and courtesy of Dave Barnhouser, 13th Hour Photography. 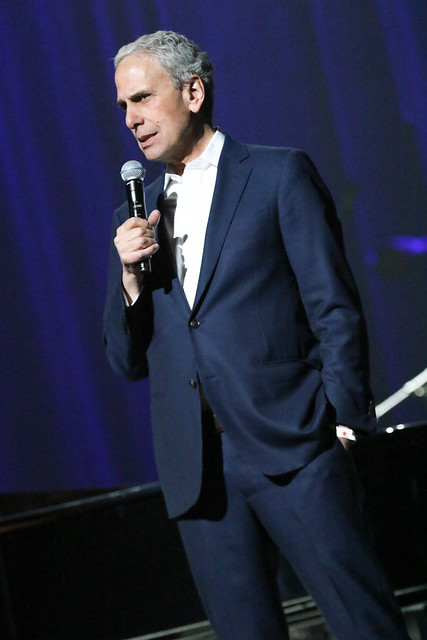 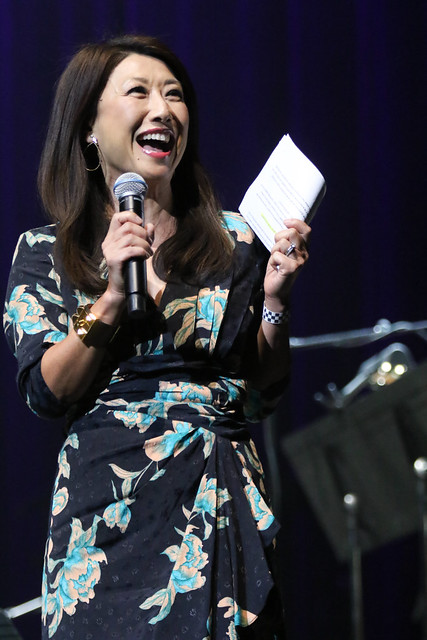 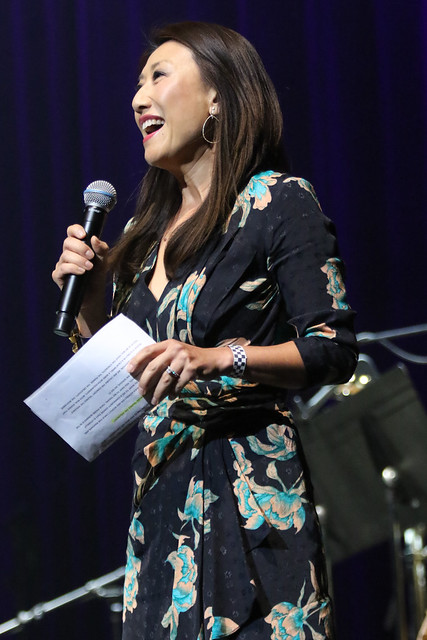 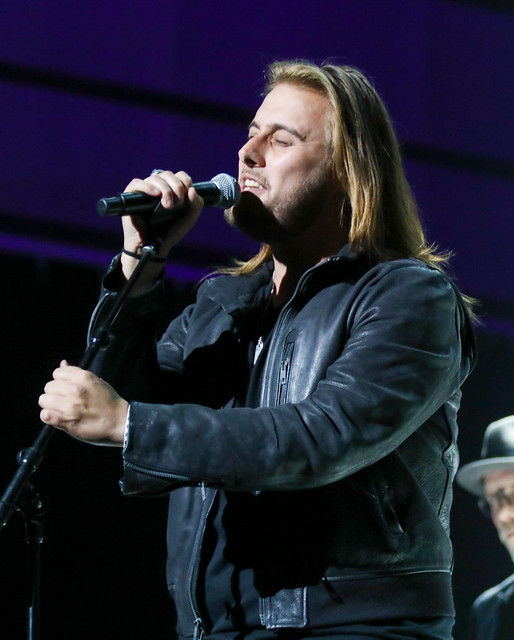 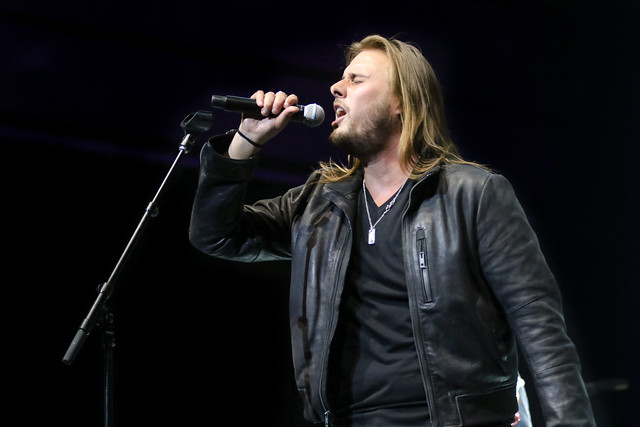 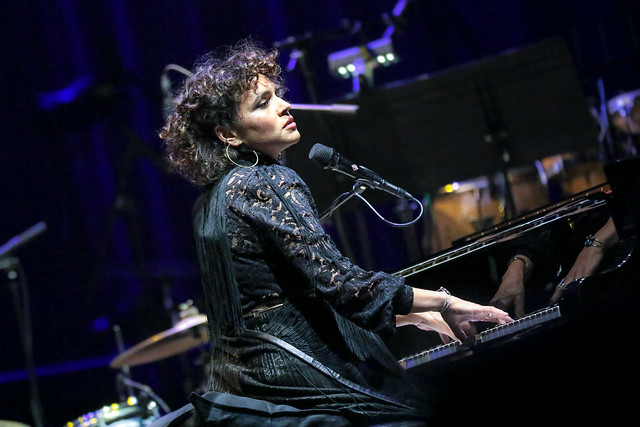 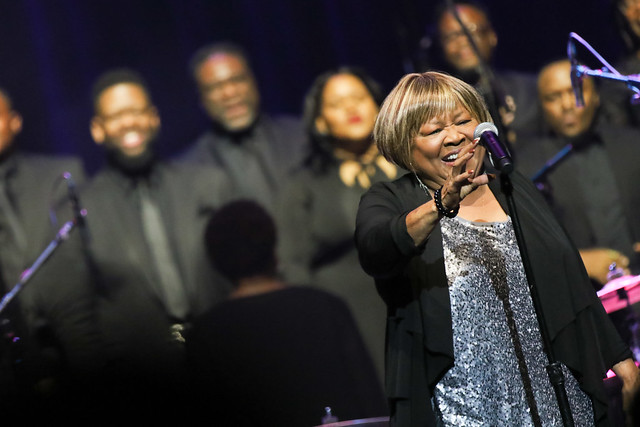 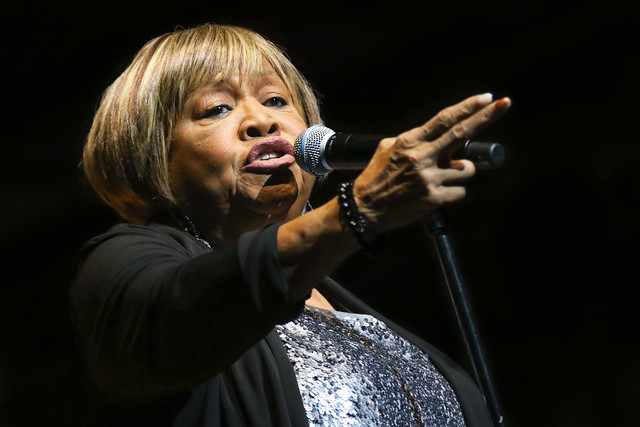 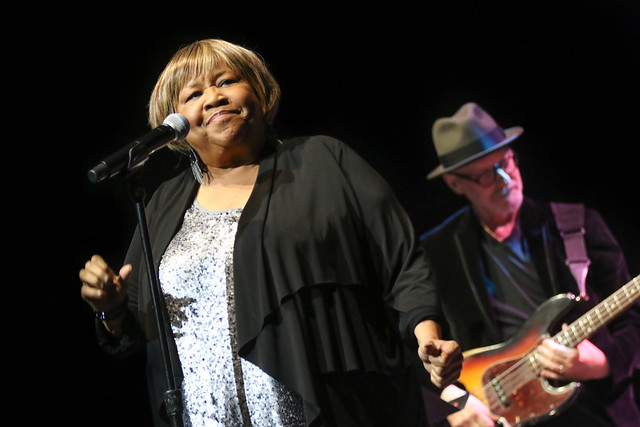 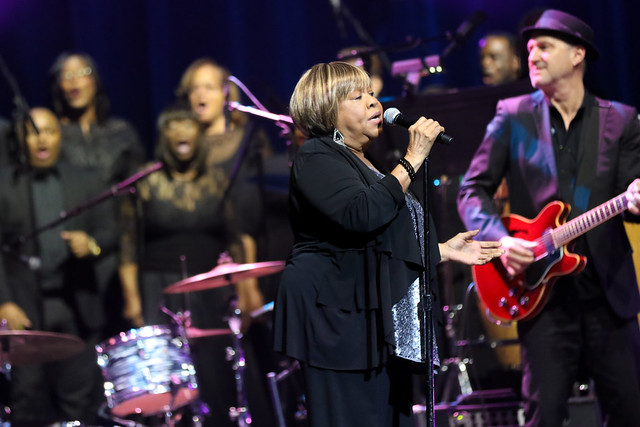 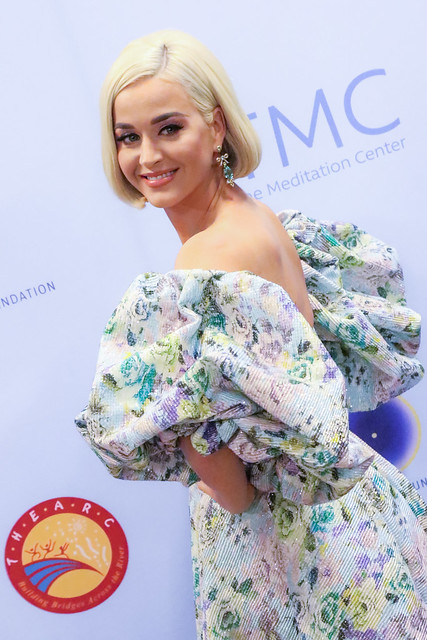 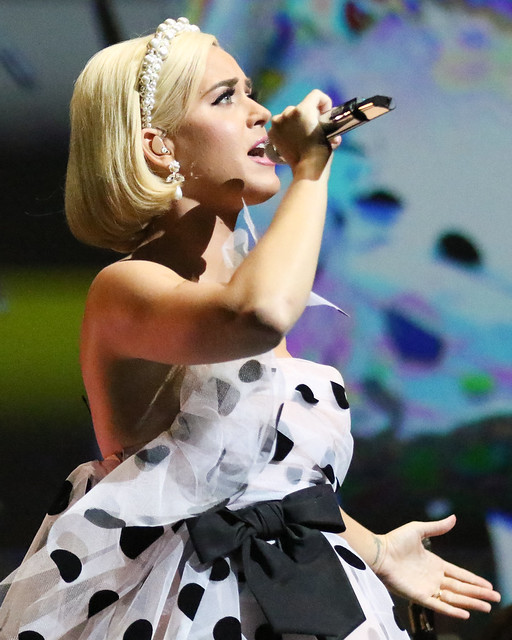