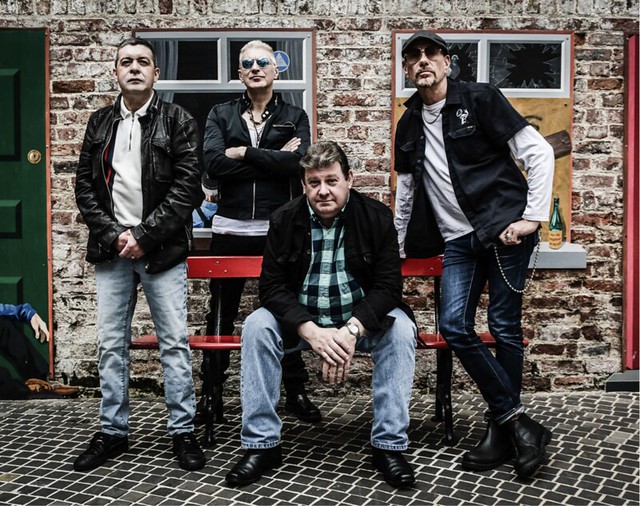 Stiff Little Fingers include founding members Jake Burns (vocals and guitar) and Ali McMordie (bass) as well as now celebrated bandmates Ian McCallum (guitar) and Steve Grantley (drums). To celebrate 40 years of Inflammable Material, the gents play the album in its entirety at Black Cat, the only place in DC worthy of hosting this melodic force for political consciousness.

In 1979, Stiff Little Fingers became the first band ever to hit the UK Top 20 album charts on an independent label with Inflammable Material. The album chronicles the band’s anger and frustration at “the Troubles” in Northern Ireland, and calls on youth to create their own reality.

In a review for AllMusic, Thom Jurek called the purchase of Inflammable Material a priority.

“Stiff Little Fingers were Ireland’s answer to both the Clash and the Sex Pistols. They had the personal and political stance of the former, and the noisy, pissed off, slash-and-burn musical aesthetic as the latter,” said Thom.