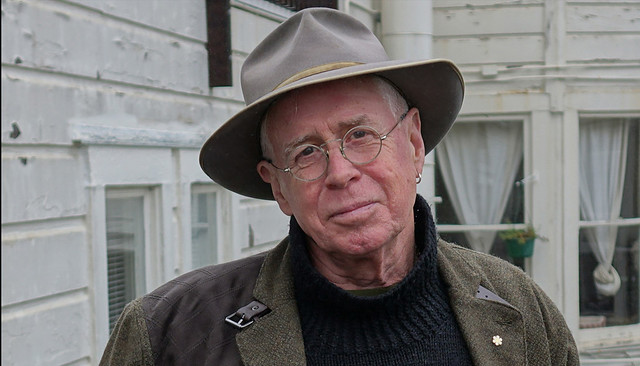 The title of the new album, Crowing Ignites, is a literal translation of the Latin motto “Accendit Cantu” featured on the Cockburn family crest. Although a little puzzling, Bruce liked the feeling it conveyed: “Energetic, blunt, Scottish as can be.” The album’s other nod to Cockburn’s Scottish heritage is heard on “Pibroch: The Wind in the Valley,” in which his guitar’s droning bass strings and melodic grace notes sound eerily like a Highland bagpipe.

“I’ve always loved pibroch, or classic bagpipe music,” Bruce said. “It seems to be in my blood. Makes me want to sip whisky out of a sea shell on some rocky headland!”

Stream “Pibroch: The Wind in the Valley” by Bruce Cockburn on YouTube:

More than 40 years since Bruce embarked on his singer-songwriter career, he continues pushing himself to create — and winning accolades in the process. Most recently, the Order of Canada recipient earned a 2018 Juno Award for Contemporary Roots Album of the Year, for Bone on Bone, received a Lifetime Achievement Award from SOCAN, the Peoples’ Voice Award from Folk Alliance International and was inducted into the Canadian Songwriters Hall of Fame in 2017. Cockburn, who released his memoir, Rumours of Glory, and its similarly titled companion box set the same year, shows no sign of stopping.

As his producer-friend Colin Linden says: “Like the great blues players he admires, Bruce just gets better with age.”