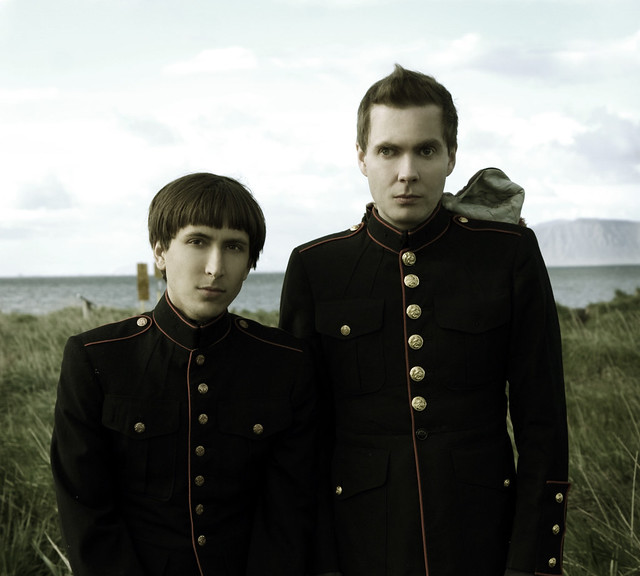 Ambient duo Jónsi & Alex — that is to say, Jónsi from Sigur Rós and his partner, renowned film composer Alex Somers — performs at the Lincoln Theatre on Monday, Oct. 28, to celebrate the 10th anniversary of the act’s debut album, Riceboy Sleeps.

Earlier this year, Jónsi & Alex released a remastered version of Riceboy Sleeps. Then, in October, they surprised the world with a second full-length album, Lost & Found, earlier this month.

“Lost And Found is a sibling album to Riceboy Sleeps. It falls somewhere between what was, what is, and what will be. Tape experiments, modular synth processing, and acoustic soundscapes drift in and out of focus. Sound friends that you may have heard or seen before appear; familiar, but different. The album has no linear relationship to Riceboy Sleeps…. It treats Riceboy Sleeps as a place to begin and finds moments from that album to open up to new moments that at times give glimpses of places within Riceboy Sleeps and at other times put you somewhere entirely new,” said Alex.

Jónsi & Alex recently released a video detailing the idiosyncratic process of re-arranging their music for orchestra, including recreating extra-musical sounds from the album with whirly tubes, broken glass, rustling plastic bags, and more.

Watch a documentary video on the Making of the Riceboy Sleeps Tour with Jónsi and Alex Somers on YouTube:

The music is creative, ethereal and beautifully arranged with a live orchestra bringing to life the ambient experience with a deeply moving performance. This first-ever tour of the music features proper live performances with the Wordless Orchestra and Choir.