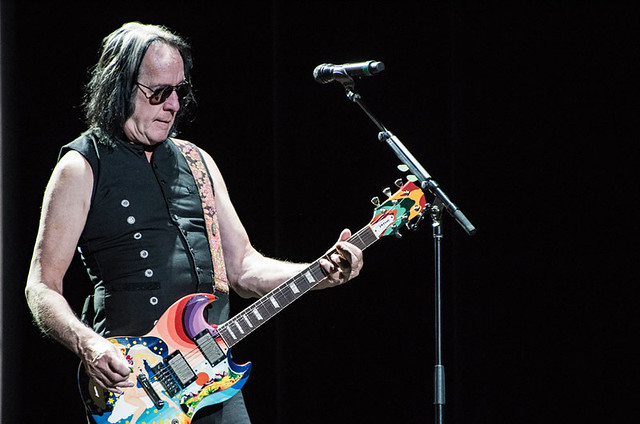 Before the show, I was chatting with the woman sitting next to me about who we were looking forward to seeing and what songs we wanted to hear. Soon the conversation turned to tribute and anniversary concerts and why Rundgren, Cross, and company were undertaking this tour. The question got me thinking… the cynical among us might see these types of shows as nothing more than “cash grabs.” But these days, I’m trying to fight cynicism and, well, why not? When did working (and getting paid) for a living become a bad thing?

Sometimes, though, the simplest explanation is the right one — that musicians just want to play music they love with people whose company they enjoy to an audience that shares that love.

Musicians of this stature have earned the right to play any music they wish, with anyone they choose: American singer-songwriter Christopher Cross won five Grammy Awards for his eponymous debut album (1979) and his hit, “Sailing,” which reached No. 1 on the Billboard Hot 100 chart in August the following year. Todd Rundgren founded Nazz, the quintessential 1960’s psychedelic group. He left in 1969 to pursue a solo career, releasing Something/Anything? (1972) which catapulted Rundgren into the superstar limelight. Micky Dolenz is perhaps best known as the goofy drummer from the legendary 1960s pop group, The Monkees. He’s gone on to become an accomplished actor, singer, director, producer, writer, radio DJ, inventor, and all-around performer extraordinaire.

Jason Scheff joined Chicago in 1985 as its lead singer and bassist and remained one of its principal songwriters and main contributors through 2016. Joey Molland is an English composer and rock guitarist with a five-decade recording career. His association with The Beatles goes back to Badfinger, the first band to be signed to the Beatles’ Apple label. Molland is the last surviving member from the band’s classic line-up. He continues to tour with Badfinger and is currently recording a new solo album. Filling out the band and providing expert backup were Darin Murphy (drums, vocals), Gil Assayas (keyboards), and Wayne Avers (guitar, keyboards).

The show turned out to be 2.5 hours long, which probably explained the somewhat on the early side start time. As “number 9, number 9, number 9” echoed through the Warner Theatre, the five principles and three backing musicians made their way onto the darkened stage, a few seconds later taking off with “Back in the U.S.S.R.” Mimicking the original album’s point/counterpoint, the opening sonic blast faded into the lovely descending riff of “Dear Prudence,” with Jason Scheff’s sweet tenor particularly suited to the song’s melody. “Won’t you come out to play” seemed an apt invitation for what became a wholly satisfying evening of song, memory (the crowd knew the lyrics to every song) and nostalgia.

Stream The Beatles by The Beatles, famously known as the “White Album,” on Spotify:

The show’s first five songs came from the White Album, followed by a short two song showcase from each star performer. Dolenz reprised two of the Monkees’ biggest hits, “I’m a Believer” and “Pleasant Valley Sunday.” Molland followed with a tribute to his late Badfinger bandmates performing “Baby Blue” (a personal favorite) and “No Matter What.” Scheff was next with Chicago’s “Hard to Say I’m Sorry” and a particularly explosive “25 or 6 to 4” that featured a scorching solo from backing guitarist, Avers. Consummate showman Rundgren took the stage for his two huge hits, “I Saw the Light” and the evening’s first crowd sing-along “Hello It’s Me.” Christopher Cross closed the solo set portion of the show with “Sailing” and “Ride Like the Wind.”

Returning to The Beatles for the next three songs to finish out the first set, Cross and Dolenz each performed stellar versions of “Honey Pie” and “Why Don’t We Do It in the Road?” before Rundgren returned brandishing “The Fool” guitar, to turn in a blistering “While My Guitar Gently Weeps.” 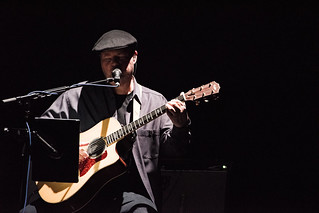 The second set opened with Christopher Cross performing a few of The Beatles’ gentler tunes (“Blackbird,” “I Will”) and a lovely duet with Scheff on “Julia,” John Lennon’s lovely ballad to his Mum. Mickey Dolenz then led the second singalong of the evening with “Rocky Raccoon.” Joey Molland returned to the stage for “Revolution 1” that featured a few audience members with fists raised in salute.

The evening continued its brisk pace through the 33-song set list, and lest anyone in the audience started getting fatigued, Rundgren returned with new costumes during “Sexy Sadie” and “The Continuing Story of Bungalow Bill” that included a prop supersoaker he used to squirt the crowd. The show ended with the triple sonic attack of “Glass Onion,” “Helter Skelter,” and “Birthday.” Everyone returned for the encore and massive final sing-along, “Ob-La-Di, Ob-La-Da,” leaving us all in great spirits and concluding a genuinely light-hearted and highly entertaining show from musical greats, past, and present.

The DC gig was the finale of the tour’s first leg. More dates continue to be added and can be found online.

Here are some photos of A Tribute to the White Album at Warner Theatre on Oct. 20, 2019. All photos copyright and courtesy of Mark Caicedo. 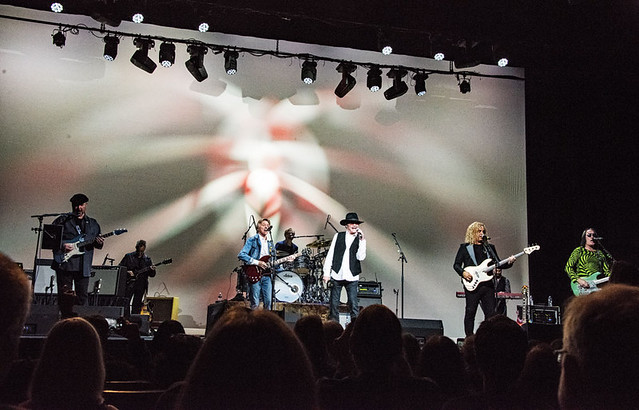 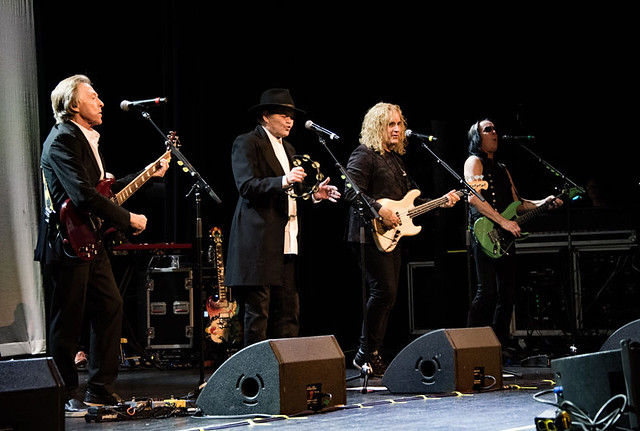 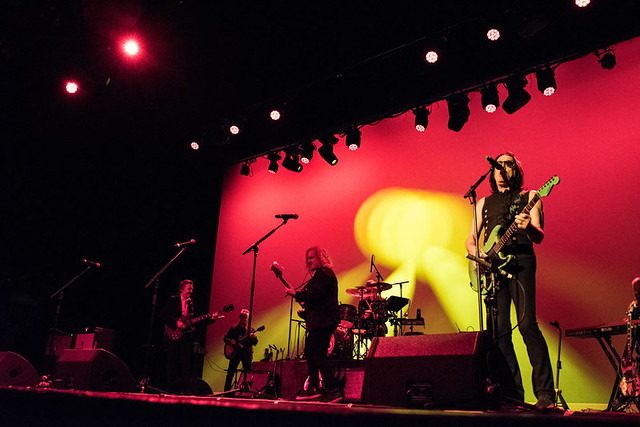 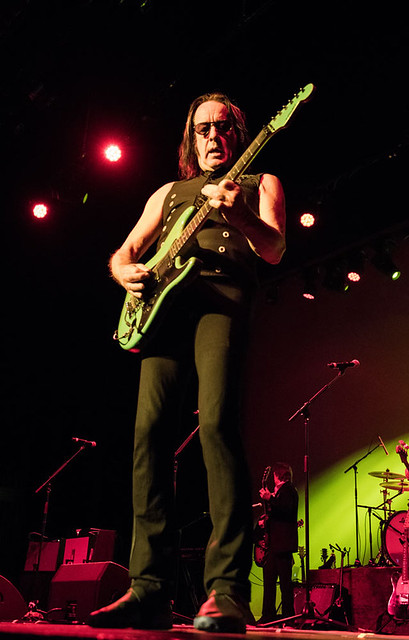 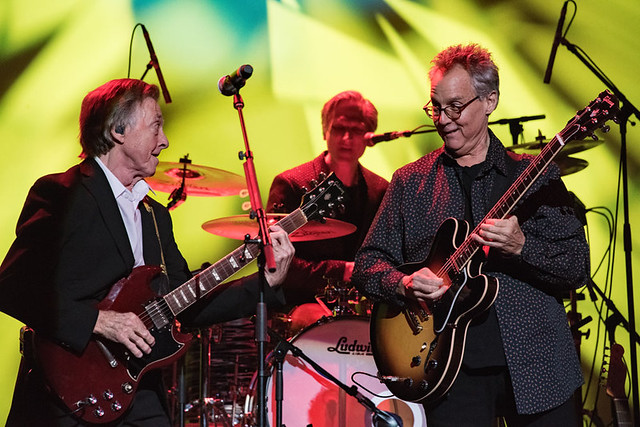 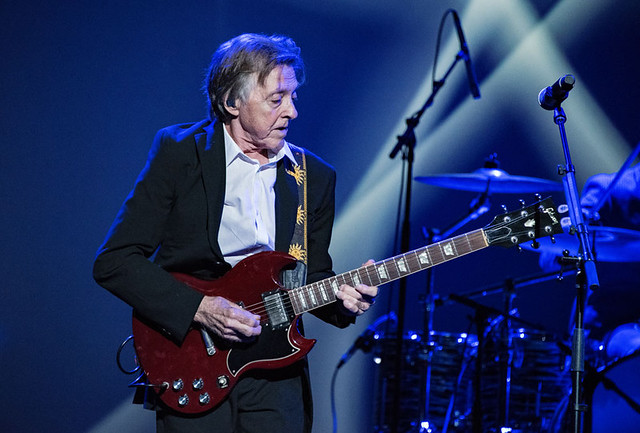 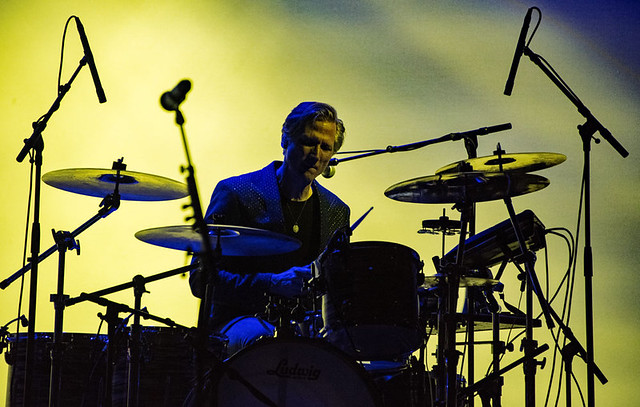 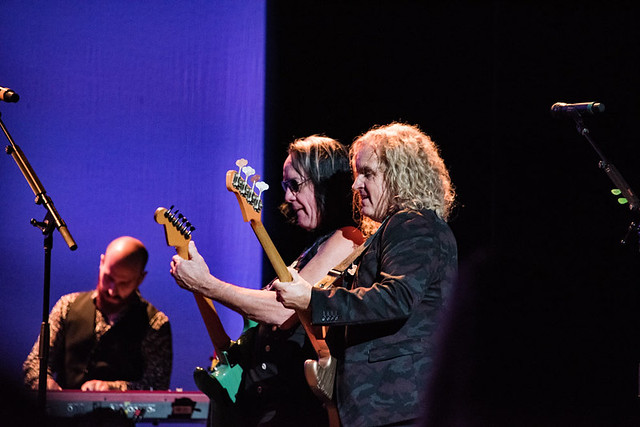 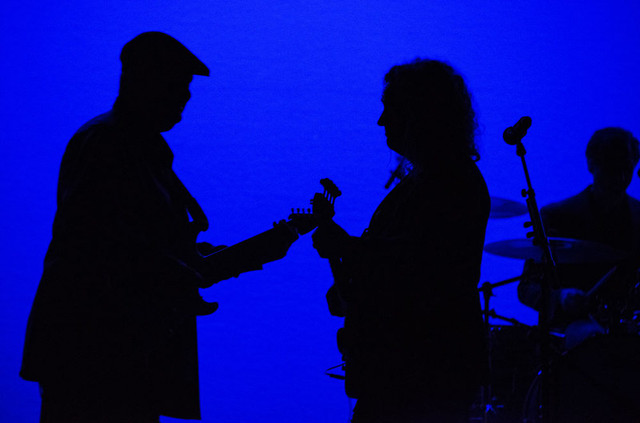 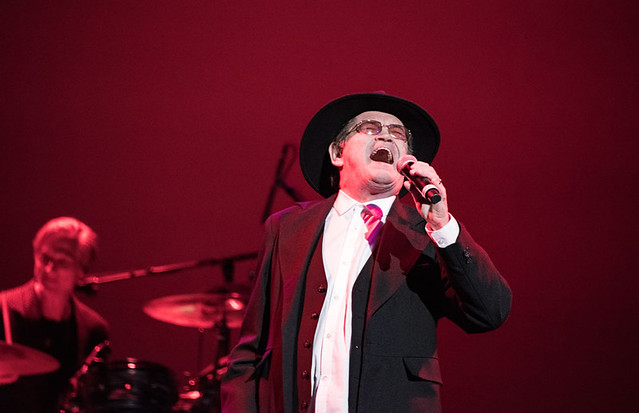 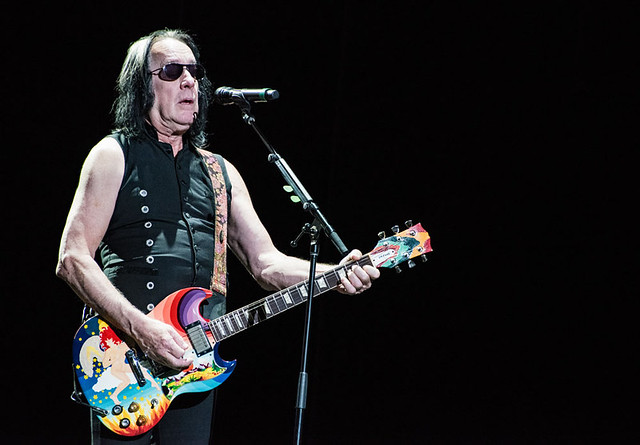 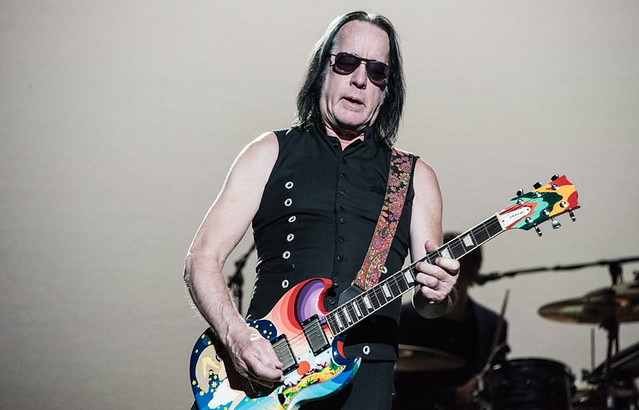 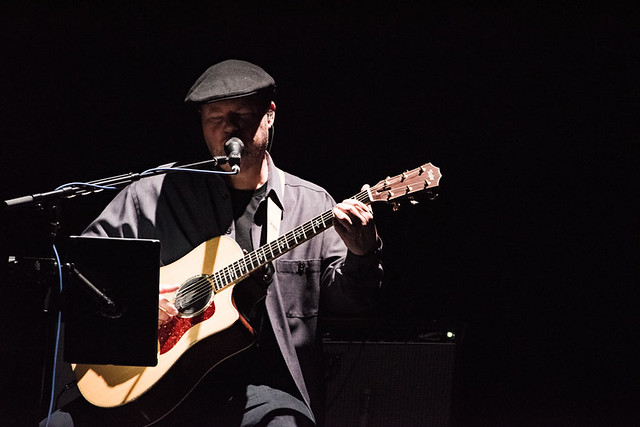 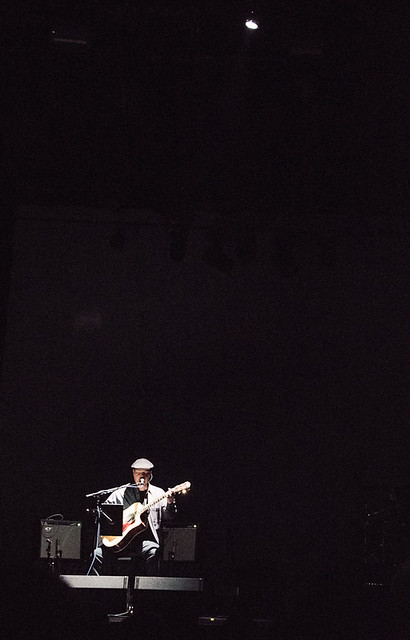 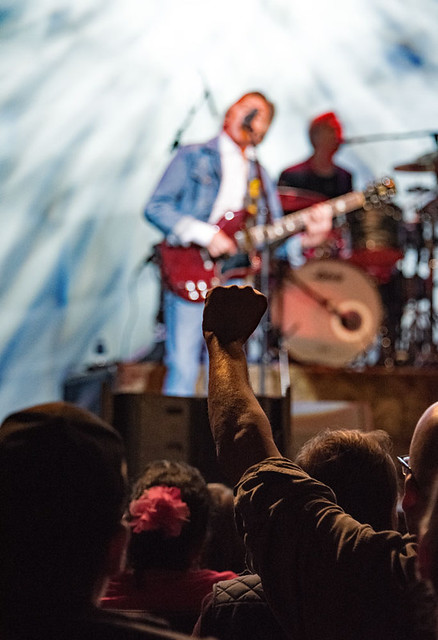 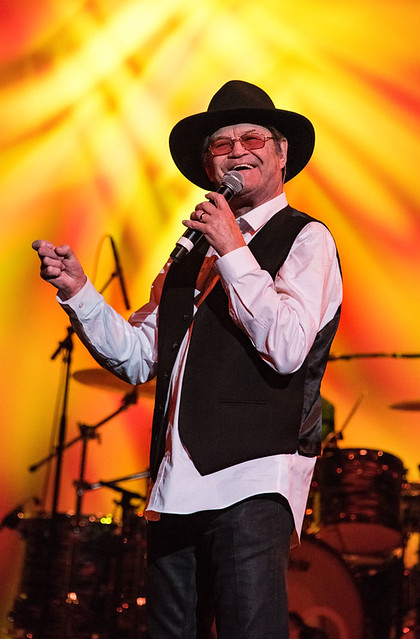 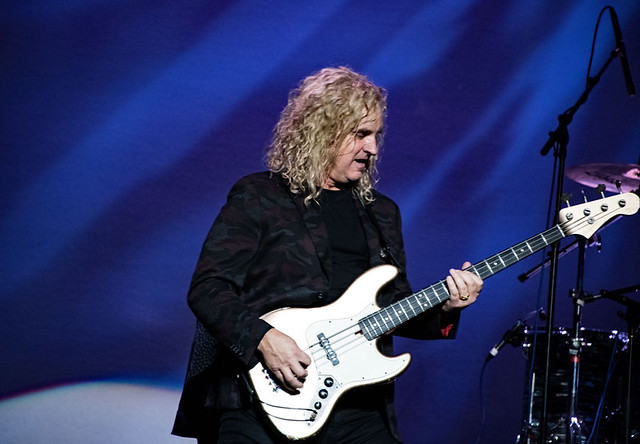 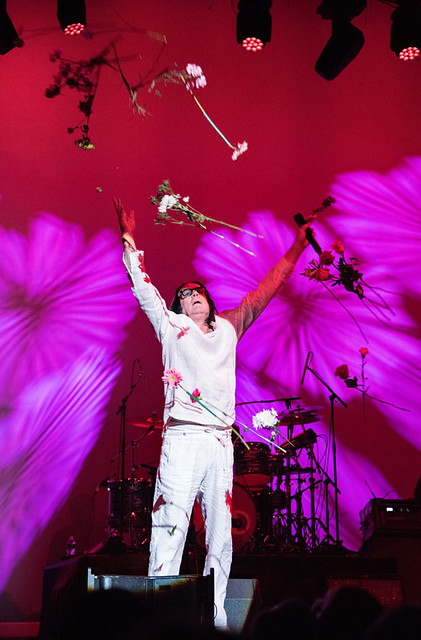 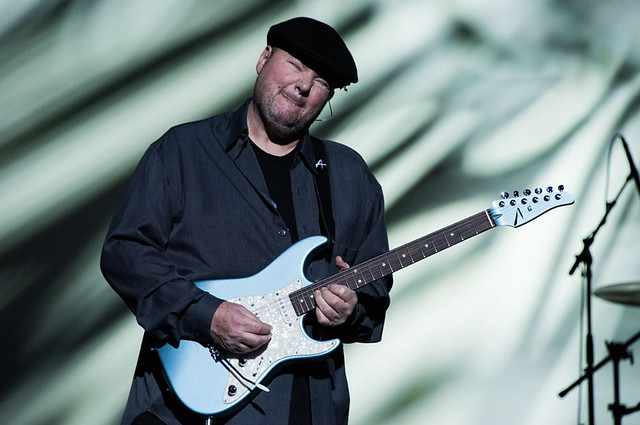 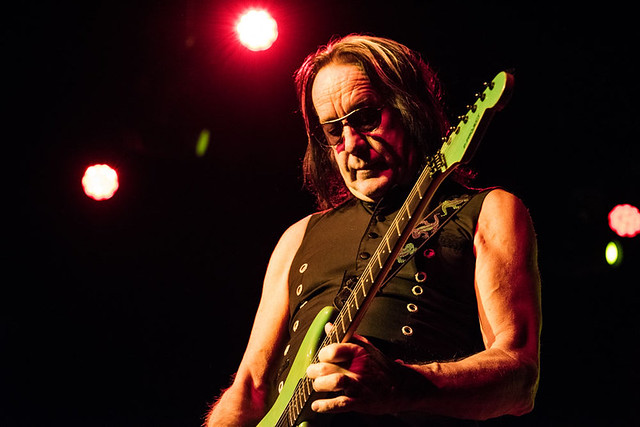 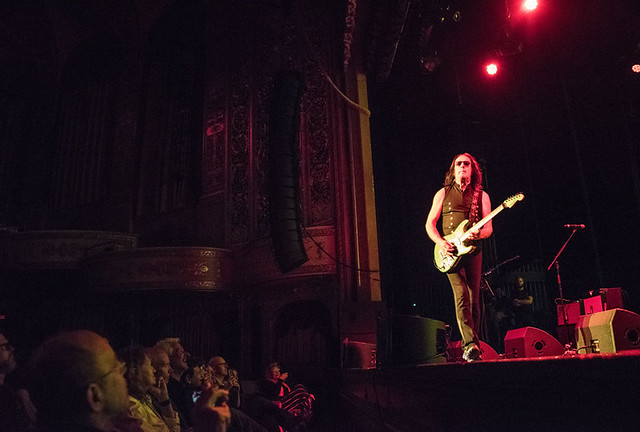 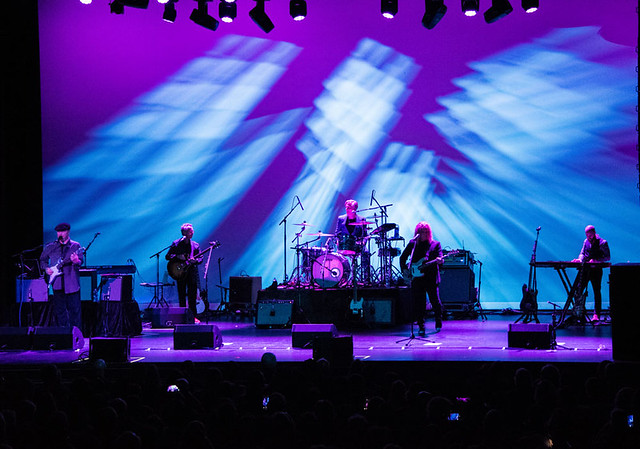 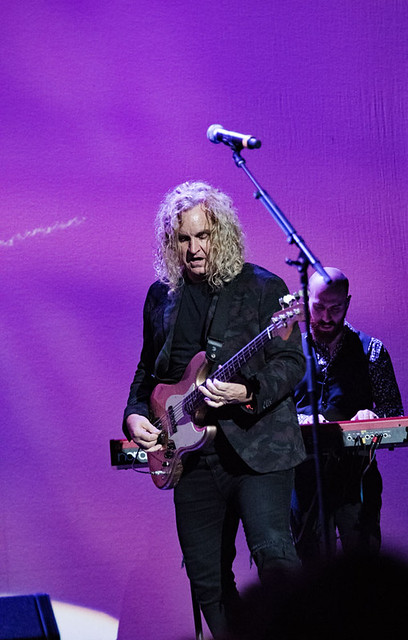 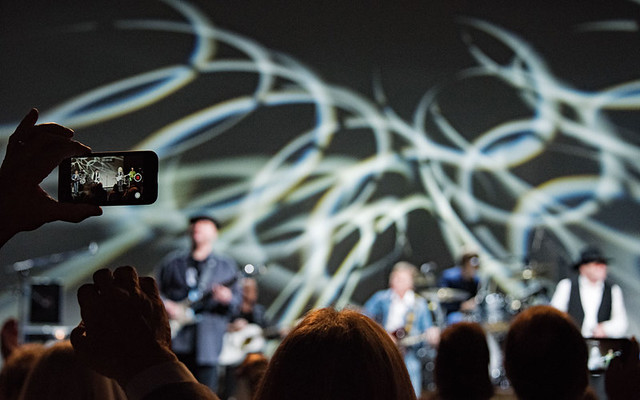 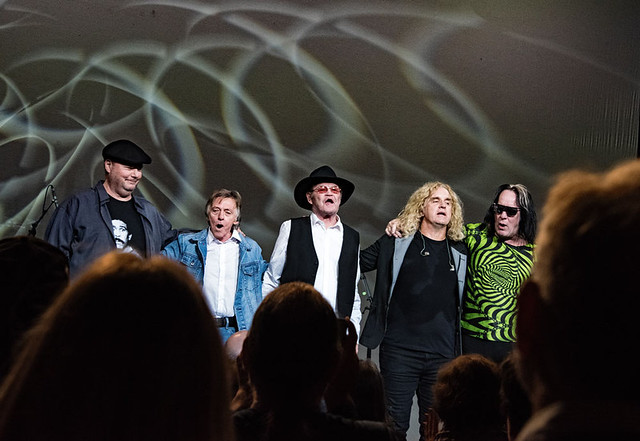