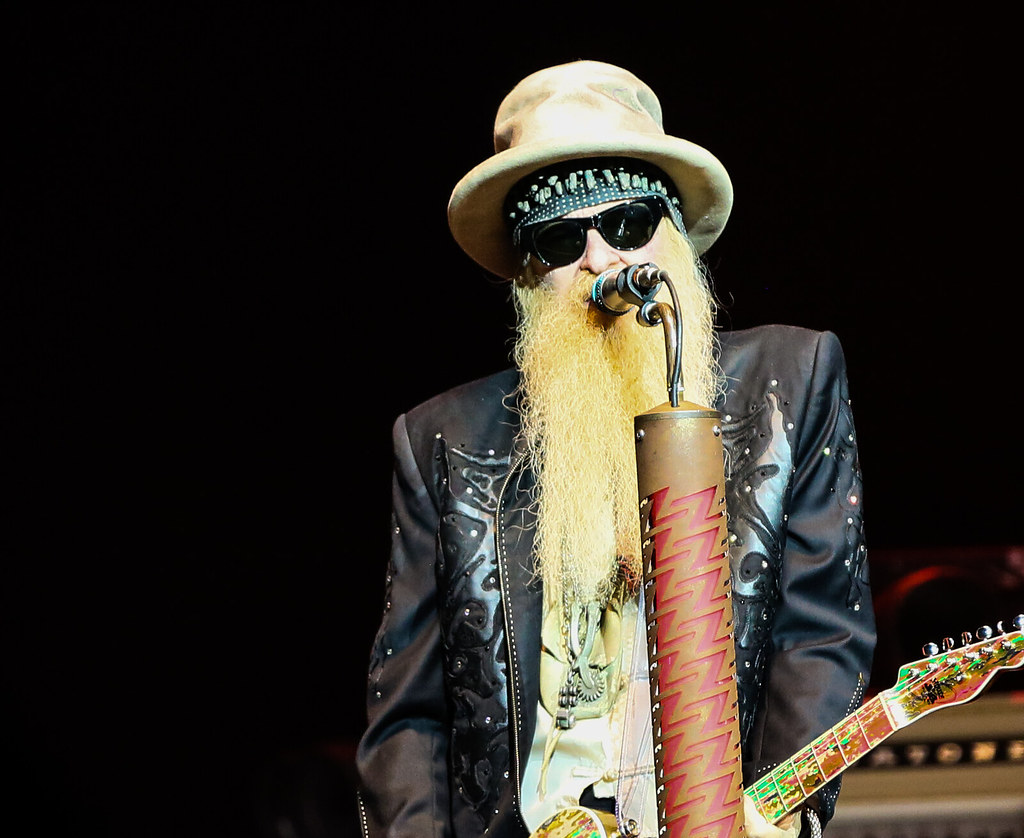 ZZ top is one of the world’s most iconic rock bands. With their Texas-style goatees, sunglasses, hats, and black attire, the 2004 Rock & Roll Hall of Fame inductees are instantly recognizable. But they’re also iconic in the sense that this is a truly great band. They may call themselves “Beer Drinkers and Hellraisers,” but, beneath the image, this a tight group of incredibly talented musicians.

And ZZ Top’s appearance on their 50th Anniversary Tour at MGM National Harbor recently showcased that, after all these years, they’re still the best at the dirty Texas blues-rock.

Any discussion of ZZ Top’s magic has to start with Billy Gibbons’s guitar wizardry. Billy ranks as one of the top players in popular music. He has completely mastered the style he works in; no one can do a fusion of Texas blues and rock ’n ’roll quite like him. His playing, while virtuosic, is completely accessible.

Growing up in the ’80s, ZZ Top was inescapable. As a child, I had very little connection to popular music. My parents listened to the Oldies station in the car — they believed that music pretty much stopped in 1972. I didn’t really discover MTV until I was about 10, in 1990 or so. But ZZ Top was everywhere. I might have discovered their music watching the National Wrestling Alliance’s programming on TBS: the tag team the Fantastics used “Sharp Dressed Man” as their entrance music. Many years later — when I was much more aware of them — a cover of “Legs” was used by WWE for Stacy Keibler.

ZZ Top takes their blues roots seriously, but they don’t take themselves too seriously. They had a hit with their cover of Sam and Dave’s “I Thank You,” and “Just Got Paid” is a classic song in the working-class, hardscrabble blues spirit. At the same time, Billy and Dusty’s appearance, their Blues Brothers on acid get up, has a tongue in cheek quality. On Oct. 25 at MGM National Harbor, they busted out their trademark furry guitars when they played “Legs,” their biggest hit single.

Billy pondered, “Have we played everywhere?” He answered his question, “We’ve played just about everywhere.” In the course of their global travels, ZZ Top has shared stages with some of the most renowned artists in the world. Recently, Jeff Beck joined them in London. When they asked Jeff what he wanted to play, he said, “How about a country song?” And so ZZ Top played a rocked-out, shredding version of “Sixteen Tons” in London and again on Friday night.

After asking the audience, “How about another Pearl Necklace?” the band launched into the song. Afterwards, Billy joked, “We finally made the big time: We’re in the casino.” He called the casino “the only place where you get nothing for something.”

ZZ Top opened their set with “Under Pressure.” In the course of the evening, they played classics like “Gimme All Your Lovin’,” and “I’m Bad, I’m Nationwide.” For their encore, they played “La Grange” on their red box guitars.

Throughout the evening, ZZ Top had the crowd on their feet. The audience knew just about every song, and they whispered along to the songs — except when ZZ Top invited them to get loud with a call and response, shouting “I’m nationwide” after Billy sang, “I’m bad.” The band, referred to by fans as “The Top,” delivered an absolutely electric, thrilling performance. For five decades, ZZ Top truly has been bad and nationwide, and they continue to boldly channel tradition into the mainstream of popular culture in their own inimitable way.

Here are some pictures of ZZ Top performing at MGM National Harbor on Oct. 25, 2019. All photos copyright and courtesy of Jules McNamara. 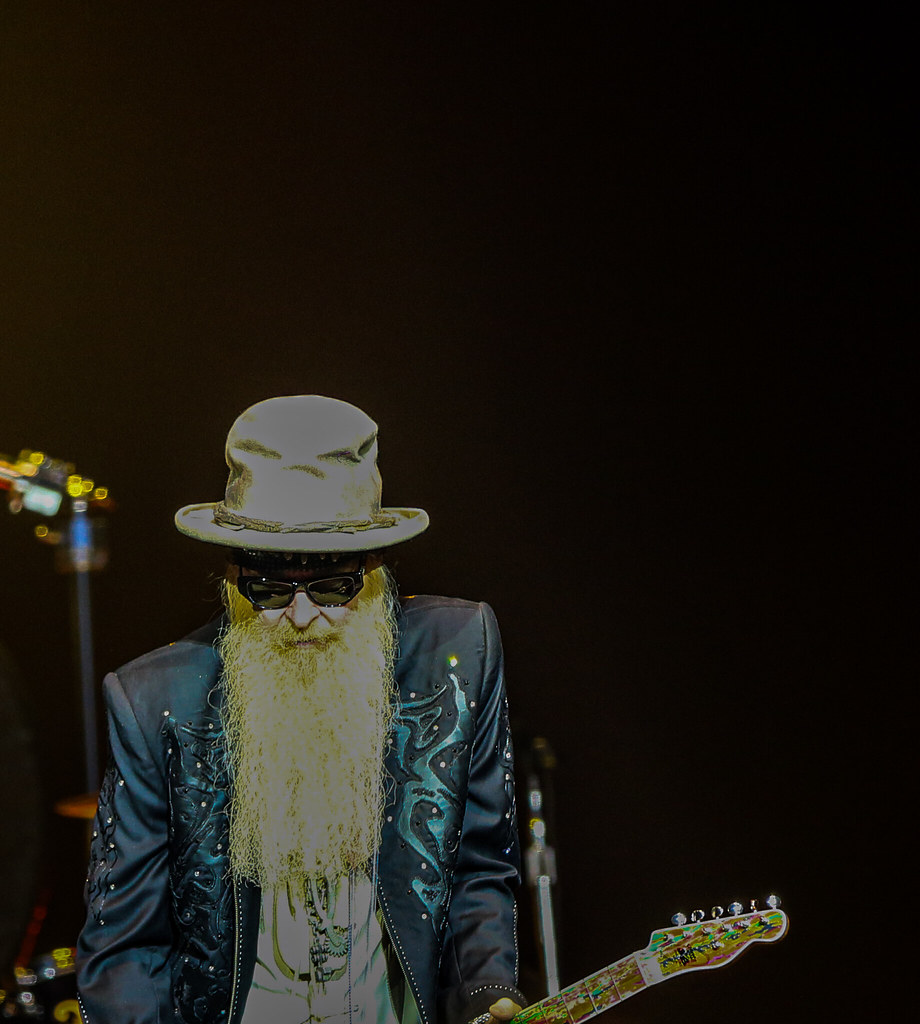 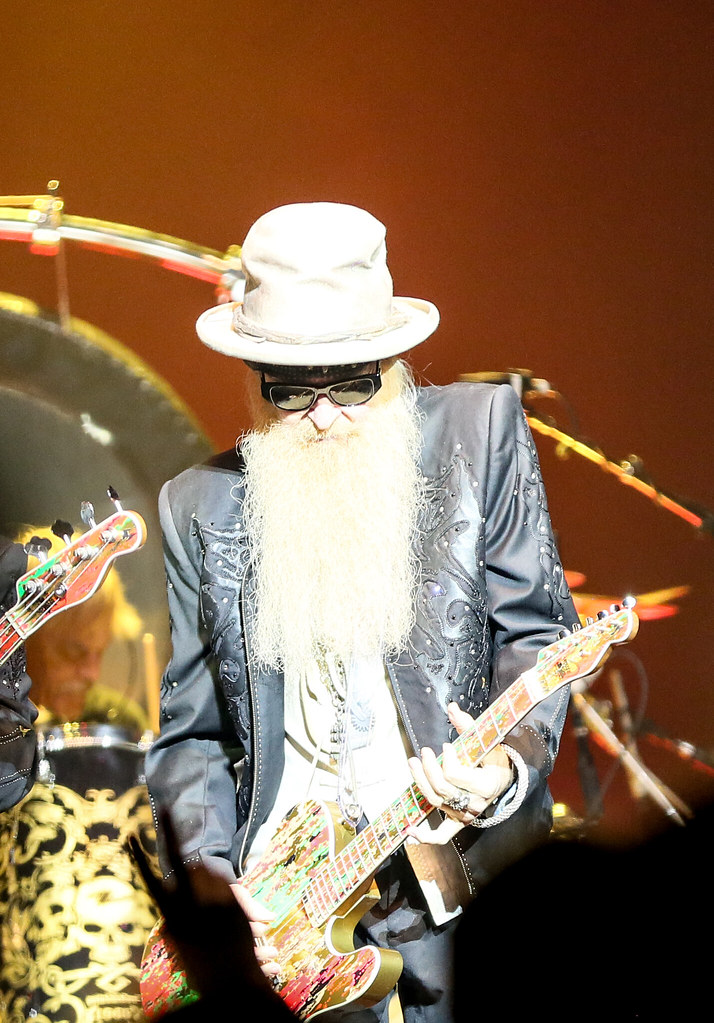 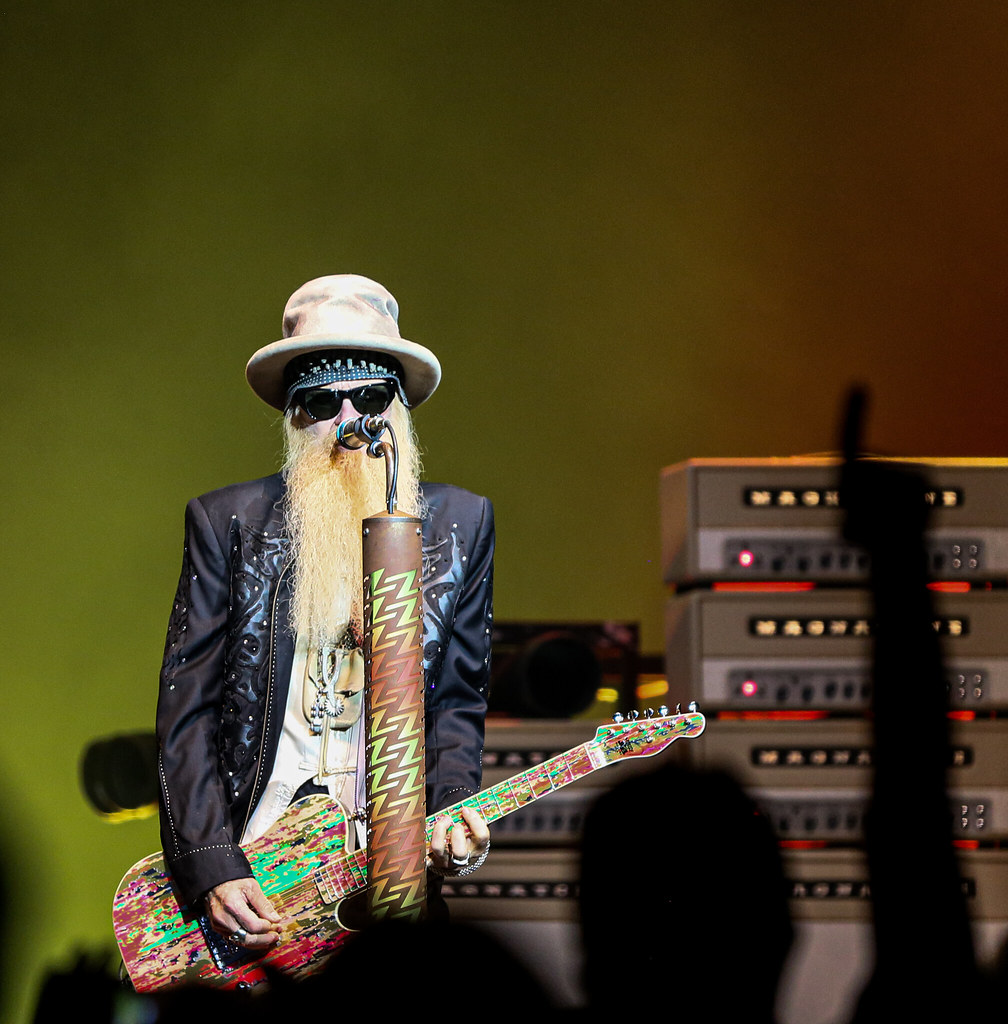 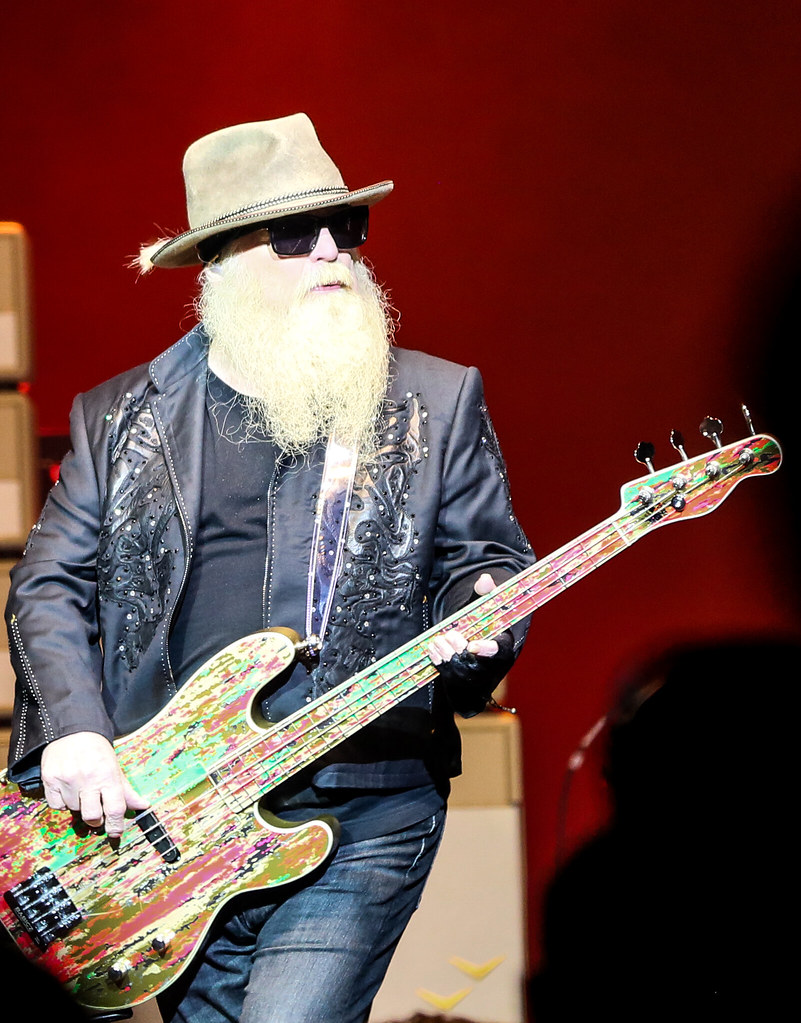 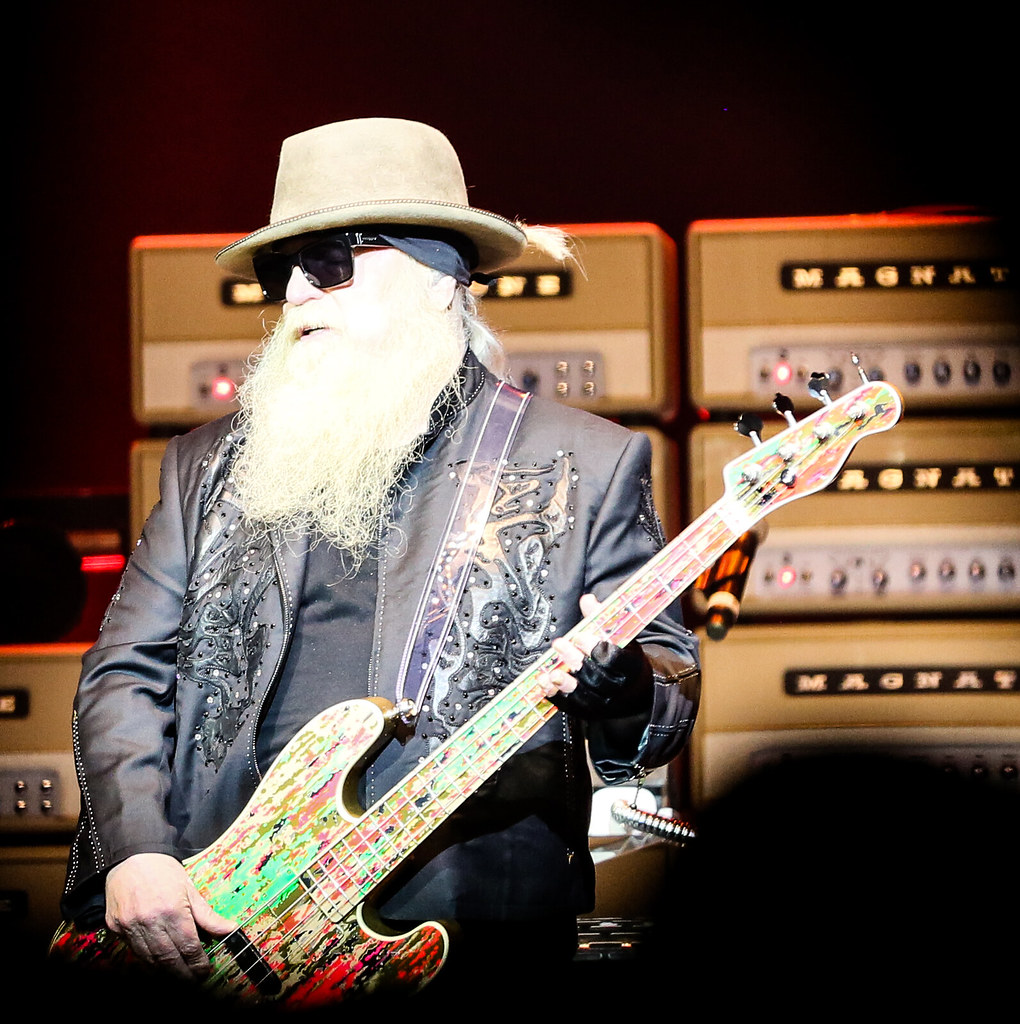 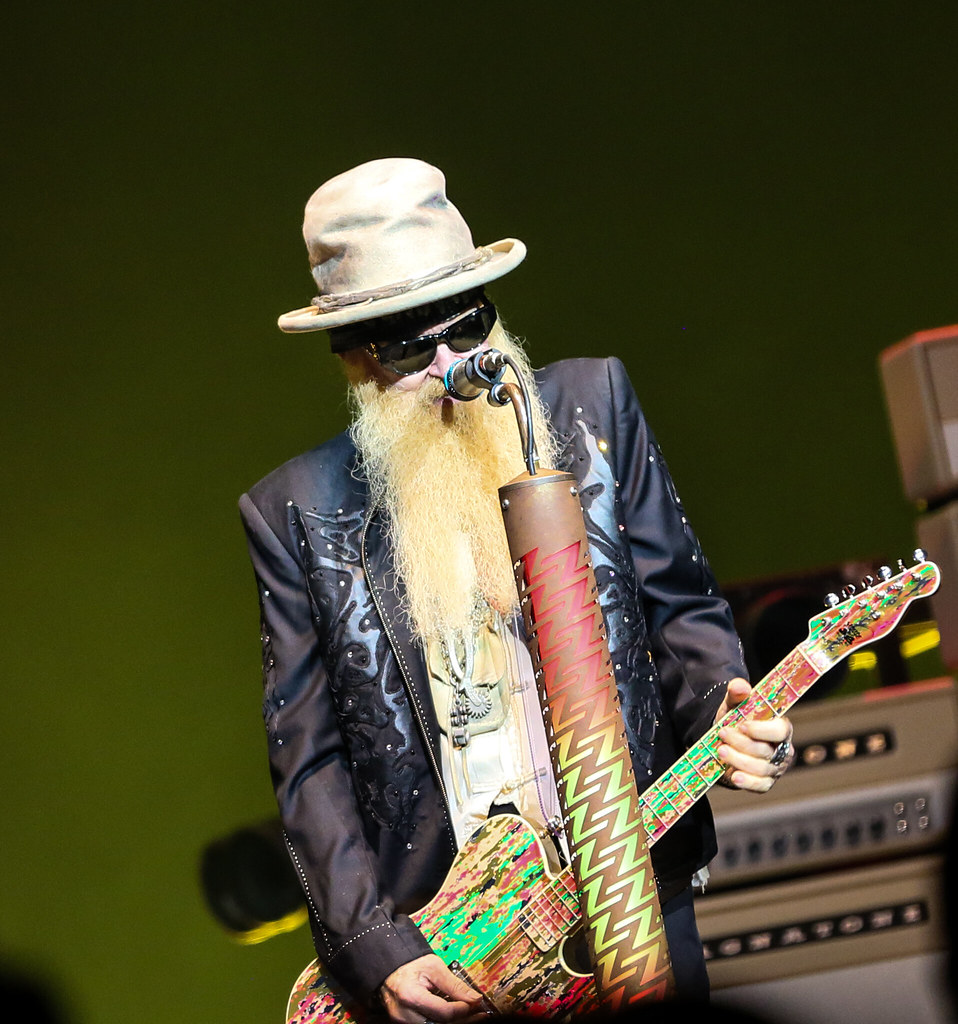 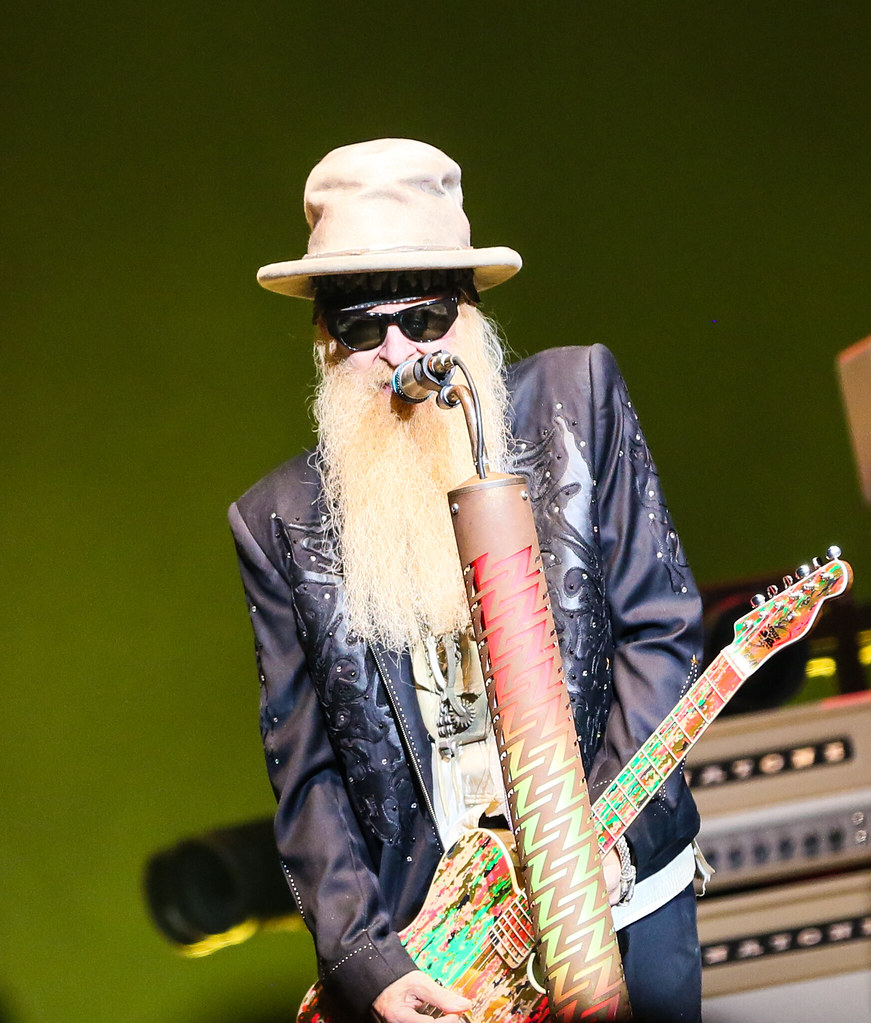 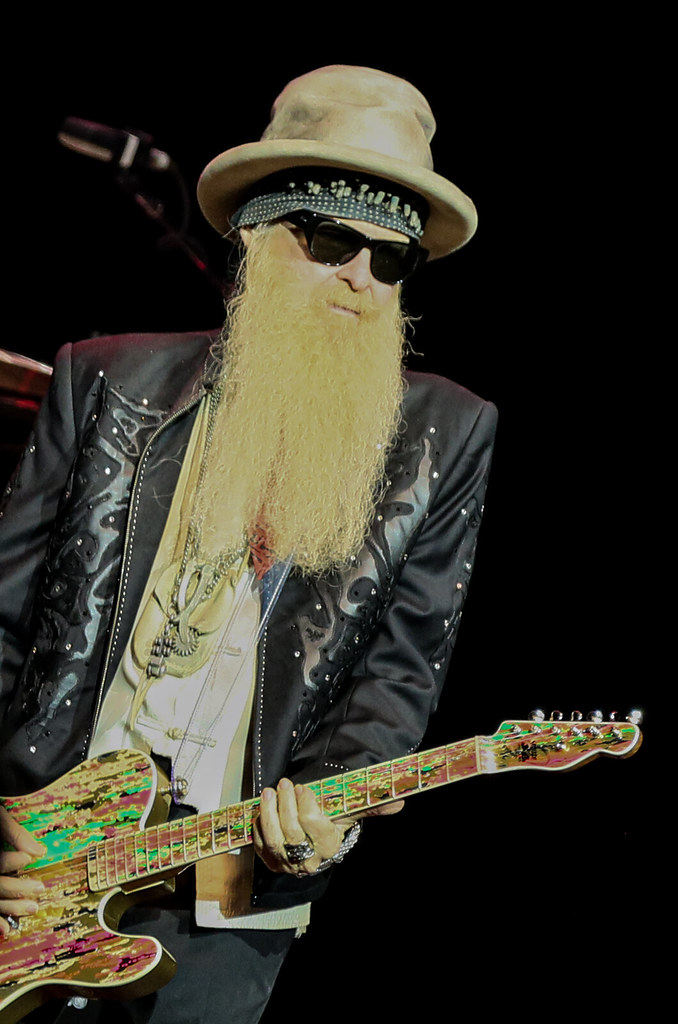