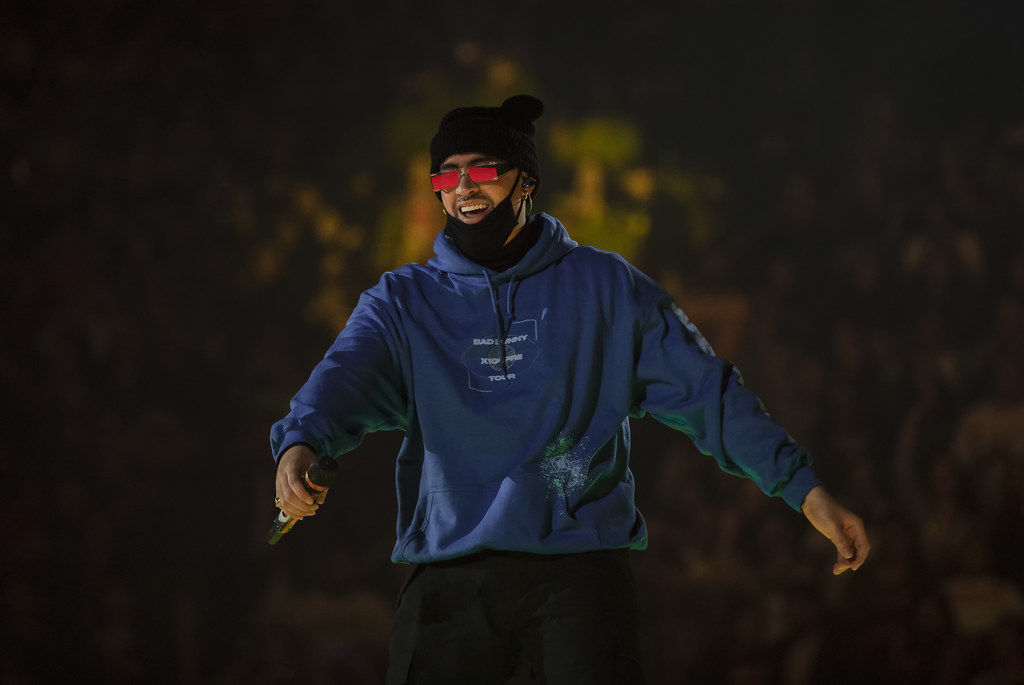 Puerto Rican trap and reggaeton singer Benito Antonio Martínez Ocasio, better known as Bad Bunny, made a recent stop at Eagle Bank Arena to give the DMV a bit of la isla de encanta (the island of enchantment). The innovative artist with the unique name gave fans a show that set a new bar for immersive concert experiences.

As devotees entered the building on Nov. 1, they were handed chunky white bracelets. The thoughtfully programmed wristbands would light up, blink, change colors, and go dark in perfect synchronization with what was happening onstage.

The arena was aglow in white orbs as Bad Bunny performed the first songs of the night, “Ni Bien, Ni Mal,” “Quien Tu Eres,” and “Estamos Bien.” He would stalk the large cross-shaped stage as vivid graphics played on LEDs below his feet and fire shot from pyrotechnic flame throwers surrounding the elaborate platform.

Before the show, as I waited to be taken to the press area, I got into a conversation with an older gentleman. He asked me if Bad Bunny was one of those guys that degraded women in his music. No, sir, not this Bunny!

Throughout the show, Bad Bunny would graciously thank fans and exude positivity. He encouraged his supporters to appreciate the simple things before “Como Antes” and respect women on “Solo De Mi.”

In Pitchfork’s January review of Bad Bunny’s debut album X 100PRE (a stylized version of “por siempre” or “forever”), Matthew Ismael Ruiz wrote that the album was “…an audition for pop superstardom.” The Nov. 1 performance at Eagle Bank arena was a testament that the audition is over. Superstardom has arrived for Bad Bunny, baby!

Highlights from the show included performances of…

Here are some pictures of Bad Bunny performing at Eagle Bank Arena on Nov. 1, 2019. All photos copyright and courtesy of Will Colbert. 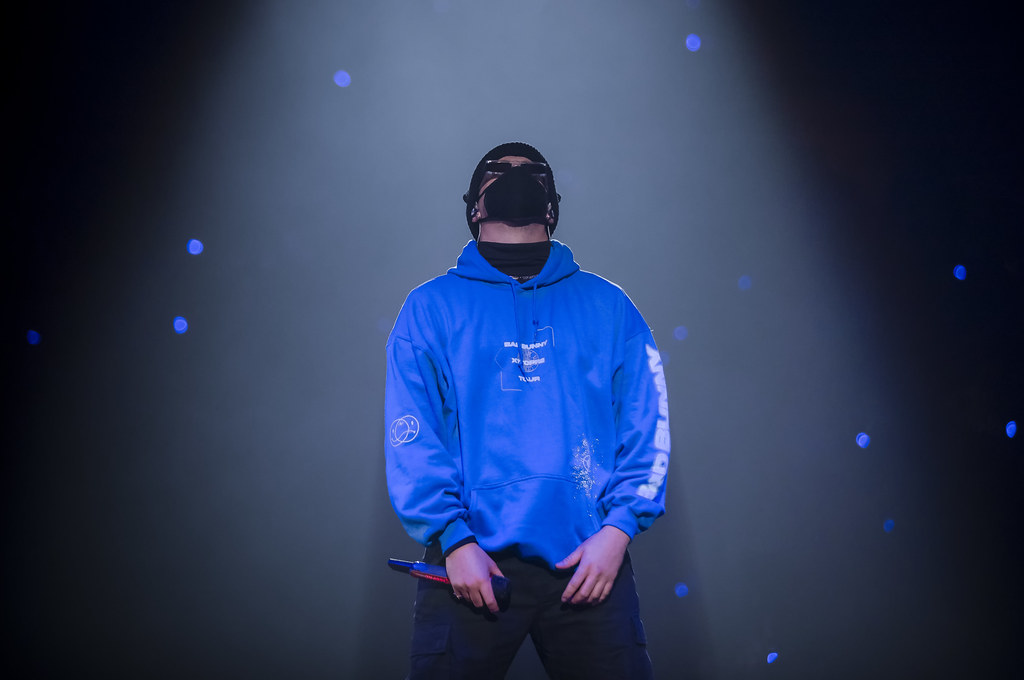 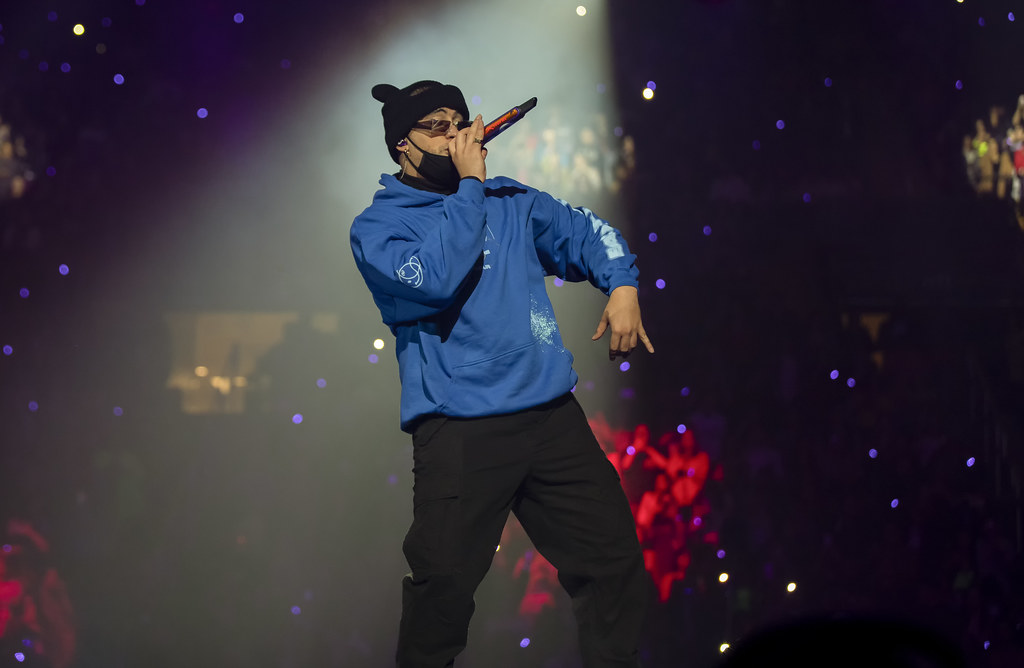 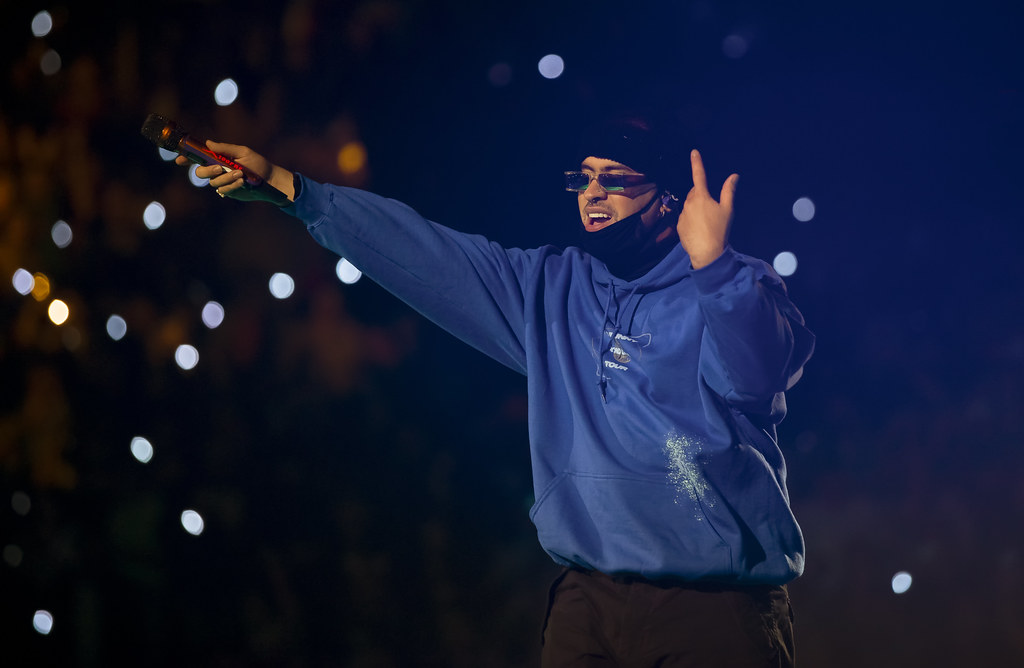 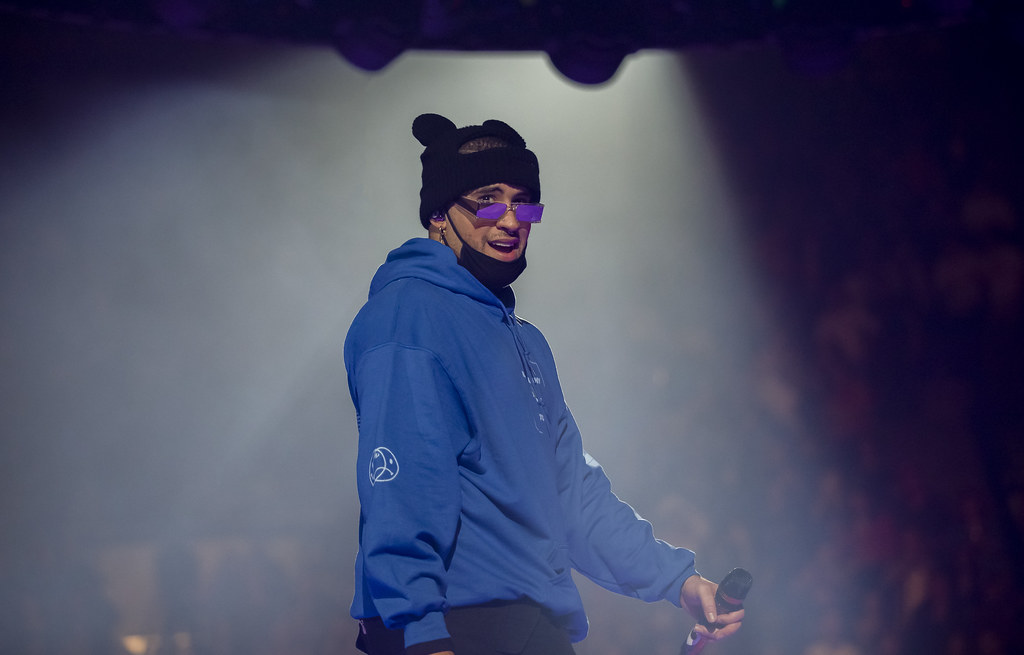 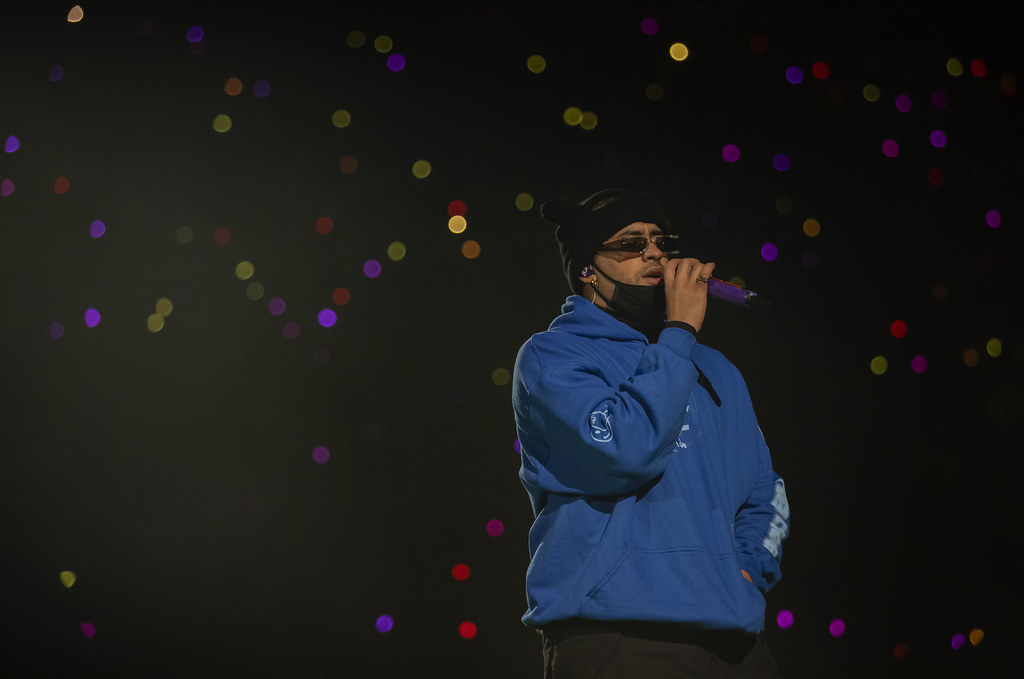 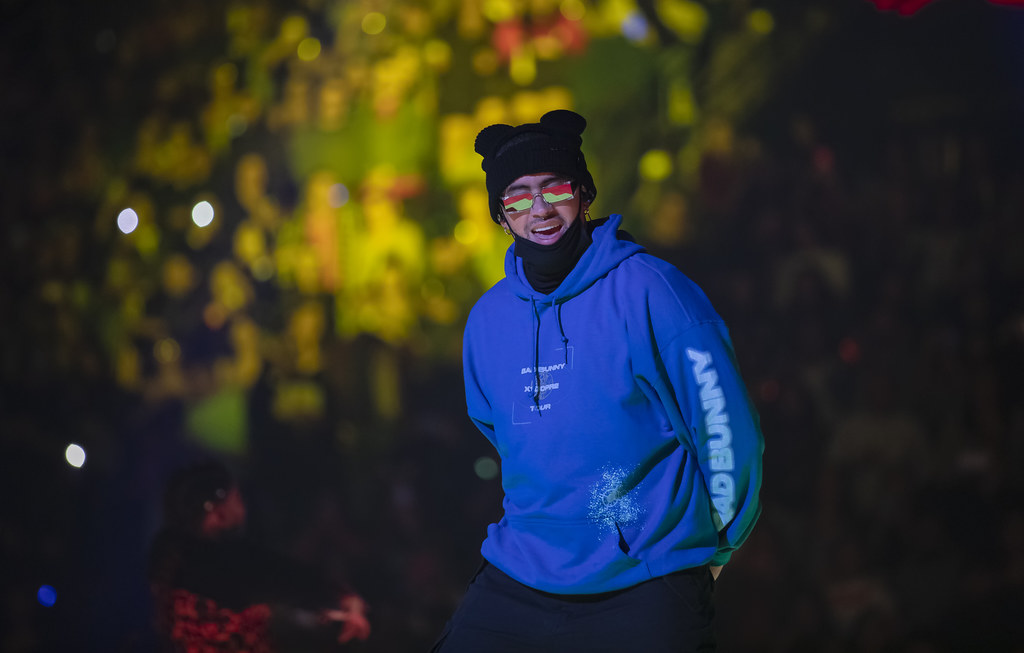 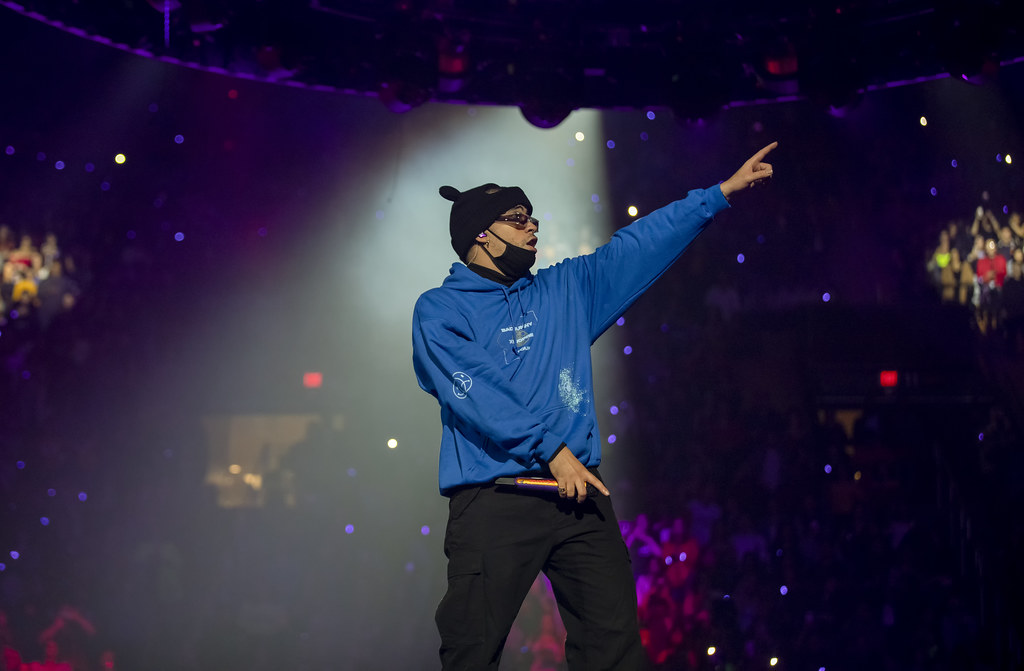 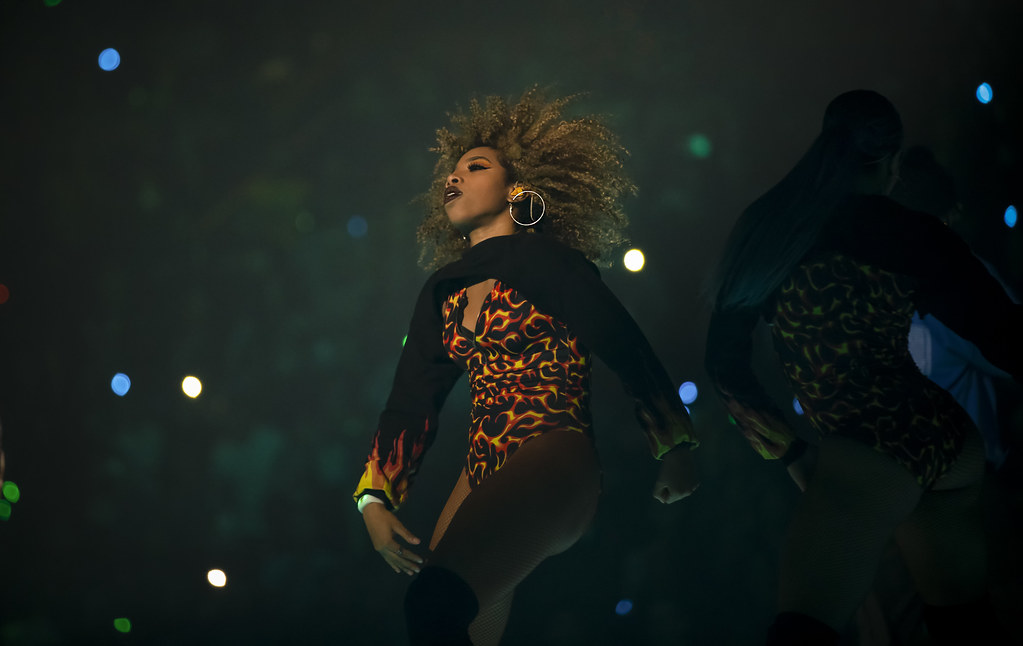 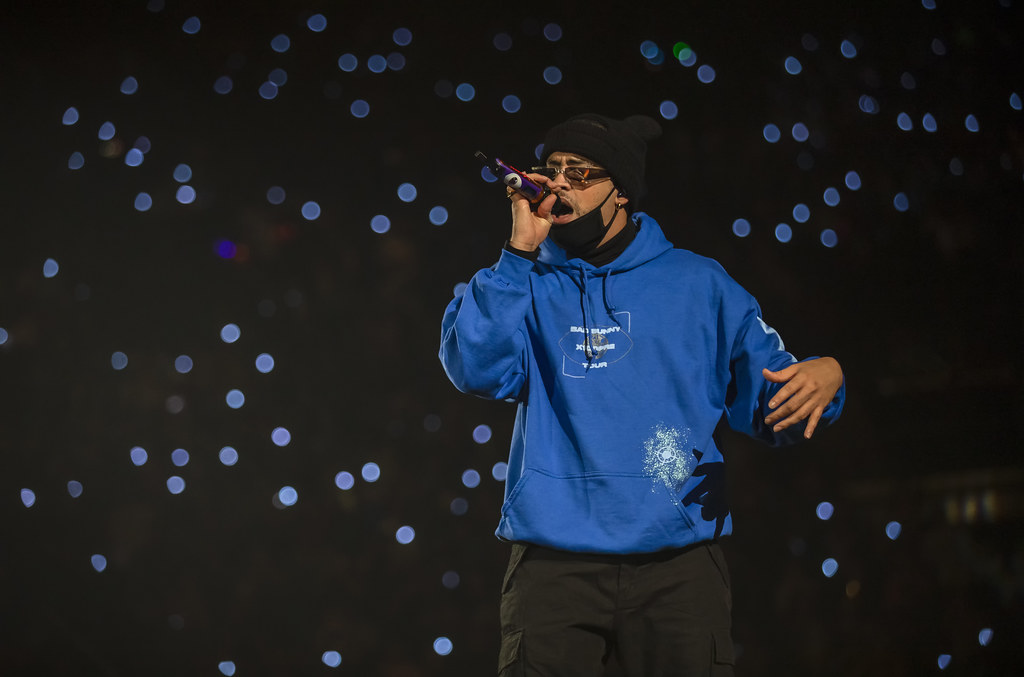 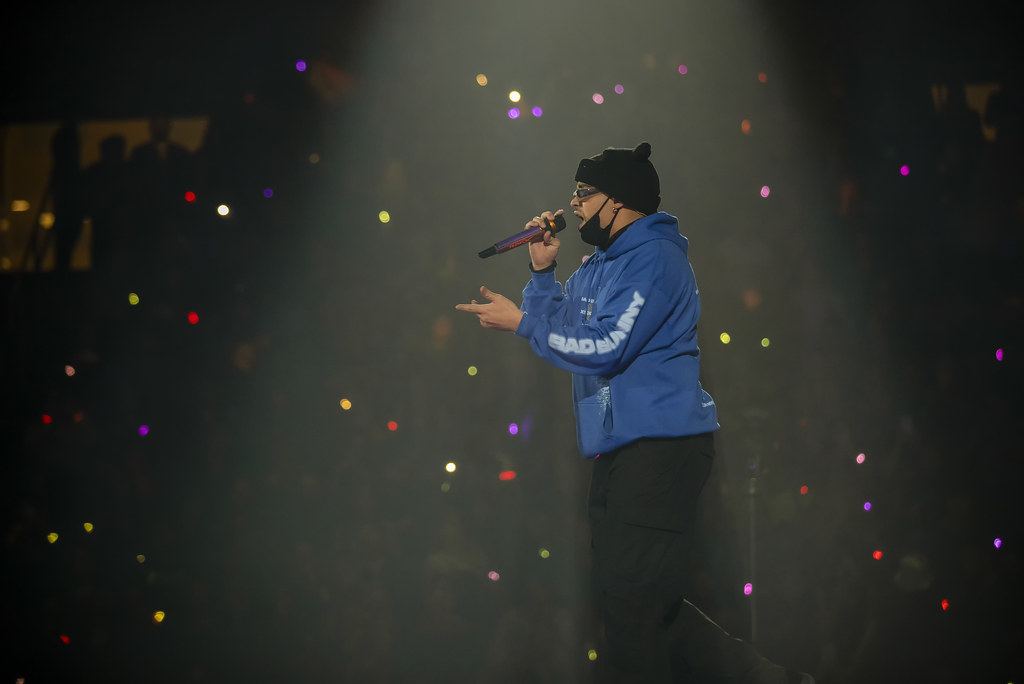 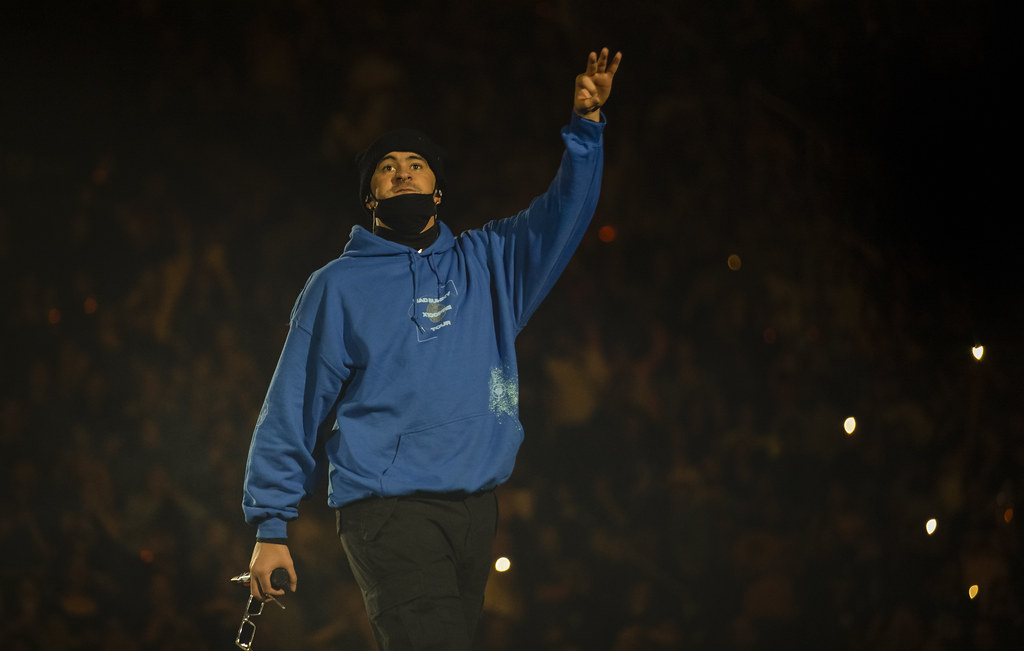 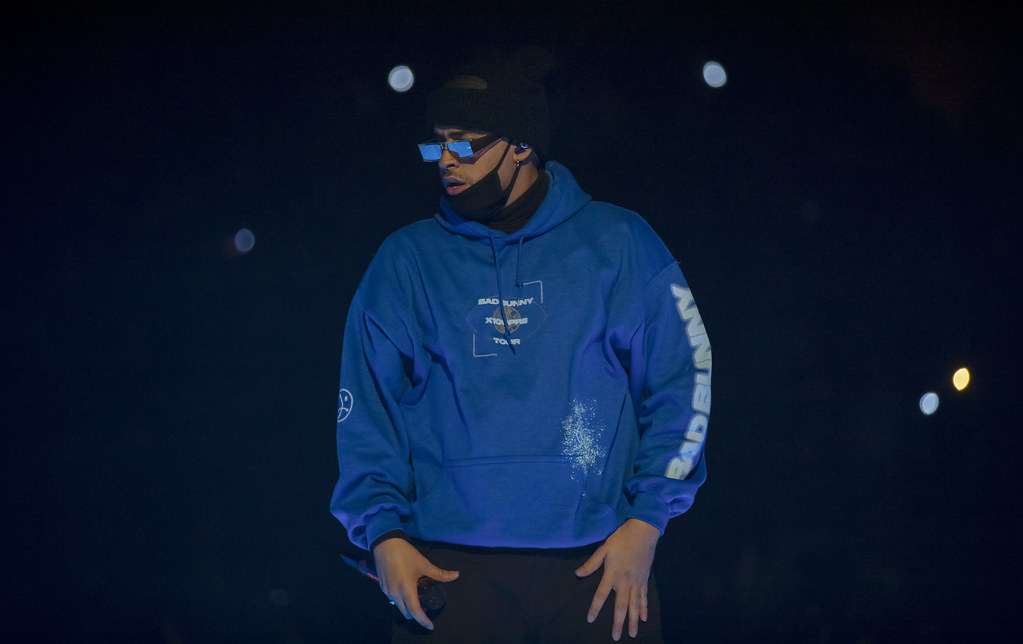 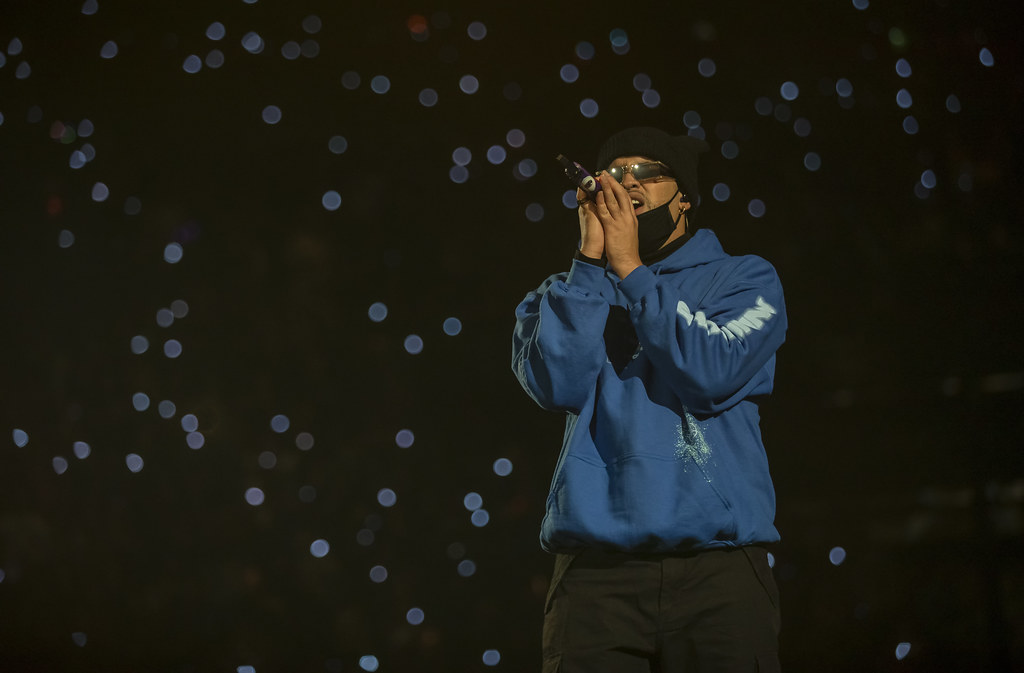 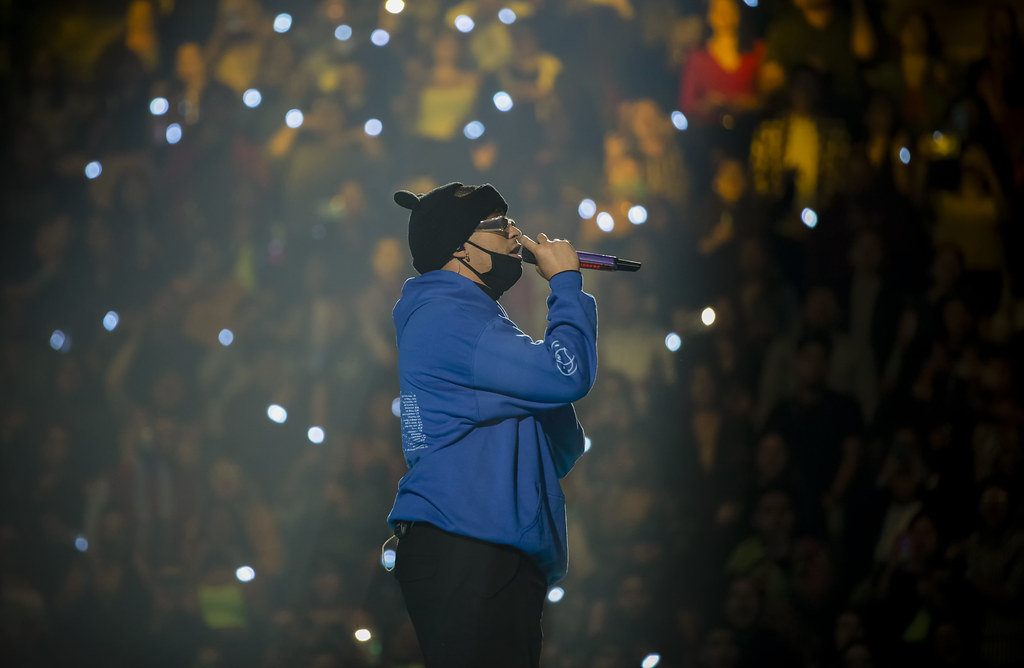 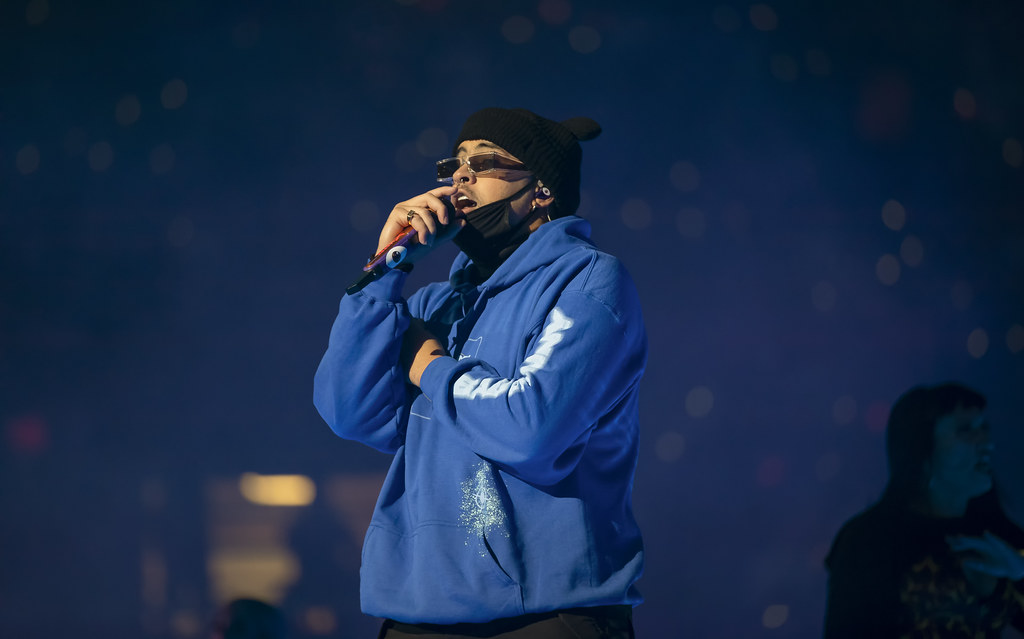 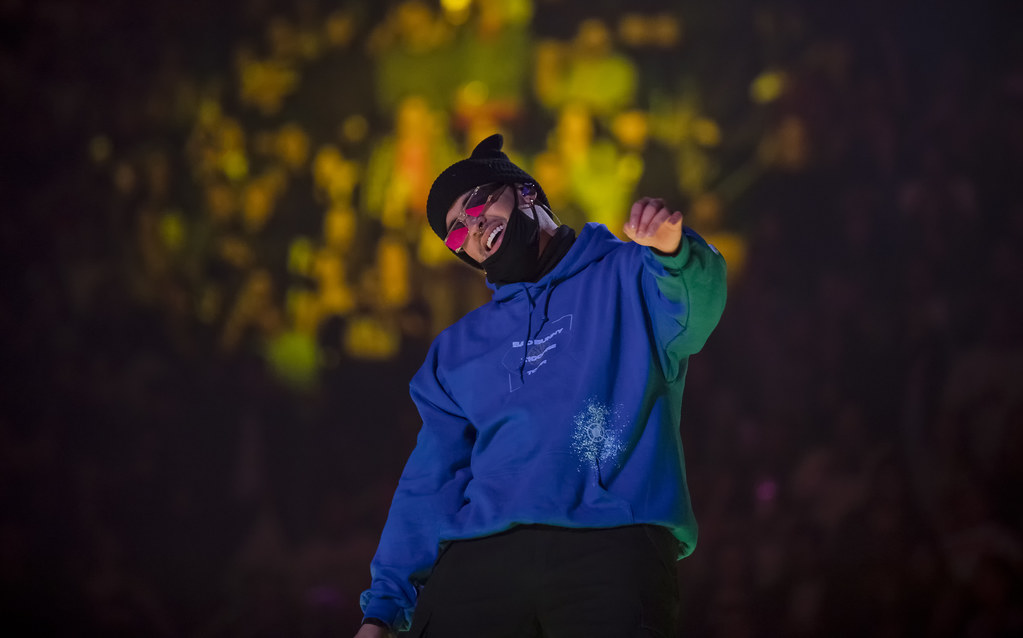 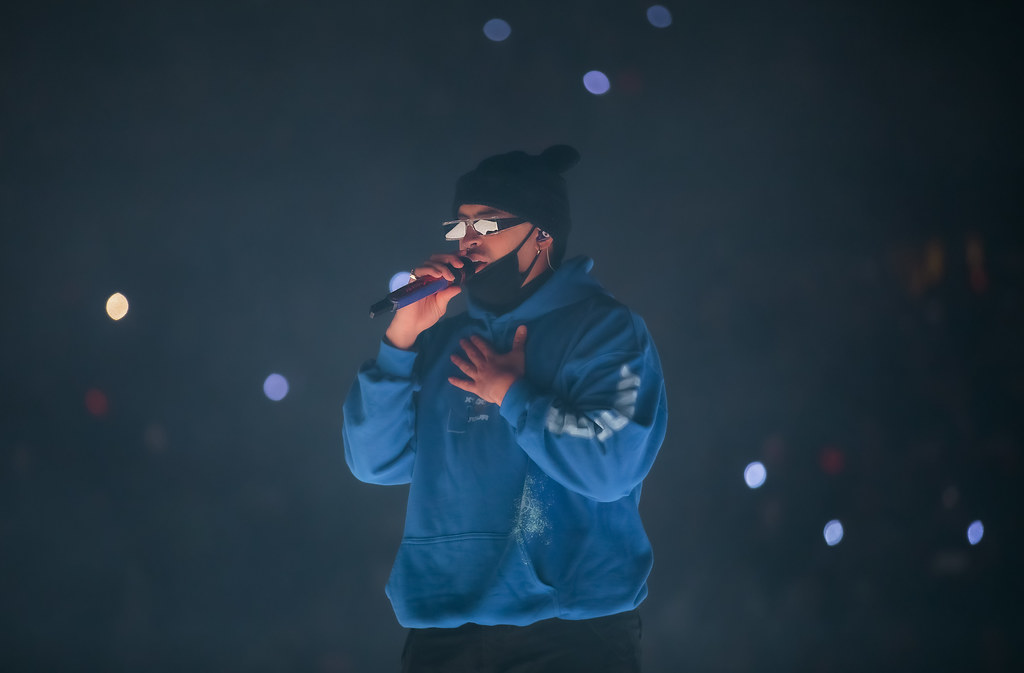 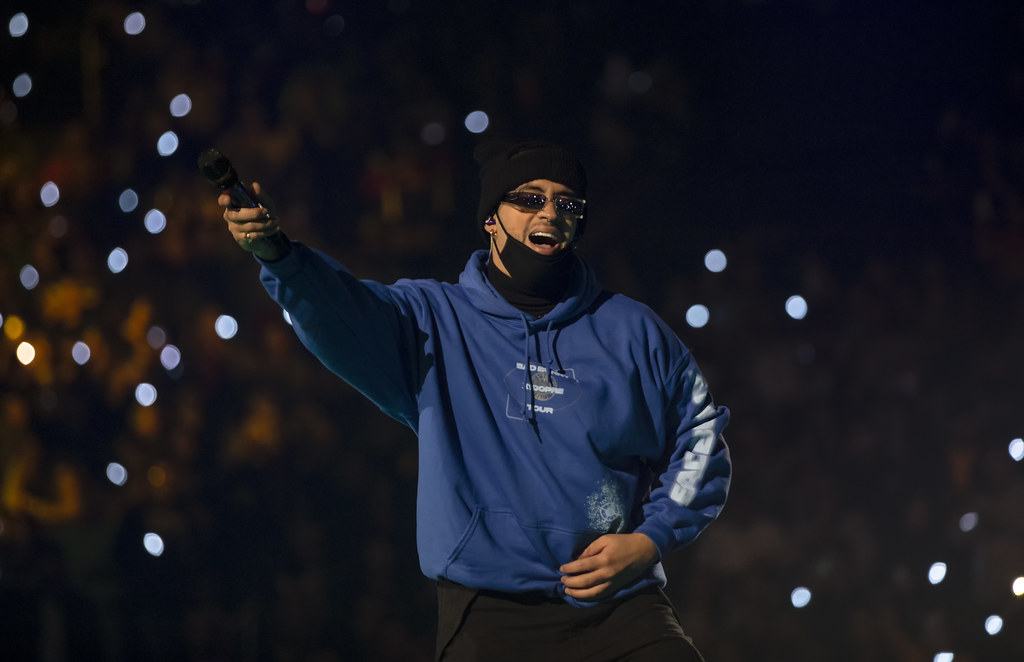 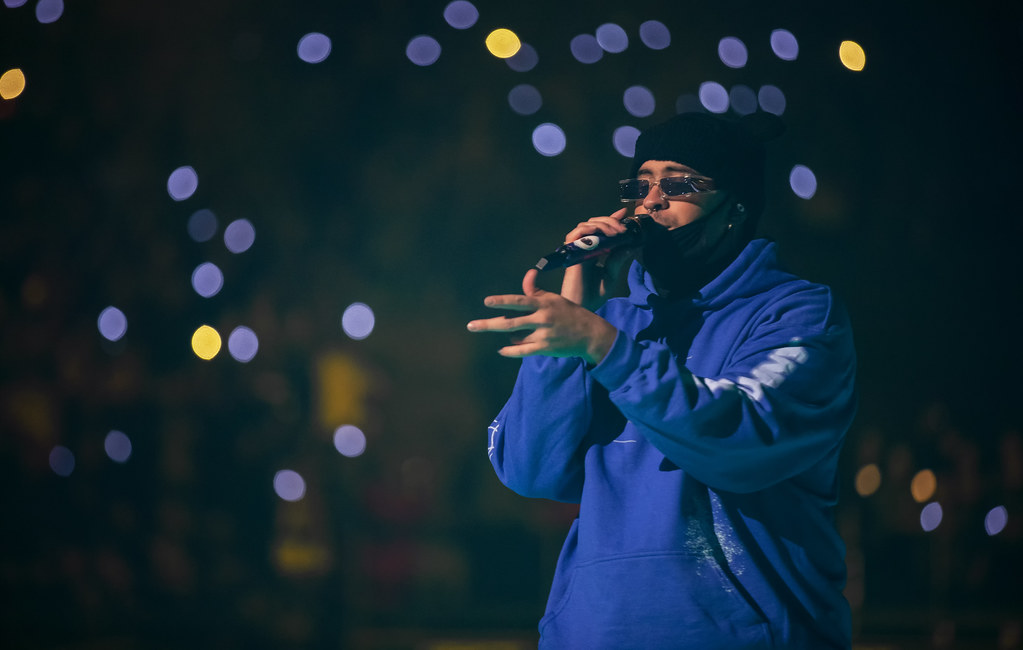