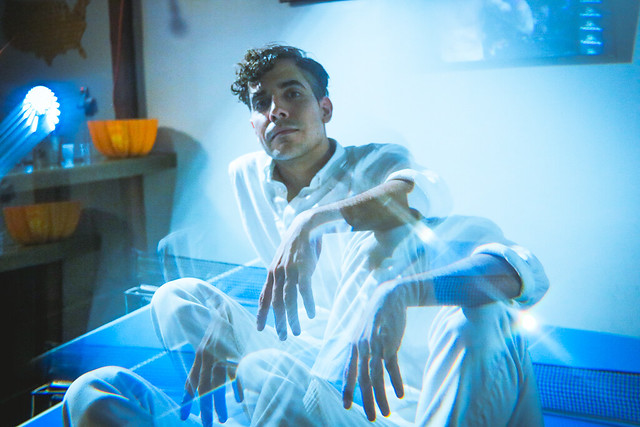 Neon Indian (aka Alan Palomo) released the long-awaited follow up to 2011’s Era Extraña and this year’s standalone single “Annie,” producing Vega Intl. Night School via Mom + Pop in October. He visits 9:30 Club for a performance on Saturday, Nov. 16.

Alan is a Mexican-born, Texas-raised music producer known for his work under his music moniker Neon Indian. His most recent album Vega Intl. Night School received Pitchfork’s coveted Best New Music classification. As a performer, he’s made numerous television appearances on such TV shows as “The Tonight Show starring Jimmy Fallon,” “Yo Gabba Gabba,” and “Anthony Bourdain: No Reservations.”

His show features new material and his classics, which were recently featured in a Pitchfork article highlighting the way he pioneered “chillwave culture” in the 2010s, alongside the likes of Washed Out and Toro y Moi.

Watch the official music video for “Annie” by Neon Indian on YouTube:

In a review for Rolling Stone, Renato Pagnani said, “Palomo peels back the layers of psychedelia that have sometimes obscured his work in the past, striving for a directness that results in the most crystallized — and accessible — version of his aesthetic yet”