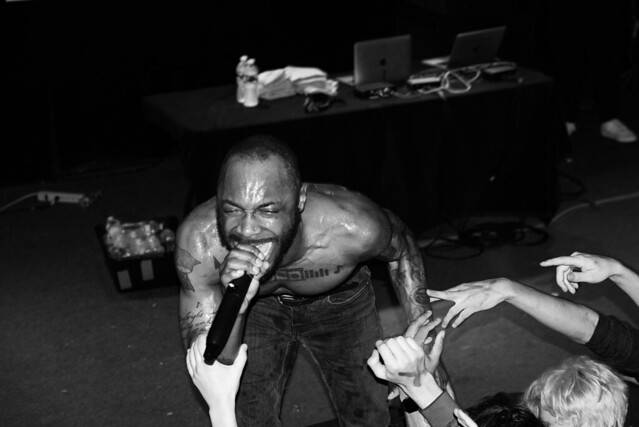 JPEGMAFIA performs at Ottobar on Nov. 9, 2019. (Photo by Brenda Reyes)

Barrington DeVaughn Hendricks, better known as JPEGMAFIA, ended the US leg of his JPEGMAFIA Type Tour where his music career kicked off in 2015. He had two sold-out shows recently at Ottobar, which was the perfect venue for him to end his tour.

With very limited capacity, the venue provided an intimate show feeling, but at the same time gritty/punkish vibe that Ottobar is known for and that’s what JPEGMAFIA (or Peggy for short) did on Nov. 9 — he brought a whole lot of grit to his show.

All My Heroes Are Cornballs, is his third album, and it has a Jekyll and Hyde persona about it. From the opener of the album “Jesus Forgive Me, I Am a Thot,” to “JPEGMAFIA TYPE BEAT,” it is a record that can go into two different directions — a mellow song to a song that triggered moshing from the opening notes.

Most of his songs have an “aggressive” theme, but then they become chilled and spaced-out. Somehow, the show was reminiscent to looking through a MySpace music page and finding the most random mix to put on your page.

Stream All My Heroes Are Cornballs by JPEGMAFIA on Spotify:

A song that definitely made the crowd just go berserk was “1539 N. Calvert,” which is the address to the former Bell Foundry. The foundry was operated as a cooperatively run as an underground arts space until it closed after, unfortunately, no immediate repairs could be made and the building was shutdown in 2016. It was a space where Peggy and others were able to express their art.

The crowd was ready to create mosh pits and be rowdy yet respectful with each other. Peggy drove in and out of the crowd. He was on the floor, and he dangled from the balcony of Ottobar. He was ready for anything that night. Somehow he ended up with a blonde-bob wig and called his alter-ego Connor to the stage. He would put it on, the crowd shouted Connor. The wig was off, he was Peggy. “Connor!, Peggy!, Connor!, Peggy!”

This show was one for books for me. It was a show like no other that I’ve been to this year. Hopefully he will do more shows in the US next year. So, far he has a European leg of the tour line-up for 2020. This is an artist to put on everyone’s music radar.

Here are some pictures of JPEGMAFIA performing at Ottobar on Nov. 9, 2019. All photos copyright and courtesy of Brenda Reyes. 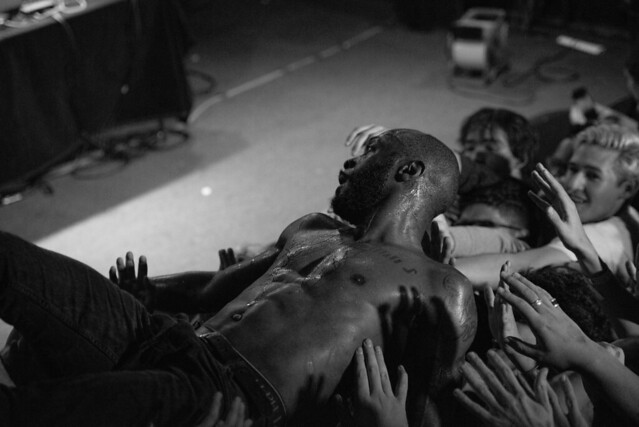 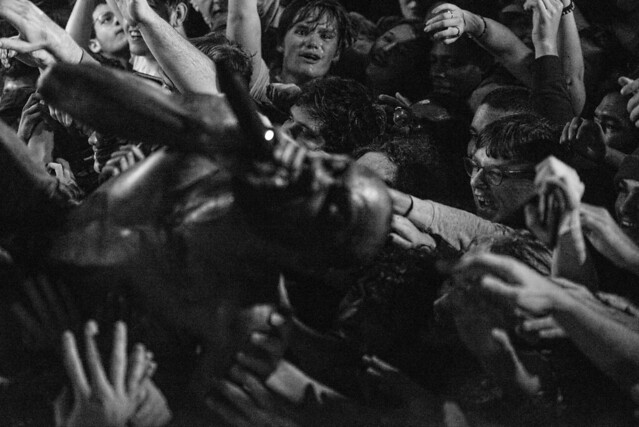 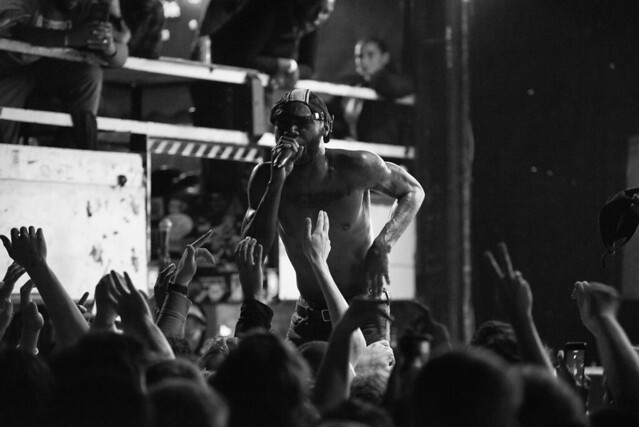 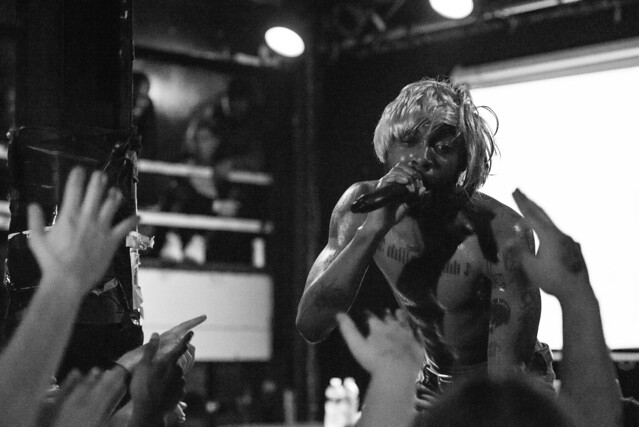 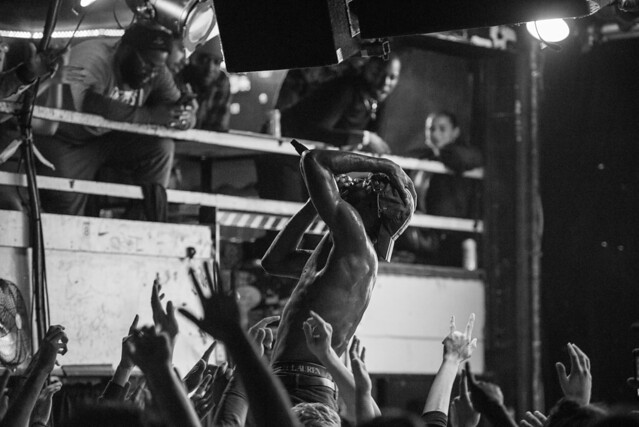 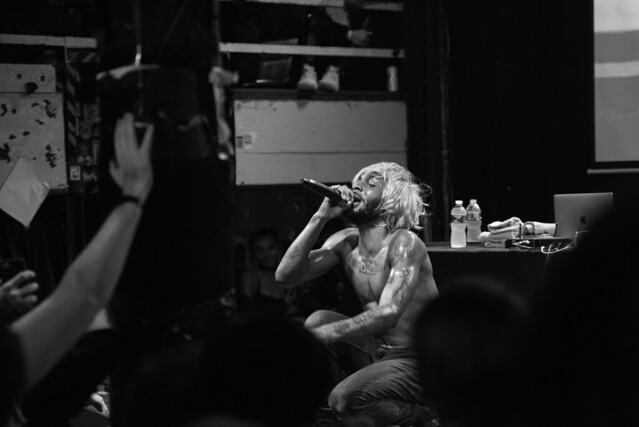 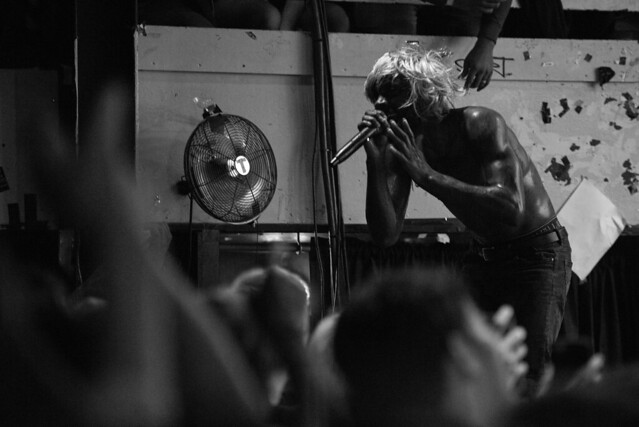 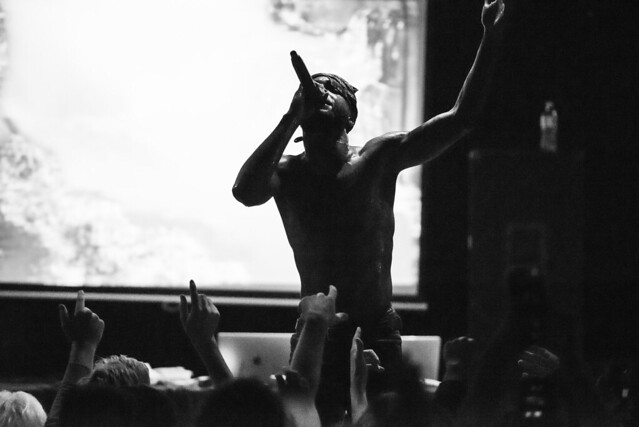 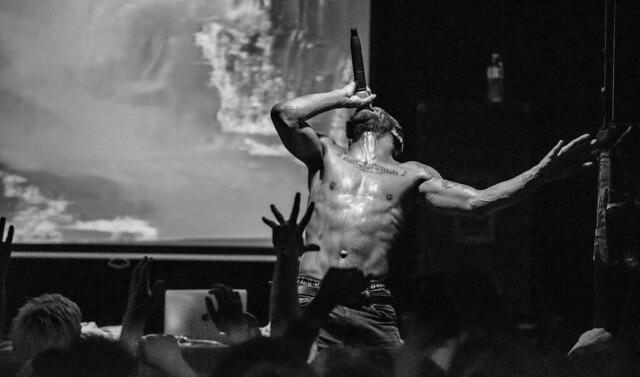 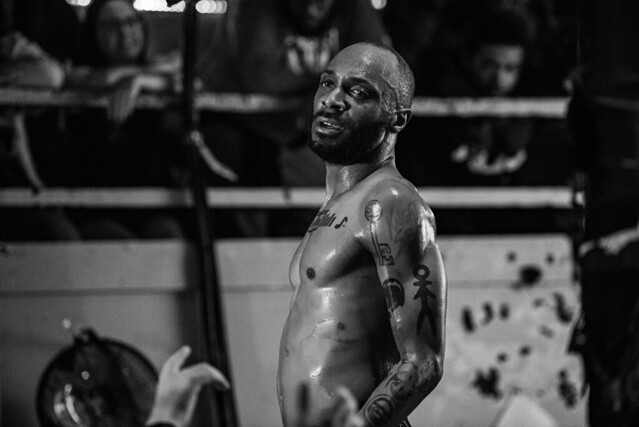 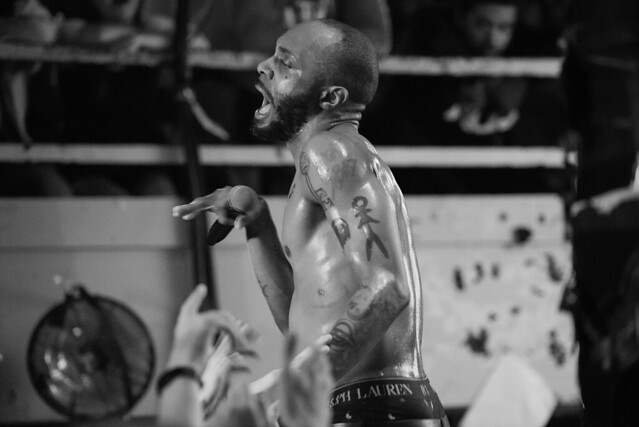 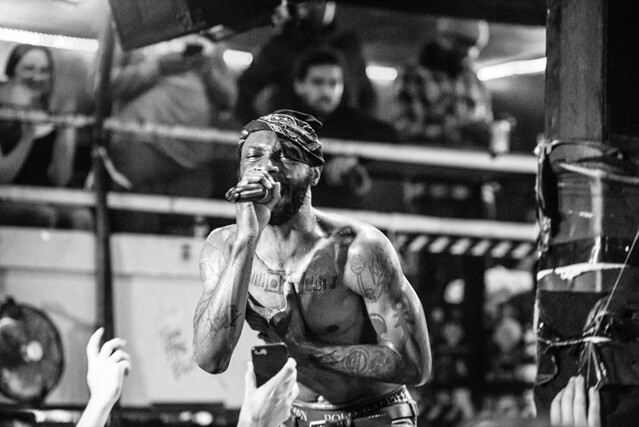