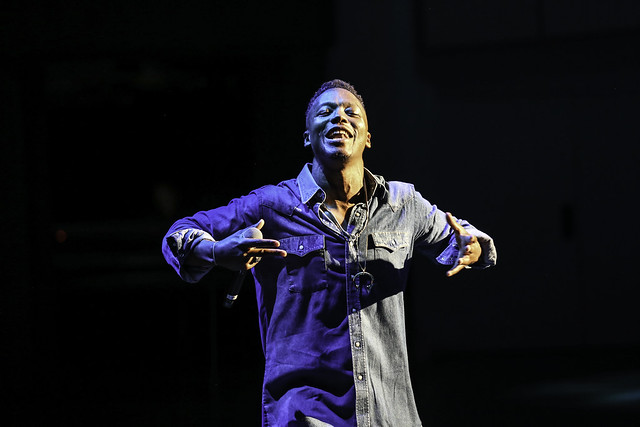 At a time when most of us were finding a way Lupe was leading the way. It was 2006 when he dropped his debut project, Food & Liquor, at a time when gangster rap was losing its foot hold on the game. The generation consuming music was becoming more and more vocal and aware of the social issues that were affecting them directly. Unfortunately, it was also a time when we were losing the authenticity of the storyteller and anyone could purchase an in-home studio.

Watch the official music video for “Kick, Push” by Lupe Fiasco on YouTube:

Lupe, born Wasalu Muhammad Jaco, was a breath of fresh air. He wasn’t out to embellish his experience; he gave us his view of life from his vantage point, so that we could find answers to questions in our own storyline. Fast forward almost 15 years and the Q-Tip-led Hip Hop Culture program at the Kennedy Center tapped Lupe for a night to get reacquainted with his fans on Nov 14.

At the Kennedy Center, seats from the mezzanine to the ground floor were filled at one of the District’s most illustrious cultural institutions. Perfect acoustics brought every excited conversation echoing off the walls to your ears. The lights dim and a single spotlight illuminates the DJ, who spins an unadulterated version of Bad Brain’s “Bad in DC” as a big screen flickers of black struggle, Civil Rights movement, and Jimmy Hendrix at Woodstock. It set the tone for the night’s festivities.

The Chicago MC strolled on stage to loud cheers. Black shades securely covered his eyes. After a brief and introspective montage, he burst into a 8-minute barrage of lyrics showing why he’s credited with birthing your favorite rapper’s favorite rapper.

His opening track blessed us with a first-time performance of “Mural.” He then proceeded to play some of his fan favorites like “Kick, Push,” “Hip Hop Saved My Life,” “DayDreamin’,” and “The Coolest.” You could really tell he was feeling the moment as he two-stepped in between verses dropping lyrics so the crowd could sing along with him. By the time we reached “Touch the Sky” and “Superstar,” a young lady in the front row couldn’t contain herself and Lupe playfully put her in her place: “Relax, we got a lot of show left.” This night brought us back to the essence of hip hop.

No fancy stage design. No crazy lighting. Just a rapper, a DJ, and a story to tell.

Below are images of Lupe Fiasco getting reacquainted with his fans at the Kennedy Center on Nov. 14, 2019. Photos by Jati Lindsay. 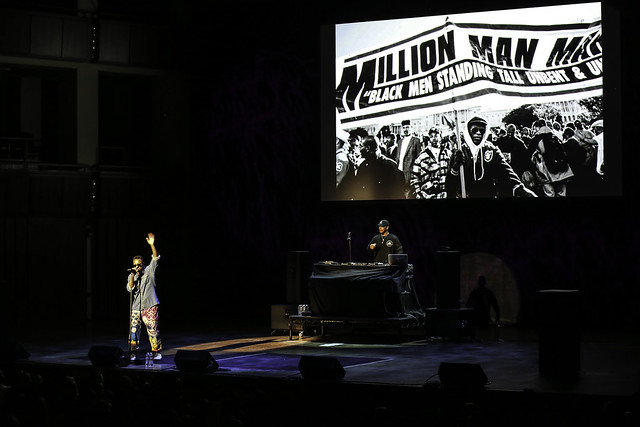 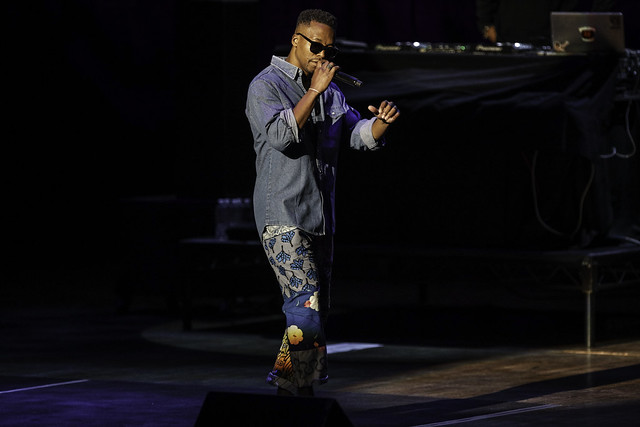 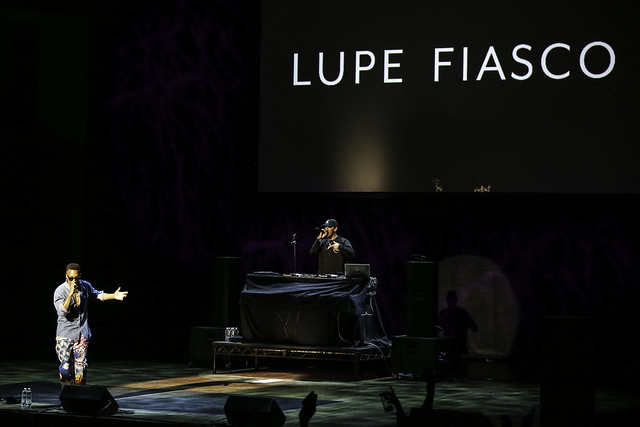 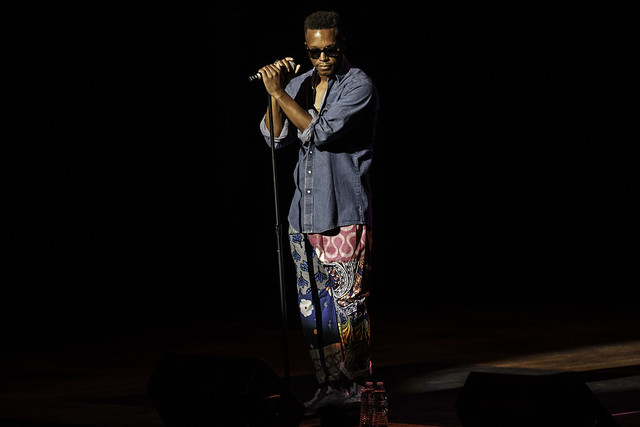 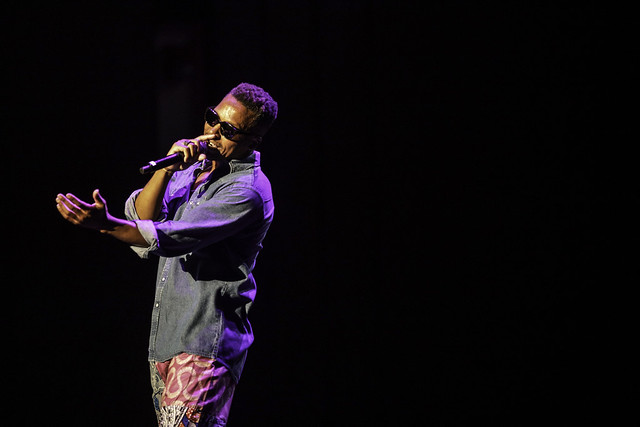 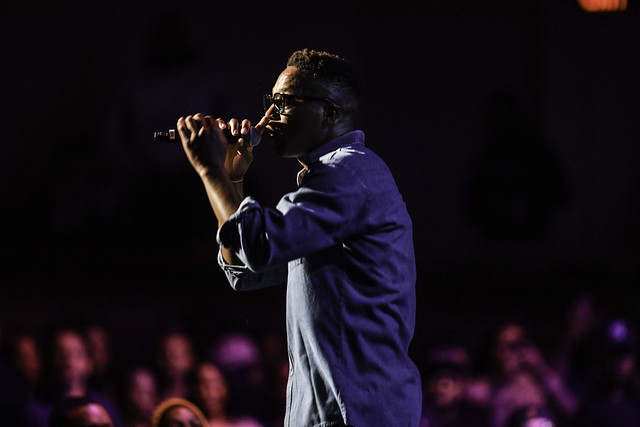 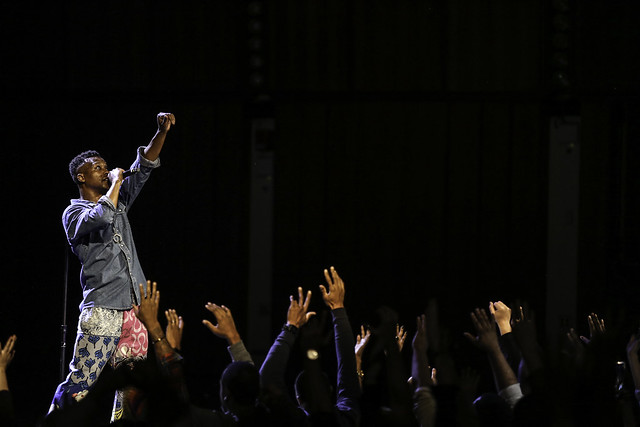 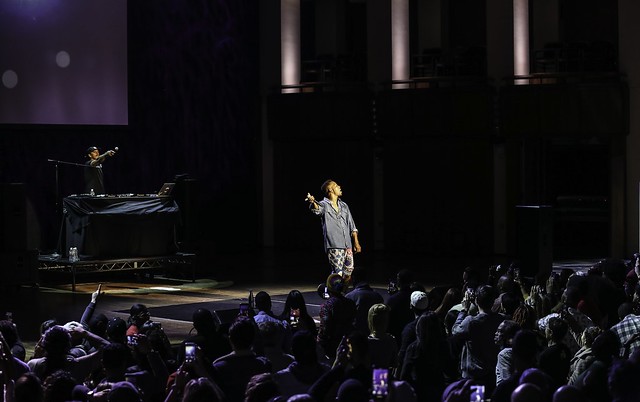 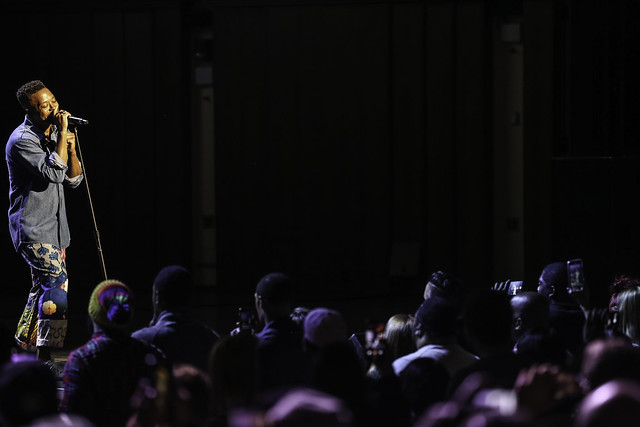 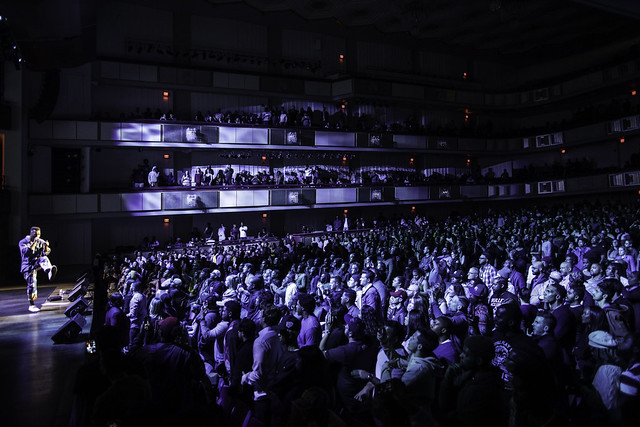 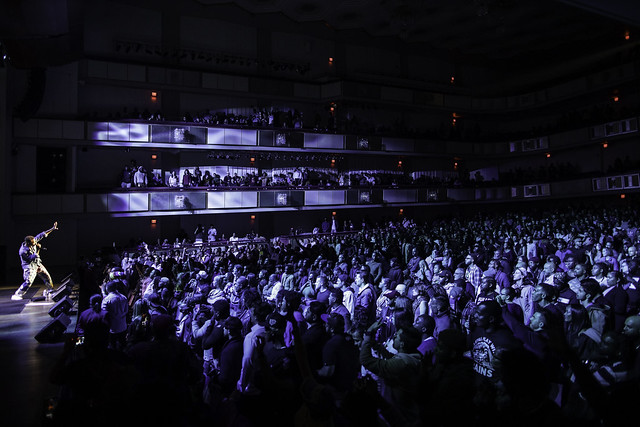