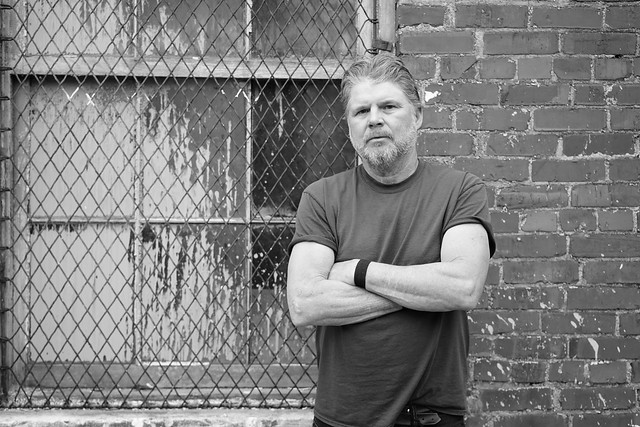 Esteemed singer-songwriter Chris Knight performs at City Winery on Friday, Nov. 22, in support of his most recent record Almost Daylight, which was released in October via Thirty Tigers. His ninth album to date, and his first new music in seven years, Almost Daylight delivers some of the most powerful and unexpected songs of his career.

“It’s hard to know how people are gonna react,” Chris said of Almost Daylight. “I’ve written songs about a lot of different things going all the way back to my first record, and some folks still think ‘somebody kills somebody’ is all I write about. Maybe that’s why I was bound and determined to get these particular songs on this album. If people like them, then we’ll be fine. But I wasn’t gonna do it any other way.”

For the past 20 years, Chris Knight has only made music his own way. He’s released eight acclaimed albums, played thousands of electrifying live shows and built generations of fervent fans from Texas honky-tonks to Manhattan rock clubs. He’s been hailed as “the last of a dying breed… a taciturn loner with an acoustic guitar and a college degree” (The New York Times) and “a storyteller in the best traditions of Mellencamp and Springsteen” (USA Today).

Watch the official music video for “The Damn Truth” by Chris Knight on YouTube:

Almost Daylight is very much a Chris Knight album, familiarly featuring vivid pictures of rural characters, desperate men and hardscrabble survivors. At the same time it’s unlike anything Chris has done before, with formidable testaments to compassion, redemption and even straight-up love. It’s an album both tough and tender, as bare-knuckled as it is open-hearted. “I do think there’s a cohesiveness to this album,” Chris said. “The title is key, I suppose. Through all these songs, you could find a theme about seeking shelter.”