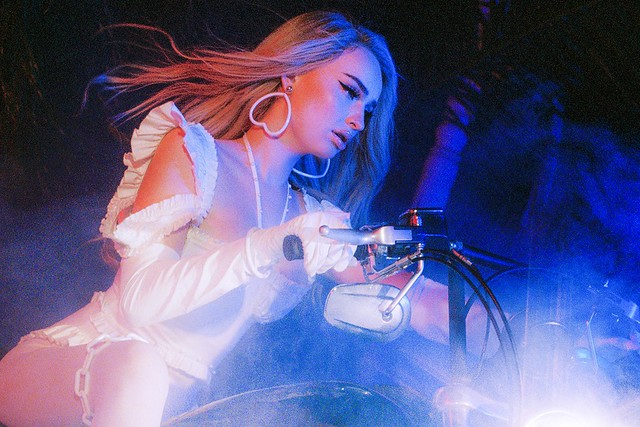 German power pop diva Kim Petras released Turn Off the Light, her second studio album, in October through her own label, BunHead. She now arrives at The Fillmore Silver Spring on Wednesday, Nov. 20, for a show on her Clarity Tour.

The Clarity Tour takes its name from Kim’s debut album, released only in June by the prolific performer. Kim has had an explosive year, most recently releasing her Halloween-inspired project Turn Off the Light on the heels of Clarity, which launched into the Top 4 on the iTunes Pop Chart. Kim’s undeniable voice and imaginative artistry have skyrocketed her to international recognition as one of music’s most promising talents with more than 180 million global streams.

Kim broke out with her #1 Spotify Global Viral 50 bop “I Don’t Want It All,” and reached Top 40 radio with her pop hit “Heart to Break.” Her Clarity collection featured “Icy” alongside a string of lauded singles which dominated Spotify’s “New Music Friday” and Apple Music’s “Best of The Week” for 10 consecutive weeks.

Watch the official music video for “Icy” by Kim Petras on YouTube:

The Clarity Tour follows Kim’s summer Broken Tour, her first-ever headlining tour which recently wrapped its European leg and sold out during presale prompting many of the performances to move to larger venues. To thank her fans, and celebrate her year, every ticket purchased online for The Clarity Tour will include a digital download of Turn Off the Light, which fuses classic horror soundscapes with euphoric, modern, pop hooks to birth a theatrical, Frankensteinian project.