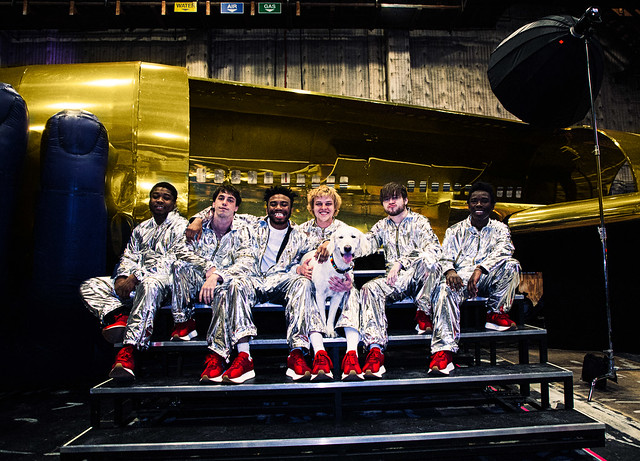 Hip hop collective Brockhampton returned with Ginger, the band’s fifth studio album, over the summer, and now they are traveling the country on their Heaven Belongs to You Tour. On the tour, Brockhampton visits The Anthem in DC on Monday, Nov. 25.

As an opening act, Brockhampton are bringing along British rapper Slowthai, who prominently featured on Ginger track “Heaven Belongs to You,” which lends its name to the tour.

Formed in 2015, Brockhampton is a group of rappers hailing from San Marcos, Texas. Led by Kevin Abstract, the group has at least 16 members by our count. They have been breaking out and climbing the charts since the release of Saturation, their debut album, in 2017.

Watch the official music video for “Heaven Belongs to You” by Brockhampton on YouTube:

In a review for The Line of Best Fit, Sophie Walker hails Ginger as “mesmeric” and “transforming.”

“Ginger yields a sound that is more emotionally evolved than any album thus far. Where The Saturation Trilogy was raw youthfulness and Iridescence was loaded with erratic expression, Ginger is, at last, the coherence we have been searching for. Here is a band who have had the chance to breathe, to live, to process — the result is Brockhampton have finally come of age,” Sophie wrote.